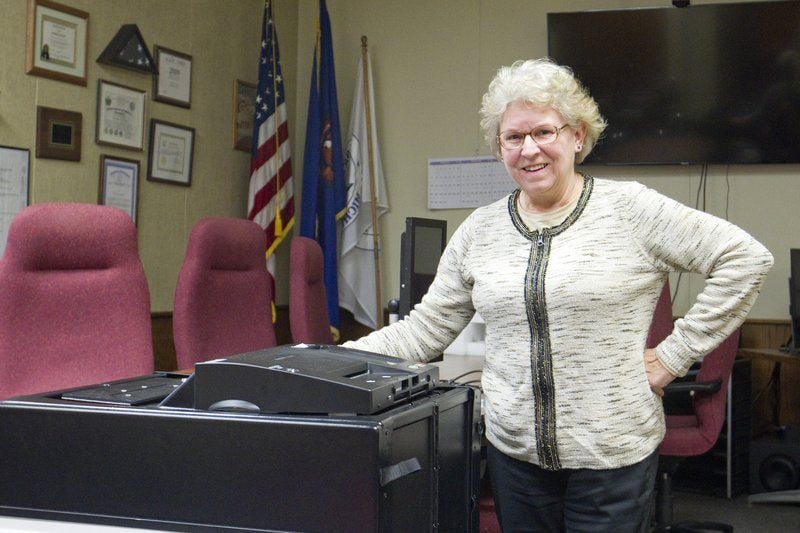 Kalkaska County Clerk Deborah Hill stands with the county's new voting equipment, something every precinct in the state will be getting. 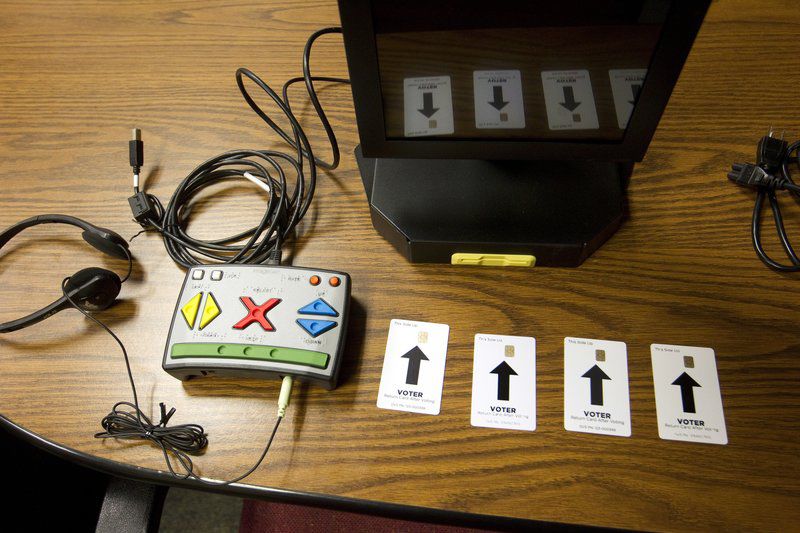 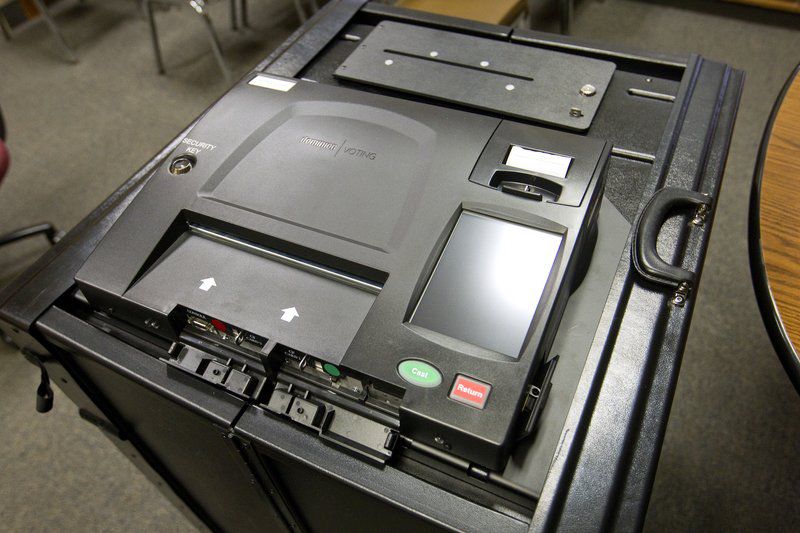 Kalkaska County's new voting equipment, something every precinct in the state will be getting.

Kalkaska County Clerk Deborah Hill stands with the county's new voting equipment, something every precinct in the state will be getting.

Kalkaska County's new voting equipment, something every precinct in the state will be getting.

KALKASKA — New voting equipment will be in place across Michigan for the August election, and while most registered voters won't see much that's different, those with disabilities will.

The new state-funded equipment includes new tabulators with wireless modems, software and for those who need them, voter-assisted terminals. The system still uses paper ballots, but is quicker to count those ballots and get the results to the county clerk.

Voter-assisted terminals replace the current auto-markers and will let a voter hear ballot choices via headphones and see them on a computer screen that allows them to make their selections with the touch of a finger.

There are also Braille keypads and a port so that anyone who uses a sip-and-puff or track ball device can just plug into the terminal.

When they're done a paper ballot is printed out that is then fed into the tabulator.

"Having the ability to vote no matter who you are is really important," said Demarie Jones, information and independent living specialist for the Disability Network Northern Michigan. "It's giving a whole group of people who might not have had that ability their power back."

Fred Woodhams, a spokesman for the Secretary of State, said the new accessibility terminals are an improvement over the old auto-markers.

"We did work with advocates from voters with disabilities and heard their feedback that this system is better overall," Woodhams said.

Sarah Lutz, chief deputy clerk and elections manager for Grand Traverse County, said the voter-assisted terminals are not limited to those with disabilities and anyone can use them. She thinks a lot of younger voters will like them.

It's been more than a dozen years since voting equipment was updated in Michigan. The new equipment is being paid for with $30 million in federal Help America Vote Act money that Michigan has been saving for several years and with $10 million in funding approved by the state legislature. State coffers will cover the up-front costs, with local municipalities picking up the tab on extra tabulators or other equipment they want to purchase.

The state is also paying for maintenance and user fees for the first five years.

In Grand Traverse, the new tabulators have already arrived.

The tabulators are easier to use, are faster and have wireless modems that make sending results in at the end of the night a more efficient process, Scheele said.

"Every machine has a modem so that at the end of the night they hit a button and the results are transmitted to the county," Scheele said.

Ballots are currently tallied and results are transmitted to the county via phone modems or, in some cases, phoned in.

In Leelanau County the new equipment will be arriving soon.

"Hopefully it will be a seamless transition for the voters," said Michelle Crocker, Leelanau County clerk.

Kalkaska County has had its new equipment since last year, with some registered voters using it in November, when a school election was held in four precincts.

"For the most part the township clerks and election workers liked it," said Deborah Hill, county clerk. "I don't know of any real issues with it."

The only cost to the county was a $2,000 delivery fee to have the equipment brought to Kalkaska and disbursed to the townships, Hill said.

Leelanau County was not having problems with its equipment, Crocker said, but noted that it will be good to have the updated technology.

Scheele said that the old tabulators used in Grand Traverse were very accurate, but the machines were getting past their life expectancy.

"When we did recounts very rarely did we even find one or two extra votes and they were usually from absentee voters," she said. "Otherwise the votes were spot on."

Tabulators have a one-way transmission, meaning they can only send information, not receive.

Scheele said she is confident that the new system is secure, as a separate server that is only connected to the tabulators is literally locked in a vault.

"I don't want anybody to worry about hacking," she said. "There are so many security measures in the software and equipment that I don't ever see that happening."

The new tabulators will also immediately catch errors such as undervoting and overvoting when a ballot is inserted. The machine will hold onto the ballot, giving the voter the option to start over with a new ballot or cast their vote as is.

Several problems with the state's voting system were discovered after the November 2016 election during a recount requested by Green Party candidate Jill Stein.

The recount was stopped after just three days when a state appeals court found Stein, who got about 1 percent of the vote, had no chance of winning the election and therefore no legal standing to ask for the recount.

But discrepancies between the number of ballots and the number of those who voted, ballot boxes that were not sealed properly and poll books that couldn't be balanced were found in more than half of Detroit's precincts. A state audit later showed that many of the discrepancies were caused by human error and not voter fraud.

Woodhams said new voting equipment was not spurred by the problems seen in Detroit, that the process of choosing vendors and getting everything in place is a lengthy one.

Grand Traverse purchased its equipment from Election Systems and Software, joining just six counties across the state. Most counties — 65 — have chosen Dominion, including Antrim, Benzie, Leelanau and Kalkaska.

Counties used state grants to cover the cost of the required new voting systems. This list details how much equipment each area county purchased and the state-funded cost:

*The range in software costs is due to programs that allow counties to build their own ballots vs. those that require a county to use a vendor to create ballots.