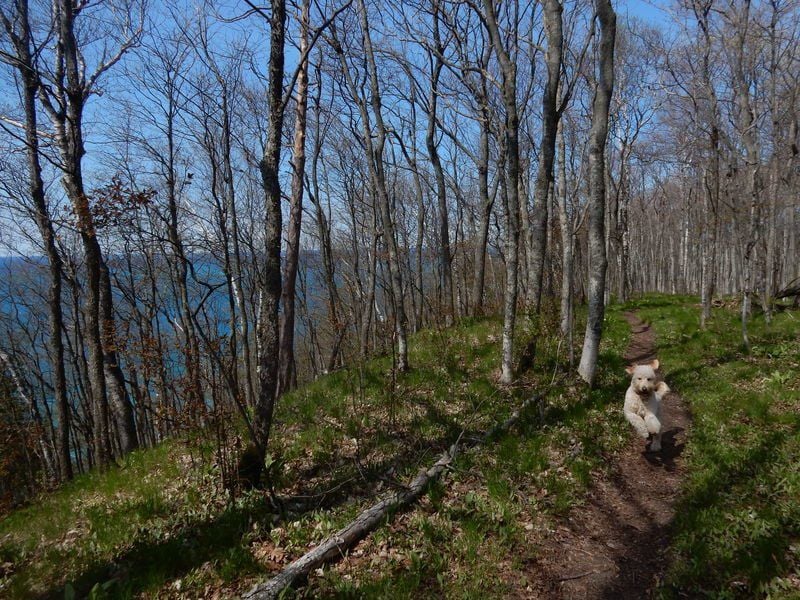 My goldendoodle Lulu enjoys a spring run along the bluff trail. 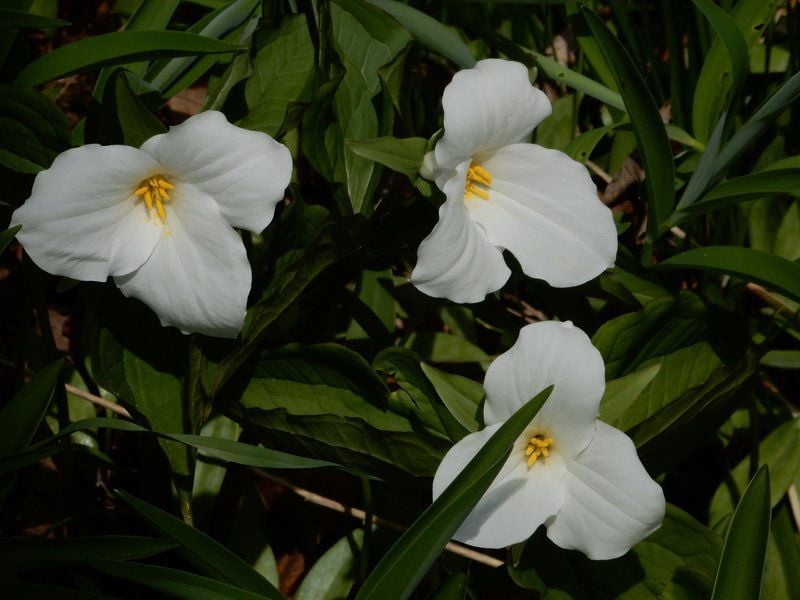 Trillium is all over the top of the glacial moraine. 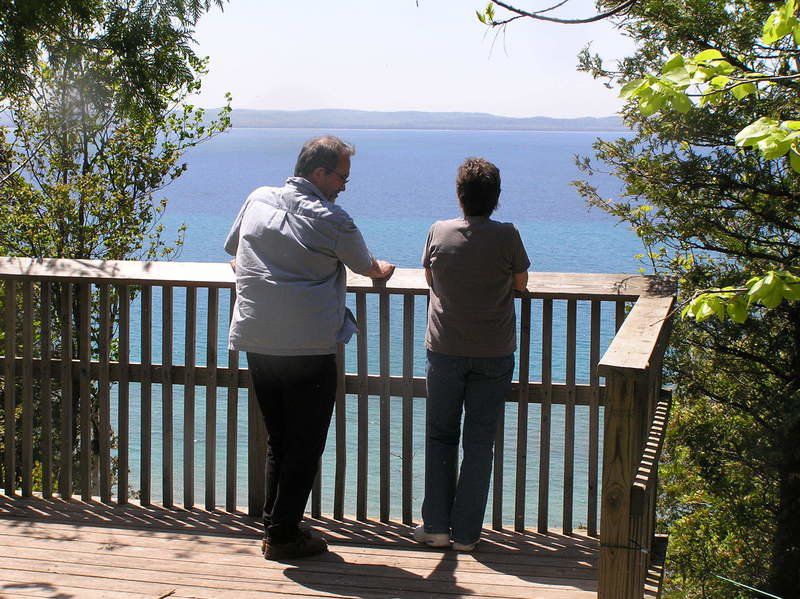 A couple enjoys the panoramic view of Good Harbor Bay from the overlook. 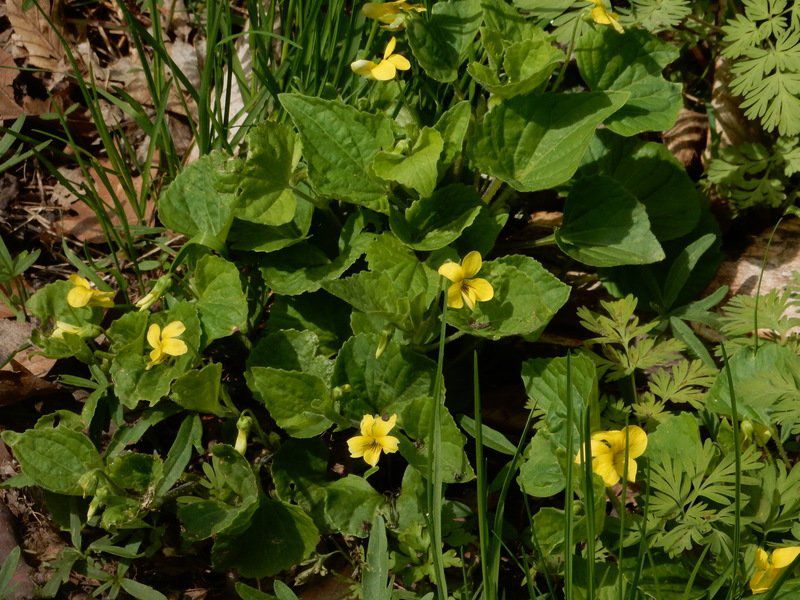 Yellow violets bring a bright yellow to the forest floor. 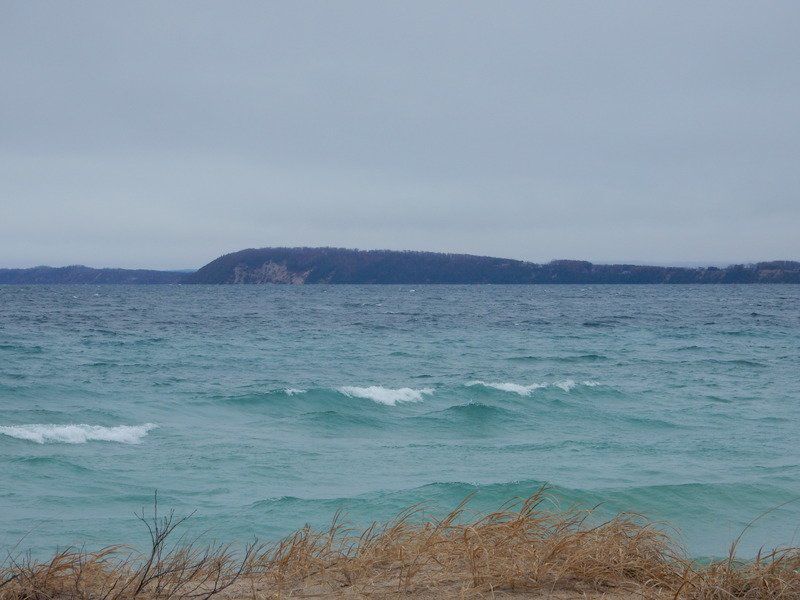 Whaleback is a prominent feature visible from much of the Leelanau coastline.

My goldendoodle Lulu enjoys a spring run along the bluff trail.

Trillium is all over the top of the glacial moraine.

A couple enjoys the panoramic view of Good Harbor Bay from the overlook.

Yellow violets bring a bright yellow to the forest floor.

Whaleback is a prominent feature visible from much of the Leelanau coastline.

That strand from a song performed by Kirk Douglas in "20,000 Leagues Under The Sea" frequently comes to mind when hiking Leelanau County’s Whaleback Natural Area. It was one of my favorite movies as a young lad, and it’s the only song I know about whales. It always fired up my imagination, and maybe that’s why.

A brooding humpbacked mound of land, Whaleback rises over 300 feet above Lake Michigan and is one of the most recognized features along the Leelanau shoreline. Looking like a beached whale it has long fired the imagination of local residents.

One of the largest undeveloped shoreline tracts in the county, the natural area encompasses close to 40-acres and a half-mile or so of pristine Lake Michigan shoreline. The Leelanau Conservancy acquired an interest in the property over a couple of decades ago and created the natural area in 1996.

It’s not one of the Conservancy’s larger holdings, but it’s one of the most frequently visited, according to staff. That’s despite the fact that the parking lot, off M22 just south of Leland and Whaleback Inn, only holds about six vehicles. Village residents will walk over and make the climb.

It’s not a long trail, little over a mile with about a half-mile steep climb. Once on top you have a nice three-quarter-mile loop trail and an observation deck offering picturesque views of Good Harbor Bay, Pyramid Point and the Manitou Islands. The trail on top continues along the bluff reaching a point where you have a limited overlook of Leland beaches before returning to the trail you came up.

I’ve been there in early May when thick fog moves up deep, finger-like ravines from Lake Michigan and break over the top of Whaleback. Standing on the observation deck all you could see was the distant top of Pyramid Point on the other side of the bay. Wisps of fog moving up the bluff provide an almost ethereal experience. I could imagine ancient sailors using the Whale as a reference point for the mainland.

The top is covered by a second growth hardwood forest; maple, beech, red oak, white ash, cedar and even some ironwood. The larger trees are probably close to a century old and some of the oldest are along the top of the bluff. They may not appear as big, but harsh conditions with wind and exposure stunts their growth.

The canopy also shelters bald eagles, which nest here. You occasionally see them from the observation platform flying over the bay along the bluff.

Wildflowers do very well in the micro-climate on top; trillium, Dutchman’s breeches, yellow violets, spring beauties, jack-in-the-pulpit, trout lilies and periwinkle grow in abundance. There are even wild thimbleberries, which are hardly ever found in the Lower Peninsula. Normally found along the Lake Superior coastline it tells you something about the harsh conditions.

Sitting on top of the Whaleback is one of those special perks you get living up here. Sunsets are spectacular. May is one of my favorite times to hike here.

Glacial Hill Trail, the main trail climbing this ancient glacial moraine left behind 11,000 years ago, steadily climbs to the top. It’s fairly steep, but the views from the top are worth the climb. Stay on the trail. Some of it crosses private property to access the natural area on top. There’s a bench about halfway up, a nice rest from the climb. You come back down the same way.

A sign near the top alerts that you are now in the natural area, and it’s also where a loop trail on top reconnects with the main trail. Follow the main trail on up to the observation deck perched on the edge of the bluff where you’re rewarded with spectacular views. After spending time enjoying the overlook, follow the trail left along the bluff to another overlook of the shoreline far below leading to Leland.

A loop brings you back around to the main trail, which you follow back down. Trails are distinguishable and easy to follow.