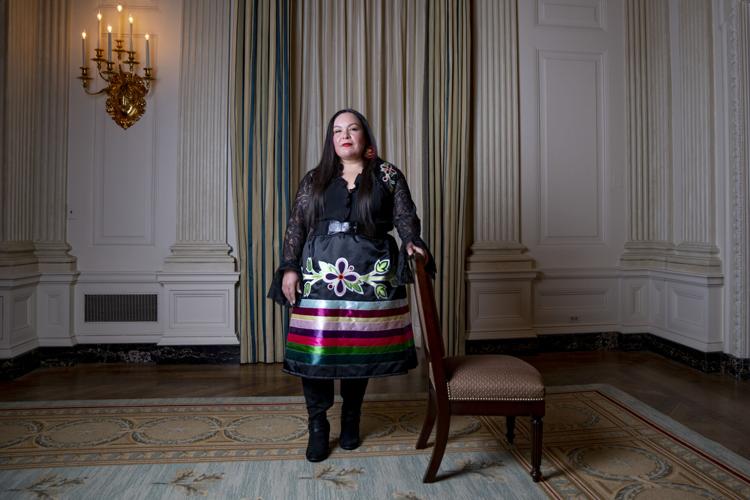 Melissa Isaac of the Saginaw Chippewa Indian Tribe, First Lady Jill Biden’s guest for the State of the Union Address, in the State Dining Room at the White House. 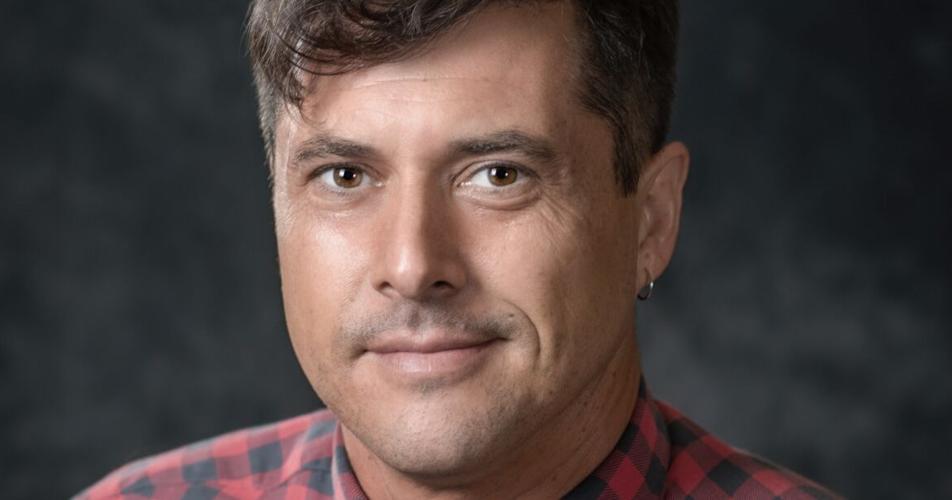 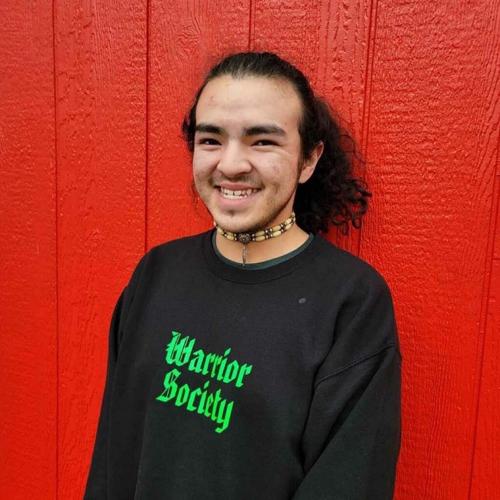 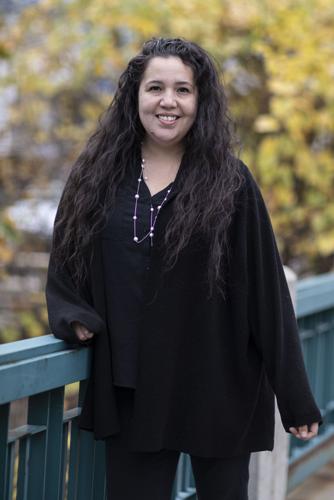 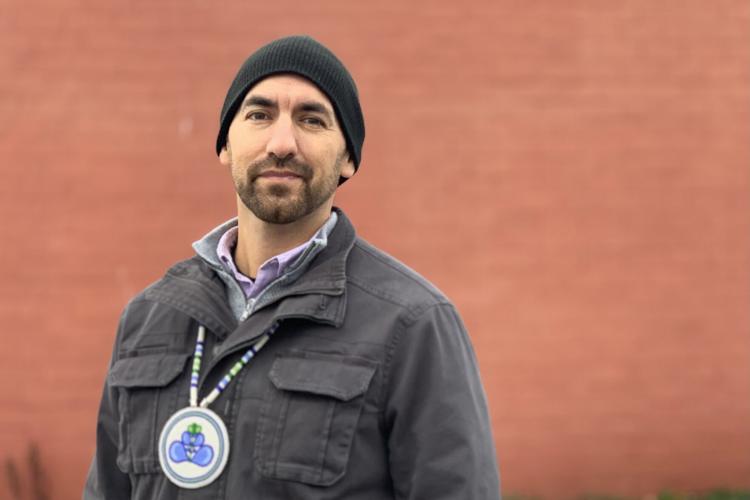 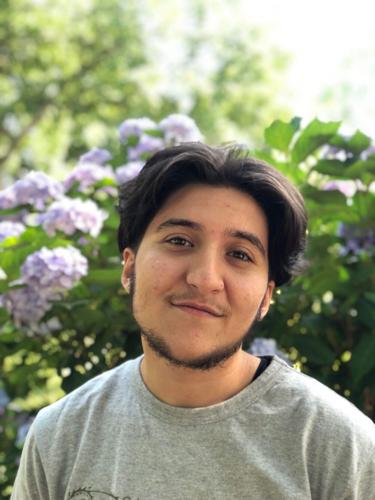 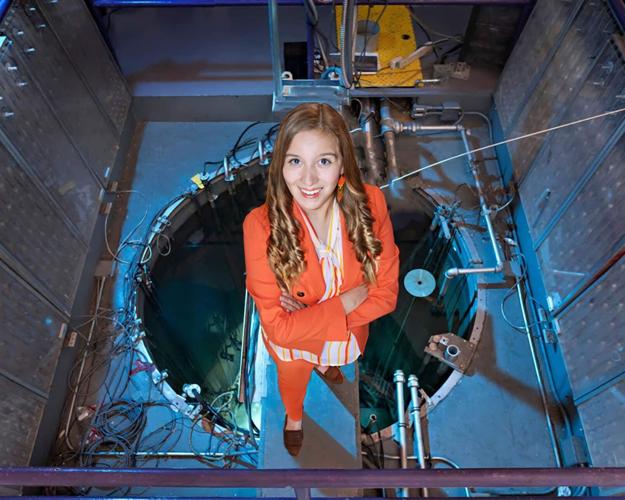 Aanzhihkwe Angela Teeple is part of a seven-member team that analyzes nuclear effects on aircraft, environments, and personnel for the U.S. Air Force.

Melissa Isaac of the Saginaw Chippewa Indian Tribe, First Lady Jill Biden’s guest for the State of the Union Address, in the State Dining Room at the White House.

Aanzhihkwe Angela Teeple is part of a seven-member team that analyzes nuclear effects on aircraft, environments, and personnel for the U.S. Air Force.

TRAVERSE CITY — The teachings, histories, and cultures of the Anishinaabek are found in the names of those who carry the stories.

What embarked last year from a story profiled during Native American Heritage Month progressively evolved into the series, “Anishinaabek Neighbors” with the simple goal of uplifting those voices.

Stories came from educators, scientists, business owners, and authors — all differently experiencing the 21st century as Anishinaabek, but all members of communities that are creating change for the next seven generations.

The Traverse City Record-Eagle highlights profiles of Anishinaabek neighbors of the region.

In an interview for the story of a young mother, and Harvard law student, Krystina John, a citizen of the Grand Traverse Band of Ottawa and Chippewa Indians, said she wanted people to understand, “we are still here.”

The lack of historical acknowledgement of the significant contributions the Anishinaabek often leaves room for misconstrued assumptions, as John said, many of those featured discussed the importance of shedding light on the misconceptions portrayed about Native Americans, particularly through media.

“We are so many things, but most importantly, we are the echoes of resilience and hope made flesh,” John said last November.

Representation of contemporary Native Americans is almost completely absent from all aspects of society in education, pop culture, and media. The Grand Traverse region has scarce Anishinaabek representation, and many people raised here are disconnected to the history of the Grand Traverse Band of Ottawa and Chippewa Indians, said Mark Wilson, a citizen of GTB.

The Anishinaabek aren’t just people of the past, Wilson, a former vice chairman of the GTB Tribal council, now Traverse City Commissioner, said.

“Our identity is often reduced to the casinos, and our culture isn’t really celebrated here, but it could be and it should be.”

Regionally, the Odawa Anishinaabek had fishing settlements along the Boardman/ Ottaway River, and permanent seasonal gardens that produced key crops, such as corn, beans, and squash, that stretched for acres. Within Grand Traverse County, archaeologists documented eight villages, six large burial grounds, and 55 mounds, according to the Traverse City Area Chamber of Commerce.

The presence of Odawa Anishinaabek has always been strong, but the devaluing of Indigenous knowledge systems, and traditional ecological knowledge created “pockets of isolation” for many young Indigenous Peoples, citizen of the Saginaw Chippewa Indian Tribe Melissa Isaac said in March.

As an educator, Gizhwaasod: Protector of the Young for the Michigan Department of Education, she voiced the need for Indigenous perspective, knowledge, and understanding to break down barriers and create paths for the next generations.

“I am trying to create a path for those who come after me,” said Isaac.

Paths for younger Anishinaabe, like for 21-year-old GTB citizen Giiwedin Shawandase, meant being vulnerable in telling their story as an open Two-Spirit person featured on the front page of the Record-Eagle.

“The more I learn about myself, the clearer I understand my purpose for community,” he said.

Shawanadase and others used their platform to discuss the issues that Native Americans face today, such as the high rates of murdered, missing Indigenous Peoples, systemic racism, and the legacy effects from historical oppression felt today in all Native communities.

Stories echoed through the series that intertwine each other with traditions and the language tied to the land and waters. Many neighbors, like Jamie John, a citizen of GTB, are very close to the stories they tell.

“I am always thinking about if my art is arguing for our (Anishinaabek) people, if it serves my community, if it challenges what we think or know about the Anishinaabek,” John said in June.

Representing themselves authentically allows for stories to be told from the perspective of those who are the past, present and future of the Anishinaabek.

“The ramifications of colonial control of Indigenous agency has been profound on the identity of Native Peoples,” said Emmy-nominated Métis artist, scholar, author, and professor Seth Thomas Sutton.

“How do we retain our identity in the age of blood quantum, and cigar shop-Indians?” he said in August.

“I am on the path of trying to understand that myself.”