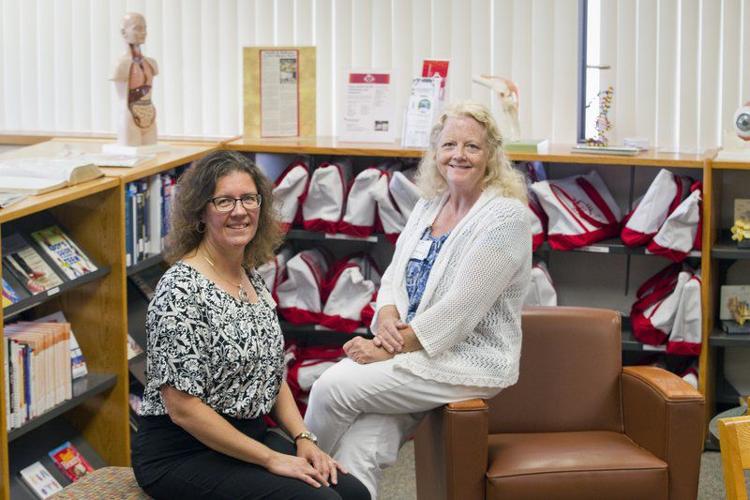 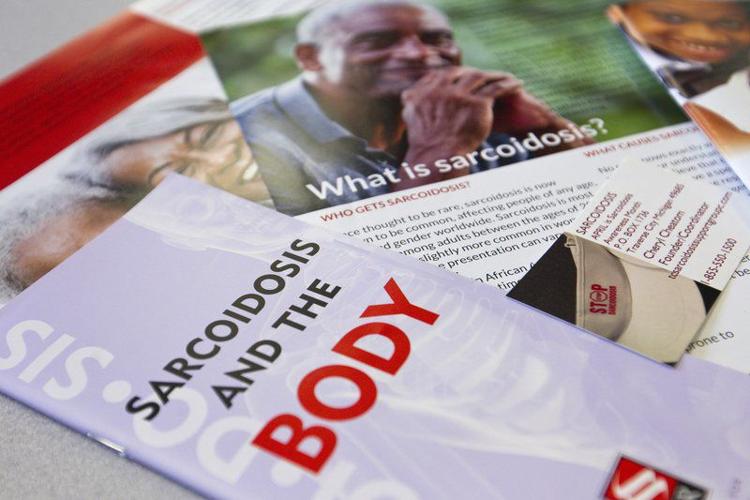 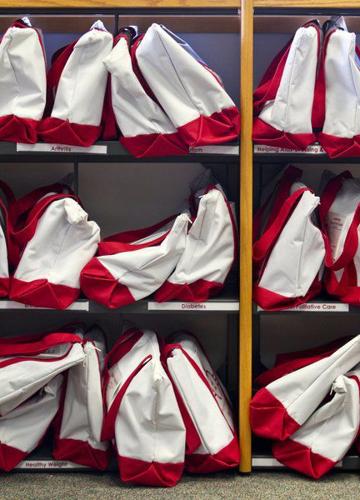 Record-Eagle/Jan-Michael StumpThe Munson Community Health Library Health and Wellness To Go program will soon offer a sarcoidosis tote bag, similar to one currently offered on topics such as diabetes or arthritis, with information on the auto immune disease.

Record-Eagle/Jan-Michael StumpThe Munson Community Health Library Health and Wellness To Go program will soon offer a sarcoidosis tote bag, similar to one currently offered on topics such as diabetes or arthritis, with information on the auto immune disease.

TRAVERSE CITY — Cheryl Cheatom thought she had a cold in the fall of 2005. She was wrong.

She said she felt so ill by December she could barely walk. Her doctor ordered some tests to figure out the problem, so she went to Ann Arbor for a lung biopsy.

The doctor initially told her she had cancer — a common misdiagnosis of sarcoidosis, an inflammatory disease that affects multiple organs.

“I never heard of the word ‘sarcoidosis,’” Cheatom said of her 2006 diagnosis. “A lot of people didn’t know about this disease when I got it. I couldn’t find help. They told me it was rare.”

Sarcoidosis is scary, she said, because many healthcare providers know little about it and often misdiagnose it because the causes are unknown and there are a multitude of symptoms.

Cheatom, a local nurse, has been in remission — without long-term symptoms of sarcoidosis — since 2013. She started the Traverse City Sarcoidosis Support Group in 2008 to help others who have the disease.

“I started the support group to share what information I could,” she said. “At that time, we didn’t have anybody in the area. People from all over TC need help.”

She provides brochures and information about trials and other news relating to the chronic disease.

Though the Traverse City Sarcoidosis Support Group is based online, she said group members meet in person a couple times a year. About 18 people are actively involved with the group.

“We have people from different areas of the country because they don’t have a support group in their area,” said Cheatom, naming Florida and New York as examples. She refers people to groups closer to their cities whenever possible.

Cheatom is working to raise more awareness of sarcoidosis. One way is by collaborating with staff at the Munson Community Health Library.

Janette Ransom, a medical librarian, said she was unfamiliar with sarcoidosis until Cheatom contacted her last winter. She hopes adding it to the library will increase community knowledge of the disease.

“We’re working on the right now,” she said. “We want to support that. I think once people know about it, they will check it out.”

Ransom said the plan is to add sarcoidosis resources to the free “Health & Wellness To Go” program. This includes tote bags filled with health-related information on various topics such as autism, stroke and diabetes. Contents vary, but each bag usually contains a DVD and a folder with handouts to keep.

Though they initially started the program in 2015 for seniors, Ransom said anyone is welcome to borrow a backpack.

“They can be checked out for three weeks,” she said. “The library is a gift that Munson has for the community.”

Cheatom said the library also plans to host a speaker each month and provide other events for support group members to connect.

Sen. David Knezek introduced a bill to the Michigan Senate in January that would permanently make April Sarcoidosis Awareness Month. A handful of states have passed a similar bill.

Additionally, Cheatom said she has petitioned for a proclamation from the governor that would temporarily recognize the month of April as Sarcoidosis Awareness Month.

“We’re trying to make it more permanent so insurance companies and other people will help recognize us,” Cheatom said. “We’re still trying to get healthcare personnel to understand sarcoidosis. Improper treatment can lead to death.”

Editor's note: This story has been updated to correct incorrect information. — Aug. 10, 2018