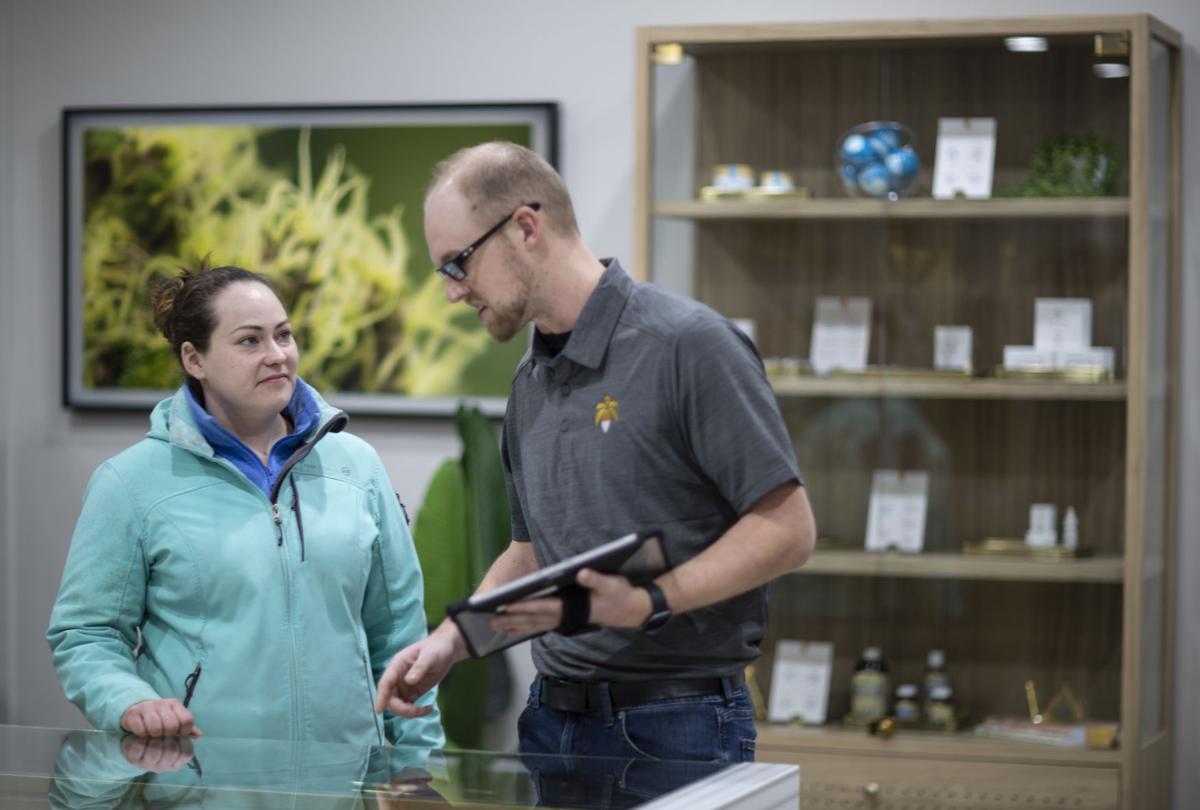 Tabitha Knudsen listens to Budtender Rick Kole at Lume Cannabis Company during the dispensary’s launch of recreational sales in Honor on Friday. 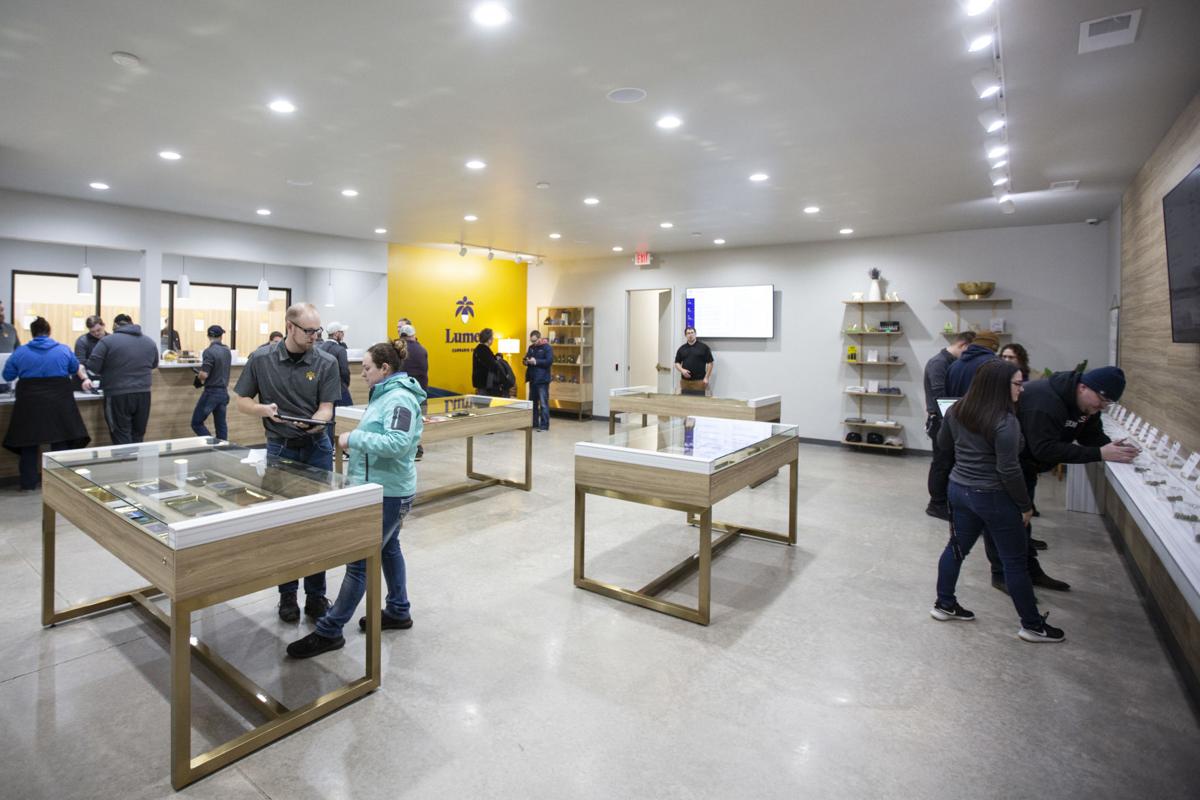 Budtenders assist customers at Lume Cannabis Company during the dispensary’s launch of recreational sales in Honor on Friday.

Tabitha Knudsen listens to Budtender Rick Kole at Lume Cannabis Company during the dispensary’s launch of recreational sales in Honor on Friday.

Budtenders assist customers at Lume Cannabis Company during the dispensary’s launch of recreational sales in Honor on Friday.

HONOR — Many of Lume Cannabis Company’s customers entered the new marijuana provisioning center store in Beulah with a sense of curiosity.

After doing a little shopping, many of those customers left happy.

The center — the first retailer of adult-use marijuana in the Grand Traverse region — opened Friday to long lines of people waiting to purchase products with names like Blood Star, Sundae Driver and Cannalicious.

“I’m glad I don’t have to drive down to Bay City anymore,” said Alex Ivy, a Traverse City resident.

There are edibles, like the four-dose fudge box selling for $25 and 100 mg. of cannabis-infused espresso beans costing $20.

There are also CBD (cannabidiol) bath bombs, skin patches and body butter that range from $10 to $50.

“Any way that someone would like to consume, we try to provide that for them,” said John Lohner, wholesale purchasing manager. “If they don’t want to smoke they don’t have to.”

Veterans and customers with a medical marijuana card are given a discount.

Upon entering the Lume center, customers put their name on a sign-up sheet in the lobby, where they wait until they are escorted into the locked flower room by a “luminary” or attendant.

Also known as “bud tenders,” the luminaries work one-on-one with customers, showing available products — which are all showcased in the flower room — answering questions and taking orders.

Dillon Collins of Copemish says allowing people to legally use marijuana will bring down the use of illegal drugs, such as heroin. Plus, the dispensary will bring money into the area.

“It’s nice that this is coming to our community,” Collins said.

Doug Hellyar, of Traverse City, is president and CEO of the Lume Cannabis Company, which plans to have 20 stores in Michigan by the end of the year.

The company opened a store in Evart in December and sold out of some of its products just two days later.

The goal is to add 20 stores per year for the next five years, including in Traverse City.

“We are not multi-state operators,” Hellyar said. “We are focused exclusively on Michigan.”

The company employs 150 people and grows and processes all of its own products.

“We control the entire life of the plant,” he said.

Indoor and outdoor security cameras are required by law for all cannabis-related businesses, though security guards are optional.

Gary Meadowcroft is a site supervisor with Emmons & Associates, the company that provides security for all Lume centers in the state.

“You meet a lot of nice people,” said Meadowcroft, who is armed with a 9mm handgun. “They’ve been waiting for this for a long time, patiently.”

State voters approved Proposal 1, the Michigan Regulation and Taxation of Marihuana Act, in November 2018 that allows for recreational use of the drug. One year later the state began taking applications for licenses.

Most municipalities in the Grand Traverse region have opted out of allowing recreational marijuana businesses. In addition to the Honor center, two businesses in Kalkaska have received recreational licenses.

In Traverse City, 13 medical marijuana licenses were issued lottery-style after 72 applications were received.

Two of those have opened, though adult-use sales are on hold until zoning rules are written for the businesses.

Paul Little of Honor was at the Benzie County dispensary to see what it’s all about. He likes the idea that marijuana can now be bought and sold legally.

“Instead of the money going out there non-legit, this way they’ll be paying taxes on it,” Little said.

Was he planning to make a purchase?

This story was corrected on 2-3-20 to change a unit of measurement.