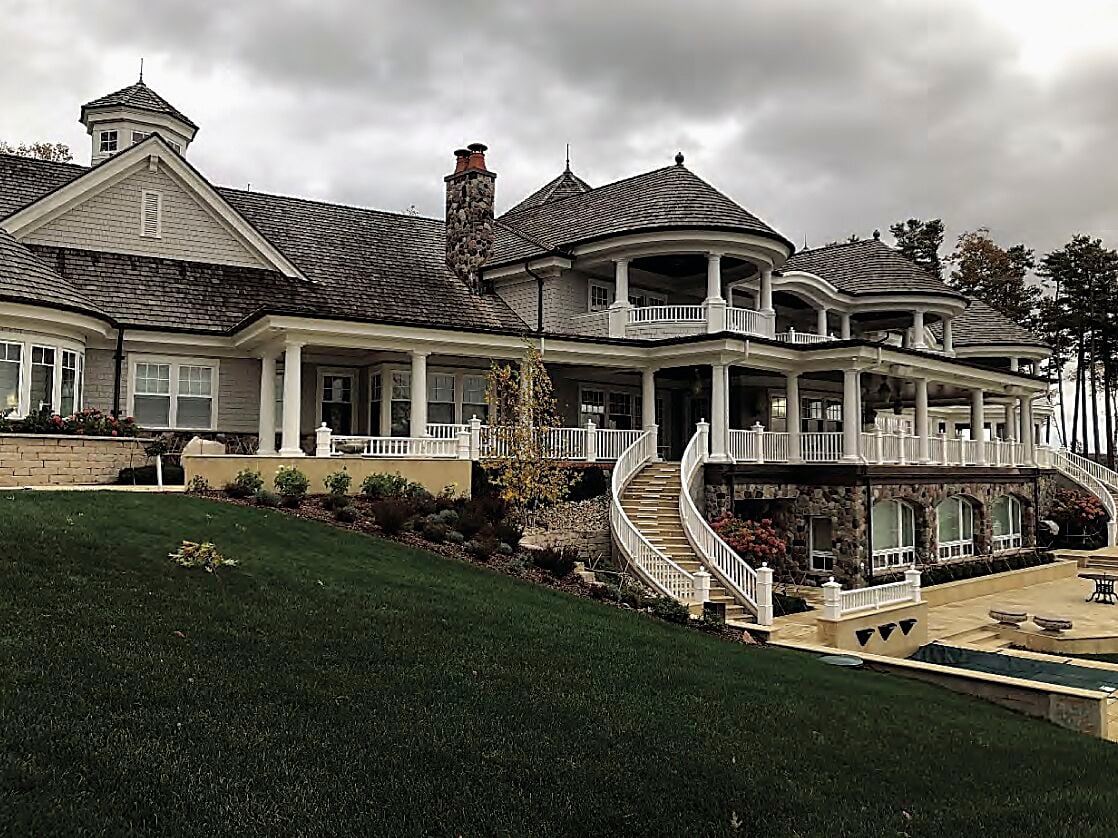 This 23,938-square-foot summer home is focus of a property tax dispute in Leland Township. 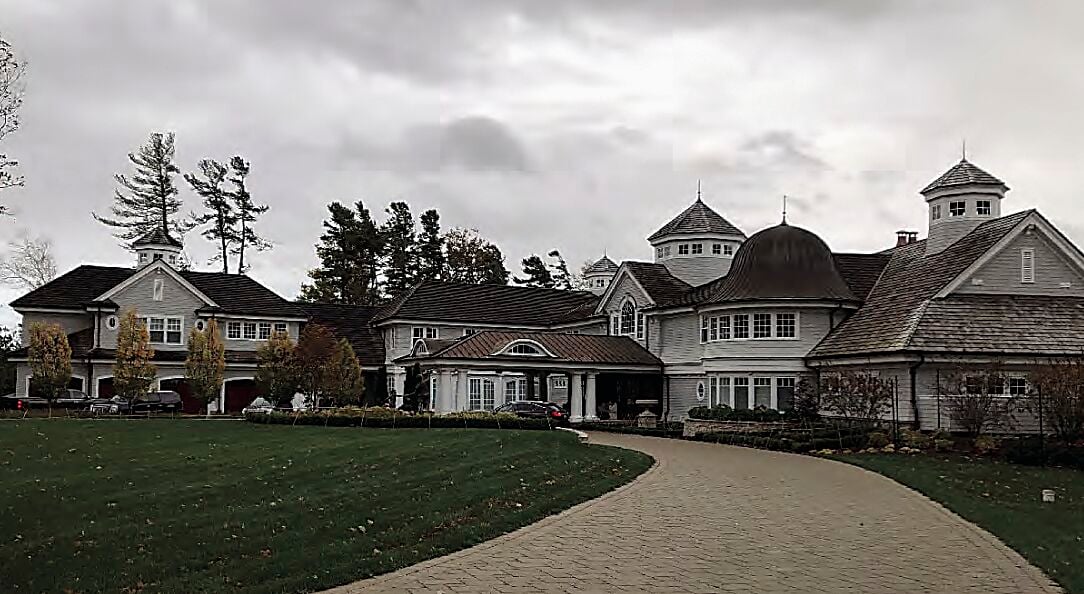 Leland Township officials withdrew a $24 million valuation of a palatial estate on North Lake Leelanau ahead of a January hearing with the Michigan Tax Tribunal. 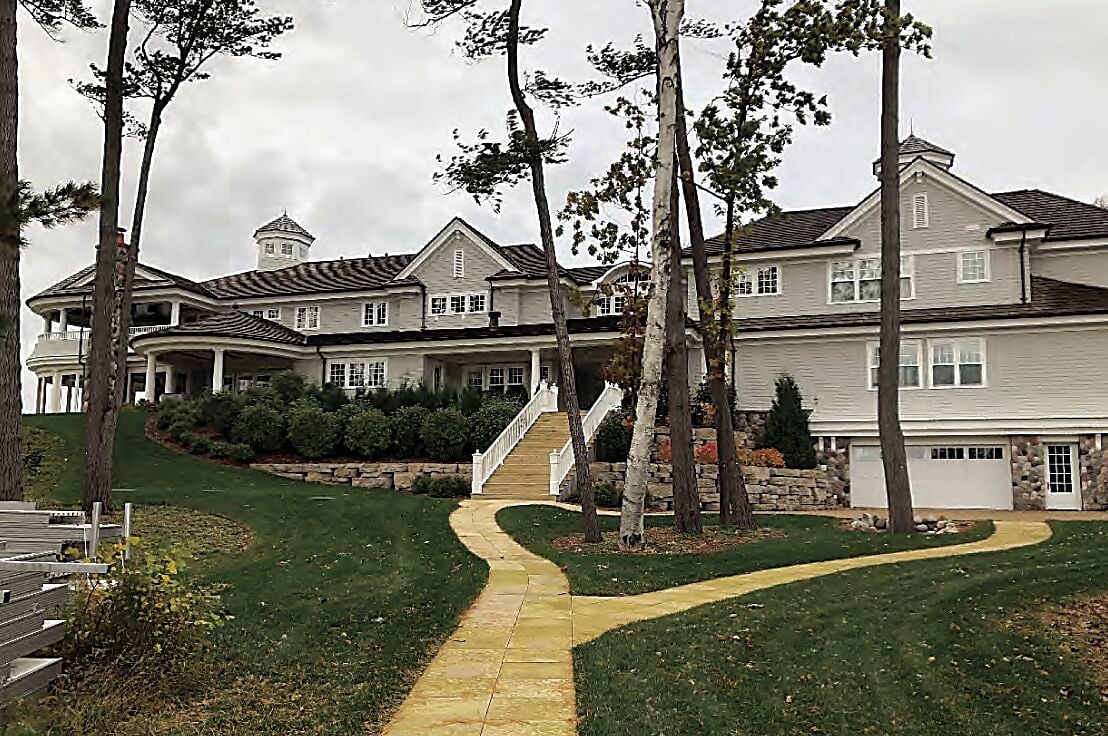 Township officials commissioned a second appraisal on this Lake Leelanau home after the owner disputed a $24 million valuation.

This 23,938-square-foot summer home is focus of a property tax dispute in Leland Township.

Leland Township officials withdrew a $24 million valuation of a palatial estate on North Lake Leelanau ahead of a January hearing with the Michigan Tax Tribunal.

Township officials commissioned a second appraisal on this Lake Leelanau home after the owner disputed a $24 million valuation.

LELAND — Leland Township officials have withdrawn a $24 million valuation of a palatial estate on North Lake Leelanau ahead of a January hearing with the Michigan Tax Tribunal.

They now contend the 23,938-square-foot summer home has a true cash value of $13.3 million, a figure determined in a second appraisal done by a Traverse City company hired by the township and submitted to the tribunal in late September.

An attorney for Richard Stephenson, the home’s owner, says the home has a value of $7.2 million, the market value reached by another appraiser hired by the attorney.

Leland Township Supervisor Susan Och said the original assessment was withdrawn because the township is interested in settling the matter before the hearing takes place. It has been set for Jan. 19-21.

“I think that’s a good step toward settling this,” Och said.

At issue are property taxes on the home that at nearly $354,000 Stephenson has said are too high.

The estate, which shows the Celebrate Life Trust as the owner of record, is located on North Manitou Trail. The single-family home was built in 2017 by Stephenson, an investment banker known for founding the Cancer Treatment Centers of America.

It has mahogany flooring, dual staircases and two elevators, a six-car garage, 12 full bathrooms and eight half baths. There also are servants’ quarters, a gatehouse and 960 feet of lake frontage.

“His valuation is still the largest assessment in Michigan,” Van Coevering said. “It’s still larger than homes that are larger in size and have the same amenities, but exist in much better markets.”

Stephenson’s family has vacationed in the Leland area since he was a child. The 9.2-acre property is located on the former Cemetery Point situated on the west side of North Lake Leelanau. After purchasing the property, Stephenson renamed the landmark Celebration Point.

County records show the property was purchased for $5.2 million in 2006 from Edmund F. and Virginia B. Ball, co-founders of the Ball Corporation, known for its glass home canning jars. In 2012 the property was placed in the Celebrate Life Trust.

The original assessment of the property was done by township assessor Julie Krombeen and set the property taxes for 2018 at about $345,000 and for 2019 at about $354,000, township records show.

The 2018 taxes were paid in full, but only a partial payment was received in 2019, putting the property in delinquent status, according to Leelanau County documents. Of the amount levied, about $40,000 goes directly to the township for operations, fire and emergency services, a fire bond and the library.

The rest is divvied up between the county, the Bay Area Transit Authority and the state, with the largest portion going to schools.

If the tax tribunal finds in Stephenson’s favor, the property tax will be recalculated and he will be refunded the difference. The refund will be paid from county coffers, with all taxing units then being charged back, including the township, said Darcy Weaver, chief deputy treasurer for the county.

“Unless this gets settled there could be very serious consequences for the township,” said Leland Township Trustee Tony Borden.

The state could take over property assessments if there are abuses by the local assessor, said Borden, who is not running for re-election. If the township loses the case, it could be on the hook for Stephenson’s legal fees, he said.

Och said the township is on track to pay about $40,000 in its own legal fees. The township is being represented by Traverse City attorney Peter J. Boyles.

“We assessed it and we thought we came close to what it cost to acquire the land and build the house,” Och said.

Stephenson was sent a notice of his assessment in 2018, as well as information on how to appeal the decision, as are all residents, Och said.

“They did not come to the board of review in 2018,” she said. “Since they did not protest their assessment we had to assume they were fine with it and we developed our budgets.”

In 2019, however, the assessment was appealed and when the board of review did not agree that the home’s value should be lowered, an appeal was filed by the Celebrate Life Trust with the state tribunal.

Several factors and errors have affected the home’s being overvalued, according to independent appraisals and a review of the township assessment done by an appraiser/assessor hired by the trust.

A market analysis done by Integra Realty Resources of Chicago, which gave the home a market value of $7.2 million, outlines that properties comparable to the Stephenson home could not be found in Leelanau County, the northern Michigan region or even the state, which is an important step in the appraisal process.

In fact, the only similar market found by the company is in Aspen, Colo., but unlike Leelanau, the Aspen market has buyers for those kinds of properties, according to the report.

“The home is overbuilt for the market,” Van Coevering said. “There’s no market for it. We’re only concerned about what the market pays for a building, rather than what the owner spent to build it.”

A review by Edward VanderVries, an appraisor/assessor who works under his own company, found what he called several errors made by Krombeen that affected the stated value of the property.

The biggest error, according to VanderVries’ report, was in Krombeen’s giving the home a Class A+300 designation, which meant the cost of materials used to build the home were adjusted up by a +300 multiplier, not the +10 multiplier recommended by the Michigan Assessor’s Manual.

The error added $14 million in value to the home, the report states.

A Class A home is one that is architecturally-designed or custom-built and is bigger and more extravagant than other homes, VanderVries said when contacted by the Record-Eagle.

VanderVries, who is also equalization director for Oceana County, said he has never seen a +300 multiplier used in the state.

“Our supervisor and our assessor concocted a never-before-used approach to assess this property, and that is not sustainable under Michigan law,” Borden said. “They never had the good sense to seek legal counsel on this issue before they did it.”

Other errors, the report states, include a 270-square-foot gatehouse that has no plumbing being classified as a single-family home and size miscalculations of areas of the home and the basement living space that add another $7.56 million to the property’s value.

Och declined to comment on VanderVries’ report. Krombeen did not return a call to the Record-Eagle.