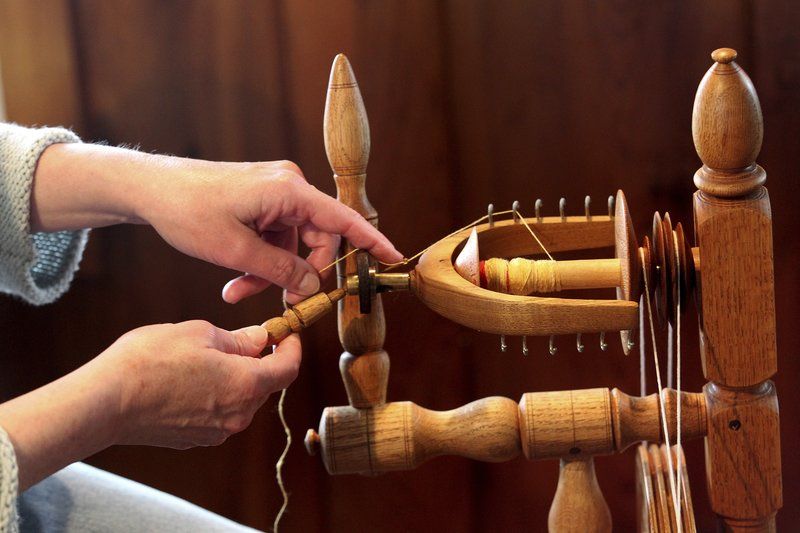 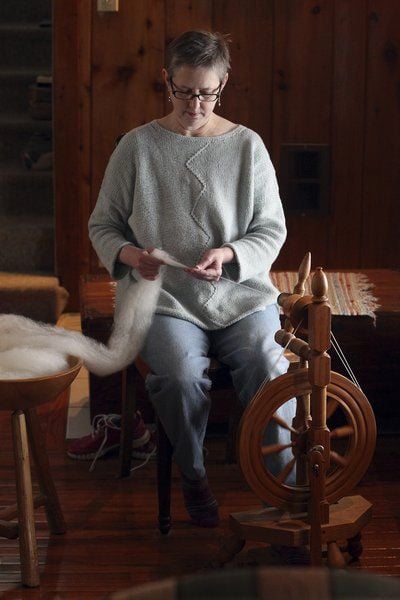 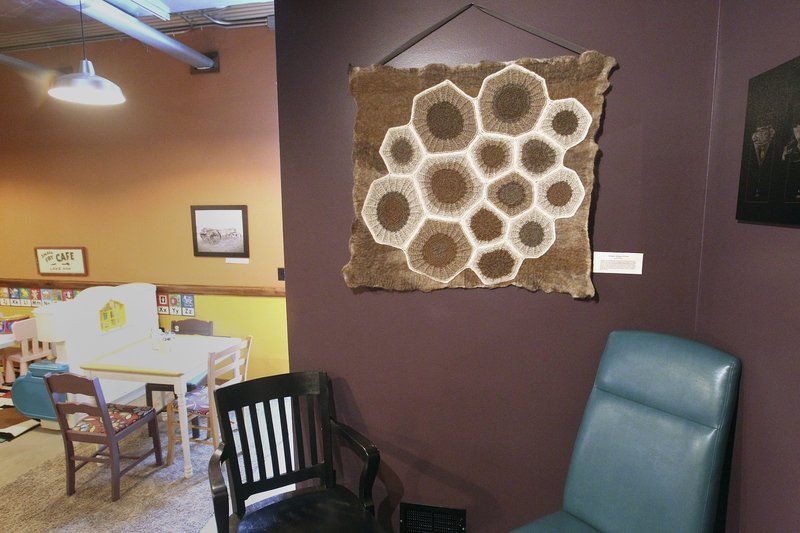 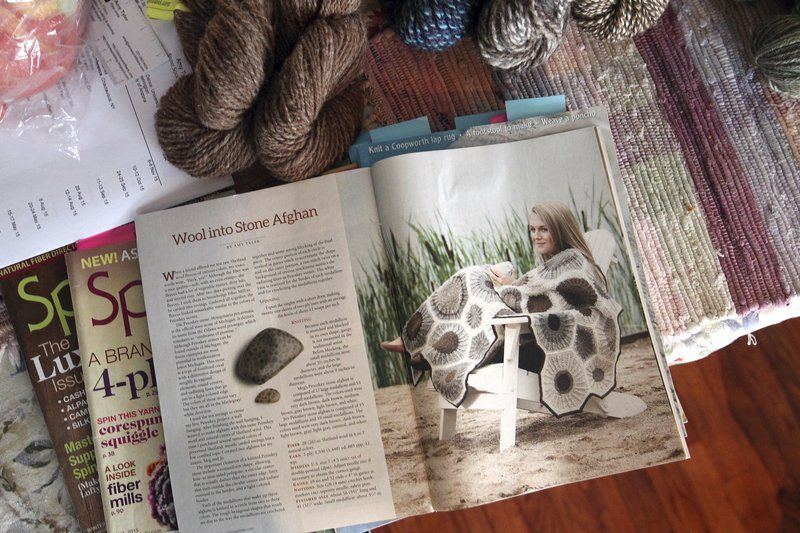 TRAVERSE CITY — Amy Tyler works in relative obscurity, and that’s just the way she likes it.

But more and more the Lake Ann fiber artist is gaining a following in spinning and knitting circles.

Tyler creates handspun yarns, designs and sells patterns for knitted items, writes about spinning and knitting for national publications and teaches at fiber festivals, retreats and conferences across the country and Canada.

“She is known nationwide in her field,” said Melissa Kelenske, co-owner of the Cedar yarn and fiber shop Wool & Honey. “She has a column in Spin-Off and that’s a huge thing because Spin-Off is the largest industry-specific magazine, the one that has the most clout. To have a feature in Spin-Off is unbelievable and to have a column is amazing.”

Tyler, a Michigan native, studied dance and movement sciences and holds a doctorate in physiology. She taught physical therapy education in the Midwest until a yearning for northern Michigan, where her family had a cottage, drew her back to the area.

“Every time I came up here I was happy and every time I left I was sad,” said Tyler, a rockhound whose business is called Stone Sock Fibers. “I thought about raising goats and teaching and writing, and that’s what I’m doing — except for raising goats.”

Tyler was a child when her mother taught her knit and purl stitches. She learned to knit later in life from a roommate who constantly knit socks.

“The thing about knitted socks is there’s no seam in the toe. I couldn’t believe how comfortable they were,” she said. “I became an addictive knitter. I took classes, tried new patterns.”

Eventually she also learned to spin and became an expert on sheep breeds and the qualities of their wool. She even judges skein competitions and teaches workshops on the wool of North American sheep breeds — some 20 of them with names like Targhee and Montadale.

One of her favorite sheep was a mixed-breed called Lucy, owned by a family in Duluth, Minnesota. Lucy died in 2014 and Tyler used the last of her wool to create a Christmas stocking and pattern published in the winter 2016 issue of Spin-Off.

“It was a perfect wool. It was so beautiful. It practically spun itself,” said Tyler, who prefers national fibers.“So I thought I should make something special.”

Also special is the Petoskey stone afghan pattern she created in 2009 from 10 free Shetland sheep fleeces given to her by a friend. She sent the fleeces to a mill for cleaning and carding, then spread them out.

“When I got the sack in the living room, I thought those are Petoskey stone colors,” she said, referring to the distinctive Michigan state stone in shades of brown, gray, black and white.

She starts by knitting circles or medallions from the center out, crochets a white border around each, and stretches them into vaguely hexagonal shapes (the stone’s Latin name is hexagonaria percarinatae). Then she lays them out in a pattern and sews them together, leaving an irregular edge all the way around.

“It took me a very long time — two to three months — to devise a structure for the rays that come out and a little different center. And they’re not round,” said Tyler, whose first Petoskey stone project was a wall hanging that’s displayed at the Red Door Coffee House in Lake Ann. “My strategy is to make every medallion different.”

The afghan and pattern appeared in the winter 2015 issue of Spin-Off magazine, which can be purchased for download at www.spinningdaily.com. Tyler also sells the pattern and others on Ravelry, a Facebook page for knitters and sewers, at www.ravelry.com/designers/amy-tyler-stone-sock-fibers.

She said the afghan is an intermediate-level project within the grasp of most knitters. But she offers help by way of three-hour workshops on how to knit medallions.

“She’s a technical wizard,” said Kelenske, whom Tyler taught to spin. “She is a wonderful teacher but she is a lifelong learner. She doesn’t do something even quasi-halfway, she’s going to become an expert on it.

“Every aspect of it she’s done — from buying a fleece from a farmer, to cleaning it and combing it so all the fibers lay in the same direction, to dying the wool, to spinning the yarn, to designing the sweater and knitting the sweater.” “

Tyler believes her study of dance and physiology helps her understand the movement of knitting and spinning and how to describe it in technical writing like her Spin-Off column, “Ask a Spinning Teacher.” She owns four spinning wheels including upright and folding models and an 1800’s antique from the Netherlands.

Now she does more spinning than knitting. An upstairs “fiber room” contains some 15 bins of commercial yarn and fiber to spin, including silk, cotton and wool like mohair and cashmere.