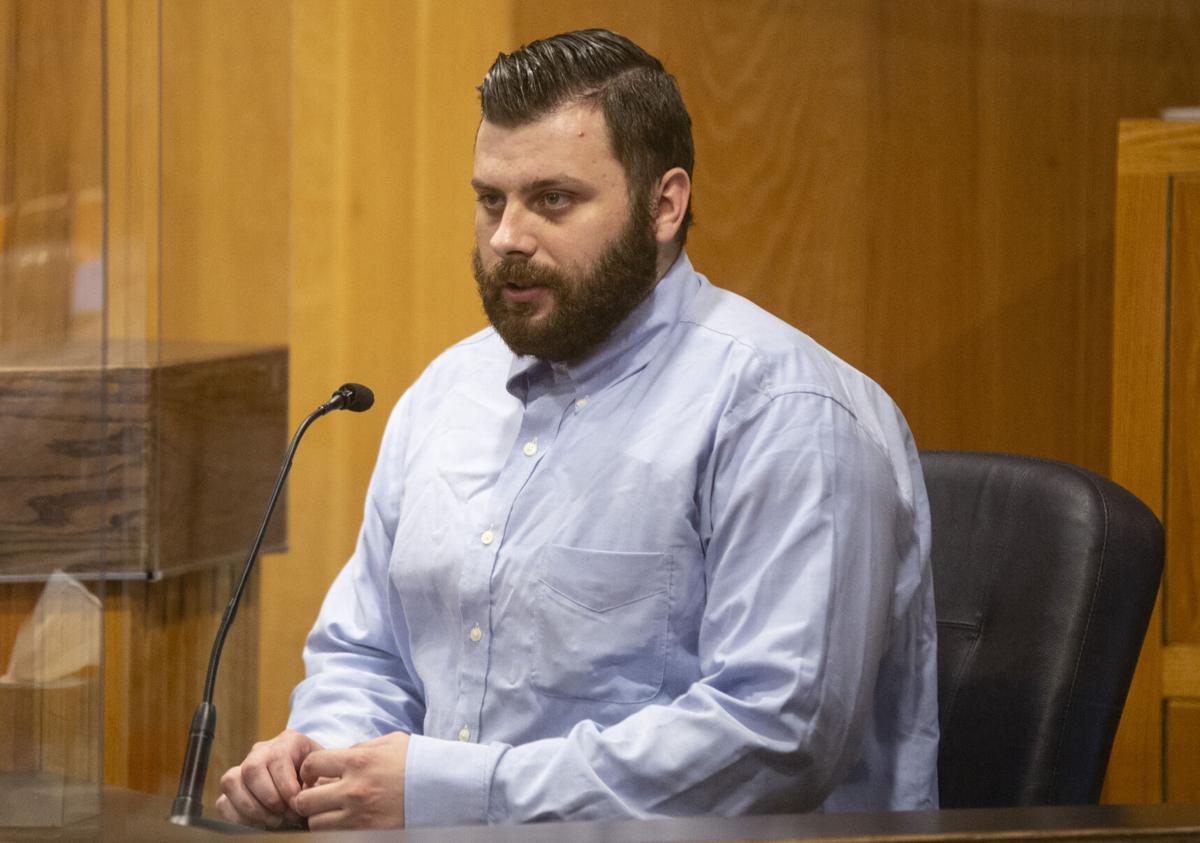 Taylor Thomas Manol testifies in the 85th District Court in Beulah on Wednesday. 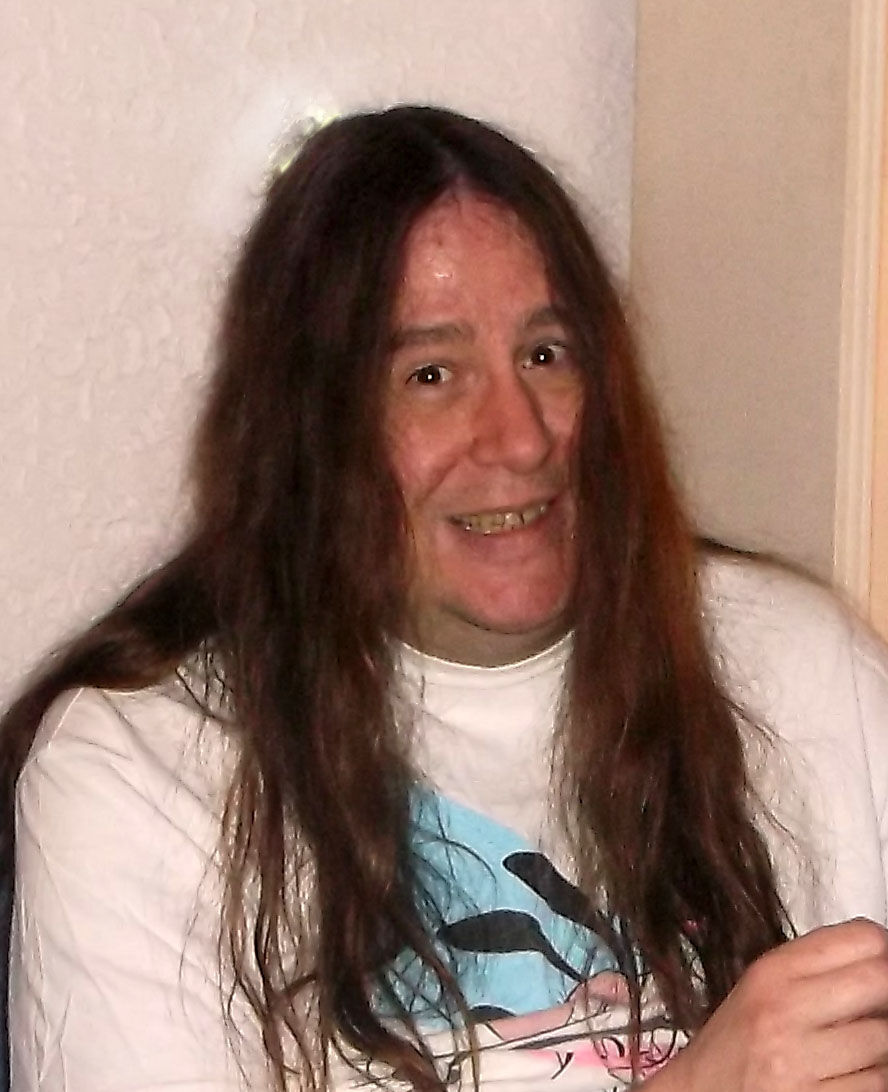 Taylor Thomas Manol testifies in the 85th District Court in Beulah on Wednesday.

BEULAH — The family of a Beulah man shot and killed by his neighbor said they felt relief when a jury found the man who admitted to the killing guilty of first-degree, premeditated murder.

Taylor Manol, 24, said he shot and killed his neighbor, Alexander Sarantos, on April 5, 2020. That night, Sarantos and other neighbors called 911 as Manol drunkenly shouted and shot his guns.

Manol denied intending or planning to kill 56-year-old Sarantos, who lived in a neighboring home along Cinder Road. But a jury disagreed, and returned the verdict following deliberations that stretched from Wednesday afternoon through Thursday morning.

Benzie County Prosecutor Sara Swanson said she was pleased with the verdict.

“It was obvious through the questions they asked and the amount of time that they took that the jury worked very hard to reach a verdict, and we appreciate everything they did over the last several days,” she said.

“This should’ve never happened, there was no reason for it to ever happen, and the way it happened, it was justified for the first-degree, absolutely,” Brown said.

The verdict ended an emotional trial for the family, one where they heard Alexander Sarantos’ voice on tape with a 911 dispatcher the night he died, and where the jury saw pictures of his house as police found it.

Brown said she and the surviving family went through the house after her uncle’s murder, and Kate Sarantos said she didn’t believe the pictures did the crime scene justice.

Manol told the court Wednesday that his memories of the night were vague, having drank a fifth of bourbon. His mental health had declined since moving to the area in 2018, as he stopped taking medication for bipolar disorder and started drinking to deal with the mental illness, he said. He was diagnosed with schizoaffective disorder after the shooting, he said.

Manol said he recalled taking out his guns after his then-girlfriend left following a fight that night, and would often shoot them from his porch, including at night.

Alexander Sarantos that night told a 911 dispatcher his neighbor was “going crazy” and had been shooting for about 20 minutes. Another neighbor across the street also called 911, and loud yelling, screaming and shooting could be heard in two videos she made that night.

One neighbor testified earlier he heard two voices shouting, and Swanson told the jury it’s possible Manol and Alexander Sarantos argued that night before the shooting, but it was impossible to be sure. Manol testified it was possible but he didn’t remember.

Manol went to Alexander Sarantos’ home a few days later to apologize for the noise, he said. He left after no one answered and, seeing the bullet holes, was nervous about damaging his neighbor’s property. While Sarantos’ car was parked outside, Manol said he figured he wasn’t home.

Swanson asserted the evidence, including tight groups of bullet holes in Sarantos’ front window, and the fact that Manol carried two guns over to his neighbor’s property, showed the act was deliberate and premeditated.

But Manol testified he never intended to kill Sarantos, and Craig Elhart, Manol’s attorney, argued there’s no proof that the killing was intentional and planned. Instead, he asked jurors to find Manol guilty of involuntary manslaughter.

Elhart said Thursday he didn’t agree with the verdict.

“Nevertheless, we’ve got to be respectful of the jury process, and the issues that will be raised on appeal will be interesting,” he said.

Jurors asked at one point Thursday to see the crime scene, something 19th Circuit Court Judge David Thompson said he has discretion to order.

State law gives a judge discretion to order such a viewing, as affirmed by case law, Thompson said. That includes a state Court of Appeals ruling on a 2008 Benzie County case.

Thompson denied the request after Swanson objected, arguing the scene has changed too much to serve any evidentiary value. Elhart agreed.

“We’re dealing with a different time of year, new homeownership and extensive changes to landscaping, including the removal of trees in the area of the accused crime,” Thompson told the jury.

Manol will be in the Benzie County sheriff’s custody until his sentencing at a to-be-determined date, Thompson said.

He faces a possible life sentence, Swanson said. The sentencing will be set once a presentencing report is done, which could take four to six weeks.

The trial’s outcome won’t bring Alexander Sarantos back, Swanson said, but she hopes it brings the family some closure.

Kate Sarantos praised Swanson and the police who investigated.

Samantha Brown said her uncle loved books, comics and music, and kept mostly to himself. Maxwell Brown, Alexander’s nephew, said nobody else would’ve wanted to kill his uncle.