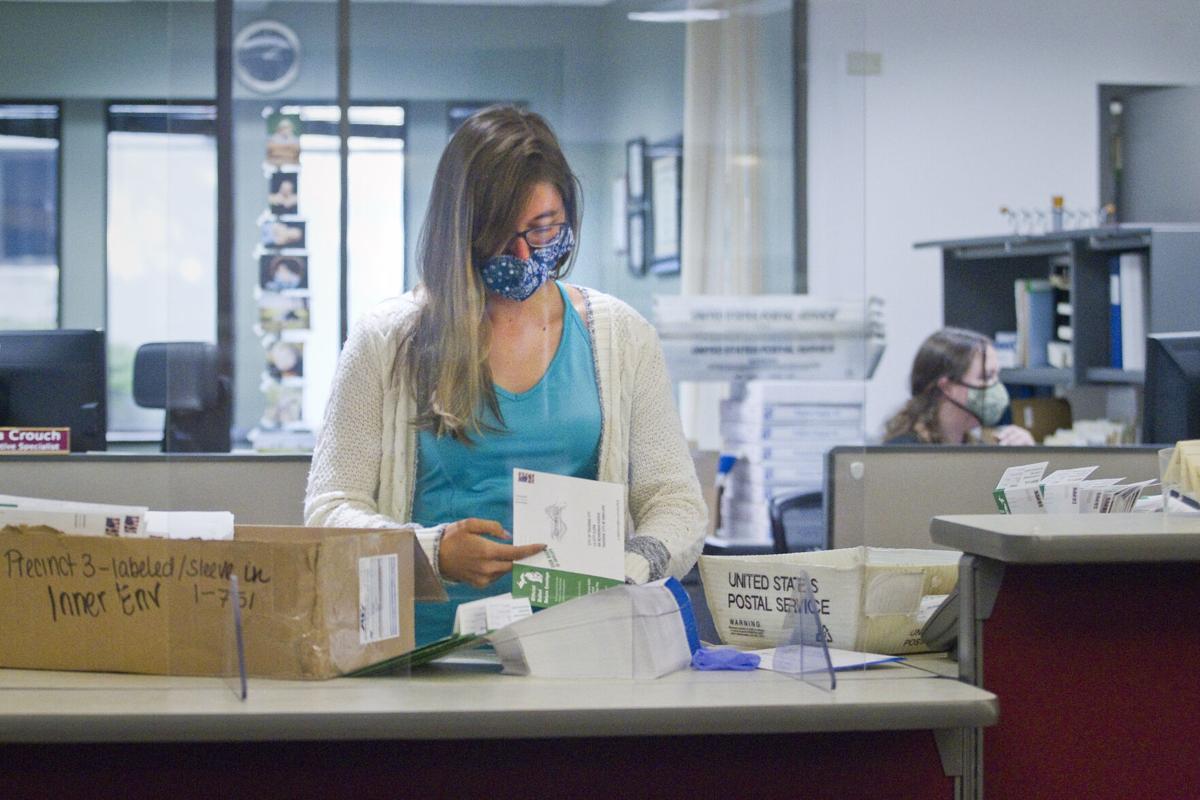 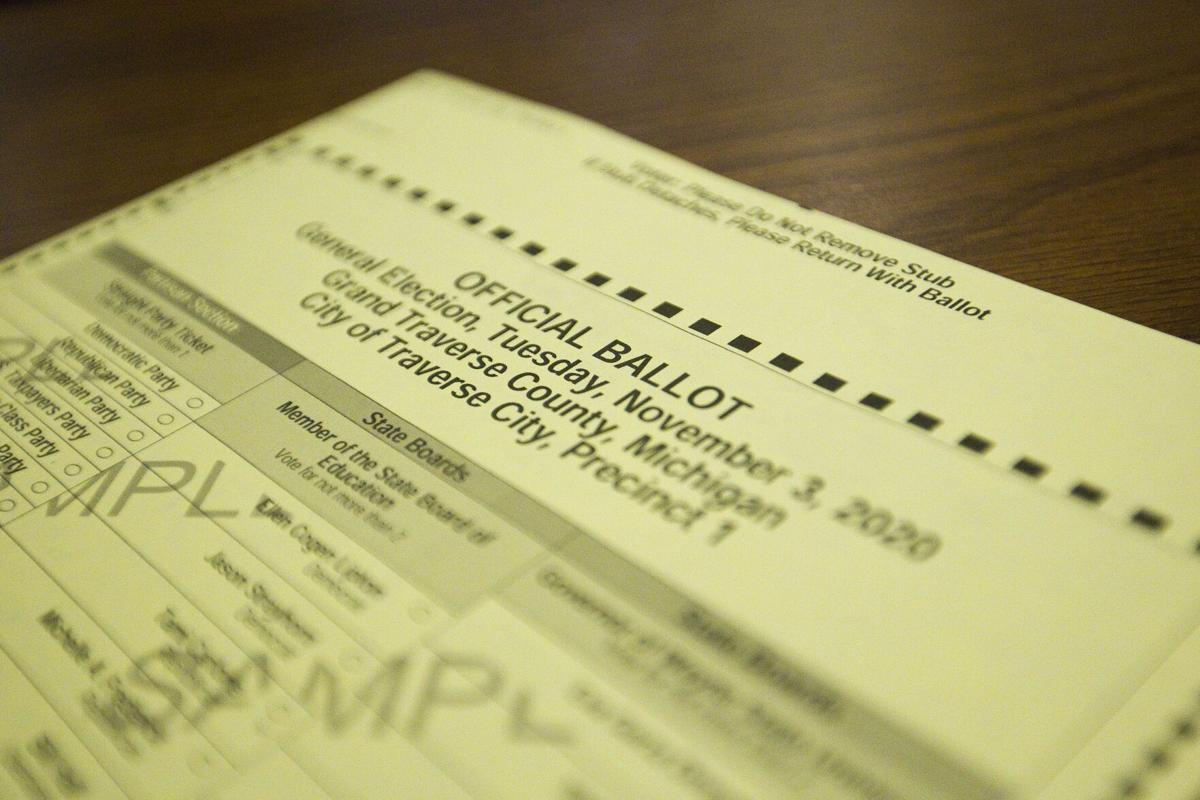 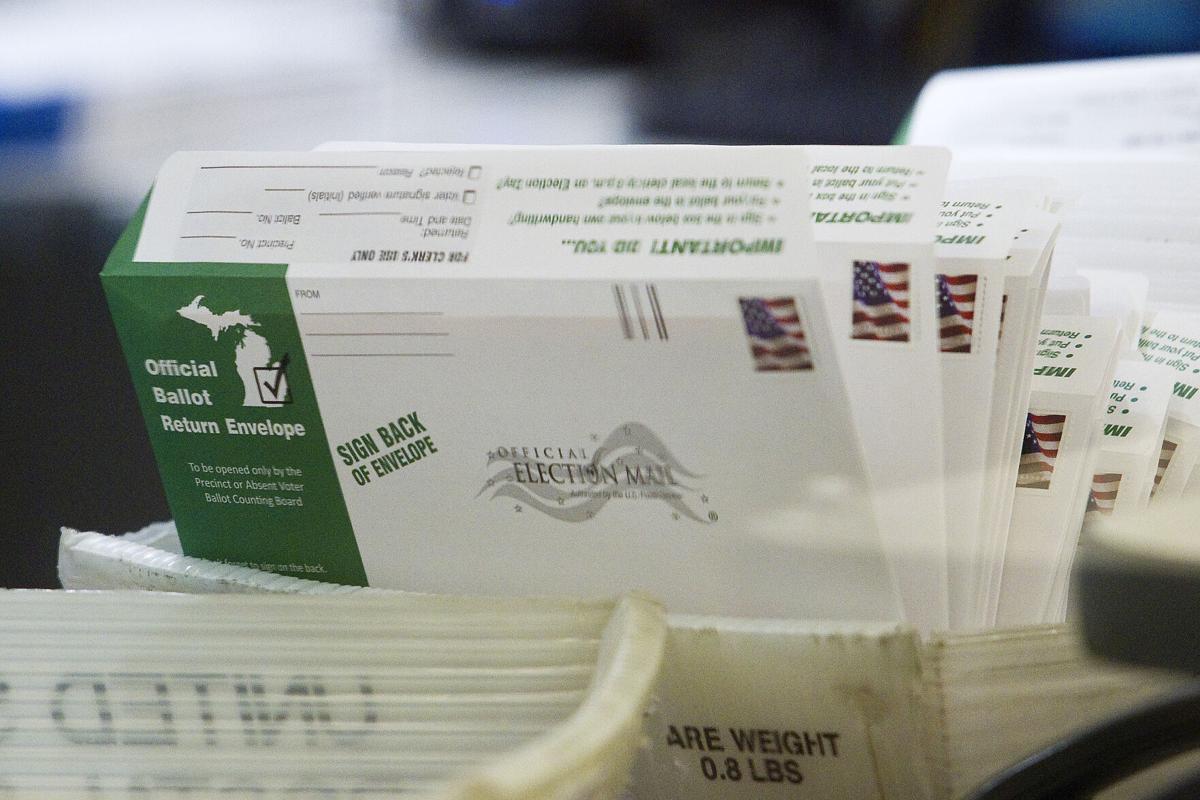 TRAVERSE CITY — Absentee ballots trickling in days after the general election must be counted under a judge’s ruling.

The Court of Claims decision, authored by Michigan Judge Cynthia Stephens earlier this month, means any ballots postmarked Nov. 2 — the day before Michigan’s general election — or earlier are to be treated as valid.

“It’s certainly going to have people waiting on pins and needles to know what the outcome of the election is, who was elected, what the outcome on proposals are,” said Traverse City Clerk Benjamin Marentette, who plans to conduct election night business-as-usual. “What may be different, if this ruling stands as it is, is how we process and structure the tallying of votes after Election Day.”

He and other clerks spent the week stuffing envelopes and getting ballots to voters by Thursday, which marks the opening of those mail-in polls.

The decision came in a lawsuit filed by the Michigan Alliance for Retired Americans against Secretary of State Jocelyn Benson and Attorney General Dana Nessel.

The ruling ensures every Michigan resident who casts a ballot has their vote counted — though still carries requirements that ballots be received before election certification deadlines, or within two weeks of the vote.

The change is only in place for the Nov. 3 election.

Clerks are already juggling the first general election in which no-reason mail-in ballots are accepted, Marentette said. The expanded option spurred some stumbles during the August primary, which historically sees lower turnouts than the following general.

The deadline change just gives already-stressing clerks another thing to juggle, and while more votes will be counted, a final tally will take longer to come.

“This just makes no sense,” said Hill, who was also busy preparing absentee ballots to mail. “I have as many questions as, probably, the public does. I have no idea what they’re doing.”

She and other clerks are growing desperate for guidance, which they say state-level election officials have yet to offer.

Grand Traverse County Clerk Bonnie Scheele said that should come from the Bureau of Elections, and anticipates the change will mean significant readjustments to post-election canvassing and result certifications.

“I don’t know how they could possibly have the election results, even unofficial, that night,” Hill said. “Nothing wrong with change when there’s appropriate preparation and at least some type of sensible reasoning behind it.”

She followed by citing concerns of election integrity, noting it’s a voter’s responsibility to ensure their ballot gets mailed — or handed to their township clerk — on time.

Marentette said the spike in mail-in voting makes some sense.

“Obviously, the coronavirus has a lot of people not comfortable going to the polling places, and I obviously understand that and promote voting absentee as a safe alternative to voting at the polls,” he said.

In his eyes, the change won’t be too much of an issue unless races prove particularly close — as long as ballots outstanding are fewer than the votes separating two candidates, they won’t be needed for the release of unofficial results.

In her decision, Stephens cites the 6,400 ballots rejected because of late arrival in the August primary, alongside concerns of disenfranchising immunocompromised voters. Her written ruling also notes concerns over U.S. Postal Service delays.

Absentee voting — which started as a way to include votes from soldiers during the Civil War — can be done without providing an excuse in 34 states. The 16 holdouts include Texas, Indiana, Louisiana, Tennessee and Missouri, according to a Washington Post report, where a valid reason must be given to receive an absentee ballot.

Michigan left that list through a 2018 ballot proposal. That action added several voting rights to the state constitution, including no-excuse absentee voting and same-day voter registration.

Normally, absentee ballots are accepted until 8 p.m. on Election Day, according to Marentette.

Scheele says canvassers typically meet within a few days of the election to certify results in advance of a state-level canvas.

In August, Marentette tallied a record number of absentee ballots — and never-to-be-counted late ballots trickle in for more than a week after. He feels now, with people more comfortable with the practice and COVID-19 a lurking concern, mail-voting will prove twice as popular.

Scheele said county-wide, more than two-thirds of August votes came in via mail. She suggests voters get their absentee ballots in early, in case further changes come.

“We’ve never had to do this before,” Scheele said. “We don’t know what’s gonna happen.”

Apply for an absentee ballot online at www.michigan.gov/vote. For more information, contact your township, city or county clerk’s office.