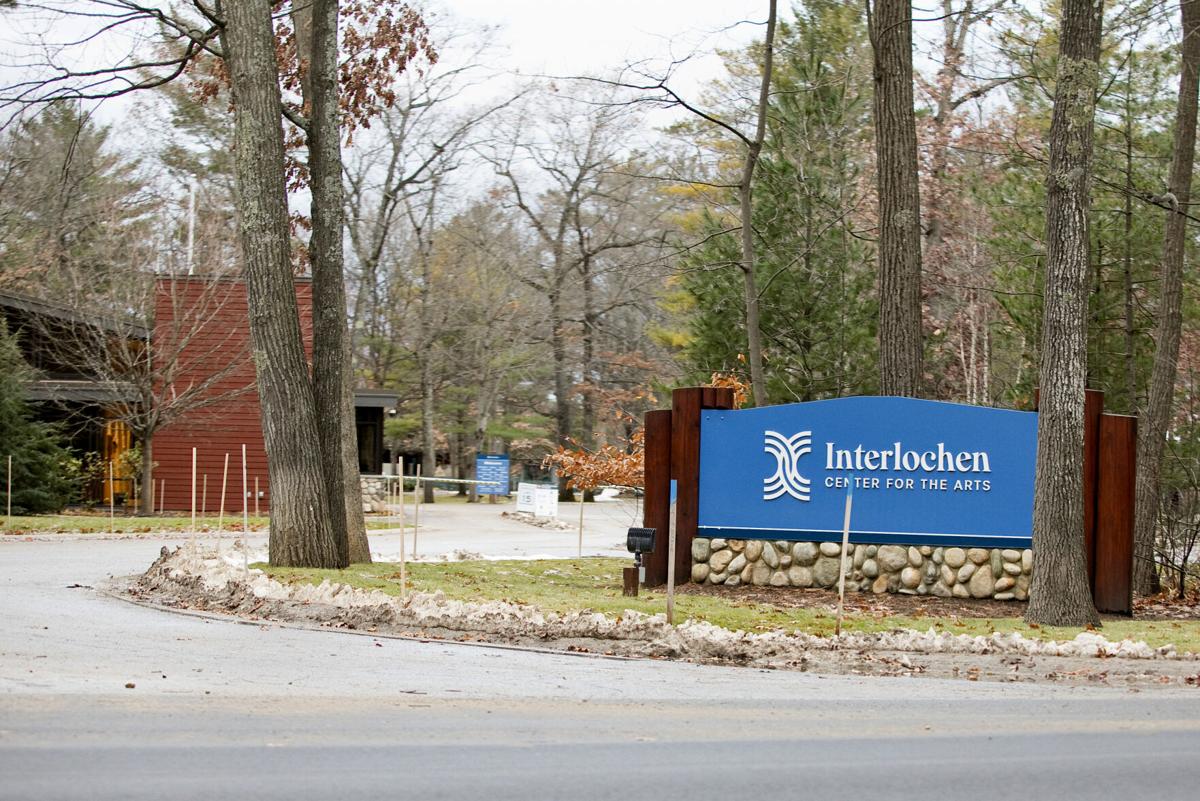 The main entrance to the Interlochen Center for the Arts. 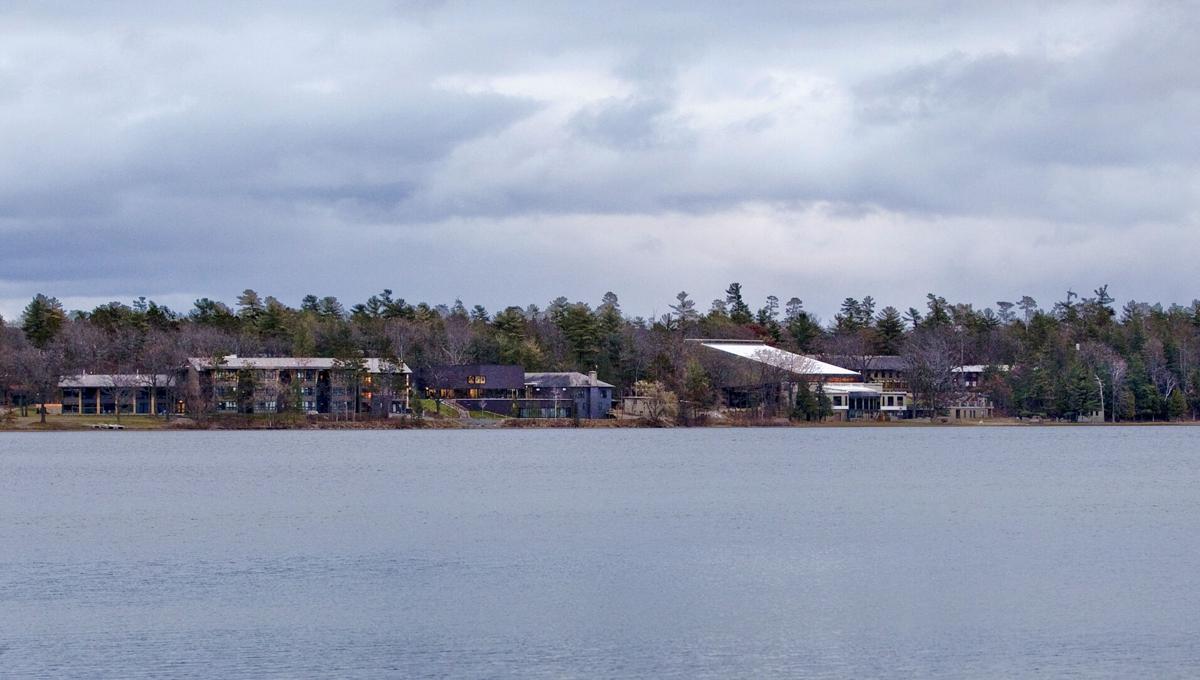 The Interlochen Center for the Arts, seen from across Green Lake.

The main entrance to the Interlochen Center for the Arts.

The Interlochen Center for the Arts, seen from across Green Lake.

NEW YORK — The first of four women scheduled to testify in the sex-trafficking trial of Ghislaine Maxwell told jurors she was a 14-year-old seventh grader on a family scholarship at Interlochen Arts Camp in 1994 when she met Maxwell and Maxwell’s former romantic partner, the disgraced financier Jeffrey Epstein.

Epstein died by suicide in federal custody in 2019, after a Manhattan judge accepted his not guilty plea on sex trafficking charges but denied his request for bail.

Epstein in 2007 faced similar charges but dodged federal prosecution when attorneys negotiated a then-secret plea deal allowing him to serve 13 months in a Florida jail on state charges, a significant portion of that time spent on work release, records show.

In 1994, however, Epstein and Maxwell were jet-setters, who traveled to Epstein’s mansions, ranches, apartments and beach houses, accompanied by a rotating cast of international celebrities, politicians, scientists and entrepreneurs. Prosecutors say the couple also spent that time grooming underage girls.

“I was in the main campus area where all the students hung out during a break and where all the little cafes were and sort of the gift shop,” the witness, testifying Monday under the pseudonym “Jane,” told the court of her first meeting with Maxwell and Epstein.

“And I was on a park bench or a picnic bench with my friends from camp,” she continued. “And we were eating ice cream. And we see this tall thin woman approach us.”

The woman was Maxwell, currently on trial in federal court in the Southern District of New York, charged with six felonies including conspiracy, sex trafficking and transporting a minor for sexual activity.

She has pleaded not guilty. If convicted, she faces up to 60 years in prison, court records show.

Maxwell was walking a Yorkshire terrier and “Jane” and her friends asked to pet the dog, a court transcript of Jane’s testimony states.

“And probably about a minute later, a man came and joined her,” she said. “And the rest of my friends, my classmates, left, and I was there by myself. And I sat on the bench still eating my ice cream, and the man sat across from me.”

The man was Jeffrey Epstein, who Jane said introduced himself and Maxwell as “big benefactors” of Interlochen Arts Camp, who visited the camp every summer from their home in Palm Beach, providing scholarships to camp attendees.

In an email statement released Thursday by Interlochen and attributed to “a spokesperson,” the organization stated, “There have been no allegations that Jeffrey Epstein abused anyone on our campus. We are confidant in our policies regarding student safety. Camper living areas have restricted access and campers are supervised for the duration of their time on campus. Ensuring a safe, nurturing environment in which our students can excel remains our top priority.”

Interlochen’s Daniel Besselsen, assistant vice-president of finance, testified for the prosecution Wednesday, court records show. Questions to him covered the organization’s extensive record-keeping of both donor communications and student achievement and activity.

Besselsen provided the prosecution with an eight-page “Epstein file,” which testimony shows included letters previously stored in the basement of McWhorter dorm, a residence hall on campus.

One letter, dated Feb. 9, 1994, thanks Epstein for a $200,000 donation. Another letter, which Besselsen read aloud in court, was addressed to Maxwell from Tim Ambrose, then the organization’s vice president for advancement, and discussed use of the lake lodge Epstein’s donation funded.

“Please convey to Jeffrey how pleased we are to have such a facility on our campus,” the letter stated. “In fact, the president-elect will be staying in the lodge until his family’s furniture arrives. It is a remarkable place. We are grateful.”

Besselsen said Wednesday, on cross examination by defense attorney Bobbi Sternheim, that it was common for donors to visit the campus as the camp was closing for the summer, to be in the audience for final performances.

Interlochen’s history with Epstein was first acknowledged by the organization’s president, Trey Devey, in 2019, following media reports of Epstein’s arrest.

“As has been widely reported, financier Jeffrey Epstein was arrested on federal charges of sex trafficking last Saturday,” wrote Devey, in a statement published on the organization’s website that year. A link to the statement now returns a “page not found” error.

“Previous to a prior indictment in 2007 on related charges, Epstein had ties to Interlochen, which I want to share with you,” Devey said in the statement.

Devey said Epstein attended camp at Interlochen in summer 1967 and was a donor from 1990 to 2003. The $200,000 donation was his largest gift, Devey said, and the “The Epstein Lodge” was later re-named “The Green Lake Lodge” and all mentions of Epstein were removed.

“It was and remains our policy that he would not have been permitted unsupervised access to students,” Devey said in the 2019 release.

This week’s testimony and flight data indicate Epstein likely visited the campus more than once.

Jane told the court her chaotic home life, young age and dreams of working in the entertainment industry all contributed to a vulnerability which Epstein and Maxwell seized upon.

Jane testified her father, a conductor and composer, died of leukemia in 1993, medical bills forced the family into bankruptcy, they lost their home and she and her two brothers and her mother were “homeless” — her word — and living in a friend’s pool house in Florida when relatives chipped in to send Jane and her brothers to the arts camp.

Jane said in that first meeting with Epstein and Maxwell on the bench at Interlochen in 1994, Epstein asked for her phone number and she gave him her mother’s landline.

Epstein called when she returned home from camp, Jane testified, she began meeting him at his home in Palm Beach — sometimes alone and other times with Maxwell — and both abused her sexually during the next three to four years, she said.

Jane said she often traveled with Epstein and Maxwell on Epstein’s private jet when she was 14, 15, 16 and 17 and at one point in the late 1990s she said Epstein took her to Mar-a-Lago and introduced her to Donald Trump.

Another witness, Epstein’s pilot, Larry Visoski, testified he remembered seeing Jane on Epstein’s plane, though said he never witnessed any abuse. Visoski confirmed the Maxwell and Epstein traveled with high profile passengers such as Bill Clinton, Prince Andrew and Trump.

Maxwell’s attorneys frequently questioned Jane on her memories of events that happened more than two decades ago, and on changes in the statements she gave to prosecutors and the FBI.

One attorney for Maxwell, Laura Menninger, characterized Jane’s testimony as a performance and suggested she was motivated to come forward to seek financial gain.

In a civil suit, Jane and other accusers were previously awarded compensation from a fund set up for victims sexual exploitation by Epstein.

The court allowed her to testify to conversations she had with her mother about Epstein and Maxwell, over the defense’s hearsay objections.

“My mother seemed very impressed and enamored with the sort of wealth, the affluence,” she said. “She thought they seemed very generous and they must think I’m special and that I should be grateful for the attention that I received.”

Jane told one of the prosecutors, Alison Moe, she did not tell her mother about the abuse.

“Because I felt very ashamed,” Jane said, “I felt disgusted. I was confused, I didn’t know if it was my fault, and my mother and I did not have that kind of relationship. We didn’t talk about our feelings. We weren’t allowed to. I was raised in a household where you were sort of spoken to, and don’t speak unless you’re spoken to, and I would be afraid that I would be in trouble if I said something.”

Jane said she did speak to a school guidance counselor when she was in seventh grade, about the grief she felt over father’s death and while the counselor was helpful, she also called Jane’s mother. Who, Jane said, slapped and berated her for talking about her feelings to someone outside their family.

In 1997, Jane moved to New York City to attend a performing arts school there, and Epstein paid her rent and tuition, she said. Her mother moved in with her and remained in the apartment in 1999, after Jane moved to Los Angeles for a job on a television show, and Epstein continued to pay the rent through at least 2002, she said.

“Victim shaming is still very present to this day,” said Jane, who is a working actor, when asked why she asked the court to allow her to testify under a pseudonym. “And I was also afraid that it was going to affect my career if somebody looks at me and that’s all they see. And they won’t hire me based on that. So I didn’t really want any part of it; I just wanted it to go away.”

Maxwell’s bail requests have been denied and she is lodged in Brooklyn’s Metropolitan Detention Center, court records show. The trial is ongoing and is expected to last several weeks, information from the SDNY states.