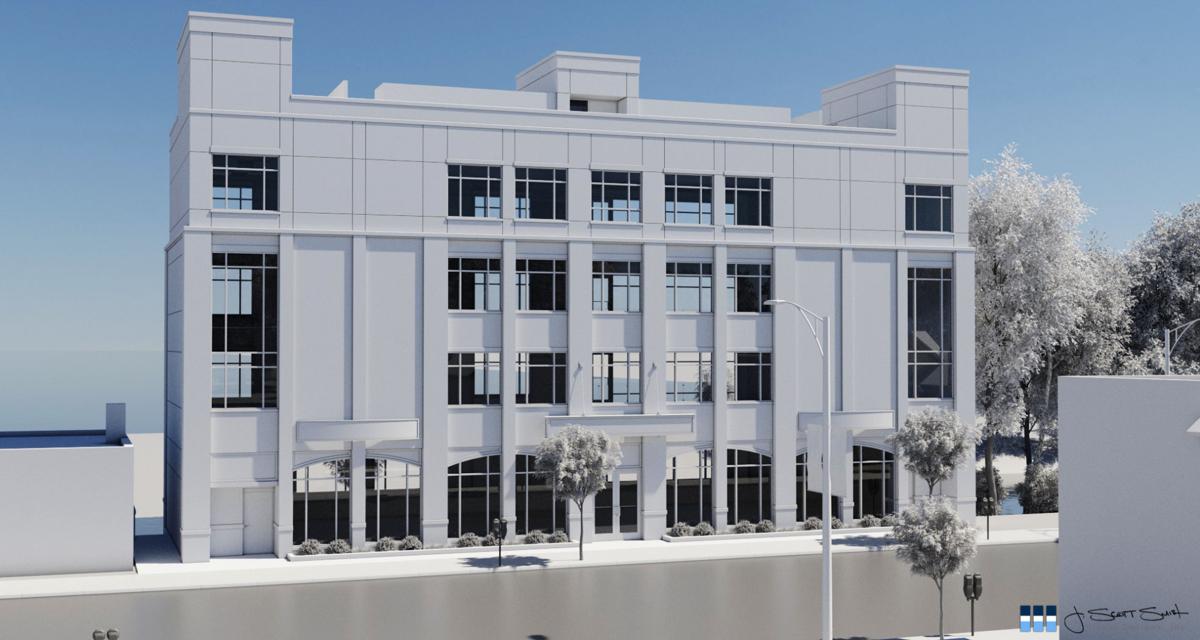 This rendering shows the south face of a building Honor Bank has planned for 415 E. Front St. in Traverse City. It shows the building design but not materials, which Whiteford Associates Architect Sean Flaherty said will be mostly masonry. 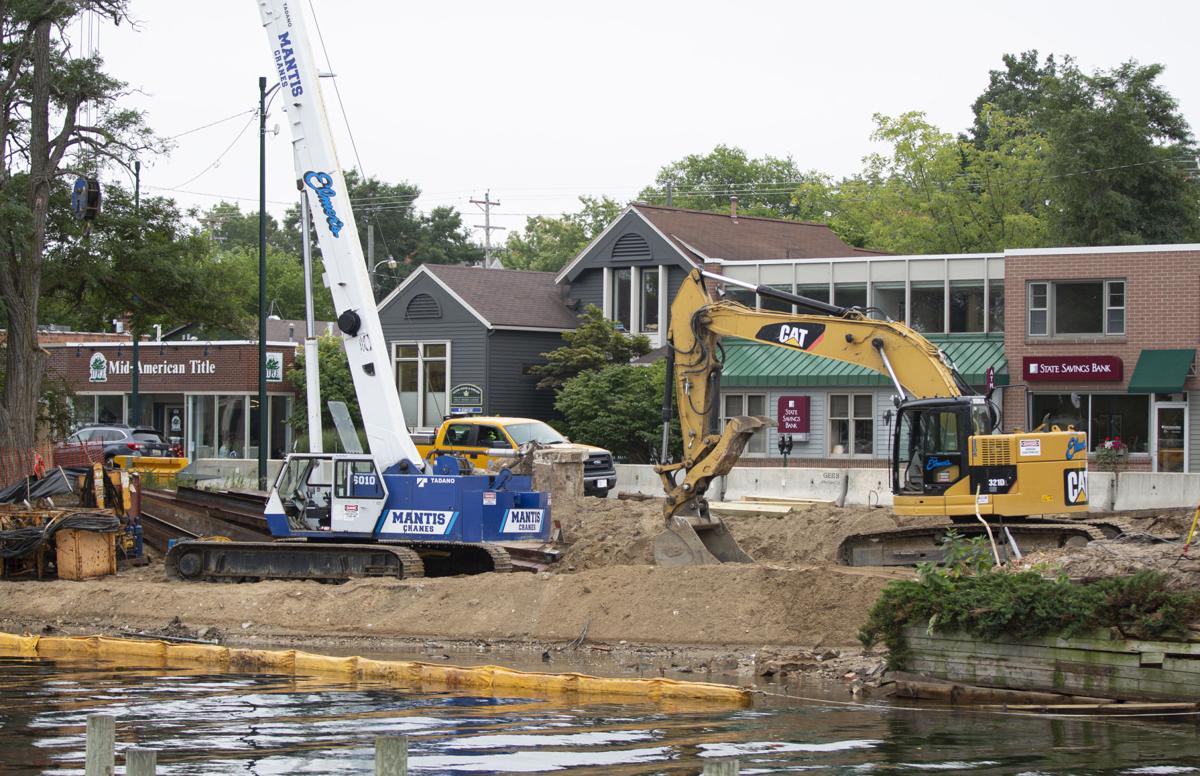 This rendering shows the south face of a building Honor Bank has planned for 415 E. Front St. in Traverse City. It shows the building design but not materials, which Whiteford Associates Architect Sean Flaherty said will be mostly masonry.

Those plans require demolishing a building on East Front Street along the Boardman River and replacing a seawall there, and that has some concerned about impacts to the river.

State, federal and city regulators said the project has the permits it needs, and Honor Bank President and CEO Mike Worden said meticulous planning went into the project, including choosing Elmer’s Crane and Dozer to do the demolition.

“In my opinion, they’re as good as you get for these types of activities, and they will do everything to make sure there’s no negative environmental impacts to the river,” Worden said.

Honor Bank plans a four-story commercial building for the site at 415 E. Front St., Worden said. Plans call for the bank’s offices on the fourth floor, with office tenants on the second and third and retail on the first.

The bank’s offices will primarily be for its commercial lending staff, with eight to 12 working there, Worden said. They’ll move from space south of town on US-31, the lease for which expires in early 2020.

Honor Bank bought the site at the start of 2019, then started laying plans to build there, Worden said. It offers both a downtown location and a view, he said.

Tom Mair, a city resident and city commission candidate, said he was worried about what could be going into the river during demolition. He called the site of the torn-up lot “shocking,” and it prompted him to call the state Department of Environment, Great Lakes and Energy to find out more.

“It causes me to question, well, I wonder if they did everything possible to protect the river,” he said.

Builders have a permit for the shoreline work, said Robyn Schmidt, EGLE Water Resources Division environmental quality analyst. They need to use what’s called a turbidity curtain as they install 106 feet of steel seawall where an old seawall stood. Turbidity curtains block silt from leaving the site and let it settle out.

“Nothing’s 100 percent, but this is the best technology we have to do that versus putting in a steel seawall box to enclose it,” she said.

Schmidt said she fielded a complaint about the curtain’s upstream end being open. That typically would be fine, but high Lake Michigan levels could cause water to flow backwards — the contractor told her they corrected the issue and added some silt fence on land, she said.

The project permit from the U.S. Army Corps of Engineers also calls for a turbidity curtain, said Rachel Nys, biologist with the corps’ Detroit district. That permit includes the seawall, to be installed further inland than the previous, and a 10-inch outfall pipe for rain water.

John McWethy, public services assistant with Traverse City’s engineering department, said builders have a soil erosion and sedimentation control permit and have installed all the controls the permit requires.

Mair said people still need to keep an eye on projects along the river, even if they have permits, he said. He likened it to a “neighborhood watch,” and said developers need to be held accountable if they break the rules.

Records with the state Department of Licensing and Regulatory Affairs indicate the site has two sealed underground storage tanks once used for gasoline. They were closed in 1978 — Worden said they were removed, and initial testing showed no soil contamination.

The state also issued a permit to install a new seawall at 401 E. Front St, Schmidt said — that’s the site of Cornwell Architects, and company President Mark Humitz said the building owner asked him not to discuss plans there.

Sean Flaherty, an architect with Whiteford Associates, said Honor Bank's building will include a green roof and storm water filtration system that’ll clean water before it goes into the Boardman River, some of which is going straight into the river.

The new building will also be farther from the river and street than the one it replaces, Flaherty said. That’s even with a variance from the city Board of Zoning Appeals allowing a 1.5-foot setback in the front instead of the 2.5 feet called for in zoning.

City Zoning Administrator Dave Weston said the board granted the waiver after city leaders amended riverside setbacks to 10 feet from the ordinary high water mark, instead of the dockline.

Flaherty said that cut into the building as previously planned and required a change.

Worden said the new building should be open by October 2020. He pointed to the removal of the underground tanks plus the building’s siting, green roof and storm water system as positives.

“I believe this site will be much better once it’s all said and done,” he said.

Editor's note: This article has been updated to clarify which building Whiteford Associates Architect Sean Flaherty spoke about. Sept. 19, 2019