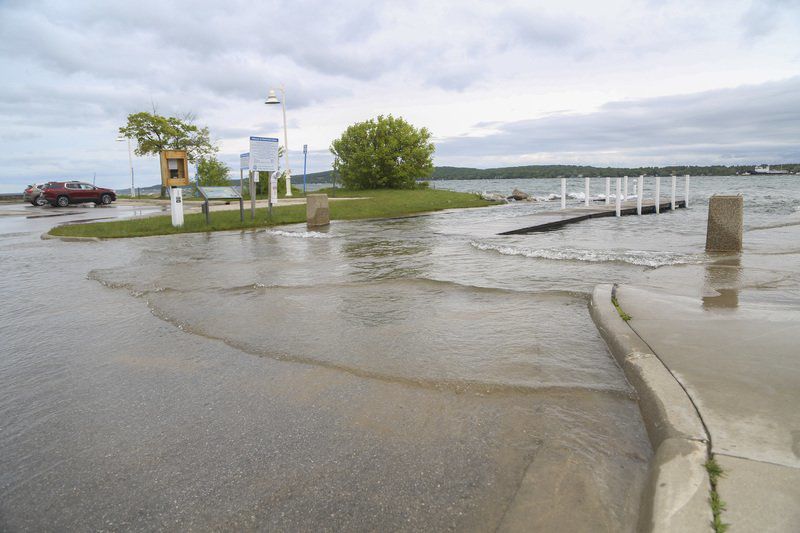 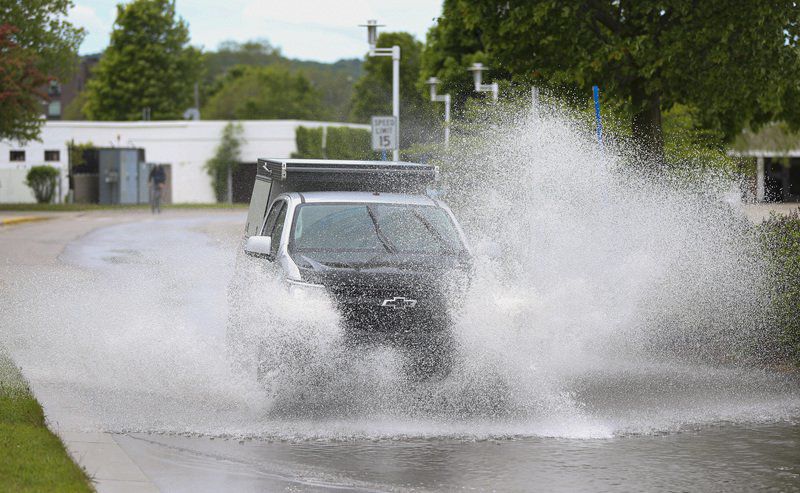 A motorist speeds through a puddle on Thursday, June 13, 2019, on Marina Drive at Clinch Park, in Traverse City. 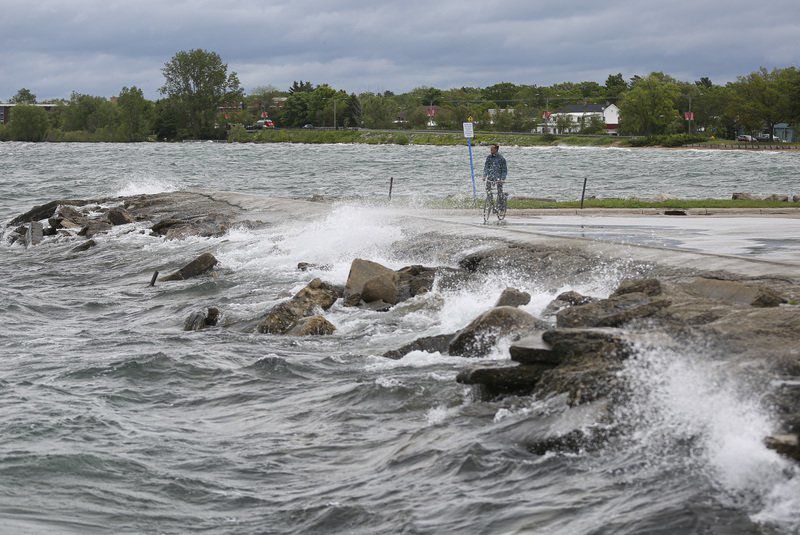 A motorist speeds through a puddle on Thursday, June 13, 2019, on Marina Drive at Clinch Park, in Traverse City.

It was the same in Frankfort's municipal marina where Gabe Huffman, a dock hand, reported a few more inches may be all it takes before docks begin to submerge.

"Our parking lot is pretty much a pool itself," Huffman said.

The weather advisory called for wind gusts up to 30 mph and 2- to 4-foot waves with the potential to cause shoreline erosion, beach flooding and the risk of waves completely submerging docks and piers.

The trend seems to be continuing this month, said Keith Kompoltowicz, chief of watershed hydrology at the U.S. Army Corps of Engineers for the Detroit District.

The Corps' June bulletin on Great Lakes water levels shows Lakes Superior, St. Clair and Erie surpassed their monthly mean water levels for May by 1, 2 and 3 inches, respectively. Also, Lakes Michigan, Huron and Ontario had mean water levels a mere 4 inches below record highs for May.

Kompoltowicz said June is now on track to break high water level records set in 1986 everywhere on the Great Lakes, save for Lake Ontario where the record was set two years ago. "And if not record highs, some of the highest water levels on record going back to 1918," he said.

Another couple of inches of static water level increase is expected for Lakes Michigan and Huron before water level peaks are reached, which may not happen until July or even August, Kompoltowicz said.

In Leland, many eyes are watching Lake Michigan water levels which seem to be ever-threatening when the wind brings waves, said Summer Meyer, of the Fishtown Preservation organization.

"Things being what they are, they are right there waiting to break through," she said.

Fishtown is even working to develop an evacuation plan with the local fire department, Meyer said, especially should water levels continue to threaten the historic buildings.

And while periodic rainfall is expected to continue across the region through the weekend, Cornish said shoreline flooding concerns should diminish when the wind shifts Friday to instead come out of the southwest.