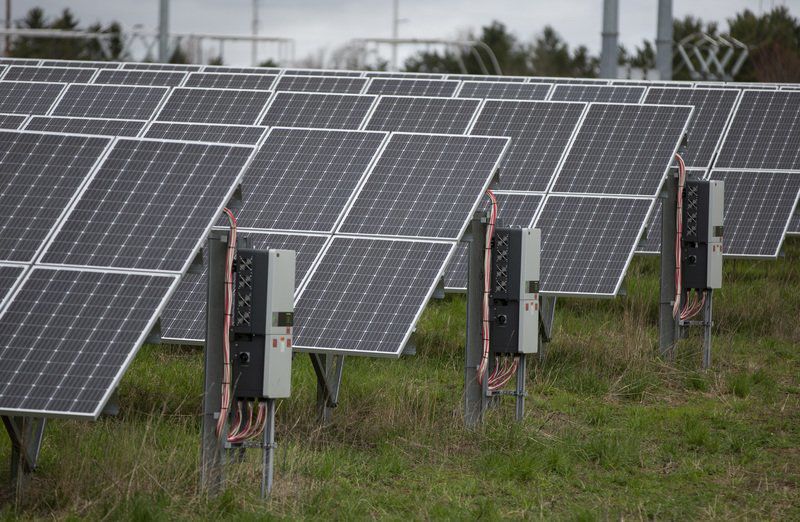 Heritage Sustainable Energy’s solar array on M-72 west of Traverse City. Traverse City Light & Power finalized a deal with the company to buy the output of its second, 2-megawatt array planned for nearby land. 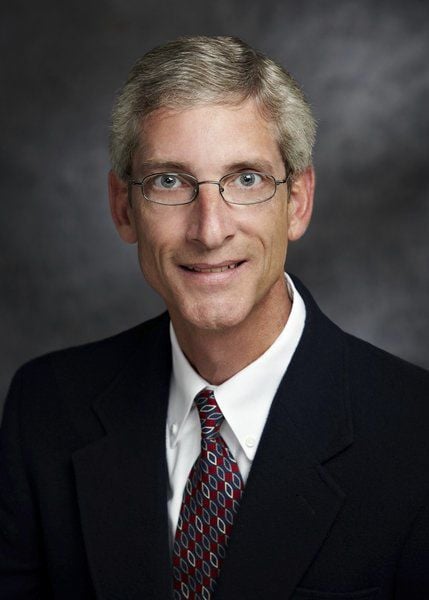 TRAVERSE CITY — Traverse City Light & Power board members approved a deal with Heritage Sustainable Energy to buy the output of another solar array the developer plans for Elmwood Township land.

Board members agreed to pursue the deal in May, and their vote Tuesday finalizes the agreement, utility Executive Director Tim Arends said.

It also settles an under-billing issue for the company’s existing array nearby, and answers some questions like who owns which project-related equipment, he said.

Marty Lagina, Heritage Sustainable Energy CEO, said the utility negotiated on the price with the company at length.

“TCL&P negotiated for a long time and they weren’t going to buy the power until they bought it at the right price,” he said.

Pat McGuire, TCL&P board member, cast the only dissenting vote on Tuesday and told the board he doesn’t support small-scale solar projects — he previously said he doesn’t believe they’re economical.

The developer plans to build a 6,000-plus-panel array on 12 acres of a larger plot near the corner of M-72 and Harry’s Road, planning documents show. The array would be a half-mile west of its existing array and wind turbine. The company envisioned the coming expansion when it built the first array.

Traverse City leaders agreed to buy the power from the original one-megawatt array, built in 2017, to further a city goal of powering all municipal operations with renewable energy by 2020.

Heritage Sustainable Energy under the original agreement had the option to expand the array, but utility members passed on previous, costlier offers to buy its output. Plus, Elmwood Township planners dropped utility-scale solar as an allowed use when they passed rewritten zoning ordinances in 2017.

Township planning board members will consider Heritage Sustainable Energy’s application for a special land use permit July 16, she said — Lagina said he plans to start construction shortly after getting their approval.

Power from the array will give the utility a small nudge toward its own renewable energy goal — 100 percent of its energy portfolio by 2040, Arends said. The utility plans to buy power from two much larger wind and solar projects in central Michigan.

The latest deal leaves Heritage Sustainable Energy the option of expanding a third time, Lagina said. The company could build another two megawatts if the land becomes available, bringing the total to five megawatts for all three phases.

“And to have it local is very appealing, because there’s very few areas in our service territory that would allow for projects of this size,” he said.

Another is a solar array the Northwest Regional Airport Commission is investigating for airport land cleared in early 2019 during a controversial round of tree cuttings.

The utility is working with airport officials on investigating the array’s potential, and Arends said he’s nearly ready to seek proposals to develop it. Its scale — up to 10 megawatts — should result in a better power price than other, smaller projects.

“If not, we’re not going to approve it,” Arends said.

TRAVERSE CITY — Another solar array is coming to Elmwood Township, one the developer has planned since building its first in 2017.