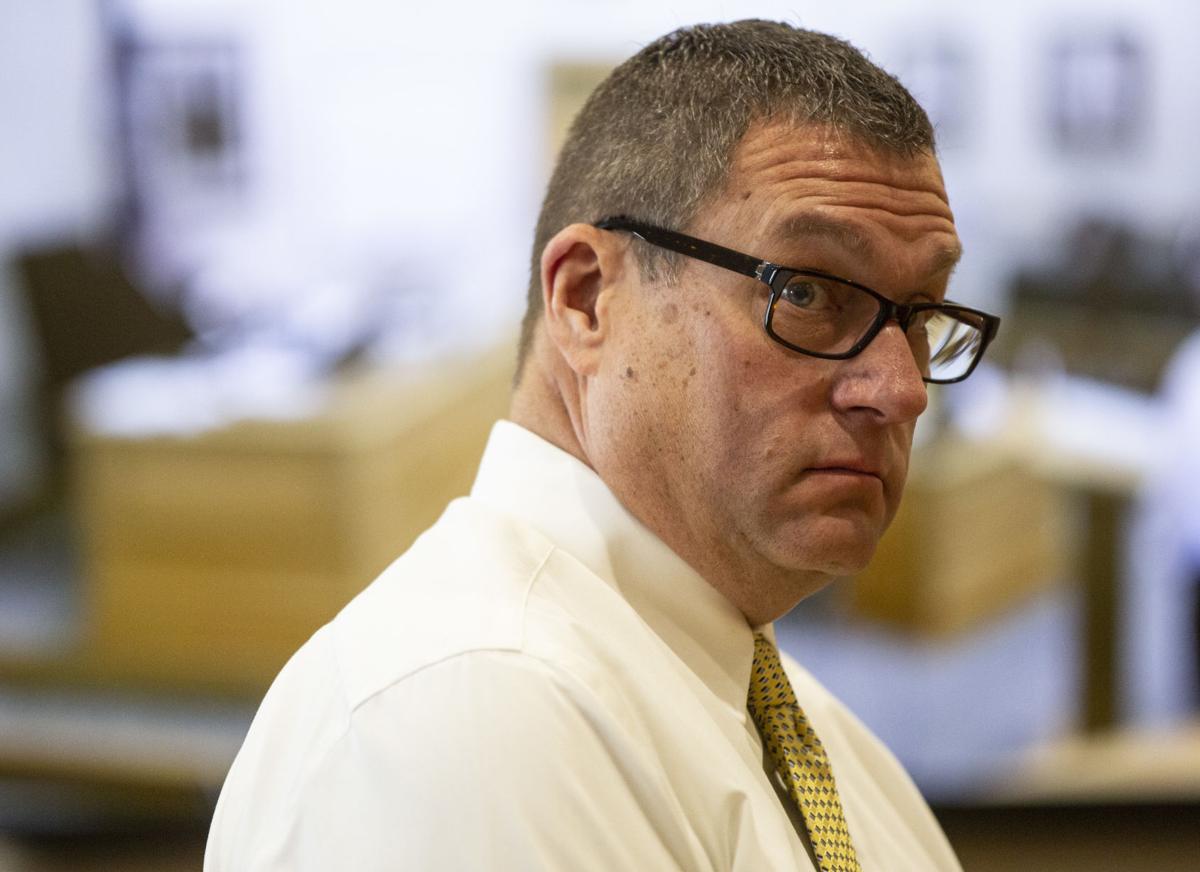 Karl Hartman stands in the 13th Circuit Court in Traverse City on Nov. 14. Hartman, a former Kingsley Area Schools principal and teacher, was sentenced to 3-5 years for three counts of assault with intent to commit sexual contact. 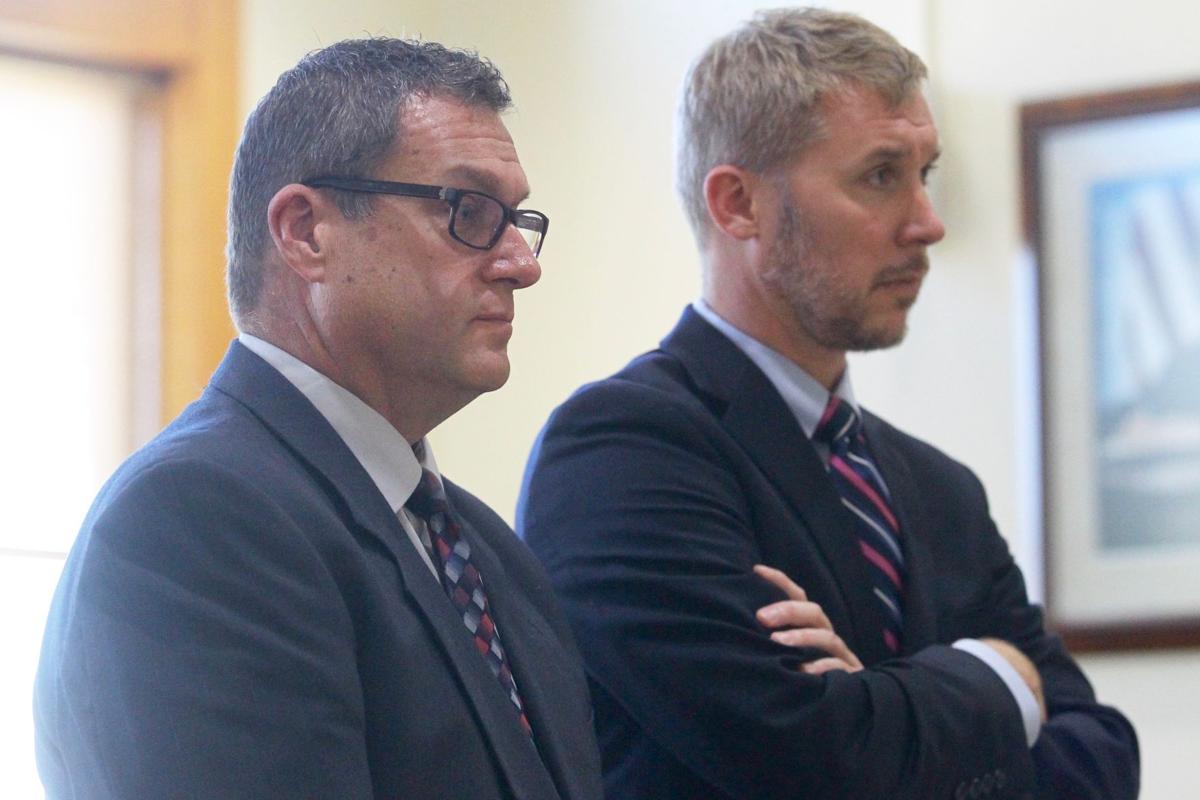 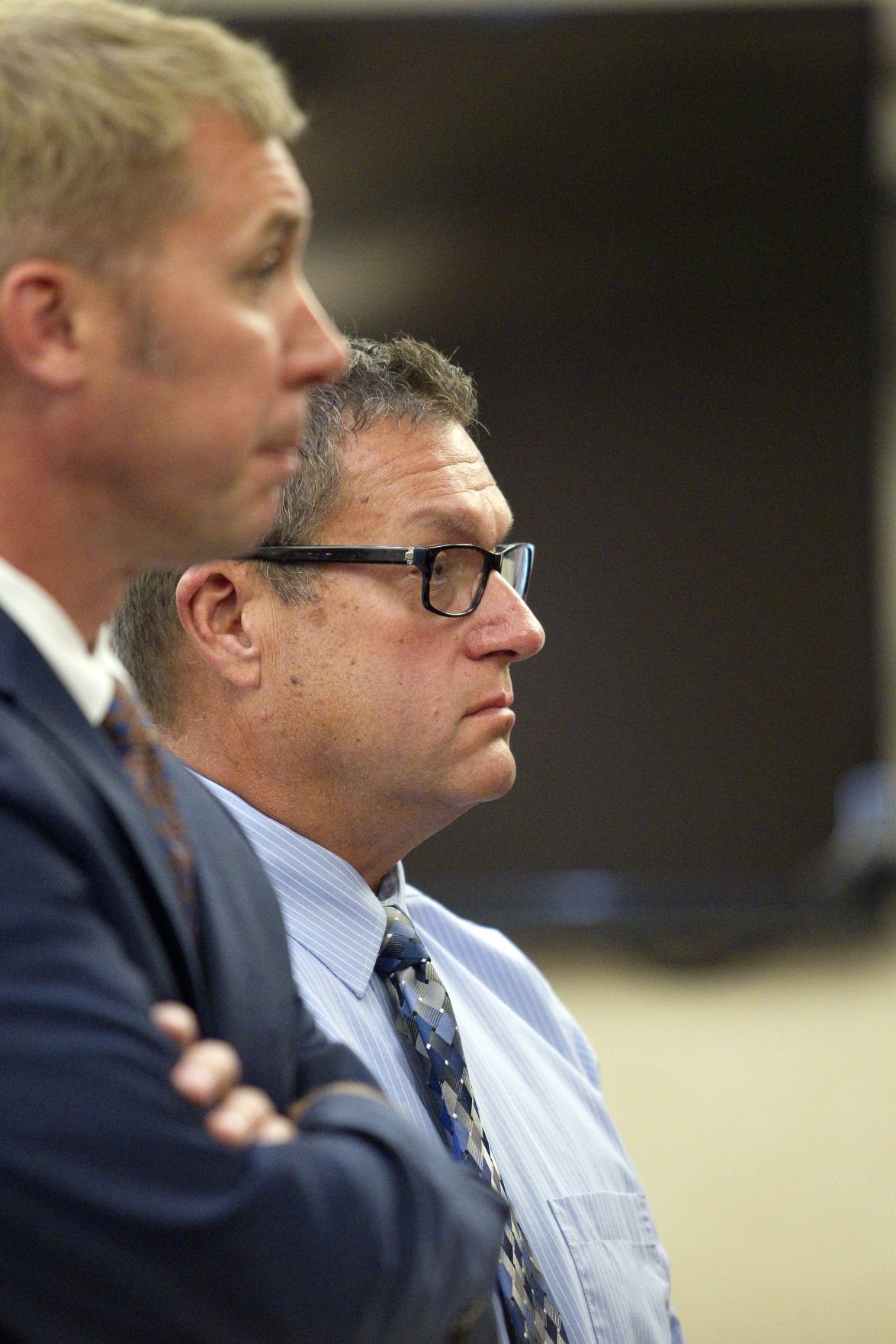 Karl Hartman appears in 86th District Court with his attorney Shawn Worden in Traverse City during past proceedings. 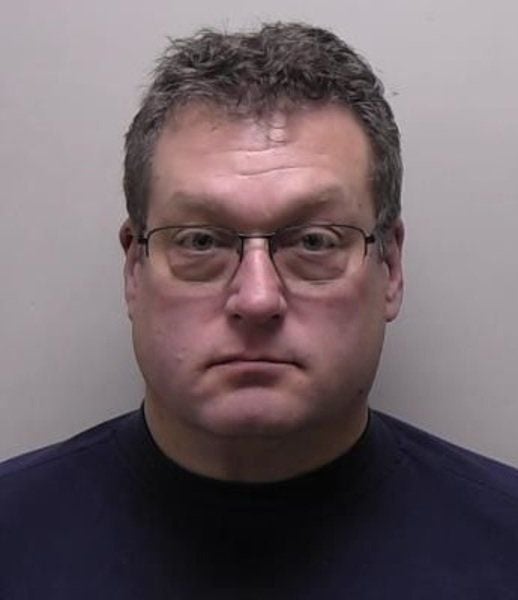 Karl Hartman stands in the 13th Circuit Court in Traverse City on Nov. 14. Hartman, a former Kingsley Area Schools principal and teacher, was sentenced to 3-5 years for three counts of assault with intent to commit sexual contact.

Karl Hartman appears in 86th District Court with his attorney Shawn Worden in Traverse City during past proceedings.

KINGSLEY — One name has dominated the attention of one of northern Michigan’s most tight-knit communities for the past 11 months: Karl Arthur Hartman.

The 55-year-old former Kingsley Area Schools teacher and principal sits behind bars in a Michigan Department of Corrections prison — convicted of assault with sexual intent against two students — and he is likely to stay there for the next three to five years.

Those in the northern Michigan community are trying to close the wounds opened by the ordeal and the string of abuse that spanned decades. But a heated division remains between those who support the victims and those who still support Hartman despite his guilty plea.

Kingsley Area Schools Superintendent Keith Smith said many people have struggled to reconcile the Karl Hartman they know, the Karl Hartman who spent 31 years as a teacher, a principal, a mentor, a shaper of young minds, a pillar in the community, with the Karl Hartman charged with and convicted of “these horrific crimes.”

“People are faced with, ‘How does somebody who I think I know get accused of these things that are so contrary to the person I know?’” Smith said. “You had people who said, ‘No way. This never could have happened.’ There were people who, 100 percent, supported the victims and said there’s no incentive for the boys to come forward because there’s nothing to gain.

“That rift, from the beginning, was there and pretty pronounced in the community.”

More on the horizon

Hartman pleaded guilty Oct. 4 to three felony counts, stemming from accusations he spanked two students for sexual gratification in his office when he was the principal at Kingsley Elementary School in 2004. He avoided a possible sentence of 25 years to life after agreeing to a plea deal that dropped several charges — one count of felony first-degree criminal sexual conduct, four counts of felony second-degree criminal sexual conduct, one count of felony accosting a minor for immoral purposes and two misdemeanor counts of furnishing alcohol to minors.

Grand Traverse County Sheriff’s deputies arrested Hartman Jan. 22. At one point during the investigation, Hartman faced 11 separate charges — including another first-degree criminal sexual conduct count — stemming from witness statements from eight accusers whose accounts spanned a time period from 1988 to 2018.

But Smith said Kingsley Area Schools and the community itself is larger than just one person.

The first chapter might be written and closed, but word of new accusations against Hartman surfaced last week — which means this story has yet to see its end.

Grand Traverse County Sheriff’s Capt. Randy Fewless declined to offer much detail on the continuing investigation into Hartman other than to say another accuser came forward after the plea agreement was reached. Fewless said the statements from the accuser are similar to the previous accounts of inappropriate touching.

A report on the matter is expected to be forwarded to the Grand Traverse County prosecutor soon, Fewless said. Chief Assistant Prosecuting Attorney Kyle Attwood said he is aware of the ongoing inquiry into new accusations, but he reserved comment until he sees the report.

Out of the shadows

Attwood said prior to the revelation of another accuser he believed there were others who did not come forward “because of what they’ll have to face when they do.”

At Hartman’s Nov. 14 sentencing, Shawn Worden, Hartman’s attorney, presented 90 written letters in support of Hartman and said he had 11 other letters that were submitted too late to be part of the presentencing report. That is more than a hundred people who contributed to the “resistance or pressure or disbelief” that affects whether people disclose abuse, Attwood said.

Attwood said every accuser calculates that opposition before stepping forward, and it’s an opposition amplified in a small community.

“Even if you’re not directly confronted, you’re going to feel those stares, those whispers, those sideways glances,” Attwood said. “It’s difficult enough to face your abuser in a courtroom, but then you to have to face your abuser and your neighbors and your teacher and the shop owner who you know are supporters of that person who abused you.”

Detective Mike Matteucci, who was lead investigator in the case and is pursuing information in the latest investigation, said the sexual nature of this case along with a male abuser made coming forward for the male victims even more difficult.

“Some of the victims who eventually came forward were very thankful that the initial few young men were brave enough to come forward and start this process,” Matteucci said. “Many of them had been living with this for a long time, and it gave them a voice and the courage to come forward also.”

The four people who stepped into the public spotlight and gave victim statements at Hartman’s sentencing — two accusers and the mothers of two other accusers — rained down heavily against the former beloved educator. Some called him a predator, a pedophile, a pillar of the community who destroyed people’s lives, a wolf in sheep’s clothing.

One of the first accusers to come forward to school officials and law enforcement in the first week of January said he did not stand in the courtroom on Nov. 14 for himself but “for all the other young men and women who have not found the voice to speak for themselves.”

“How do you put into words the most absolute violation of trust and infliction of emotional pain, anguish and suffering of innocent children? Is there anything more despicable and deplorable than to steal the innocence of a child?” he said. “Karl spent a lifetime masquerading as an educator, friend, community leader and advocate for children. He used that status to gain access to the most vulnerable and defenseless so he could sexually violate them.”

But Worden said all of that was “the smallest part of an otherwise great man.”

Hartman struggled to keep that piece at bay, however.

Matteucci said he has never investigated such an extensive case. He likened the way Hartman gained the trust of the students and those in Kingsley to the actions of convicted serial child molester and former Michigan State University physician Larry Nassar. Nassar received 40-175 years in prison for sexually abusing more than 300 young girls and women.

“Basically, he groomed the community,” Matteucci said. “Kingsley is small. It’s a small community. A lot of the people involved in this case were lifetime Kingsley residents — lived there, grew up there. They knew the families of the victims. They knew the Hartmans. It was very hard for the community to handle.”

Monte Rindlisbacher, a Kingsley resident and parent of five children who have gone through the Kingsley school system, said the community has been hit repeatedly with a “mix of heartbreak and anger” throughout this process. He said he’s known Hartman for more than 15 years and trusted him with his kids.

That trust is now lost, and Rindlisbacher said that mistrust has bled over toward all people who take care of children.

“I want that fuzzy warm feeling that I feel safe that my kids are going to be okay and protected and not preyed upon when they go to school,” he said. “I know a lot of people in Kingsley, and I know we’ve got a lot of resolve. You can consider this a dark moment, but we’ll be moving forward. We’ve got our kids to worry about.”

But people like Smith, Attwood, Fewless and Matteucci know Kingsley and northern Michigan cannot move forward under the same sense of normalcy and the same attitude of “that can’t happen here.”

Fewless and Matteucci, as the latest investigation moves forward, are hopeful victims of abuse continue to find their voice.

Smith said the school has hired two new counselors and formed a social/emotional wellness committee to address these and other issues. His hope is to create an environment where students feel safe and comfortable speaking out if they feel in danger — from someone else or even from themselves.

“This is an event that has changed Kingsley,” Smith said. “Now we have to make sure it never happens again.”

'A wolf in sheep's clothing': Karl Hartman gets 3-5 years in prison

TRAVERSE CITY — Karl Hartman walked out of the 13th Circuit courtroom and disappeared behind a door, where steel cuffs were latched around his…