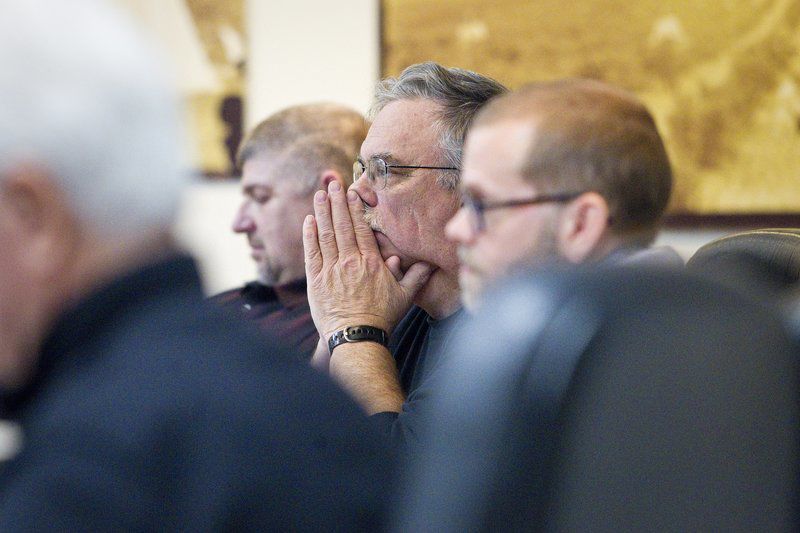 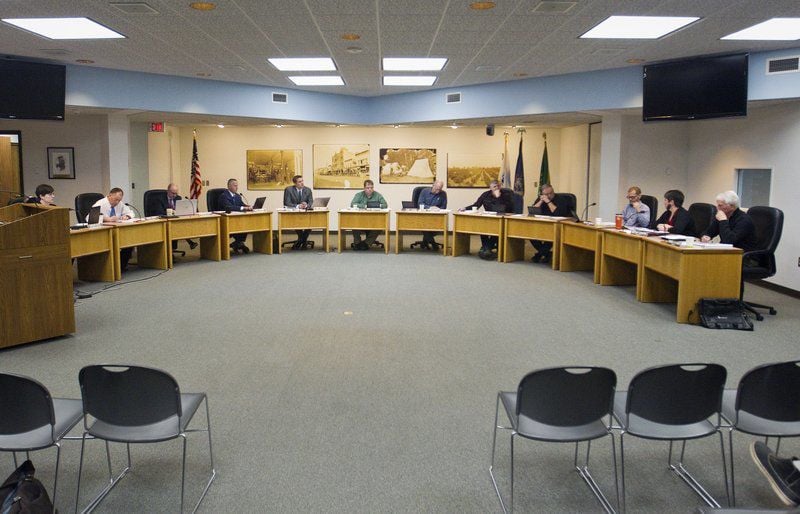 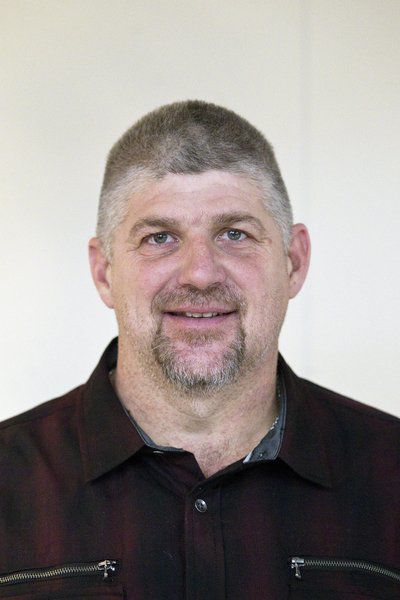 TRAVERSE CITY — People don’t think about their skeletons — but without one, they’d be a puddle on the floor.

“(Public officials) are there and if they’re working well, it’s great,” she said. “If they aren’t, you have a broken arm or a broken leg or whatever and things are not working.”

Disputes among officials can disrupt a government’s ability to support its surroundings. They’re something to which Grand Traverse County commissioners — both past and present — are no stranger.

Contentious issues past boards faced include the county’s underfunded pension liability; what to do with Easling Pool; whether to renovate the current jail or build a new one; and funding animal control.

Some of those issues — like the pension debt and what to do with the jail — remain in front of today’s commissioners. Other issues before the seven 2019-20 board members are new.

Eighteen of the roughly 80 votes cast by commissioners since they took office in January have been heavily debated ending in 4-3, 3-3 or 4-2 votes — seven relate to the invocation policy; six to changes to the board rules that expand the power of the chairperson; two on appointments to the Traverse Area District Library Board; and one each on changing the meeting time, how many trucks to buy for animal control and the election of the chairperson.

Commissioners split into the same two blocs on each of the 18 votes.

The groups shift when it comes to the commissioners’ individual perceptions of the board’s cohesion.

Hentschel and Clous, the chairperson and vice chairperson respectively, said they think commissioners are working well together and are completing the county’s business. Hundley and Jewett said things are OK, but bumps in the road are to be expected with the learning curve that accompanies five new commissioners.

Coffia and La Pointe both used the term “rocky start” to describe the term’s first few months, while Wheelock — now in his 11th term on the board — said commissioners haven’t worked together at all.

“I don’t think that anybody who’s either participated in or watched those meetings thinks that we have come out with great cohesion and are working super well together,” Coffia said. “It doesn't mean we can’t going forward — but the sky is blue and our board is having trouble.”

Each commissioner brings different views and strengths to the table, Jewett said. The procedures through which those views can be expressed and strengths utilized isn’t something that can be learned except by experience, he said.

Dialogue is a necessity for the board to be able to work effectively, yet attempts to open those veins of communication between each other and to the public are being quashed, Wheelock said.

“I’ve been through some pretty nasty controversies in the time I’ve been here, but the fact is, at least at the end of the day we were able to get through it and move on,” said Wheelock. “I don’t know if that’s possible with this group of people. I hope it is, but I don’t know that it is.”

Wheelock first called out his fellow commissioners on March 6, during discussion on the rule changes. Their behavior has made the board “a mockery,” he said, adding that he’s seen more political moves and personal agenda items brought forward in two months than in the last 20 years.

It’s become more about politics than serving the community, said Wheelock. Issues that ended in split votes and things like committee assignments being made with little or no input from commissioners compelled him to make the comment, he said.

It’s very sobering to hear someone with so much experience assess them that way, Coffia said, adding that she’s heard similar comments from community members. She’s seen political moves, Coffia said, but declined to go into detail in favor of focusing on improving commissioners’ working relationships.

Hundley said the maneuvering he’s seen likely was motivated by mistrust of another commissioner’s intentions. Trust is a two-way street that takes time to build, he said.

“I think things are the way they are because, in our community and in our nation, we have been led into camps — into our separate camps — that mistrust one another,” Hundley said. “It’s a nationwide thing … and I think at the community level, the county level, the local level, is the best place to make a dent in that.”

Clous said the March 6 statement drew him back to 2015 and the 5-2 vote that took place with almost no discussion to not renew then-County Administrator Dave Benda’s contract. Clous and Wheelock cast the dissenting votes.

Dissent among the current board doesn’t hold a candle to what happened in 2015, Clous said, so to hear Wheelock say now is worse surprised him. The 2015-16 commissioners survived the situation and went on to be a good board and the same can happen now, he said.

The situation isn’t as dire as Wheelock portrayed it, said Jewett and La Pointe.

The board would be ineffective if everyone had the same ideas and mindset, Jewett said. There will be agreements and disagreements, but that’s how great ideas and great decisions come about, he said.

If people are “playing politics” to further their own lives, that needs to be put aside so the focus can be on the business of the county and the constituents they serve, Jewett said. He added that some political moves have to be expected when in a political arena.

Commissioners’ cohesion could be better, said La Pointe, but throwing seven people into a pot who don’t know each others’ reactions or hot-buttons presents challenges. The hope is that they’re past that, he said.

La Pointe wouldn’t speak about whether he’s seen political moves, saying doing so wouldn’t serve a useful purpose. There’s enough of that at the state and federal levels, he said.

Hentschel also disagreed with Wheelock, saying the veteran commissioner is “prone to hyperbole.” Hentschel said he believes the comment was made out of frustration and confusion regarding what commissioners were voting on.

“I’m not trying to make it all sunshine and roses, but the stuff we disagree about is really minor,” said Hentschel. Votes on “actual county business” almost all have been unanimous, he said.

The reason the small stuff ends up being discussed in such length and/or shows up multiple times is because the Democratic Party feels threatened, he said. They engage their “propaganda machine” when votes don’t go their way in order to get people up in arms, Hentschel said.

Hentschel later said that he thinks the split votes show that commissioners are passionate about what they’re doing, digging in, researching and forming opinions.

“Now if those were all 7-0 votes, how would you feel? Rubber-stamp much?” he said. “It’s healthy for a board to have disagreement.”

The consistent split isn’t totally surprising, but it is disappointing, La Pointe said. He said he understands why people get upset, but the only alternative to voting following debate is to flip a coin.

“You have a diversity of opinions and you’d like to think you can manage that diversity in board discussions and not get upset if you’re not in the majority on a position,” said La Pointe.

Coffia said it’s not the disagreement or being on the losing side of a vote that bothers her — it’s that she feels commissioners aren’t being afforded the opportunity to truly deliberate and aren’t trying to hear each other. There have been times when she has felt “quite shut down,” she said.

All seven commissioners expressed the desire to serve the community, and most said they felt they’re on the same page as the others when it comes to the larger goals they want to reach — it’s on how to get there they disagree.

“Anyone that runs for a public office has to have some agenda,” Wheelock said. “There’s something that you’re interested in or there would be no reason for you to run. The question is whether or not we can get all of those agendas into a room and talk about what’s best for the community as a whole.”