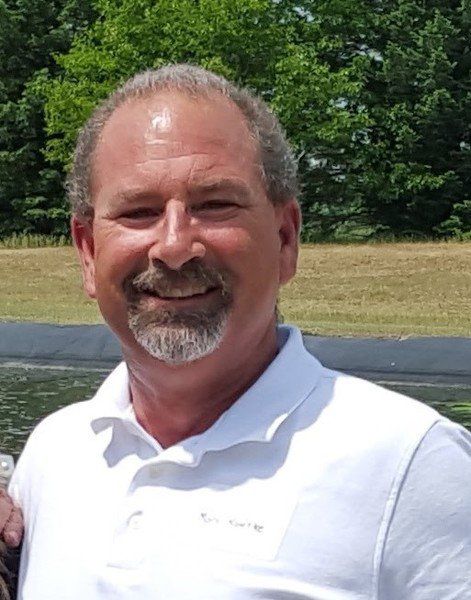 TRAVERSE CITY — A fire chief’s unexpected ousting is only the surface of back-and-forths, lobbed accusations and heated confrontations among Green Lake Township employees and officials.

Those “petty comments” and unilateral decisions were peppered throughout a Sept. 14 board of trustees meeting — by the end of which, former Fire Chief David Cutway pledged to “move forward with the way he sees fit” regardless of trustee thoughts and actions, draft meeting minutes show, and Supervisor Marvin Radtke called for Cutway’s job.

The heated debates were spurred by two employment questions labeled “Fire Department Issues,” in which one firefighter was fired at Cutway’s request and his request to do the same with a second department worker, an employee listed in minutes for a possible promotion, drew backlash and ire from trustees.

Once the dust had settled, a special meeting was set for Sept. 18 to discuss Cutway’s employment. The chief was fired in a unanimous vote during the special session.

Drafts of minutes for both meetings were supplied to a Record-Eagle reporter following a records request to Township Clerk Judith Kramer.

The fallout leaves Green Lake Township with interim directors for both fire and EMS services, a firefighter short and that clerical worker’s future unclear.

ISSUES FROM THE START

It’s unclear when cracks began forming — but it was well before Sept. 14.

Cutway was hired in March 2017 and for a while, it seems things went smoothly. But they began to deteriorate, Cutway claimed — he said Radtke often spoke poorly of him to the firefighters and EMS workers, and made a habit of undermining the chief’s decisions.

Radtke denied such behavior Friday, saying he was completely uninvolved with the fire department’s day-to-day workings.

Also along the fault line was the employment of that clerical worker, who according to Radtke, Cutway unilaterally deemed unnecessary. Cutway said the worker didn’t have training required by township policy to work in the department, and maintained that stance through September.

Meanwhile, harassment complaints from another firefighter — the man terminated Sept. 14, who requested his name not be used — were brought repeatedly to Cutway and Radtke with little resolution.

The tensions spurred disagreements that grew more capricious through late 2019 and into 2020, according to accounts from both men — though their accounts of who was at fault conflict.

In early August, the unnamed employee filed a formal complaint against Cutway, as confirmed by all three parties.

The complaint accused Cutway of multiple assaults, according to both the firefighter and Radtke — one instance detailed Cutway throwing a chair at the employee during a disagreement. Cutway said the arguments were purely verbal, though did grow heated.

The handwritten letter hit Radtke’s desk just before a three-week vacation, leaving it largely unaddressed until September. Radtke said upon returning and reading it, he conducted an informal investigation into the allegations, but felt there was no way to determine what really happened. He suggested during an interview Friday that perhaps Cutway rose abruptly from his seat and simply knocked his chair over, waving the complaints away as exaggerations and an “ongoing issue.”

“There was no apparent intent I could find,” Radtke said, noting he’d declined to alert law enforcement. “Personally, I didn’t think it rose to that level.”

Cutway said the complaint, which he’s only been able to read a portion of, accuses him of assault against an employee. He claims the accusation is baseless, and condemned Radtke’s failure to involve authorities if he felt it held weight.

Grand Traverse County Sheriff’s Department Capt. Chris Clark confirmed Thursday that no reports had been made concerning either party, despite the accusation being characterized in Sept. 14 meeting minutes as still under investigation and being of note. The minutes confuse the matter further by claiming the firefighter was accused of assault against Cutway instead of the other way around, which Radtke said wasn’t correct.

During Radtke’s vacation, word of the complaint made it to Cutway, who was having the firefighter undergo an eye exam and internal driving test after an infraction that damaged multiple township vehicles.

He failed — something Radtke attributes to pressure, despite the firefighter taking a follow-up test on his own dime and “passing with flying colors.” The internal results were described in meeting minutes as a “gross failure,” and called the employee “extremely incompetent in regard to driving fire equipment.”

Cutway chose to take away the firefighter’s clearance to operate department vehicles, Radtke said. Cutway himself said he took the firefighter off shifts and requested he be fired.

Radtke said he doesn’t see any conflict in the matter, and doesn’t believe Cutway’s past run-ins with that employee, or the August complaint, factored into that decision.

He dismissed a question about concerns of litigation by either Cutway or the firefighter.

On Sept. 10, Cutway learned of township plans regarding that clerical worker’s promotion.

He said he felt the appointment would be a liability and public safety concern, and chose to pen a letter to trustees highlighting his concerns. The Sept. 11 letter, which was provided by Cutway and brandishes a “Green Lake Township Emergency Services” seal, also points several accusations at Radtke, who he claims “continuously throws me under the bus,” undermined day-to-day decisions and “changing the rules and showing favoritism.”

He also shared plans to phase out the woman’s position, citing recurring conflicts with her and a liability created by her employment and lack of full training. Cutway included a request the board fire the firefighter in question too, noting he had no “current intention to place (him) on the duty schedule,” as well as the unrelated employee the board discussed moving to full-time, sharing a plan to eliminate the position in the near future.

At a regularly scheduled Sept. 14 meeting, trustees followed the request and terminated that employee. Discussions about the other proved less unanimous, and trustees questioned Cutway’s reasons and — as things grew heated — his competency.

Kramer at several points voiced disagreement with how Cutway was handling things, which was echoed by Trustee Paul Biondo and others. She said the clerical worker has been a longtime asset to the township and is well-liked, and didn’t understand why Cutway was so adamant about getting rid of her.

As the meeting neared its fourth hour, Radtke suggested the board also exercise Cutway’s at-will employment and requested a special meeting.

By next day, Cutway was on paid administrative leave. He remained on leave until his firing four days later, Radtke said.

Radtke cited evidence of Cutway “resetting his township cell phone, altered software and unapproved spending” in meeting minutes, but could not offer an amount for that spending and characterized it as recurring, minor incidents.

He previously said Cutway was fired because he wasn’t the person to lead the department forward.

Several records, including Cutway’s Sept. 11 letter and copies of meeting minutes, were provided to the Record-Eagle.

The Record-Eagle has filed a formal records request for Cutway’s personnel file, any complaints against him and any discussion about him by township trustees. The request remains pending with Kramer, who is also listed as Green Lake’s Freedom of Information Act coordinator.

Officials have since appointed Mike Stinson to oversee the fire department. Capt. Doug Fak will take care of Green Lake’s EMS services, as Cutway oversaw both.