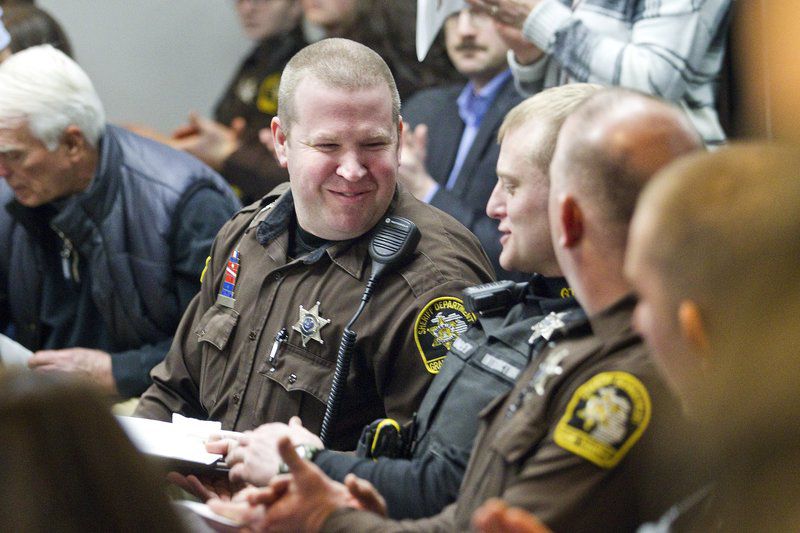 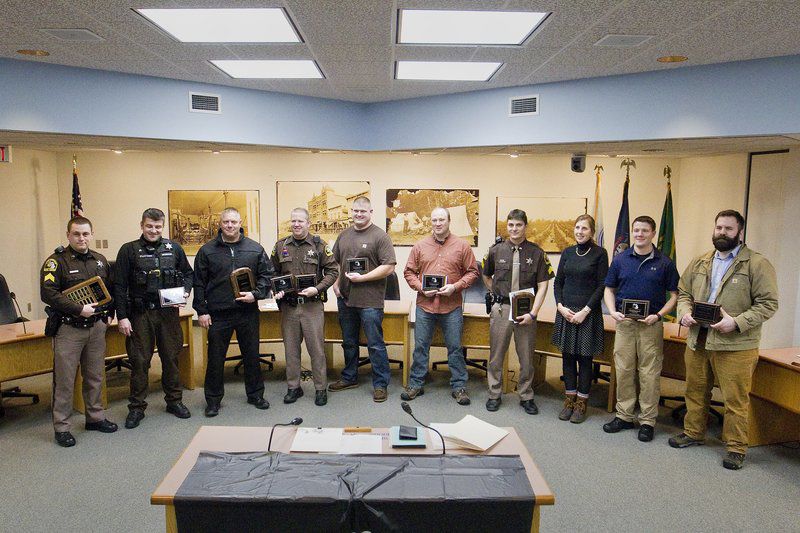 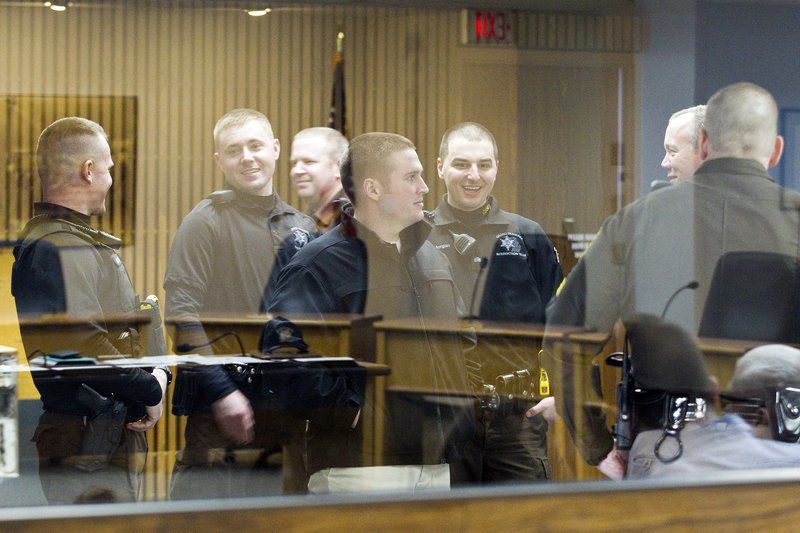 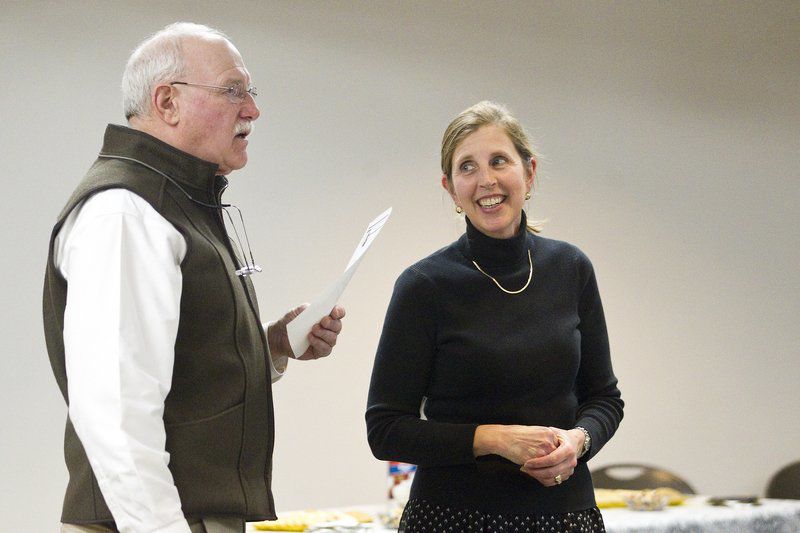 TRAVERSE CITY — Deputy Josh Wolf saw the 81-year-old man collapsed in a driveway and knew it was finally time to put his training to work.

Wolf was about a mile away July 26 when he received the call. Dispatchers sent him to the Garfield Township home where the man fell. He was on the ground, unresponsive and not breathing when Wolf arrived at 11 a.m., about two minutes later.

He got to work. Wolf performed CPR on the man and shocked him with a defibrillator. Countless hours spent training prepared him for a moment like this. Wolf was ready.

“I felt very confident,” he said. “I knew exactly what to do.”

Wolf never used the machine on a person before. It gave him instructions and he worked until medical personnel arrived and took over. They rushed the man to Munson Medical Center, shocking him four more times and gave him doses of cardiac medicine to keep him alive, finishing the work Wolf started.

County leaders, sheriff’s department officers and their families filled a room inside the Grand Traverse County Governmental Center and the hallway outside Wednesday for the department’s annual awards ceremony. Sheriff Tom Bensley honored Wolf and others for their work to save lives and help citizens.

Corrections division employee of the year

“Our biggest assets are the people who work for the sheriff’s office,” he said. “Day in and day out they show up to do their job.

“On occasion, they have to step it up.”

Bensley recognized more than a dozen deputies, officers and civilians for stepping up to help others.

Flitton rushed to the Old Town parking deck April 11 at 10 p.m. He spoke to a suicidal 19-year-old sitting on a fourth-story ledge for nearly an hour.

It was a one-side conversation. The man sat quietly while Flitton talked to him about his family. The man eventually came down and they continued their talk on a snowbank until more officers arrived and took the man to Munson.

Flitton’s training included dealing with people looking to harm or kill themselves — talking about family, school and interests all help. It didn’t make reporting to this particular scene any easier, he said.

“It’s probably one of the more terrifying situations I’ve been in,” he said.

Honoring these deputies and several more lets them know people are noticing their work to keep the community safe, Bensley said.

Sometimes, the bigger award for the deputies come from the people they are helping.

Wolf checked up on the 81-year-old man in the hospital shortly after his spill in the driveway. He found himself in the man’s wife’s embrace.

“To this day, it’s probably the most rewarding thing to happen to me,” Wolf said.