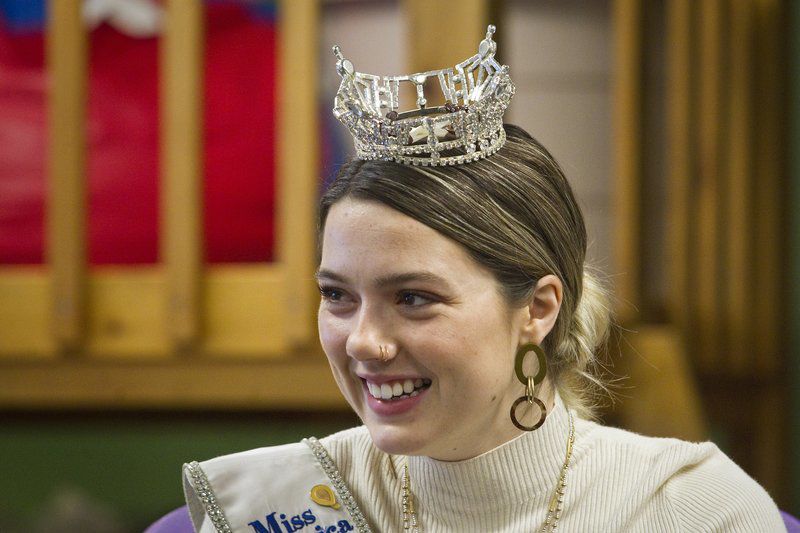 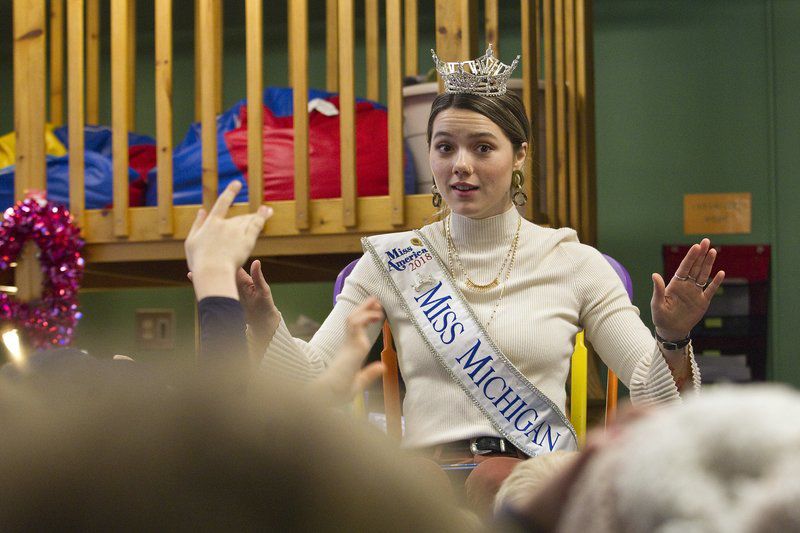 TRAVERSE CITY — Miss Michigan Emily Sioma has always had a voice. She just didn't know it.

She found it in 2013, when she attended the annual Speak Out hosted by the Sexual Assault Prevention and Awareness Center at the University of Michigan, where she was a student.

For the first time Sioma talked about her experiences of being sexually assaulted twice near the beginning of her sophomore year, which are now the basis of her "I Believe You" platform as Miss Michigan.

Sioma calls herself a survivor.

"Once you are a survivor, you are always a survivor for the rest of your life," Sioma said. "It will always affect me. It impacts every decision I make. It impacts the trajectory of someone's life."

Sioma will speak at 6 p.m. April 11 at Milliken Auditorium as part of several events recognizing April as Sexual Assault Awareness Month. Sioma will also answer questions as part of a panel discussion.

The event is hosted by the Northwestern Michigan College Office of Student Life. Tickets for a meet and greet with Sioma at 5 p.m. are $50; tickets for the event are $20, with the first 50 NMC students getting in free.

Proceeds will benefit the Women’s Resource Center, which helps people impacted by domestic and sexual violence.

This is the first time the WRC is sponsoring such an event, but with the number of women who are sexually assaulted on college campuses it seemed appropriate, said Juliette Schultz, executive director.

"It's super brave for Emily to come out and tell her story as a survivor," Schultz said. "It just felt like she was the right person to honor survivors and educate people on the issue of campus sexual assault."

Sioma, of Grass Lake near Jackson, was named Miss Michigan in June. In September she competed for the title of Miss America. She has a bachelor's degree in women's studies and hopes to someday teach sex education to children.

In the United States, one in five women and one in 71 men will be raped or sexually assaulted at some point in their lives, according to the National Sexual Violence Resource Center. In eight out of 10 cases of rape, the victim knows the perpetrator.

The rate is higher for women who were raped or sexually assaulted in college, according to the Bureau of Justice Statistics.

That's one of the things that Sioma will talk about, that sexual assault occurs in places women think are safe — their homes, college campuses, dorms and offices.

"We need to debunk the myth that the people who perpetrate rape are hooded figures hiding in the shadows preying on victims," she said.

Sioma's assaults took place three months apart — once by an acquaintance and once by a friend, both of whom also were students at U of M.

She never reported them, saying she knew that what happened to her wasn't right, but was it rape?

As she listened to another woman talk about what she had been through at the 2013 Speak Out, she had an epiphany.

"It was a moment when I realized that was what happened to me," Sioma said. "I finally had a name for it."

She knew it was time to tell her own story, which she knows now is a powerful thing for other survivors to hear, but also for those who haven't told their story yet.

Sioma said a common thread in all survivors is the guilt, the feeling that they could have done something to get away, that they were targeted because they drank too much or they were dressed wrong.

She now knows that's not true — and that's a big part of the message she hopes to convey.

"That was not the reason I was assaulted. I was sexually assaulted because this person took advantage of me."

There is also the culture that believes boys will be boys, that their behavior is linked to natural or biological impulses and they just can't help it. That is dangerous thinking that puts the onus on the woman, Sioma said.

Society should not be teaching women how to avoid getting raped, it should be teaching men not to rape, she said.

Sioma said she did not report the rapes because of an undercurrent of fear that nothing would be done, that there would be no repercussions for the perpetrators.

"That overpowered anything else, that feeling that I would not have seen the kind of justice I would have desired in that situation."

April 9: Take Back the Night march and rally; 5 p.m.; Hagerty Center; a march through downtown Traverse City is followed by a speak-out.

April 10: Can I Kiss You?; 6:30 p.m.; Milliken Auditorium; learning how to ask for what you want; free and open to the community and to high school students 16 and up.