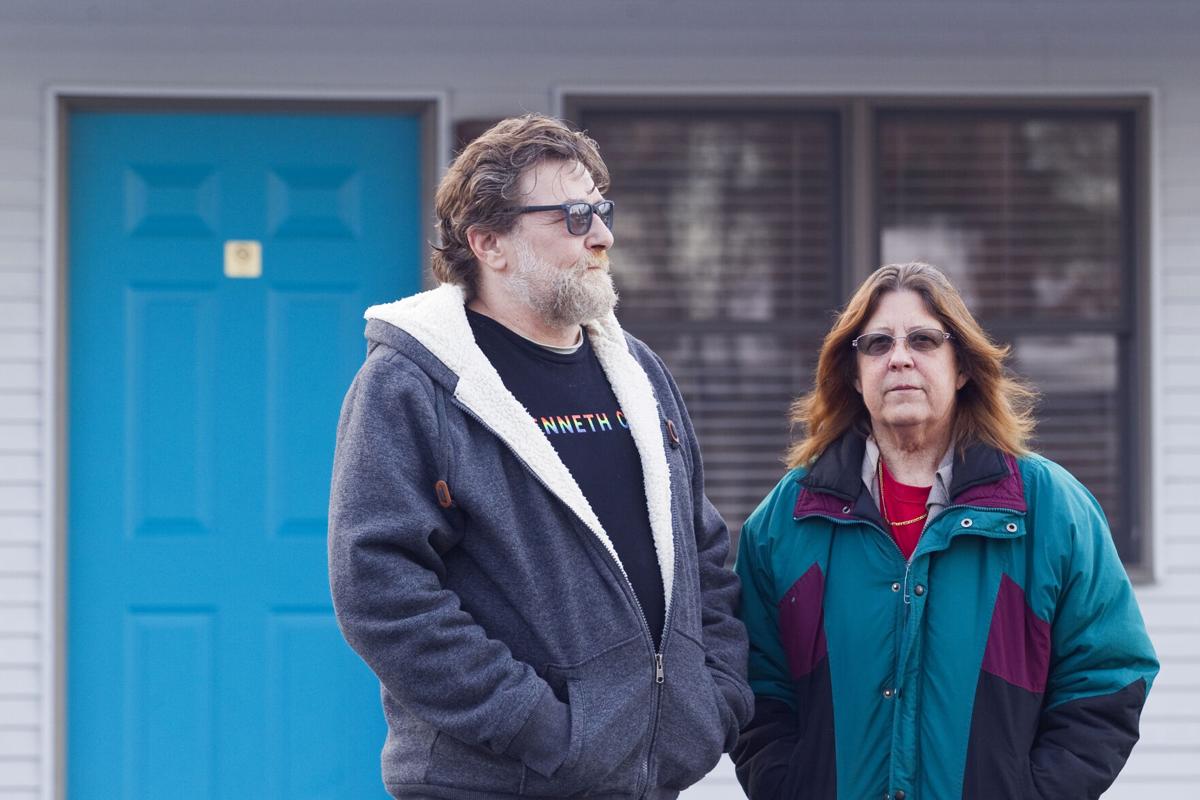 John McConnell, left, and Dawn Gillespie were forced into a motel after a suspected arson in November that displaced them and other residents of a house on East Eighth Street in Traverse City’s Old Town neighborhood. 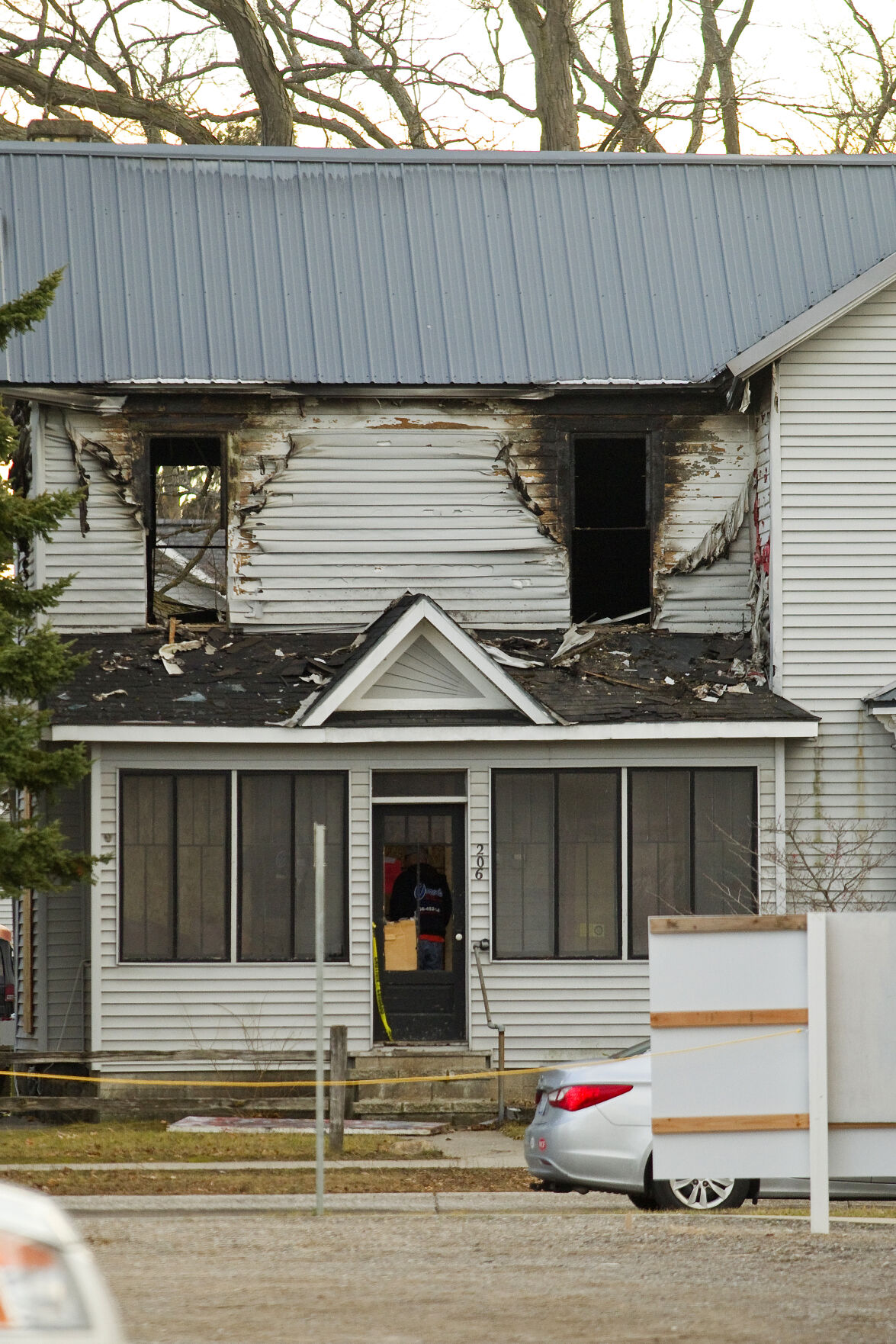 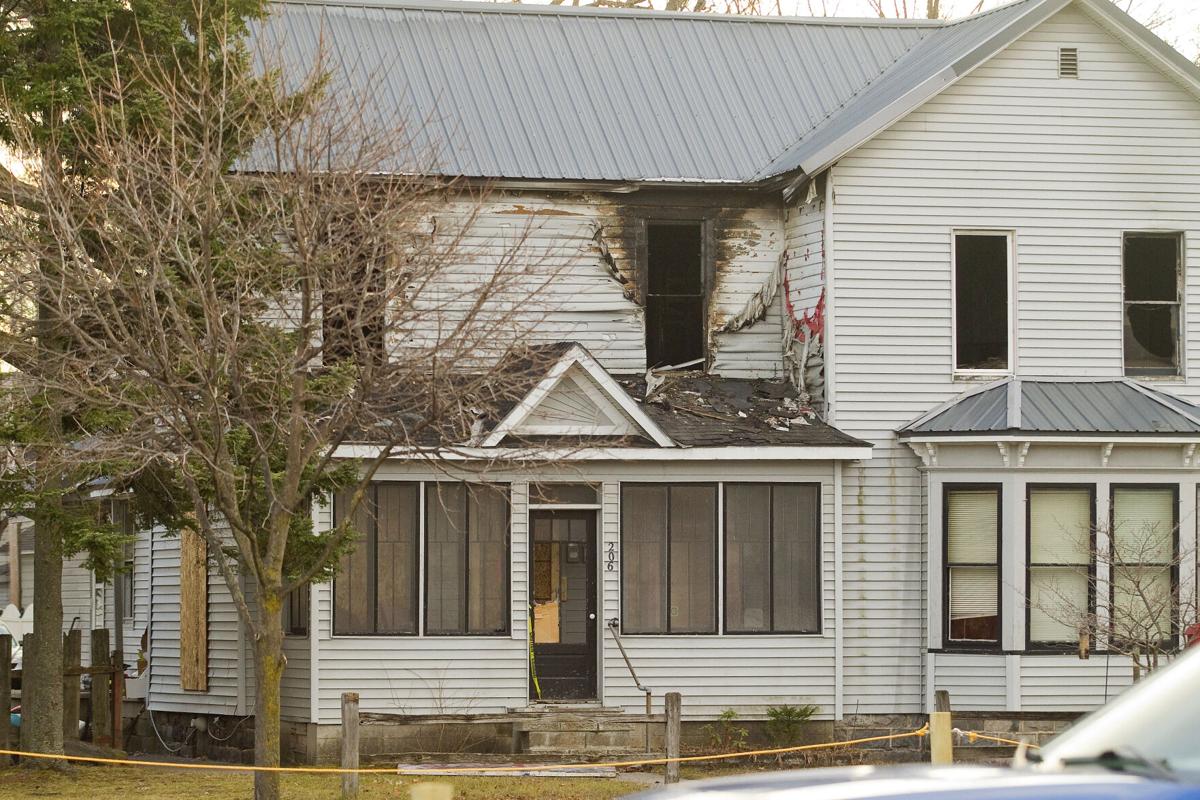 John McConnell, left, and Dawn Gillespie were forced into a motel after a suspected arson in November that displaced them and other residents of a house on East Eighth Street in Traverse City’s Old Town neighborhood.

But not every home is a haven — particularly when police and emergency medical responders repeatedly show up for incident after incident in an Old Town neighborhood house divided into several apartments.

A cascading string of events connected to a single Traverse City apartment seemingly began with a heroin overdose on May 6, when a 35-year-old Traverse City man died.

The man had been down on his luck, without a place to stay after losing his restaurant job during the government-ordered lockdown to battle the novel coronavirus. He had been welcomed inside the residence two days prior to his death to warm up and have some coffee, according to police records acquired by the Record-Eagle under the Michigan Freedom of Information Act.

His death was the first major incident of 2020 that drew authorities to the East Eighth Street house. It would not be the last.

Throughout the year, police responded to reported thefts, disorderly conduct incidents and eventually an arson the day after Thanksgiving. The fire left an unknown number of people without shelter — both those the landlords knew about and those they didn’t.

Dawn Gillespie’s life hasn’t exactly been an easy one.

She works at a local grocery store, sometimes in the bakery and other times in the deli. It’s been her job for around five years, about the same time period she lived in one of the apartments in the burned house on East Eighth Street.

Gillespie, 57, moved to Traverse City nearly a decade ago after being released from state prison. She served seven years for manslaughter for the death of her husband during a domestic violence incident in 2004 in Oak Park, she said.

When released, she first stayed with some friends before eventually moving out on her own. Traverse City became her new hometown and she began to rebuild her life here, she said.

“I thought I was on my feet, doing well, paying my bills on time, but now this happens,” Gillespie said.

She and other residents of the burned home suddenly found themselves without a place to stay. They had their motel bill paid for two weeks by their landlord, but Gillespie said she hasn’t been able to find a new place to live and her funds are running out fast.

It’s the latest challenge to emerge from her recent “summer of chaos” which she said began at the Old Town neighborhood house. The upstairs apartment tenant hosted an open-door policy for those without homes as well as a “party atmosphere” for those who frequented there, Gillespie said.

Staying with Gillespie was her friend John McConnell, 53. He said the general ruckus out of the upstairs apartment often drew police and they would frequently complain to the landlords with the hope they would step in.

The upstairs neighbor told McConnell he felt compelled to use his apartment to shelter people down on their luck, and McConnell surmised the generosity spun out of control.

“He told me that God had told him to help the homeless and have them live there because he has extra room,” McConnell said.

Records released by the Traverse City Police Department show that after the overdose death in May, police and other emergency responders were called at least six more times before the fire.

Records show the theft of a bicycle was reported July 20; disorderly conduct was reported among a group of men loudly arguing July 23; emergency medical responders helped a man having a seizure for lack of medication compliance on Oct. 15; theft of $120 cash was reported Oct. 23; and, a noise complaint was filed on Nov. 15.

“Unfortunately we’ve had houses pop up in the past like this one,” said TCPD Det. Sgt. Matt Richmond.

Records from 86th District Court show property owners Meagan and Erik Luce filed eviction papers Nov. 25 against second-floor tenant Joseph Thomas, who could not be reached for comment at any of the multiple telephone numbers listed for him in online directories.

Neither of the Luces nor their Traverse City-based attorney Kathryn Glancy returned calls seeking comment about the case, either.

Eviction paperwork on file with the court cited suspected drug use and destruction of property, along with the repetitive police calls and overall disruption. Neighbors complained of general loitering and groups of people sleeping in the back yard around a bonfire pit, among other issues.

Then the situation climaxed.

“They had been served papers for eviction,” Gillespie said. “I guess they figured if they couldn’t live there, nobody was going to.”

Police records show a woman named Heather Martin, 42, of Traverse City, broke out all the glass windows on the house’s second floor with her hands on Nov. 26, Thanksgiving Day, the day after the eviction notice was first posted on the apartment door. A neighbor reported even seeing a glass table thrown out an upstairs window to shatter on the ground below.

It was a harrowing few moments, the neighbors said.

“We’re sitting in a house with smashed windows raining glass down around you. I was jarred by the experience,” McConnell said.

Police records show the very next day, Martin was back at the house and told authorities she ignited a pair of jeans in the stairwell leading up to the second-floor apartment because she wanted to “take out meth labs.”

Firefighters raced to the scene in the early evening hours Nov. 27 to find flames and smoke pouring out of upstairs windows. Everyone escaped the structure fire unhurt, though several people were removed from the basement by firefighters, records show.

Police reports released under FOIA show Martin told authorities she knowingly ignited the fire while other people were in the house. She told those hanging out in the basement they should flee after she lit the fire, records show.

A TCPD report shows Martin told investigators: “It’s not my fault if those f-----s stayed in there. They should’ve listened to their Commander in Chief.”

Martin was arrested Dec. 3 on an outstanding misdemeanor warrant on another issue and was later charged with first-degree arson for her alleged part in the incident. She could face up to life in prison, if convicted.

Grand Traverse County Prosecutor Noelle Moeggenberg said the case against Martin has been stayed pending a competency evaluation. Those typically take a couple of months to complete, she said.

Court records show Martin will be defended by Traverse City-based attorney Stephen Kane, who said he has concerns about his client’s competency to assist him with her case, as well as her potential criminal responsibility.

“If you look at the police reports, she’s all over the place,” he said.

Police officials said they’ve continued to be called to the house on East Eighth Street, even after the house burned and was condemned to residents until repairs are made.

Records show reports of “squatters” getting into the house that’s been open to nature’s elements since the late-November fire have come in to police at least twice since the department filled the Record-Eagle’s FOIA request for reports of all emergency calls to that address.

Officials said it’s unknown how many otherwise unhoused people were staying at Thomas’s second-floor apartment and were displaced by the fire. But at least a couple of tenants listed on lease agreements were also put out on the street.

McConnell said that after a couple of uncomfortable weeks in a motel, he felt lucky to have found a rent-controlled, one-bedroom apartment at the Grand Traverse Commons. He considers it one really lucky phone call.

“It’s actually been a very positive outcome for me,” he said.

McConnell said he lives with health problems and currently is unemployed, but hoping to do some future work in photography. He doesn’t have a car but likes to ride his bike, so the Commons with its connected trails and bike routes is an ideal location to start building his life again, McConnell said.

This was the second house fire McConnell said he survived. The first was a decade ago on Traverse City’s Ninth Street, ignited when he mistakenly left a tapered candle lit while he walked to a nearby convenience store, he said.

“I felt really fortunate that we all got out safely, even the cat Dora,” he said.

Gillespie, however, hasn’t had the same good fortune in finding a new place to live.

Local low-income housing has months-long or even a year-long waiting list and otherwise affordable apartments seem impossible to find in Traverse City, she said.

“What’s the point of putting my name on those lists? I need a place to live now,” Gillespie said.

“I can’t find any place to go. They are telling me I have to be totally homeless and go to a shelter to get help,” she said. “But if I go to a shelter I may lose my job because they don’t work around shelter hours.”

Gillespie has been off work on short-term disability insurance for an injured back. She goes back on the clock this weekend and is hoping the influx of money may help her find a home, she said.