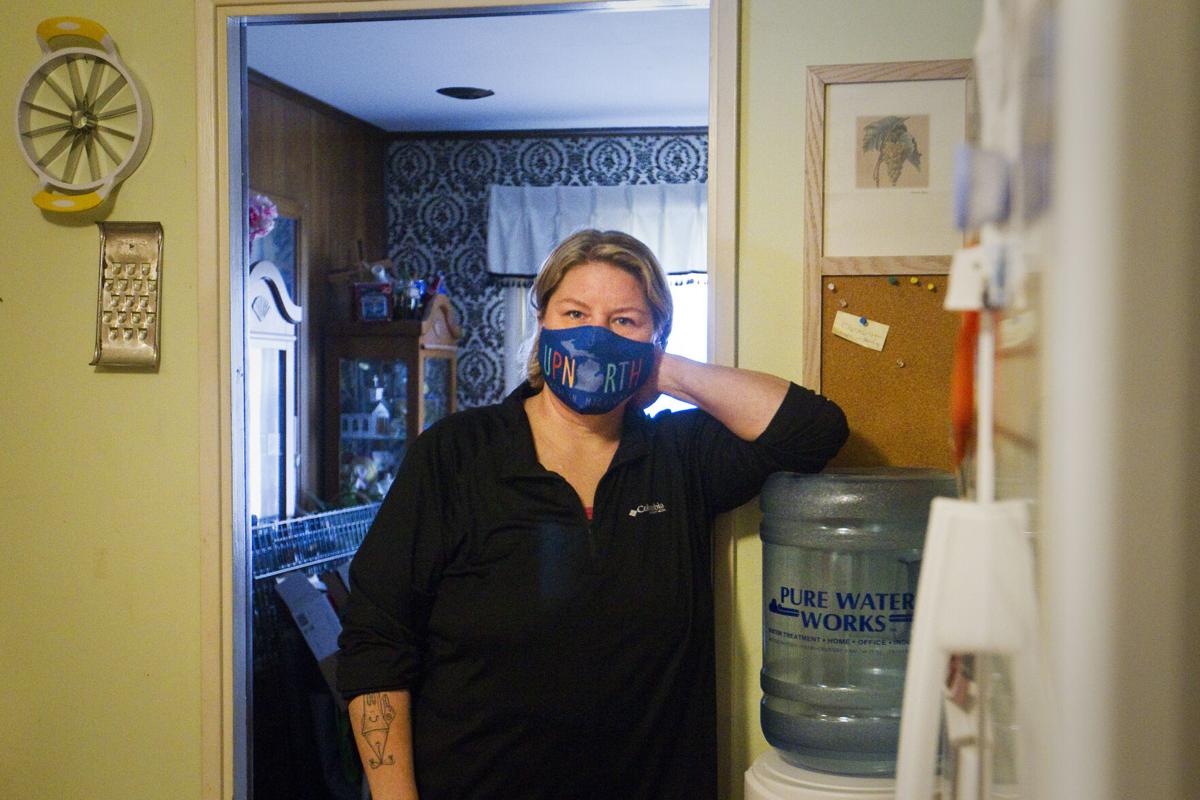 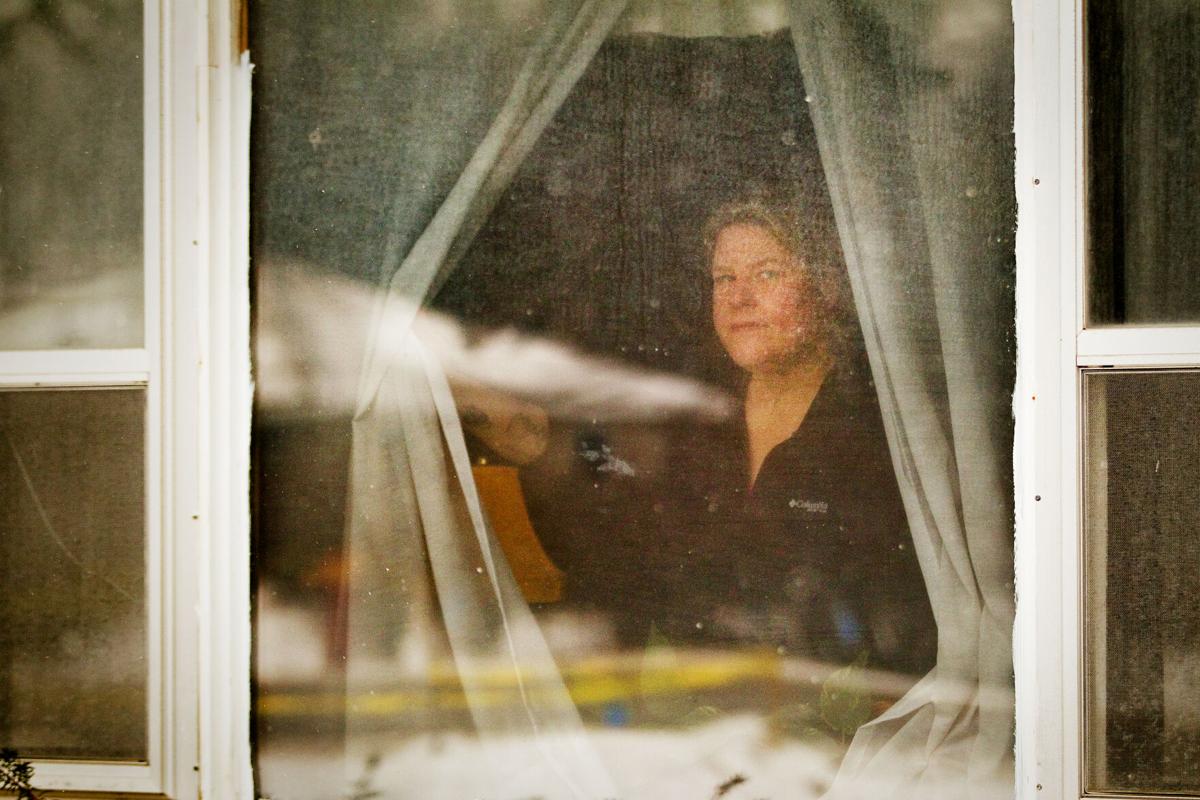 Hillerie Rettelle stands in the window of her home in Traverse City’s Pine Grove neighborhood, which was recently among a group of homes found to have PFAS contamination in their well water. 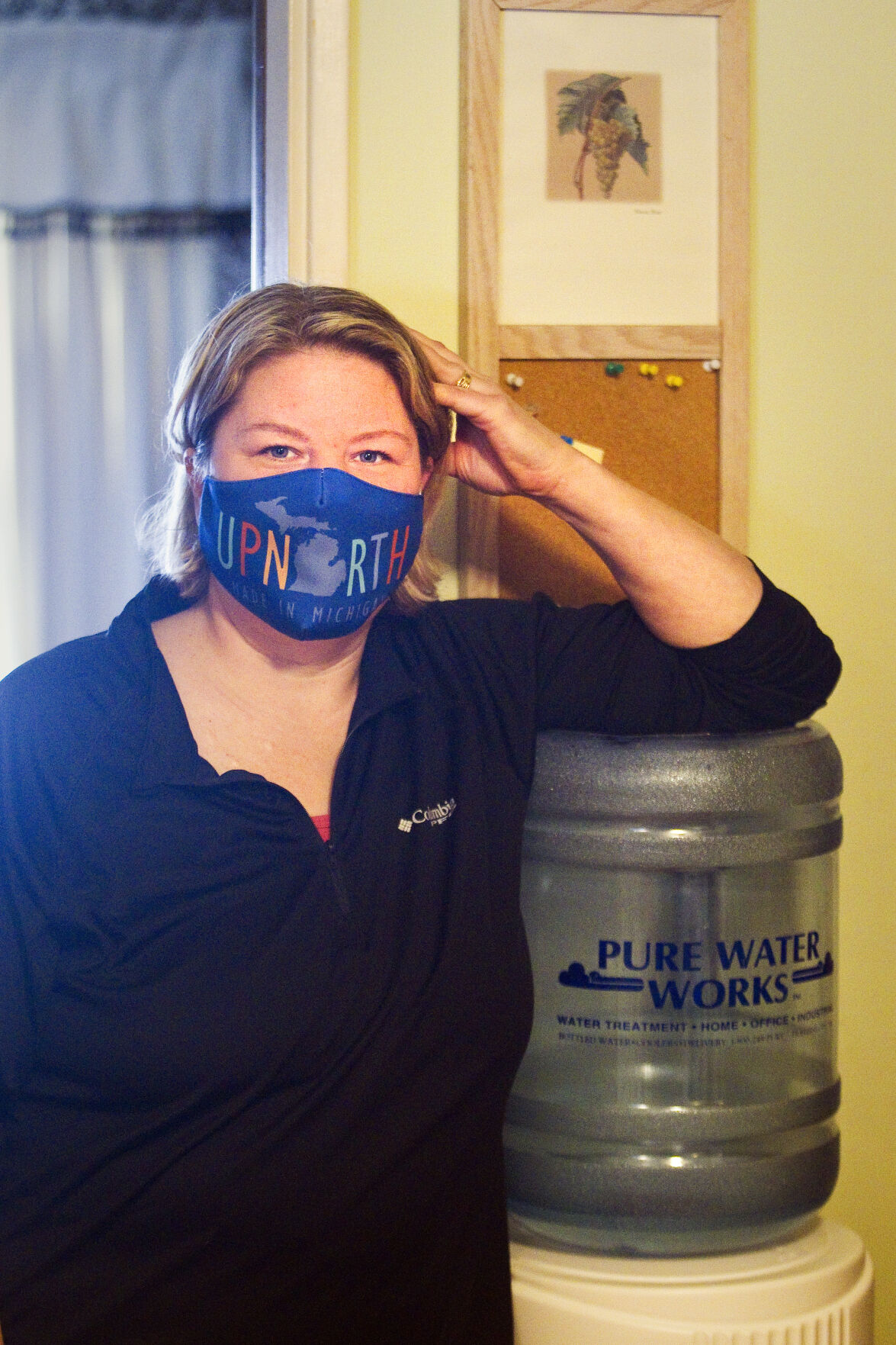 Hillerie Rettelle stands in the window of her home in Traverse City’s Pine Grove neighborhood, which was recently among a group of homes found to have PFAS contamination in their well water.

TRAVERSE CITY — Pine Grove neighborhood residents affected by PFAS-contaminated groundwater must wait at least another month before they can expect access to safe, clean, running water in their homes.

State and local environmental and health regulators updated those residents during a Monday afternoon virtual town hall meeting that covered costs, financing, timing and potential health risks. Officials discussed how one state grant fell through, but another was awarded to the project in Grand Traverse County’s East Bay Township.

Meanwhile, the 18 impacted households connected for well water north of the airport and U.S. Coast Guard aviation complex must continue to use a point-of-use filter at their kitchen sinks or delivered jugs of bottled water.

Hillerie Rettelle of Avenue B said she remains frustrated by the time line, and took exception to officials’ thanks for the residents’ patience for a solution. She said they “haven’t given us a ... choice” — her patience boiling over.

“I’m beyond frustrated. I’m beyond inconvenienced in my own home,” Rettelle said.

She had shoulder surgery last month, limiting how much weight she can lift. That makes cooking with water from the jug dispenser especially burdensome, Rettelle said.

“And my own surgeon told me I shouldn’t shower in the PFAS water with my incision,” she said, adding she instead washes every other day at her in-law’s home.

Township Supervisor Beth Friend said she understands residents must cope with the “hassle” of bottle water or sink-side filters, and she empathizes with their worries about health risks.

“I know how disturbing and concerning it is to find out this information,” she said.

“This isn’t easy,” he said, “especially when you find out your well is contaminated and you’ve been drinking it for some time.”

That’s why local officials continued to pursue ways to minimize costs to impacted residents to connect to the township’s water supply, Friend said.

The township supervisor said the total expected cost to hook up all 18 houses to the municipal water system and pay required connection fees is more than $229,000. But $150,000 in state grant funds have been earmarked for the work, she said, and after township contributions leaves more than $70,000 to go.

Friend said the township will seek “gap funding” from Grand Traverse County commissioners to cover the remainder, hoping to result in zero cost to the affected households.

“That is exactly what we’re shooting for,” Friend said.

Grand Traverse County commissioner Darryl Nelson, who represents East Bay Township, said he’s hopeful county funds can be found to bridge that financial gap. The issue is expected to be discussed at the next meeting set for Feb. 3.

“Obviously speed is of the essence in this matter,” Nelson said, adding that the affected residents are not to blame for their current circumstances.

“I look at this issue as if something fell out of the sky on these people’s homes. It is not their fault, it seriously affects just a few homes, but seriously. The only difference it snuck in under the ground,” he said.

Without any county funds chipped in, Friend said, the remaining bills would cost the households $22 per month for 15 years after township leaders extended the payback schedule by a decade. That’s a change from more than $175 monthly for five years.

Friend said township officials this week will mail contracts to the 18 homeowners — or eventually hand-deliver them if needed — and by Feb. 5 will finalize the work agreement with the contractor. Property owners must return the signed contracts to the township by Feb. 12 so a list of those participating in the hookup can be provided to the contractor by Feb. 15, she said.

Officials said the contractor will have one month to complete the work once the notice to proceed is finalized, and homes will be prioritized according to which have the highest concentrations of PFAS in well water.

Rettelle said that means her house will be connected second.

In the meantime, she now worries about dependence on 17 other households to get paperwork submitted in time. Perhaps another door-to-door session may be in order, she said, like how she and a neighbor did prior to the last virtual town hall meeting to raise awareness.

Meanwhile, homeowner Rick Hejl asked officials during this week’s online session whether a source of the contamination has yet been pin-pointed.

Ann Emington, geologist with the Michigan Department of Environment, Great Lakes and Energy and project manager for this PFAS site, said dual investigations are underway at the aviation property just south of the neighborhood.

Officials from both Cherry Capital Airport and U.S. Coast Guard Air Station Traverse City have begun to probe possible sites of contamination, she said. Reports are expected in the next couple of months. A plan will be then developed to clean up the pollution, Emington confirmed.

A common source of PFAS contamination in proximity to airports has been a type of firefighting foam that can extinguish fires burning liquid fuel. The chemicals associated with the foam have in recent years been found around airports and military bases.