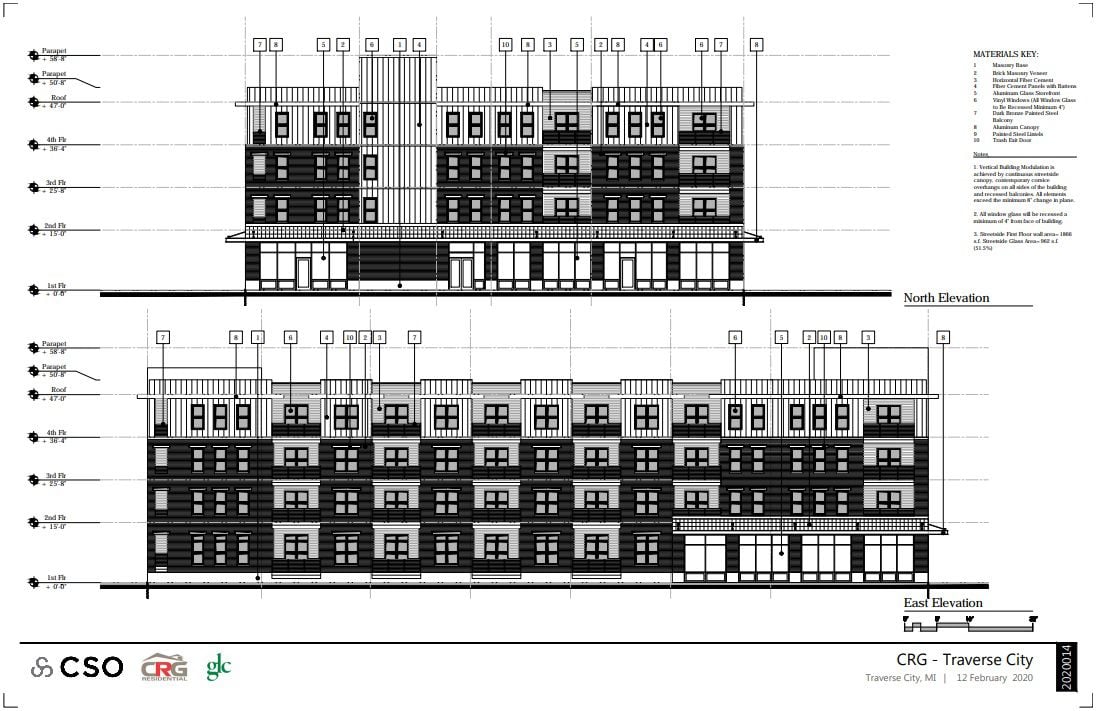 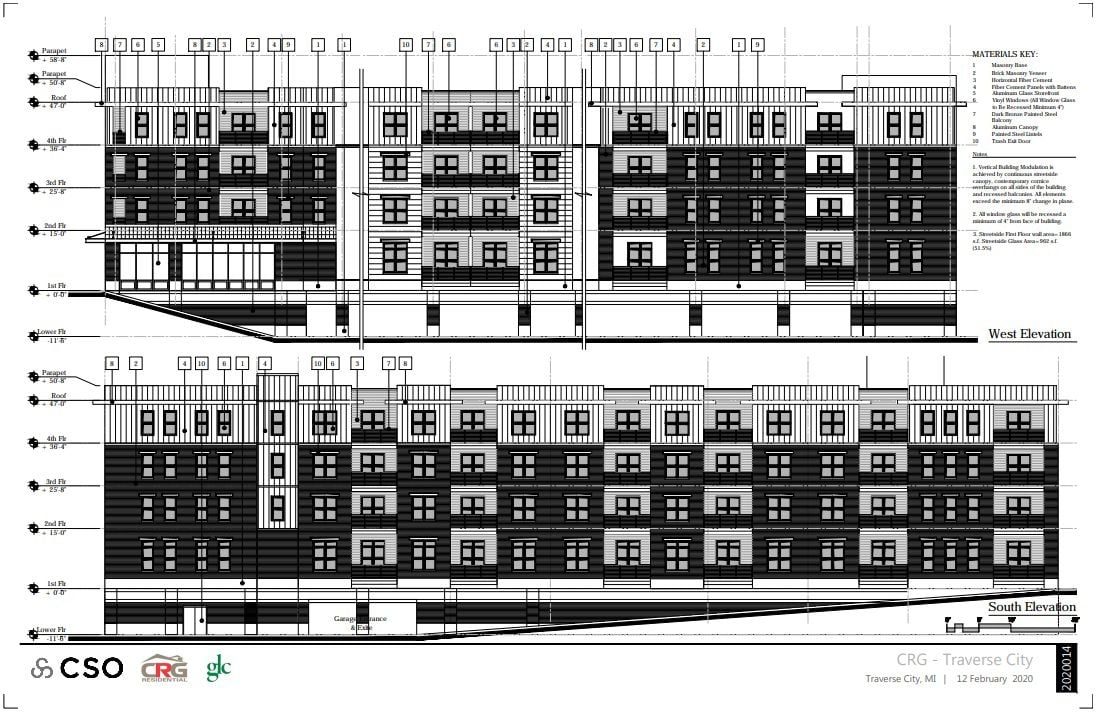 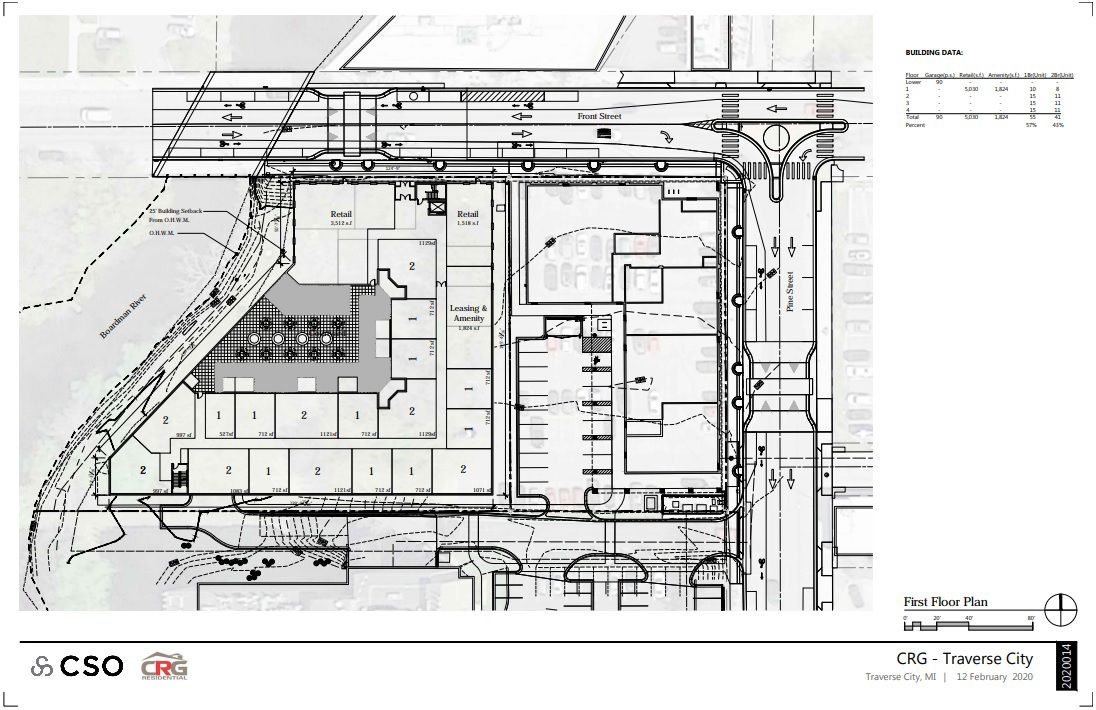 Joe Sarafa, who along with Erik Falconer owns 309 W. Front St., confirmed Great Lakes Capital has a purchase option on the lot.

Four stories would sit atop a 90-space parking garage at river level. Access to the garage would be by a shared drive between Riverview Terrace and the building.

Soyring said he met with Jeff Smoke, Great Lakes Capital’s managing director, to talk about the plans and what needs to happen next. It’ll require a city planning commission site plan review, which could be on their March 3 agenda.

The company will also need permits from the Michigan Department of Environment, Great Lakes and Energy, as the site is in a floodplain, Soyring said.

Great Lakes Capital is a real estate private equity firm behind a number of commercial, industrial and residential developments in Indiana, according to its website. It has also developed projects in Michigan, Ohio and Wisconsin.

The builder may be able to claim a $2.8 million Michigan Business Tax Credit but only if work is done by March 2021, said Rob Garza, Michigan Economic Development Corporation senior program specialist.

That’s if the builder makes a $28 million investment — the amount specified when the state approved the tax credit in 2008.

Garza said the Michigan Business Tax Credit program sunset in 2011 so no new credits have been awarded since then, but each approved one will be honored. That March 2021 date is 10 years from when the project’s pre-approval letter went out.

There are some potential complications to claiming the tax credit. Garza said any changes to the project from what was approved in 2011 would have to go through an amendment process with the MEDC — Garza said the MEDC hasn’t received any such requests for 309 W. Front St. as of Jan. 30.

Pine Street Development One, the company Falconer and Sarafa co-own, formerly planned two 96-foot-tall buildings on the land and the lot next door, as previously reported. That led to a lawsuit over which former 13th Circuit Court Judge Philip Rodgers voided part of the project’s special use permit in 2016.

Those plans, since abandoned, also touched off a dispute over the city’s skyline that led voters to adopt Proposal 3 that same year, as previously reported. The charter amendment requires a city-wide vote for any new construction taller than 60 feet — Soyring said Great Lakes Capital’s plans are for a 60-foot building.

Next door, 4Front Credit Union broke ground on its new headquarters in June, as previously reported.

Federated Capital Corporation owner Louis Ferris owns the lot through a separate LLC, as previously reported. A previous attempt to develop the land as a 68-foot-tall retail-and-condos building fell flat in November 2017 when its special use permit expired before construction began.

Ground breaks at Front and Pine