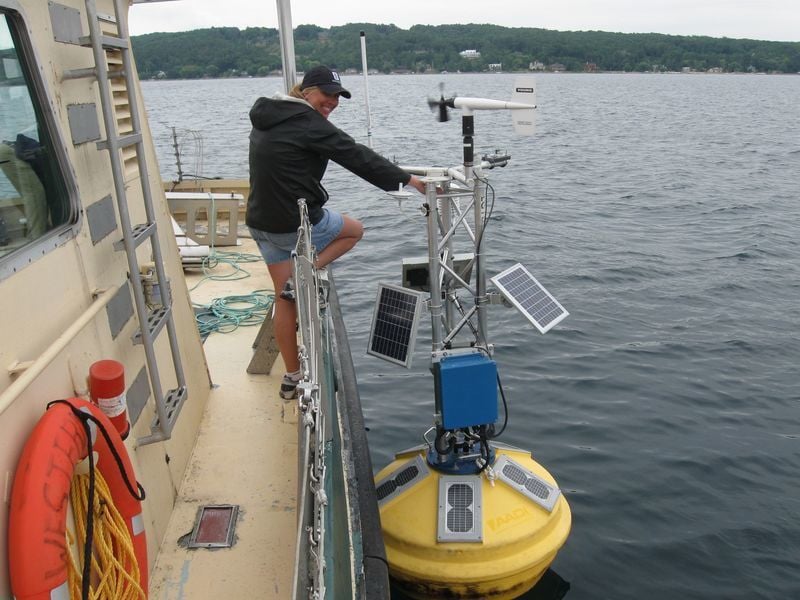 Special to the Record-EagleErica Plesha, of Frankfort, was one of WMU-Traverse City’s first two graduates of the Freshwater Science and Sustainability Program. 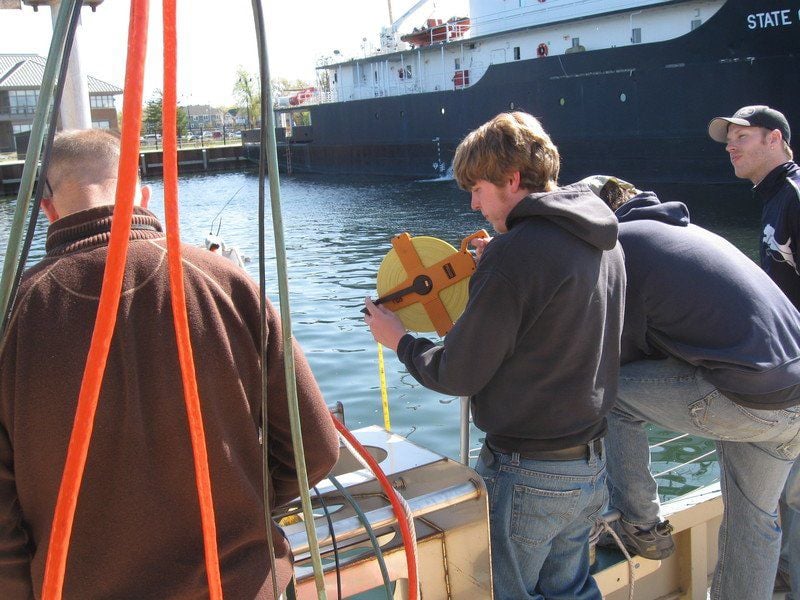 Special to the Record-EagleJohn Lutchko, 33, was one of WMU-Traverse City’s first two graduates of the Freshwater Science and Sustainability Program.

Special to the Record-EagleErica Plesha, of Frankfort, was one of WMU-Traverse City’s first two graduates of the Freshwater Science and Sustainability Program.

Special to the Record-EagleJohn Lutchko, 33, was one of WMU-Traverse City’s first two graduates of the Freshwater Science and Sustainability Program.

TRAVERSE CITY — John Lutchko always knew his career would be centered on water.

He grew up across from Grand Traverse Bay and spent as much time on Lake Leelanau as possible, visiting his grandparents’ cottage in the summer. Lutchko wanted to take his education further after graduating from Northwestern Michigan College’s freshwater studies program — and Western Michigan University offered him the solution.

Lutchko and his classmate Erica Plesha each earned a bachelor’s degree in WMU’s freshwater science and sustainability program this summer. They’re the first two to graduate from the program since it was launched two years ago in partnership with NMC.

“Water was something that was important to me just by virtue of location,” Lutchko said.

The program is tailored to prepare students for the imminent, complex challenges related to the sustainability of freshwater resources. Lutchko spent time in Phoenix after high school and learned about water quality problems in the southwest firsthand. But one need not look far to see problems closer to home, he said.

“Just look at Flint,” Lutchko said. “It was obvious to me that we were going to need to come up with solutions to some pretty tough questions. There is plenty of freshwater in the state but not enough understanding of the issues.”

Graduates learn a variety of themes related to freshwater studies, including economics, politics, accounting and more. Lutchko said the focus is on sustainability, but the well-rounded education prepared him to enter a variety of different career pathways.

“We know that freshwater studies are becoming one of the important subjects in the state and we know there are a lot of jobs available,” WMU-Traverse City Assistant Director Kim Stevens said, noting how about one in five Michigan jobs are related to water.

Students entering Stevens’ office to enroll have a “calling” to protect the Great Lakes, she said. Some students have been waiting for a program like this to surface and there’s nothing quite like it anywhere else in the state, she said. More than 50 students are enrolled in the program and that number continues to climb.

“We see the management of freshwater resources as one of the most important things we can do,” said Steve Kohler, director of the Institute of the Environment and Sustainability at WMU. “All life on the planet is ultimately dependent on freshwater. It’s one of our most critical resources.”

Visit wmich.edu/environment/academics/freshwater or call Stevens at 231-995-1846 for more information about the program.