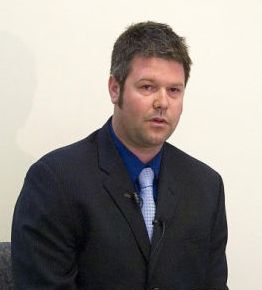 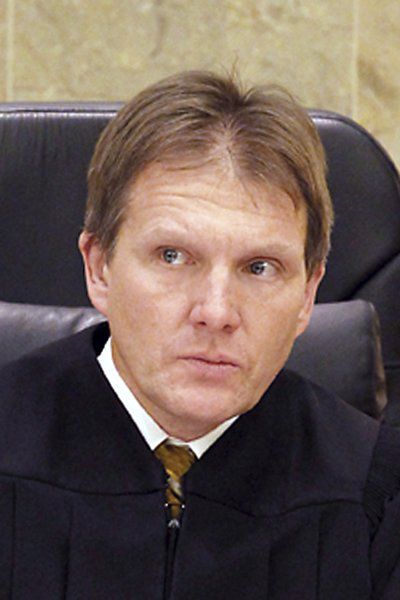 The falsified records came to light during a Michigan State Police review in January — they found two technicians, one covering Grand Traverse, Antrim and several other counties, had copy-and-pasted old records and skipped out on calibrating devices, according to a release. Both technicians — David John and Andrew Clark — now face multiple felony charges.

MSP responded with a statewide investigation into the supplier and servicer, Intoximeters, Inc., and soon after suspended the company’s long-standing contract with the state. Each datamaster breathalyzer was collected and recalibrated, MSP Director Col. Joseph Gasper said in a statement.

But ripples cast waves across the mitten state.

Locally, a motion to exclude breathalyzer evidence hit a snag Friday in a ruling by Judge Michael Stepka. The 86th District Court judge shot down the argument in an operating while intoxicated case against Nicholas Queen.

“There’s no evidence that the datamaster used in this case against Mr. Queen provided an inaccurate result. It’s that simple,” Stepka said of the case, which originated in Antrim County. “Even if there was a violation of the administrative rules, the remedy is not suppression or dismissal.”

He also specified issues with breathalyzers have only been confirmed in other regions — not Antrim.

“They didn’t deal with this basis of trustworthiness of the source,” Stig-Nielsen said, adding that he hopes the court reverses its ruling in a soon-to-be-filed motion to reconsider. “And here it’s proven that the source has been not only charged with fraud, but has admitted to committing fraud and falsifying documents.”

“Is the liar lying when they’re lying?” Williams added.

Another of the pair’s cases will be heard before 86th District Court Judge Robert Cooney later this month.

They hope for a different outcome.

“The bottom line is, the law’s being ignored,” Stig-Nielsen said. “The court in this case is really burden-shifting — putting the burden on the defendant to kinda prove that there was some kind of fraud in Antrim County. But really, the burden’s on the prosecution to show that the instrument was reliable.”

In the meantime, prosecutors have pored over cases since news broke, and several other local cases are adjourned or await appeal, said Grand Traverse County Prosecutor Noelle Moeggenberg.

“We haven’t seen any issues with our instrument, any wrongdoing there,” Moeggenberg said Thursday. “But (we’re reviewing those cases) just because any place that one of those two (technicians) went were basically told to take extra precautions.”

Antrim County Prosecutor Jim Rossiter declined comment on Queen’s case, but said he feels the matter is unlikely to impact his office’s convictions.

“They identified a handful of locations where they know the checks weren’t done properly. Antrim County wasn’t on that list,” he said. “Does the behavior in one small area call into question the behavior and accuracy in the larger geographical region?”

Grand Traverse’s court has a breathalyzer-related hearing on July 8, Moeggenberg said, where an MSP expert is set to testify. Others await scheduling due to either the COVID-19 pandemic or difficulties procuring needed witnesses.

Even if results are excluded, it doesn’t necessarily break a case, Moeggenberg said.

“It all depends on the case,” she said. “We’ve had cases that, even though they occurred during the time the datamaster results (could’ve been affected), the individuals involved had exhibited poor driving, went through their field sobriety tests and had many other indicators that they were intoxicated.”

Some cases have blood draws to fall back on — instances when a breathalyzer wasn’t available, after a car crash or when someone refuses to perform a breath test, Moeggenberg added.

Losing breathalyzer results could prove a major roadblock in other cases, though.

A January MSP release notes that further review of affected devices is likely to last “for some time.”

Williams and Stig-Nielsen weren’t sure whether that investigation has wrapped.

Several cases around the state have since been dismissed — and Williams argues that counties not included in MSP’s list may have been skimmed over.

on the matter, instead referring to agency press releases.