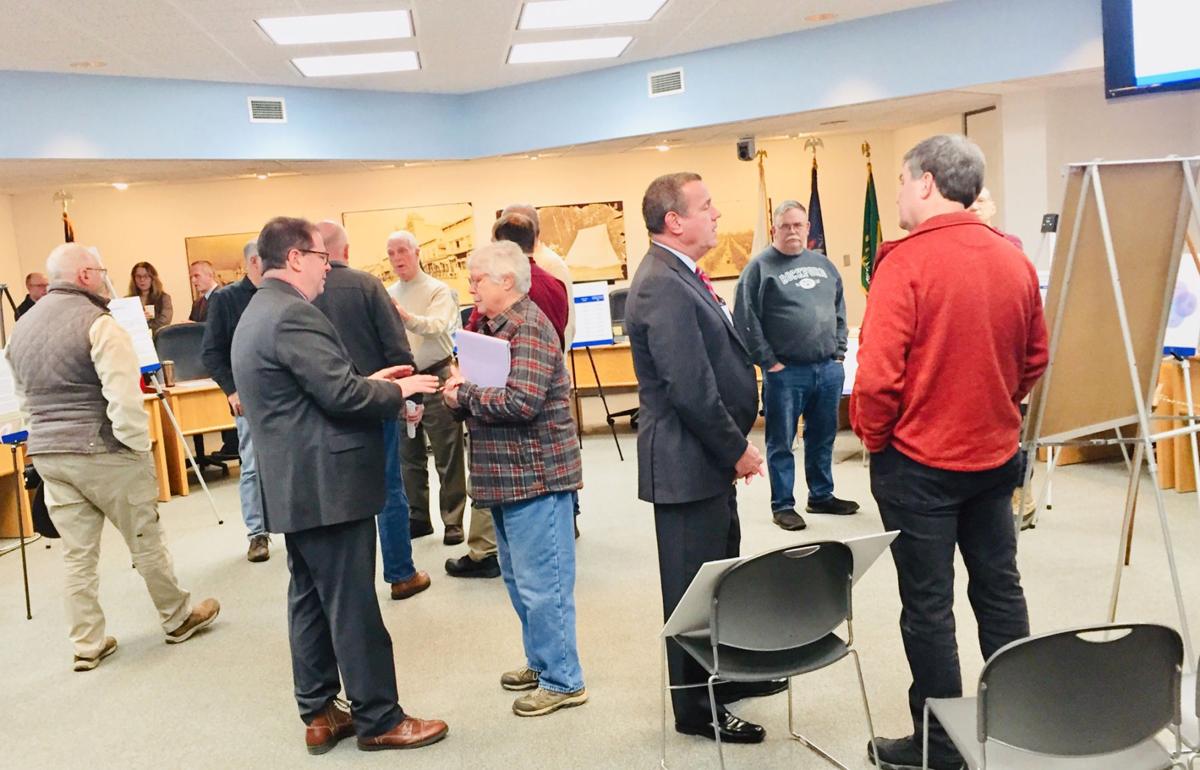 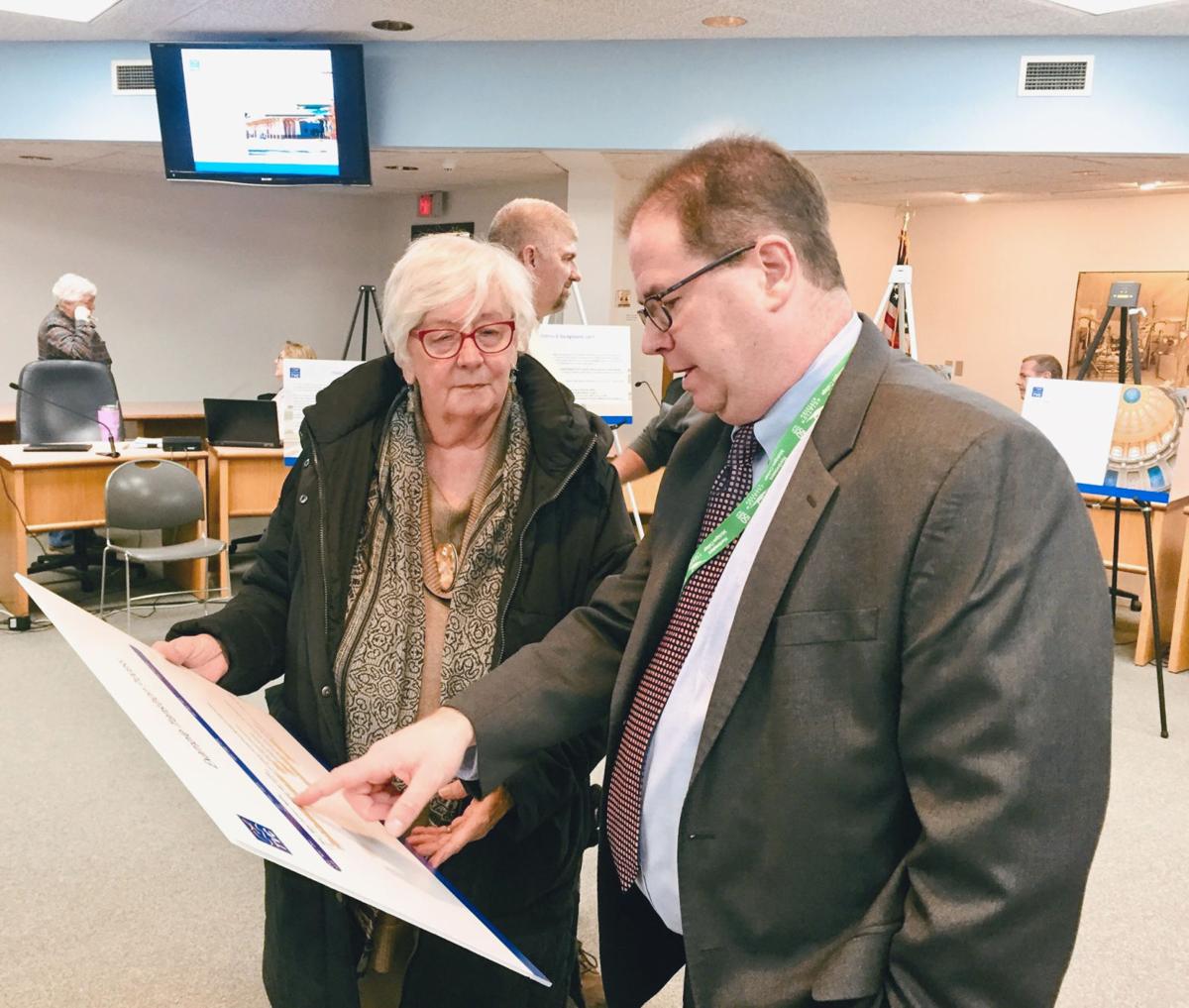 SUTTONS BAY — An advisory board recommended changing the Cherry Capital Airport’s governance model to an authority, which could take the airport’s ownership out of the hands of Grand Traverse and Leelanau counties.

The Leelanau County Board of Commissioners responded by saying, ‘not so fast.’

The Airport Governance Advisory Committee, which includes three members from Leelanau County, formed about a year ago to look at the ups and downs of changing to an authority. Commissioners William Bunek and Debra Rushton and county Administrator Chet Janik sit on the committee.

The Northwestern Regional Airport Commission approved the recommendation in November, with the Leelanau Board getting an update this week at its executive session held Tuesday.

Trustee Tony Ansorge wanted to know what is prompting the change, especially when the airport is in the black, expanding and under excellent management.

“I don’t see the problem at Cherry Capital today that needs to be addressed because we’re in good shape,” Ansorge said. “What problems are we trying to address by changing the structure?”

Airport management consultant Steven Baldwin said the advantages of changing to an authority would have it operating under one board instead of three.

It would eliminate the airport commission that now governs the airport and create an authority that could make decisions without having to go to both the Grand Traverse and Leelanau County boards for approval, Baldwin said.

The NRAC is made up of two Leelanau commissioners — Will Bunek and Debra Rushton — and five from Grand Traverse.

“There’s a reason why we go to the three boards and that’s to protect the public,” said Commissioner Patricia Soutas-Little.

An authority would allow the airport to buy and sell property and issue debt or bonds for capital projects, Baldwin said.

Debt is paid back through airport funds as airports cannot go to taxpayers for money.

Commissioners Melinda Lautner and Ty Wessell said they are not comfortable with the authority model.

“I am not convinced we need to change our governance structure,” Wessell said.

Other options looked at by the AGAC are to modify NRAC’s powers, pursue legislation to create an authority different from that allowed in the Airport Authority Act, known as Act 95, or make no changes.

Any change must be approved by both county boards.

Baldwin’s company, Steven Baldwin Associates, is being paid to look at the airport’s strategic and business plans and governance model as part of a three-year $250,000 strategic plan. Funds are coming from the airport’s leasing and parking fees.

Soutas-Little worries about eminent domain — the right of a government to take private property for public use, saying that under an authority the airport could condemn property without having to go through the counties.

Baldwin said the airport will always be able to exercise eminent domain whether it goes through an authority or the county.

“Eminent domain is reserved for those properties at the end of runways that are hazardous and the property owner refuses to clear,” Baldwin said.

Barbara Conley, of Northport, said she heard about various benefits of an authority to the airport and the county, but none for the public.

That hearing was recommended for approval by the full board at its Dec. 17 meeting, with a January date likely to be set at that time.

“When you look at the opportunity to solve a lot of the property issues and the transparency priorities which were brought up today, under the authority model you have a way to deal with those,” Klein said at an input session held Wednesday.

Two others were held in Grand Traverse on Tuesday, with a total of 17 people attending the three meetings.

“I was really pleased to see that when Mr. Klein held the meeting yesterday, there were two time (slots) that were very reasonable, so working people could get here,” said Sylvia McCullough of Interlochen, who was at Wednesday’s session.

“We’re giving you our input and we’d like to see what your response is to that,” said Dave Nichols, of Traverse City, who wants to see some follow up.

Harold Lassers, of Acme, said whether an authority or commission, governance of the airport needs to have representation of some form.

Rushton, who also sits on the NRAC, said she doesn’t yet know what an authority will look like, but said the county will still be represented. She would like to see the two counties work together and bring options to the table that can be presented to the public.

A recommendation to have Janik do that was approved on a vote of 5-2, with Ansorge and Lautner voting “no.”

Rushton said that would move the process forward.

The airport property is owned by the two counties and leased to Cherry Capital. That lease expires in 2040. A joint operating agreement expires in 2049.

Under the agreement, the airport is subject to city zoning, which is a violation of state law that says the airport should control its own zoning, Baldwin said. It also has a provision that calls for any profits made by the airport to be distributed to the counties, which violates Federal Aviation Administration policy, he said.

“The existing (model) has to be changed,” Rushton said. “We have to make a decision one way or another.”

Act 95, passed in 2015, amended the Airport Authority Act to allow smaller airports to form authorities. Cherry Capital is one of two of the state’s 17 commercial airports that is governed by a commission. The other is MBS International Airport in Freeland.

TRAVERSE CITY — Cherry Capital Airport’s governing structure could change from one of an airport commission to an authority, and airport leade…