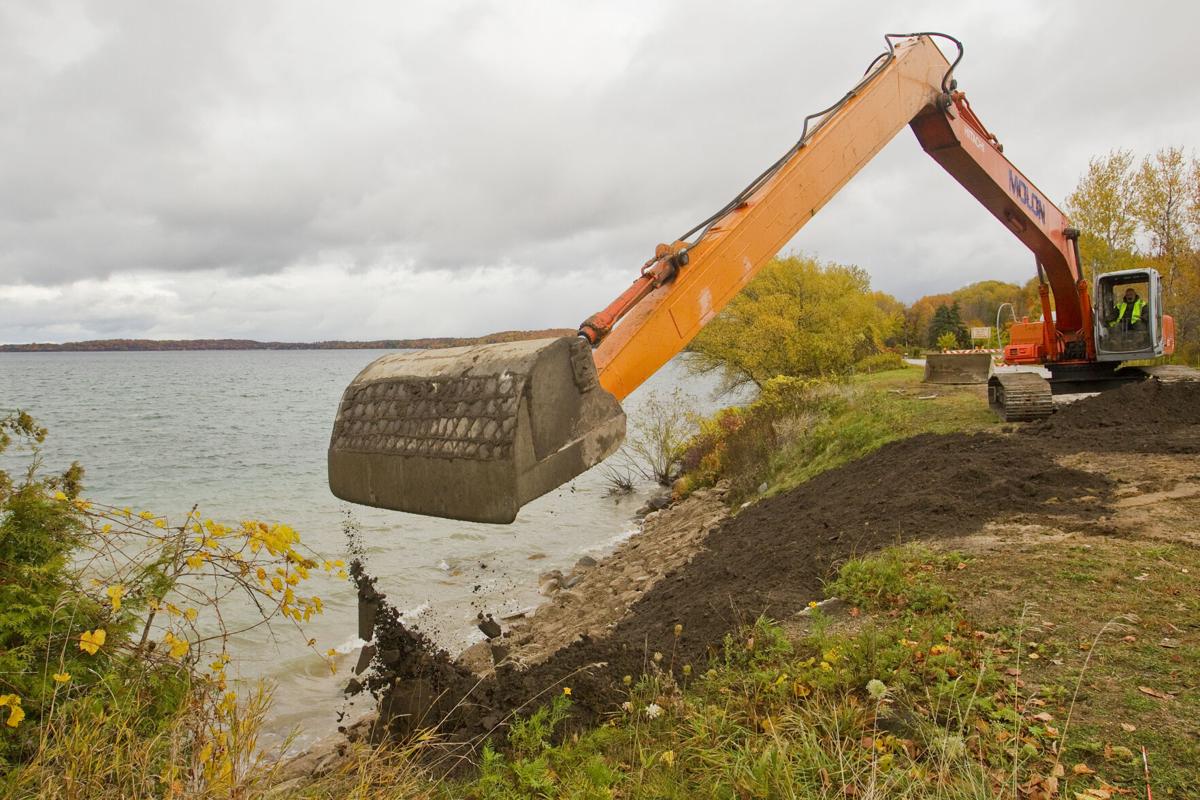 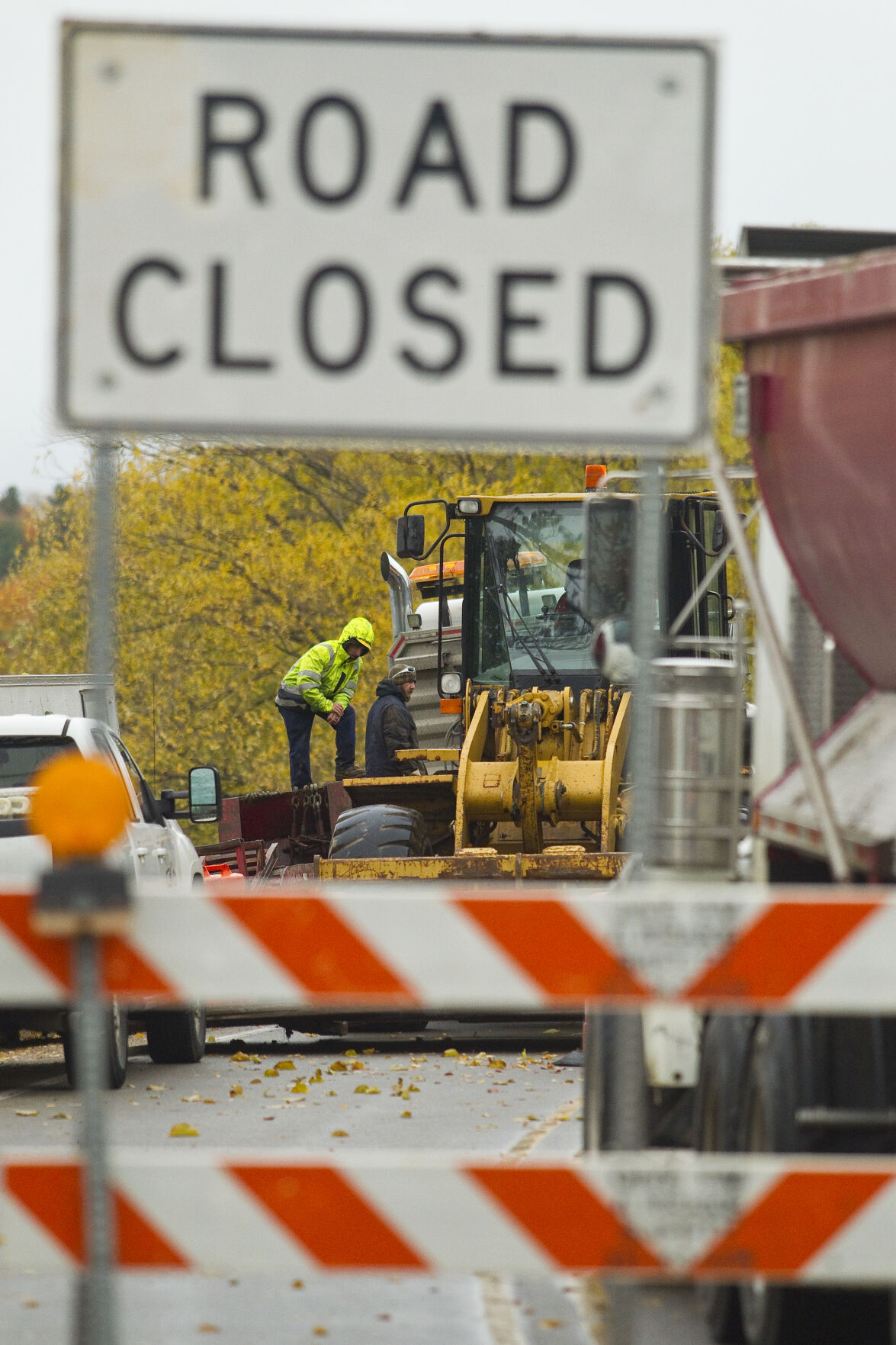 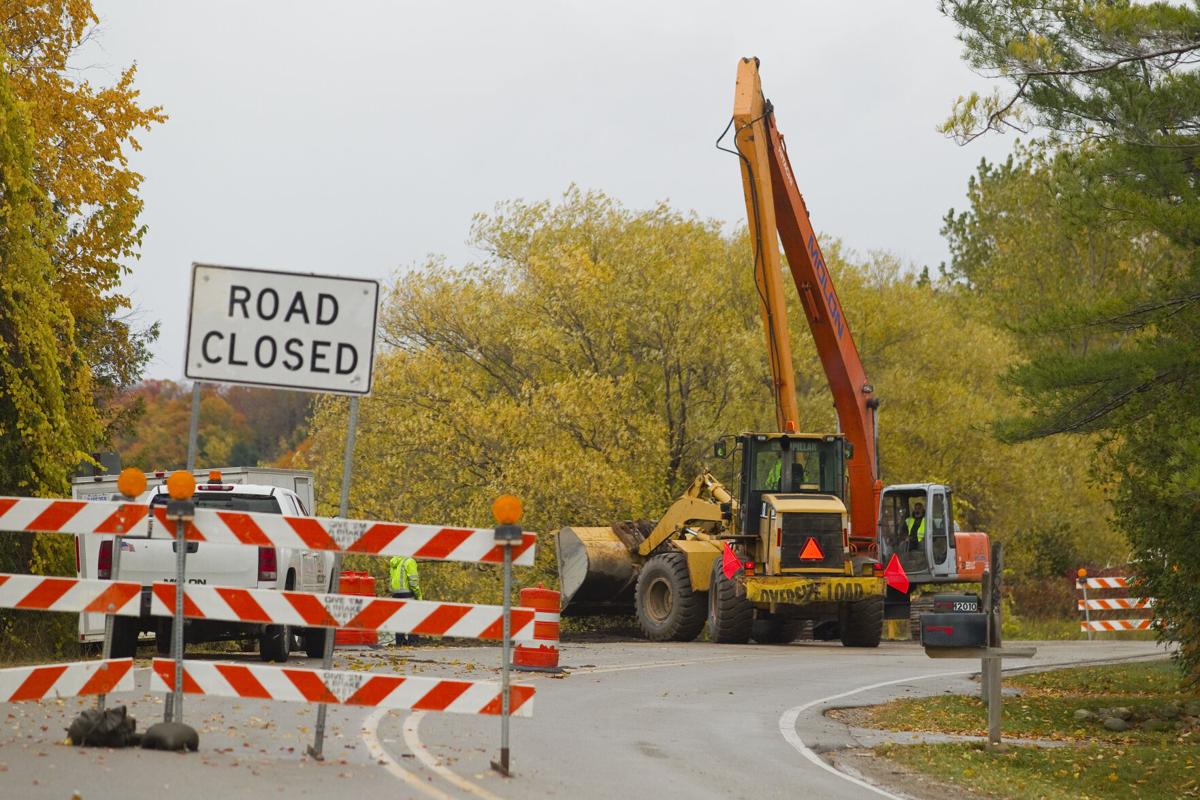 “How should I say it — this is going to be an interesting day,” Brad Kluczynski said Monday.

On Old Mission Peninsula, the edges of two sections of Peninsula Drive —one 215 feet, the other 85-feet — crumbled Friday and “slumped” into West Bay.

A few miles north, a culvert failed on Neahtawanta Road.

In Green Lake Township, a section of Youker Road was washed out. The same thing happened on Davis Road, east of Karlin, in Grant Township.

On Hammond Road, 100 feet of new curb and gutter installed as part of the crush and shape job underway since September, rolled down an embankment when rain started falling before the work fully set up.

“This has just been a crazy year for us,” Kluczynski said. “Even before we got that six inches of rain overnight, we had a new signal box get hit, the Silver Lake culvert that failed and at least a dozen other fixes that are not normally budgeted for.”

Kluczynski said he’d like to be working on the short and medium-term solutions to cross-town traffic congestion identified by the 2017 East-West Transportation Study.

The most high profile of which are construction of roundabouts along Hammond, Keystone and Beitner roads and the signal optimization project, connecting traffic lights so they can “talk” to one another and adjust to commutes, special events and emergencies.

Road commissioners said they would prefer that, too.

“The data we are going to have in the next year is going to be amazing,” Road Commissioner Marc McKellar said. “These signals, the SCOOT system, we are going to be able to use this information for our analysis and re-invent the way the road commission does business.”

Calibrating the technology, designing the roundabouts and completing the pavement preservation project list — which improved about 30 miles of county roads this year — is the gratifying work of overseeing county roads, officials said.

Then there’s the other work: Educating voters about the upcoming road millage renewal vote; responding to an opposition campaign organized in August by Citizens for Accountable Road Spending; considering what to do about Bluff Road — part of which is closed because of erosion — and weighing “fix it now” pleas from residents of outlying, less-traveled areas such as Lake Shore Road outside Fife Lake.

One of the opposition critiques is the extended focus and expense in a new crossing over the Boardman River, the study of which could cost as much as $2.5 million.

Members of CARS oppose the bridge study and say the expenditures helped inspire their opposition campaign.

“The road commission has not swayed from its position of spending on a bridge, we’ve been seeing these high water events more and more frequently for a year now,” said TJ Andrews, a CARS spokesperson.

“To my mind this is something the road commission should have been looking at all along.”

“No matter what decision you make, someone is going to be critical of what you do. You have to consider what’s best for the most number of people, do the work safely and be financially responsible with the funds we have.”

Marek is running unopposed for Green Lake Township treasurer. The two positions cannot be legally held by the same person and Marek said he plans to resign his seat on the Road Commission.

The “thick skin” comment was offered as advice to his as-yet-unknown replacement.

In Grand Traverse County, road commissioners are appointed to staggered terms by the county board. McKellar’s term will be up at the end of the year, and he has applied for a re-appointment.

“My vision is the same now as when I first got on,” McKellar said. “I want a safe motoring public. We’ve worked toward that, and I want to continue that work because there’s a whole lot more to do.”

Road commissioners completed their annual review of Kluczynski at a special meeting Oct. 22, giving him high marks for executing policy, board and employee relations, financial stability and overall leadership, while identifying communication style and millage education as areas that required improvement.

“It’s not a lack of caring or a lack of knowledge but I think the situation in Peninsula Township and Bluff Road was not up to my expectations,” McKellar said, during the review. “It caused some homeowners to get excited and I don’t think they’re being unreasonable.”

Road commissioners agreed to allocate $15,000 to hire a coastal engineer to consult on Bluff Road.

In the meantime, there are funding adjustments to make and emergency road repairs to complete.

On Monday, a crew from Molon Excavating was working with road commission staff on reopening Peninsula Drive.

“It’s a combination of these rain events, our high lake levels and our already saturated ground that has created these issues,” said Mike Walton, who sold his business to Molon, though continues to consult with the company.

“This act of God stuff, where part of the road slumped off into the lake — it’s something you might see in California,” he said.