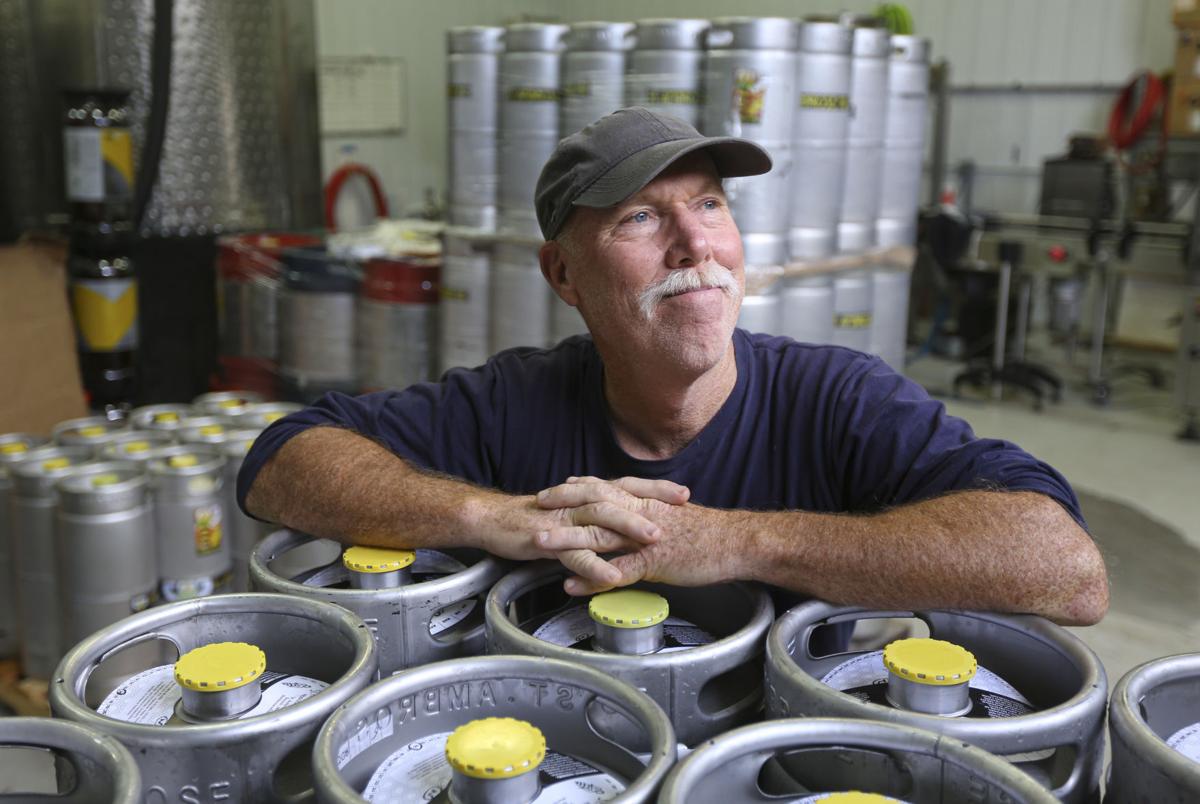 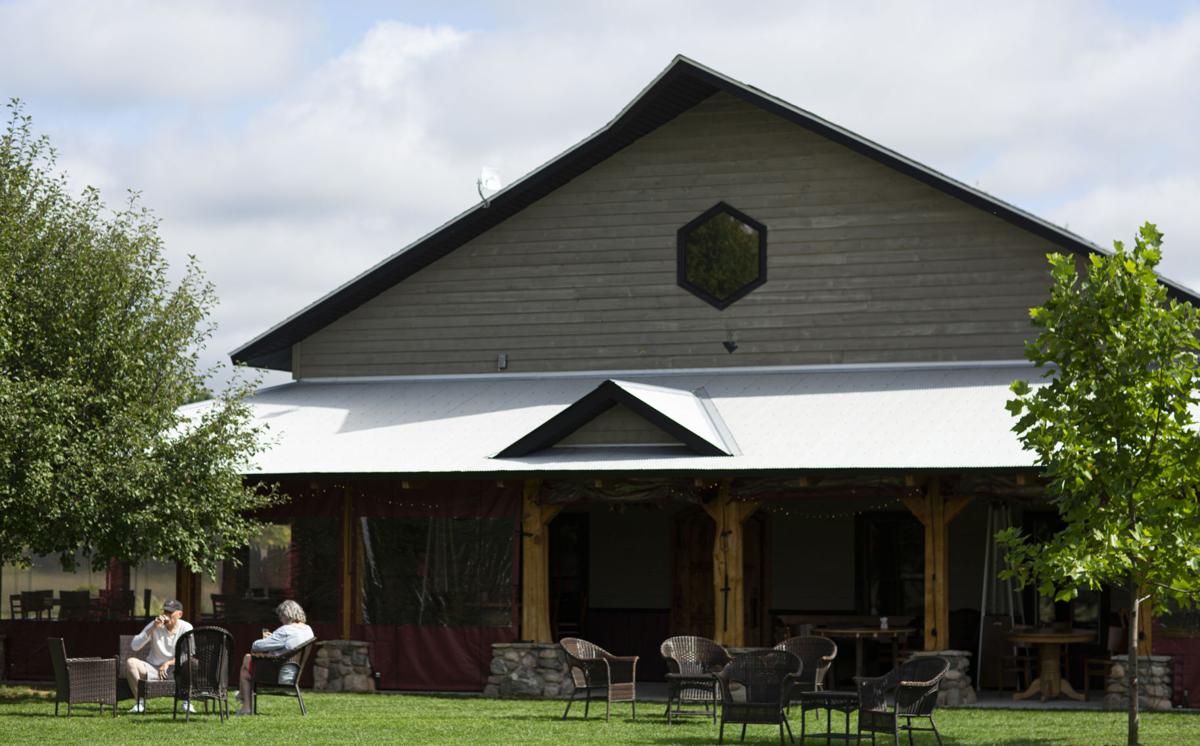 A couple sits and drinks beverages in the garden at St. Ambrose Cellars on Monday in Beulah. 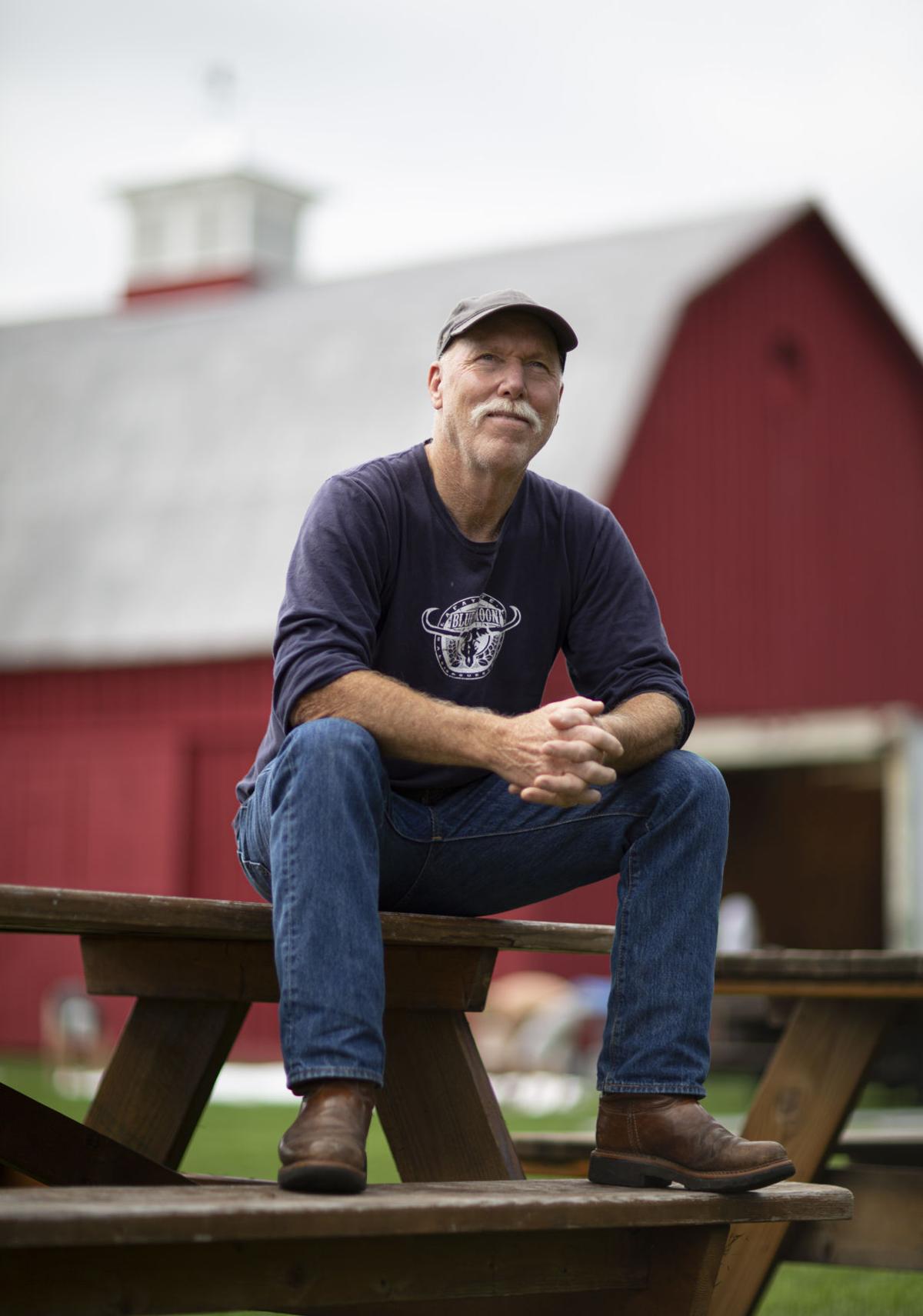 A couple sits and drinks beverages in the garden at St. Ambrose Cellars on Monday in Beulah.

BEULAH — Tension in Homestead Township is rising, as a local winery owner and a township official pursue a longtime disagreement over zoning and noise issues.

“I try to be sensitive, I want to be a good neighbor, but it’s clear that I’ve been targeted,” said Kirk Jones, owner of St. Ambrose Cellars, a winery, micro-brewery, and tasting room on Pioneer Road.

At issue are a noise ordinance and a mass gathering permit which Jones says were adopted to hamper his business. Township Treasurer Karen Mallon says Jones’ business has not been targeted and the rules are applied equally to everyone.

“I have been accused of all kinds of things but I have never brought my personal opinion to the township board,” Mallon said. “That’s not something I would do. I’ve never spoken out against St. Ambrose in my role as treasurer.”

Mallon lives near St. Ambrose Cellars and in 2015, before being appointed to the board, Mallon drafted a letter about excessive noise and loud music coming from the winery, and put copies in neighboring mailboxes.

In January 2018, Homestead Township’s longtime treasurer, Shelley Rosa, died and Mallon was appointed to replace her.

Since then Mallon says she knows she must walk a fine line, but does so fairly.

“I can say with 100 percent certainty that this board has not directed the noise ordinance only to him,” Mallon said. “We’ve had complaints about a crowing rooster, about fireworks, about a barking dog. It’s not just noise from his business.”

On February 13, 2018, Mallon told Benzie County Commissioners St. Ambrose Cellars, “was in a rural area and had several zoning violations,” during public comment, according to meeting minutes.

In late summer 2018, the Benzie County Record-Patriot published a letter signed by Mallon encouraging residents to attend the August 3, 2018 zoning board meeting in part because “St. Ambrose Cellars is seeking approval” on a full-scale bar operation.

Jones has no violations and his license is not for a “full bar,” but allows him to serve only beer and wine. He said public statements like these by a township official are inappropriate.

“We’re a family friendly place, people bring their kids here, they bring their dogs. We’re like a community center. It’s not a place where people get drunk and have fights. That’s what is being portrayed and it’s wrong, it’s odd.”

According to the township’s master plan, agriculture and specialized farming are accepted uses, and enterprises such as bed and breakfasts, riding stables, dude ranches, condos, churches and private campgrounds are allowed with site approval.

Jones purchased the property with his wife, Sharon, in 1979, became a beekeeper and started Sleeping Bear Apiaries, to manufacture and sell honey.

The state liquor control commission granted Jones a winery license in Dec. 2010. In February 2013 he received a commercial land use permit from then- Zoning Administrator R. Williams to build a wine production facility and a tasting room, and began making grape and honey wine.

In October 2014 a second commercial land use permit was granted, for an addition Jones uses for storage. In March 2017, the liquor control commission issued two additional permits: One for an outdoor service area and one to provide entertainment.

Jones says he has acquired the necessary permits and abided by all zoning regulations. But January 29, 2018, current Zoning Administrator Sara Kopriva sent a letter informing Jones a zoning violation was found on his property, and that he was to discontinue events on the property within seven days.

“When I got that letter, it was freak-out time,” Jones said. “You have to understand, when you have a winery, it’s all about events.”

Jones has musical entertainment on Sunday afternoons and weekend nights, but also hosts events such as Yoga on the Lawn, and Cheese Tasting with Tina the Cheese Lady.

He hired attorneys and land use specialists, disputed the violation letter, the Zoning Board of Appeals took no further action, and Jones says he was hopeful his problems were diminishing.

Then on August 24, days after his 24-page mass gathering permit application for his annual “Crush” the grapes party was granted, tension between Jones and Mallon escalated.

“That’s when it snowballed,” Mallon said.

Jones says Mallon “aggressively stalked” the event by stopping her car, getting out, and taking photographs of people entering and leaving. Mallon disputes that.

She says she knew the mass gathering permit did not allow Jones to have overflow parking off of his property, that Jones and a neighbor were marking out an overflow parking area across the street.

That’s what she was photographing, she said, but stopped when the neighbor “harassed and harangued” her and told her to leave.

That neighbor was Mark Walmsley, an artist and former member of the planning board, who lives directly across Pioneer Road from St. Ambrose Cellars.

“When the winery happened, I was just excited to see something going into that barn,” said Walmsley. “What he’s doing is good for the township.

“I feel like Karen is using her position to set her own agenda and not for the betterment of the township. I mean, why can’t she put this much energy into getting a four-way stop at Homestead and Pioneer?”

Another nearby homeowner, Ashley Talliard, said she is not disturbed by noise from St. Ambrose.

“I leave the windows open and I can’t hear a thing,” she said.

When asked if the issue would be resolved anytime soon, neither Jones nor Mallon said they were optimistic.

“It’s a problem if a blind eye is turned to resident complaints,” Mallon said. “Anything that has to do with zoning is not to be taken lightly.”

On Saturday, Jones says the township’s sound ordinance officer wrote him a ticket for violating the noise ordinance. At 10 p.m., a band was playing at a wedding reception inside a barn with the doors closed.

Jones has an ap on his phone – DBXpro — that measures noise level, and he says took decibel reading at the back of his property.

“It was 43. Crickets are 40. Right now I can hear my neighbor cutting the grass and that’s louder than it was here on Saturday night.”

The next meeting of the Township Board is scheduled for Oct. 7, 6 p.m., Homestead Township Hall, 11508 Honor Hwy, Honor.