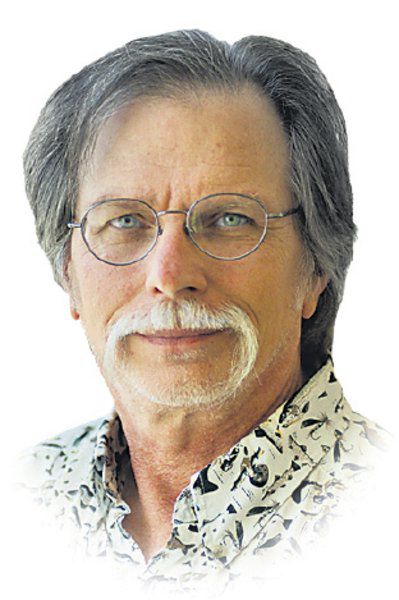 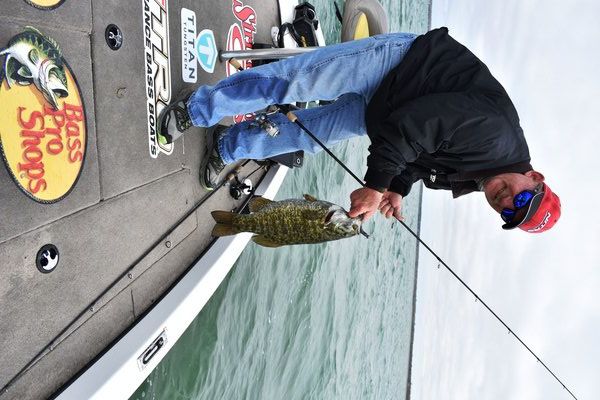 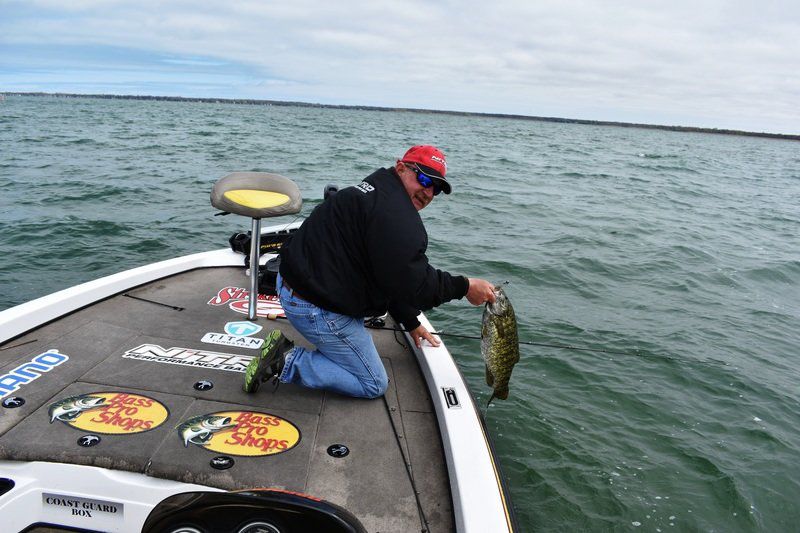 Special to the Record-Eagle/Bob GwizdzBill Horton lips a smallmouth bass taken on a grub. 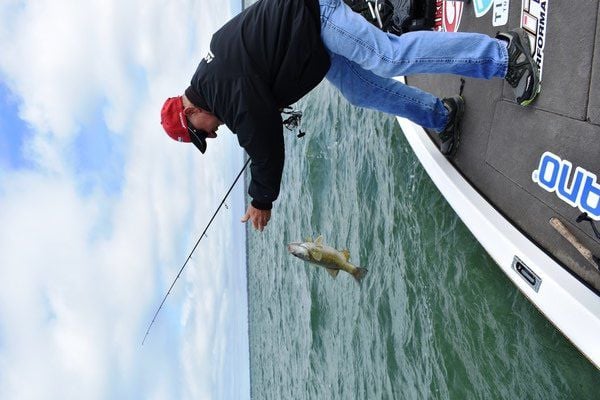 Special to the Record-Eagle/Bob GwizdzBill Horton tosses back a smallmouth.

Special to the Record-Eagle/Bob GwizdzBill Horton lips a smallmouth bass taken on a grub.

Special to the Record-Eagle/Bob GwizdzBill Horton tosses back a smallmouth.

BAYPORT — I could tell by the bend in his pole that Bill Horton had a pretty good fish on and was about to drop my rod and go for the camera when I felt one grab my lure. So we played them out. Horton subdued his first and it proved to be about a 3.5-pounder smallmouth. I guessed mine at about a pound better.

That we were catching them was almost serendipitous as up to that point, almost nothing was happening the way we’d drawn it up in the playbook. Horton had planned for us to run out into Saginaw Bay, beat up on a bunch of smallmouths, then run up into some cuts and canals and do the same to a bunch of largemouths. But the plan was predicated on a weather prediction that couldn’t have been much more off.

See, the weather gurus had predicted sunshine and winds of 5 to 10 mph. We had a low ceiling and it was blowing every bit of 20. So that made Part One of our plan — to go out and fish visible isolated cover for pre-spawn smallies — virtually undoable. The wind had churned up the water so the clarity was minimal and it would have been tough to see even in crystal-clear water as we were bobbing around on 2- to 3-footers like a rubber ducky in an over-exuberant 6-year-old’s bath.

We were fishing with soft plastics on jig heads — curly tail grubs, Senkos and Ned rigs; everything except tubes.

“Everybody and their brother’s throwing tubes,” Horton said. “This time of the year, when the water’s still cold, you’re better off using grubs than tubes. You can use them as a search bait and if the fish are cruising you can catch ‘em — they’ll attack it, because they can’t resist that tail. You can do a lot more different things with a grub than a tube, but the downside is you get hung up.”

We did that on rock piles and in weed patches. Occasionally we’d see a fish cruising and fish to it, but we rarely connected. After a couple of hours we’d managed just five fish.

So we went to Part Two. Sort of. The canals we’d planned to fish were a number of miles away — and neither one of wanted to make the wet, bumpy ride it would take to get there — but Horton knew of a small cut that was quite a bit closer so we motored (slowly) over to it and started fishing. For whatever reason, they weren’t in there very well. We fished in there for more than an hour and caught two, the best about 2.5 pounds.

But that’s when things started going our way. The sun came out — making the isolated cover we wanted to fish much more visible — and the wind quit. (Apparently the weather prognosticator was right, but not until well up in the morning.) We went back out to 4 or 5 feet of water and we started catching them, either on the covers (mostly rocks, but occasionally weeds) or just cruising. There were many, as they should have been spawning soon and were likely looking for appropriate habitat.

Horton caught them better than I did, in part, I suspect, because his eyes are a dozen years younger than mine and he was better able to spot the rock piles and weeds. But by the time we called it, around noon, we’d caught 19 bass, all of them legal size (14 inches) but most of them much better than that. And it was much better fishing than how it had started out.

Still, it was the largemouths that we didn’t catch that have Horton drooling about this season.

“The largemouths have been big this year,” Horton said, “bigger than I’ve seen in I don’t know how long. I’ve seen lots of 4s and 5s and I’ve even seen some that are pushing 6 pounds.”

Horton said his best largemouth so far this spring weighed 5.85 pounds on a hand-held and he’s had bigger on.

“I figure it’s 3 feet deeper than last year — I’m finding 8 feet of water in cuts that used to max out at 5. People who fish Wigwam Bay and places like that are going to be in seventh heaven. By this summer, when they have tournaments, they’re going to have shoot-outs — brown fish or green fish, there’s no telling what’s going to win it. But I’ll bet you by the end of June they’ll be won with largemouths.

Well, it always is.