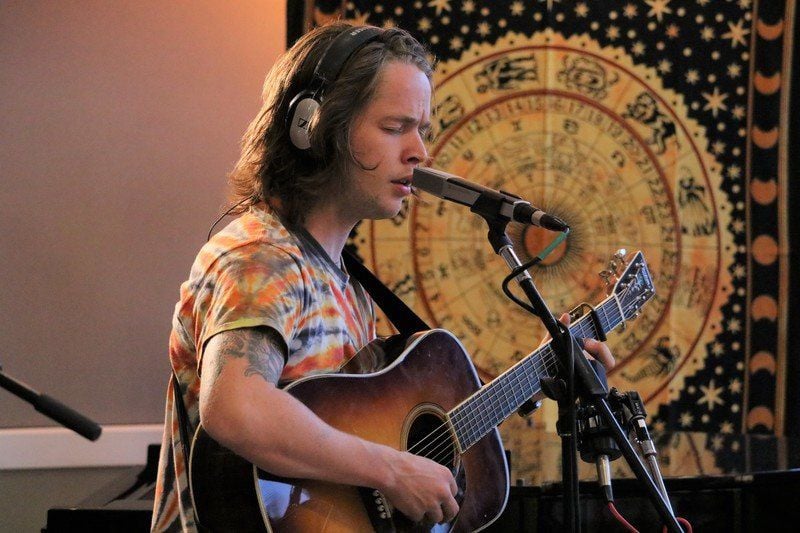 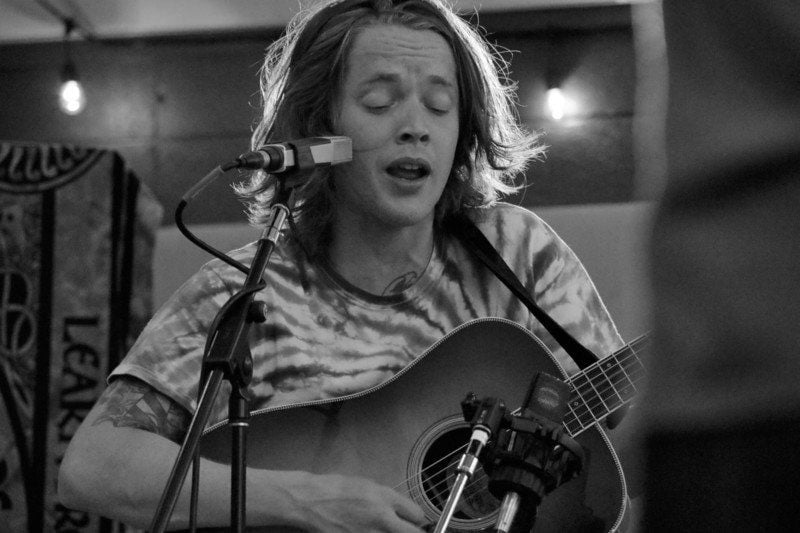 A lot has been written about Michigan-bred bluegrass guitarist Billy Strings, aka William Apostol, especially since his rise to national prominence and all that touring — crissscrossing the country with his eye-popping musicianship and top-drawer bandmates.

But one thing that doesn’t always come across in print and radio interviews is the down-to-earth humility and gratitude that this engaging guitar-picker expresses about his upbringing, his influences and his appreciation for fellow musicians.

Interviewed recently for a video session in the cozy confines of Grand Rapids’ River City Studios, with only about a dozen friends, fans and spectators on hand, the one-time Traverse City bluegrass phenomenon didn’t hesitate for a second when asked which star — of the many he’s jammed with in recent years — he most treasures having shared moments on stage.

“Any time I get to invite my dad up on stage,” he said of his guitar-playing dad, Terry Barber, citing a recent show with the legendary Del McCoury at Nashville’s historic Ryman Auditorium. “He taught me everything I know. He was my inspiration and he’s the only reason I picked the guitar up, so that’s really special.”

Apostol was just as complimentary about his Nashville bandmates — banjo player Billy Failing, bassist Royal Masat and mandolinist Jarrod Walker — who joined him in the Grand Rapids studio a day after the band had spent the weekend performing at the Hoxeyville Music Festival near Wellston.

Being in northern lower Michigan again was special, too, he said, referring to the mid-August festival that he’s played several years in a row.

“It’s special to me because I travel all over the country all the time and I never get to see my family or my Michigan friends,” said the guitarist, who grew up in Ionia and spent several years in Traverse City before moving to Nashville. “All of those people are up at Hoxeyville and all the people from northern Michigan. … Those are the people who shoved me off to sea and encouraged me to keep going.”

Keep going he has, attracting media and fan attention wherever he plays, joining other bluegrass stars on stage and earning accolades for his full-length debut album, “Turmoil and Tinfoil.” It’s clear his star continues to rise: Within just a few days, the video from that Grand Rapids session had been viewed nearly 15,000 times.

Billy Strings has a “massive” fall tour planned that will take his band through the Midwest and Far West, before returning to Michigan for a handful of shows in November: Nov. 21 at the Ramsdell Regional Center for the Arts in Manistee and two straight shows Nov. 23-24 at The Intersection nightclub in Grand Rapids.

“It’s going to be crazy,” he said of his touring schedule. “Wherever you are, we’ll be coming soon enough.”