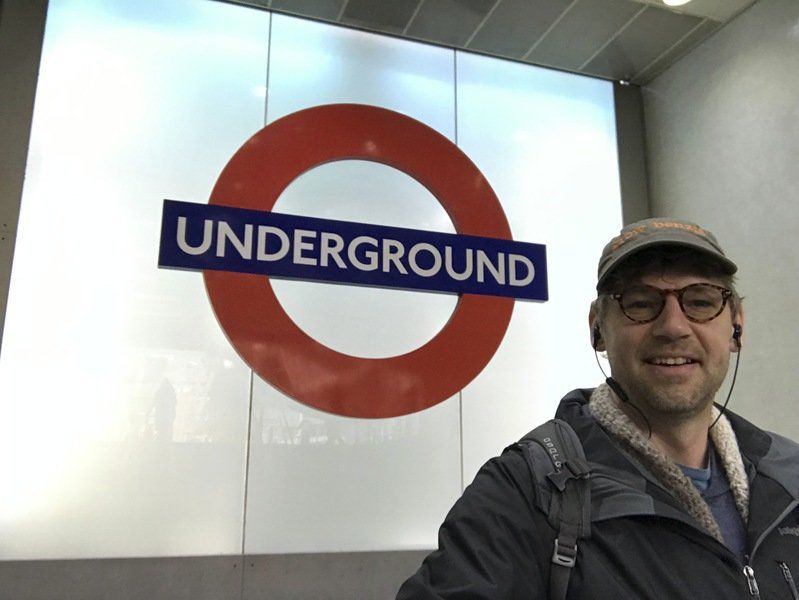 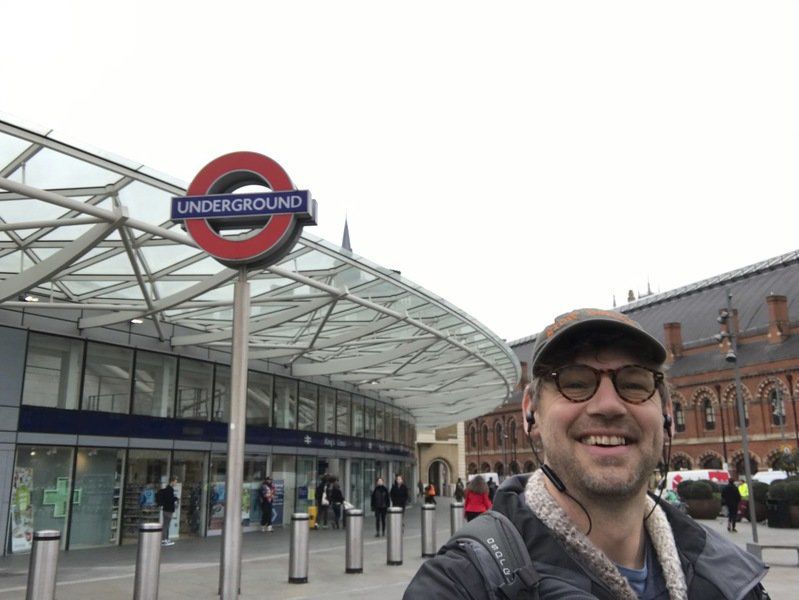 TRAVERSE CITY — As the executive director for Grow Benzie, Josh Stoltz has been a change maker.

Stoltz is in London in advance of attending Basecamp UK, a 'six-month learning journey' that starts Jan. 22 and ends July 30. Stoltz was the first winner of the Rotary Charities' Changemaker Fellowship.

The school brings together people of different backgrounds to help accelerate the shift toward a more sustainable future and focuses on global challenges in a wide variety of areas, including food, apparel and energy.

"All of these experts are coming together to talk about their specific systems," Stoltz said a half-hour before boarding a plane at Gerald R. Ford International Airport in Grand Rapids. "Then we come together and discuss how they parallel. We're working on a team project to analyze systems approaches."

One of the participants was the sustainability manager for the London Olympics in 2012. Stoltz is one of only two Americans at Basecamp 5; the other is from New York City.

"The cohorts are from cities around the globe," he said. "There are folks from Beijing, Buenos Aries, Melbourne, Paris, Berlin, London, New York City and of course, me, coming from Frankfort, Michigan. I'm coming in with a more rural standpoint on systems approach."

"It's really quite an honor to be accepted into this program particularly," said Freya Bradford, director of strategy and learning for Rotary Charities. "The people are from all over the world."

The course begins with four days of school in London Jan. 22-25. Participants then return to their communities for fieldwork in February.

Stoltz will take what he learned on a larger scale and apply it to a smaller one. But that doesn't mean it will be limited to Benzie County.

"(We want to) further advance it and learn about the tools that are making these larger systems successful, these international and superstar systems successful, and see how we can apply that here in northern Michigan," Stoltz said. "We also want to get an outside perspective for the approach that we've had from some of these collaboratives we have in a smaller rural Traverse City, small counties in northern Michigan compared to these giant cities.

"There are parallels to how these other systems work. If they're tight, we can replicate the system on a smaller level just as much as we can on a large level."

Part of the Changemaker Fellowship program is to return to the community to apply larger principles. Bradford said this can be done by attending workshops or bringing in outside speakers to the area.

In that regard, Bradford said Stoltz was a strong selection as the first Changemaker.

"Josh is a fantastic leader in Benzie County," she said. "He's very collaborative and communicative and one of the reasons for the fellowship is for people to come back from their journey, wherever they go, and bring learning back to the community."

Bradford said the Rotary Charities' Changemaker Fellowship is for a maximum of $20,000. Changemakers must be sponsored by a nonprofit organization or governmental unit to apply.

Bradford said Rotary is hoping to make five to 10 awards a year. More information is available at www.traversecityrotary.org/charities/changemaker-fellowship/.

"Fellows can apply any time," she said. "We're looking for our next Changemaker now. The opportunity is how well we can work differently to make change in our community."

During the six-month educational process, Stoltz will be posting video blogs on his and the Rotary Charities Facebook page. Stoltz will also post Instagram updates at #joshingit.

"Frankfort, Michigan is going to be a standout," Bradford said. "They didn't know what they were getting with Josh.

"I think they're going to be glad they picked him."

BEULAH — Sally Jo Messersmith has fostered two sets of siblings, with all five children successfully reunited with their families.