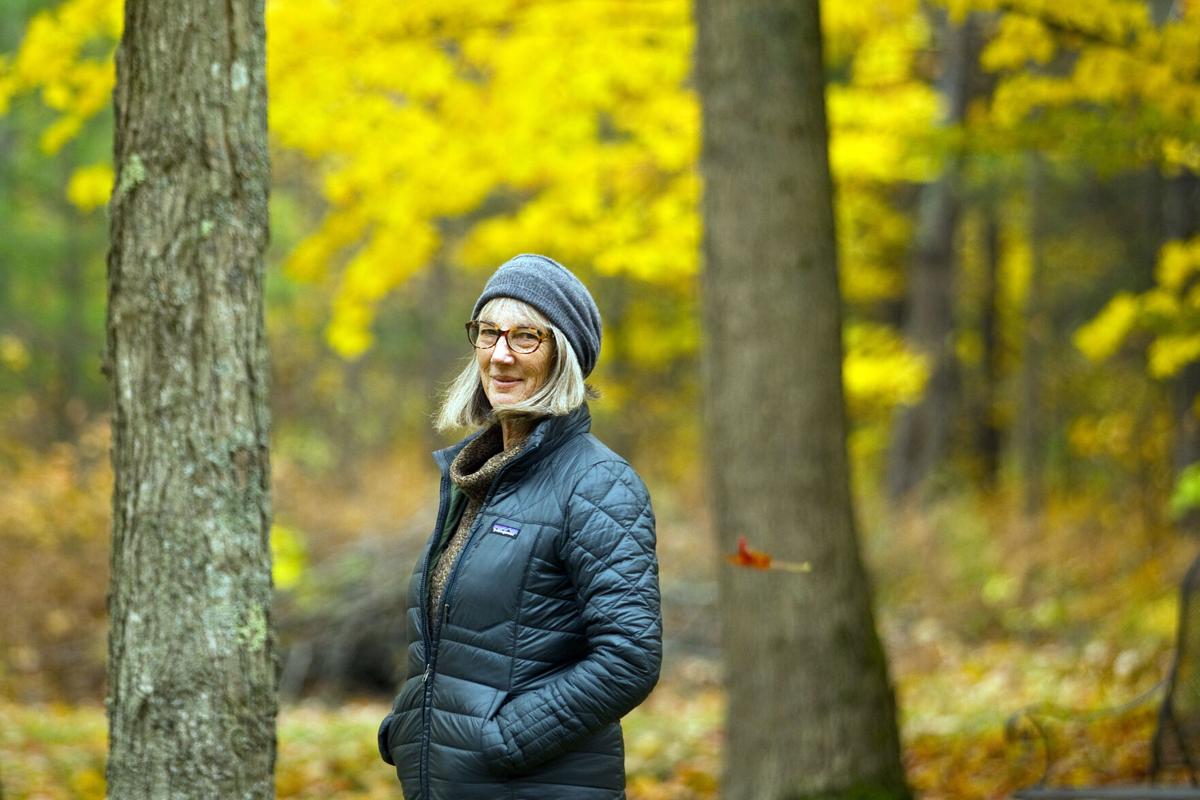 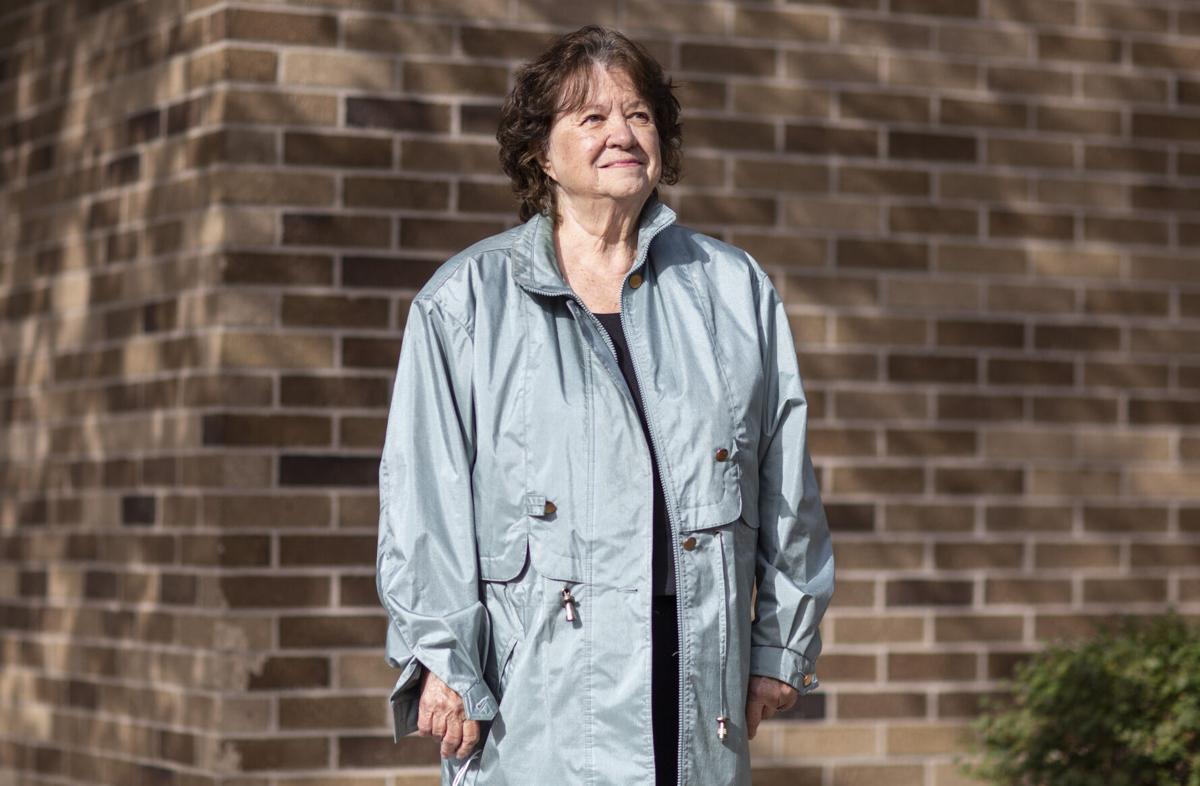 JoAnne Appelhof poses for a portrait in Traverse City on Tuesday.

BEULAH — Voters in Benzie County can more often than not be counted upon to vote in step with the nation in the presidential race, making it an election bellwether county.

Only Valencia County in New Mexico has gotten it exactly right every presidential election since 1952.

Yet as an election bellwether county, political watchers turn to places like Benzie County as a barometer for the likely national outcome.

Here in northern Michigan, Benzie County voters on both sides of the political spectrum said it’s been a rousing election year — for better or worse — as Election Day nears in the race between President Donald Trump and former Vice President Joe Biden.

Dr. Keira Duvernoy is a retired physician who practiced in Traverse City and lives near Lake Ann in Benzie County.

She’s a Democratic Party volunteer who spends time at the county party headquarters helping with an upswell of support for Biden and other Democrats on the ticket.

The Benzie County Democrats have had a 25 percent increase in membership just in the last few months, said Duvernoy, 65, the party’s membership coordinator.

“So it’s pretty thrilling,” she said.

Duvernoy said she believes the reason behind this increased political engagement is Trump himself. People are reacting to him because he’s a bully, she said.

“He himself is so distasteful to a lot of people, that he’s the motivating factor,” Duvernoy said.

She said the most egregious aspect of the Trump administration is how a lack of belief in science permeates decision making.

“This denial of science — whoever thought we’d see that in the United States, where we are forward-thinking and have the best universities — it’s shocking,” the retired doctor said.

Duvernoy said she also finds herself horrified at new threats to both civil and women’s rights under Trump. The Voting Rights Act being “gutted” is “totally antithetical to democracy,” she said.

“I find it ridiculous,” said the retired doctor. “It’s definitely offensive. It’s a breach of privacy that you would try to legislate that.”

In fact, health care access is a key issue for the Benzie County residents Duvernoy said she knows, and the federal government’s lackluster pandemic response is a motivator, too.

But which way does she think the political winds are blowing in Benzie County?

“It’s dangerous to try to predict the future, but I can say people have been coming out of the woodwork to volunteer. We have been so, so busy at the Democratic Party headquarters,” Duvernoy said.

Some longtime Republicans have even come in to request Biden campaign yard signs, she said, and she’s seen some “Republicans for Biden” signs pop up around the county.

JoAnne Appelhof has been a GOP delegate for Benzie County on and off for 30 years, but couldn’t say how Benzie County is trending in this election.

People she’s talked to are leaning Republican, and some are adamant about Trump winning another term. But she’s also heard from friends who won’t put out political signs supporting the president because they’re afraid of being attacked or having their signs stolen — several already have been, she said, and leaders for both the county Republicans and Democrats have called on sign thieves to knock it off.

“I really thought that they were leaning toward Trump, but I don’t know,” Appelhof said. “People are afraid to even discuss politics whatsoever because it’s gotten so violent, and Benzie County has never been that way.”

She’s heard of people getting into fights or shouting matches over politics, and thinks Trump haters are to blame, she said. She can’t understand why people have turned against him.

“I know he speaks his mind and he should keep his mouth shut sometimes, I don’t agree with him the way he talks back to people, but I think he’s accomplished a lot, which is not covered, all the things that he’s accomplished,” she said.

Otherwise, the main concerns are getting through the pandemic and whether people will get back to work, Appelhof said. Some have, just as some schools have returned to classroom teaching, and she thinks restaurants are making do with capacity limits. But businesses everywhere are still struggling and people are trying to make a living.

The first time Appelhof, 83, thought about entering politics was when Richard Nixon was running for president and Florida had a Republican gubernatorial candidate that had a shot, she said. She wanted to support the governor but her husband was wary, and neither Nixon nor the governor worked out.

She stayed away from politics for a time but has been active ever since a friend convinced her to become involved shortly after moving to Benzie County, she said. Appelhof went to the Republican National Convention in 2008 for the nomination of the late Sen. John McCain, R-Arizona — her husband was in the same U.S. Navy squadron and later was on the staff of McCain’s father, a Navy admiral.

“I have never seen an election like this one, I mean no one has, and it’s a shame,” she said. “You should just be able to have a conversation and discuss, you know, just have a normal conversation with somebody no matter what side of the fence they’re on, and that’s what concerns me the most.”

Pulse of the Voters

An ongoing series highlighting local voters' views from across the political spectrum. Want to participate? Contact us at features@record-eagl…