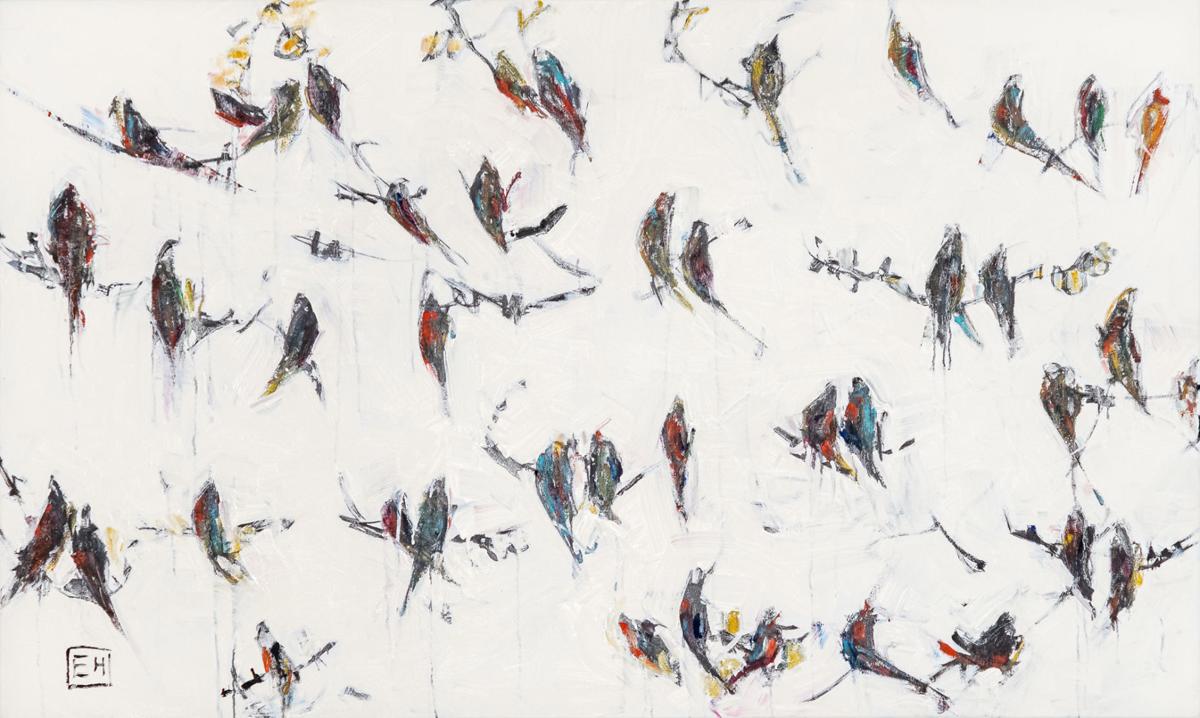 Ellie Harold’s oil painting “Autumnal Meetings” is one of four to display at the American embassy in Bratislava, Slovakia. 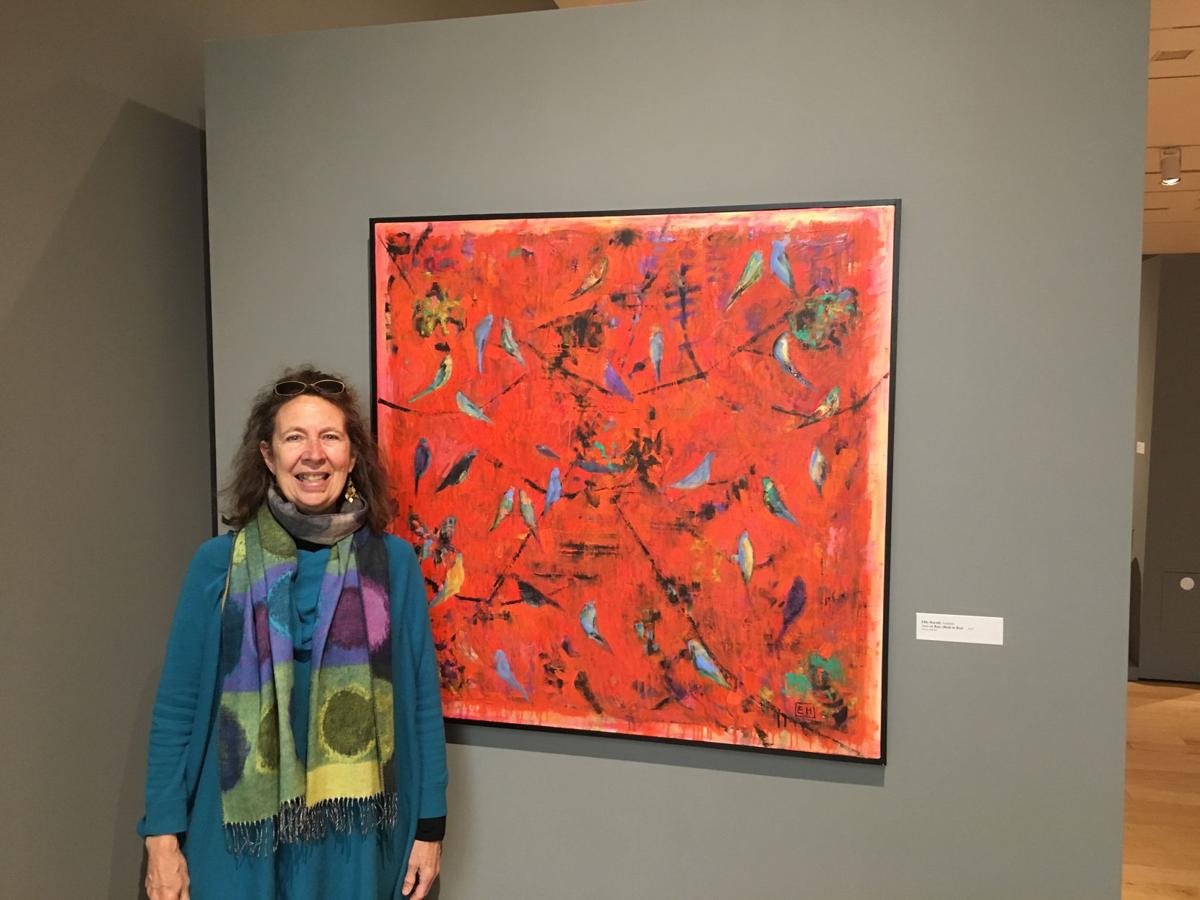 Ellie Harold, of Frankfort, stands next to her painting during the 2019 Northwest Michigan Regional Juried Exhibition at the Dennos Museum.

Ellie Harold’s oil painting “Autumnal Meetings” is one of four to display at the American embassy in Bratislava, Slovakia.

Ellie Harold, of Frankfort, stands next to her painting during the 2019 Northwest Michigan Regional Juried Exhibition at the Dennos Museum.

FRANKFORT — Ellie Harold considers herself a latecomer to the world of art, but that did not stop four of her oil paintings from being selected for display at the American embassy in Bratislava, Slovakia.

A representative from the Art in Embassies program, part of the U.S. state department, contacted Harold, of Frankfort, in the fall of 2019. They asked to show her works “Autumnal Meetings,” “Narrative Arc” and “Liminal Zone” — which are part of Harold’s series “Birds Fly In.”

Harold said she registered with the AIE about five or six years ago, so she was pleasantly surprised to learn her paintings were selected.

She said the avian images are appropriate to travel overseas, especially in a former communist country like Slovakia.

She was influenced by her visits to Mexico and the recent immigration controversy. She added that she hopes her works communicate themes of migration and freedom.

“That body of work will be all over the world, just like birds,” Harold said. “Birds fly free and birds can fly over borders. They are sending a message of open healing. The world needs the uplift these birds can bring.”

Harold also is set to loan her painting “North Woods” to the embassy. She said this is more of an abstract, woodsy landscape featuring northern Michigan.

All four works are expected to be up at the embassy for two or three years. Harold said she and her husband Roo Davison plan to travel to Slovakia in October to view the display.

“It’s an outstanding honor,” Michalowski said. “We’re very proud she is from Frankfort.”

Harold said her work took off when she and her husband moved from Atlanta, Georgia to northern Michigan in 2010.

Since then, she has shown her paintings at her home gallery in Frankfort as well as Synchronicity Gallery and Blu restaurant in Glen Arbor. Internationally, her artwork appeared in Mexico and Puerto Rico, where she worked at one time.