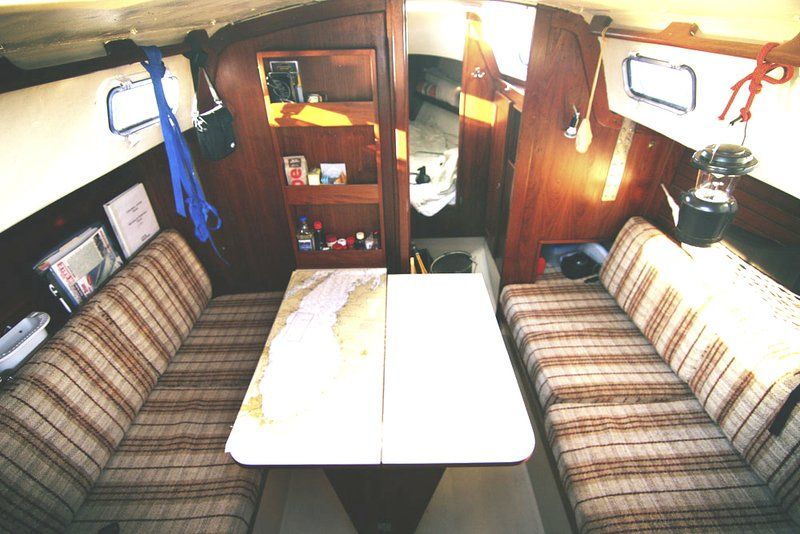 Special to the Record-EagleJessie Zevalkink and Katie Smith lived together in a 27-foot-long sailboat for most of two years while they completed the Great Loop. 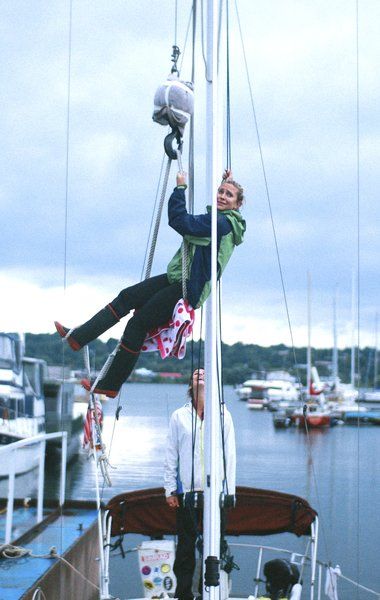 Special to the Record-Eagle Jessie Zevalkink and Katie Smith spent two years sailing the Great Loop, a combination of coastal and inland waterways that makes a 5,000-plus mile circle of the eastern United States.

Special to the Record-EagleKatie Smith and Jessie Zevalkink, both 25, spent the past two years sailing more than 5,000 miles together to complete the Great Loop.

Special to the Record-EagleJessie Zevalkink and Katie Smith lived together in a 27-foot-long sailboat for most of two years while they completed the Great Loop.

Special to the Record-Eagle Jessie Zevalkink and Katie Smith spent two years sailing the Great Loop, a combination of coastal and inland waterways that makes a 5,000-plus mile circle of the eastern United States.

Special to the Record-EagleKatie Smith and Jessie Zevalkink, both 25, spent the past two years sailing more than 5,000 miles together to complete the Great Loop.

TRAVERSE CITY — The last words in Jessie Zevalkink’s blog were supposed to have some direction, some resolution.

But she struggled to explain her feelings at the end of a two-year sailing expedition alongside her best friend, Katie Smith.

She set sail in Sept. 2012 from Leland looking for adventure and hoping to find direction. Zevalkink and Smith, both 25, kept family, friends and droves of followers across the world up to date on their progress and in tune with their adventures throughout the trip through their blog. The pair arrived home to Northport on Labor Day weekend.

The pair spent the past two years sailing from point A to point B, maybe a little zig-zag between, as they chipped away at completing The Great Loop. They are among a small handful of boaters younger than 30 who’ve circumnavigated the 5,000-plus mile loop that runs down rivers from Lake Michigan to the Gulf of Mexico, up the Atlantic Coast and returns to Michigan through the St. Lawrence Seaway.

They motored down the Mississippi River. They traversed Florida on the Intercoastal Waterway. They island-hopped in the Bahamas before pointing north toward home.

“We definitely thought about not coming home,” she said, but neither was willing to abandon their original destination.

Neither of the women had much sailing experience beyond assisting on their fathers’ boats. They tackled dozens of obstacles ranging from storms at sea to breakdowns. Each one a challenge the pair dealt with in stride. Each one a learning experience. Each one together.

Both have always been adventurers, a bit spontaneous, Zevalkink said.

She tried art school, became a licensed commercial helicopter pilot and flew choppers in the Lake Tahoe, Nevada, area. That’s why Zevalkink was game when her dad, Jim, suggested she take some time and sail the loop when her job hit some turbulence after new owners bought the company that employed her.

”He had sailed the Great Loop twice when he was our age,” Jessie said. “I was familiar with the Great Loop because he talked about it when I was growing up. He came to visit Katie and me when we were in Lake Tahoe.”

Jim’s first attempt at the loop started when he was 17, a “kind of a running away from home kind of deal,” he said. He and a friend sold their cars and bought a 23-foot sailboat. They made it to the Bahamas before a disagreement sent them packing home.

He made his second attempt at 23 and that time finished the trip. He never really enjoyed school, much like Jessie, he said.

”It was my college education equivalent,” he said.

The suggestion grew on Jessie and Katie, best friends who met when they were young because their fathers were lifelong friends. They spent some time apart, but always seemed to land in the same city or state, including Lake Tahoe. There was no question who would be on that boat when it shoved off.

“Even though we were joking about it we were secretly thinking about it,” she said. “ We knew if this trip was going to happen it was going to be with each other. One thing led to another. ... We packed up our lives and moved back to Michigan.”

Their dads hunted down a boat, the Louise, that met the size requirements to sail the loop. The 27-foot-long 1979 Cal-2-27 was in rough shape, but the price — $3,500 — was right. The pair spent a few thousand dollars and refurbished the boat before sailing away. They learned enough while fixing up the boat to make repairs at sea.

Some people think a sailing trip would be nothing but rainbows and butterflies, she said. But it was anything but — physically, mentally or mechanically.

Jessie remembers lying awake hoping lightning wouldn’t strike their boat in the Bahamas while a strong storm blew past. The metal pole extending above their sleeping quarters was the tallest thing around and their boat wasn’t grounded. One strike could fry their electronics or blow a hole in the boat’s hull, she said.

”I knew it was not going to be a vacation,” she said. “It was 100 percent the best days and worst days of my life.”

It’s a version of the great American adventure Jim hoped would help his daughter find her path in life. She would need to shove off from solid land, surrender to forces she can’t control and overcome seemingly insurmountable obstacles.

”I knew that she would either a) drown or b) become a more worldly person,” he said. “I had hoped for ‘b,’ which was exactly what happened.”

The confines of a 27-foot floating home would be a challenge for one person alone for two years, let alone two and a dog. Yet the pair managed to find things to talk about and overcome the disagreements that arose.

People willing to lend a hand turned up when they needed help; other times they solved their own problems.

”It was challenging to not have answers to all the questions we might have had,” Jessie said.

<\z183999996185303f”sans-serif”>They came home two years older having weathered plenty of choppy seas along the way. Jessie now tends bar in Traverse City while she tries to figure out her next adventure. Smith is helping her dad at his business in Grand Haven, her childhood home.

<\z183999996185303f”sans-serif”>The trip didn’t end with a perfectly plotted course ahead, but the pair gained invaluable life experience — some Jessie is considering writing into a book and others the pair will address in upcoming speaking engagements.

<\z183999996185303f”sans-serif”>”I didn’t write in my journal for five days because I was having a hard time understanding what I was actually feeling, I was drawing blanks,” Jessie wrote in the post she completed as the year turned. “It’s been nearly four months and I am still unsure If I can find the right words, hence my reluctancy to write this post.”

<\z183999996185303f”sans-serif”>They will talk to the Glen Arbor Women’s Club at 7 p.m. on Jan. 13 at the Glen Arbor Township hall, 6394 W. Western Ave., Glen Arbor, and again at the Chicago Boat show Jan. 16 and 17. Email glenarborwomensclub@gmail.com for more information or to reserve a seat at Tuesday’s talk. Check out their blog at katieandjessieonaboat.com.