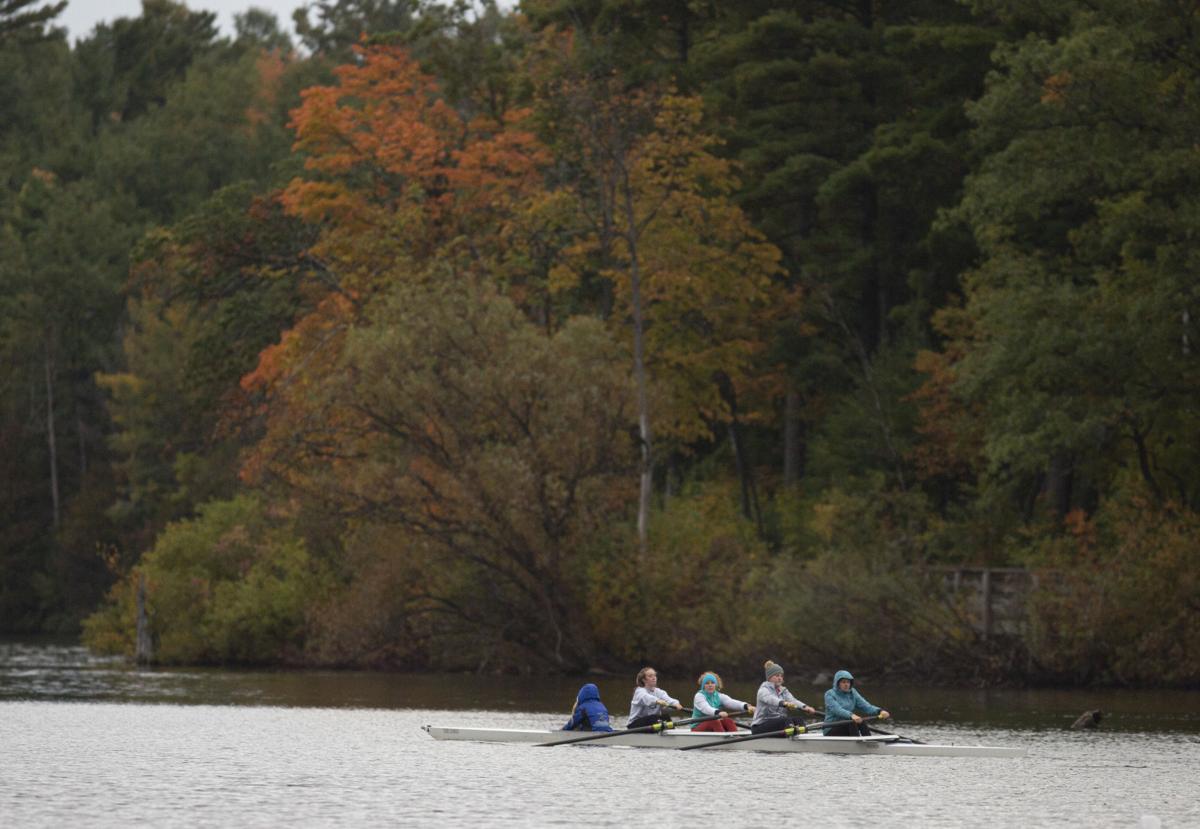 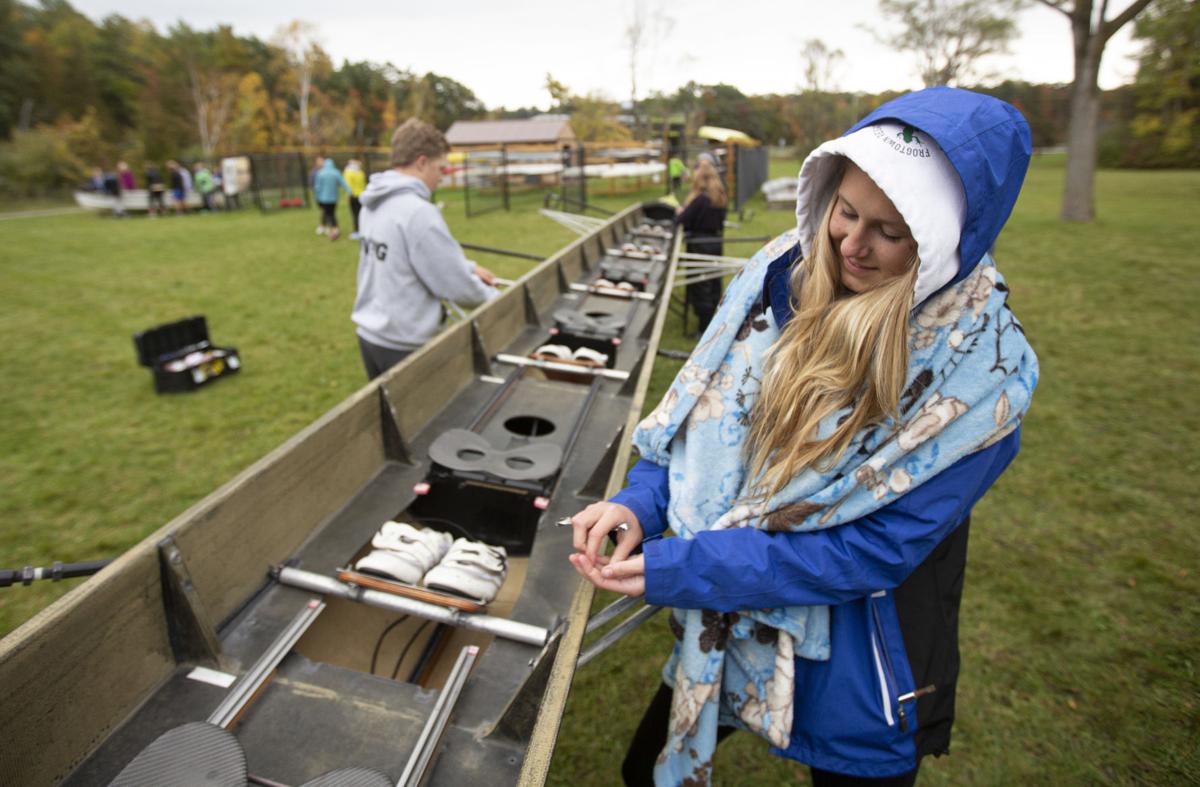 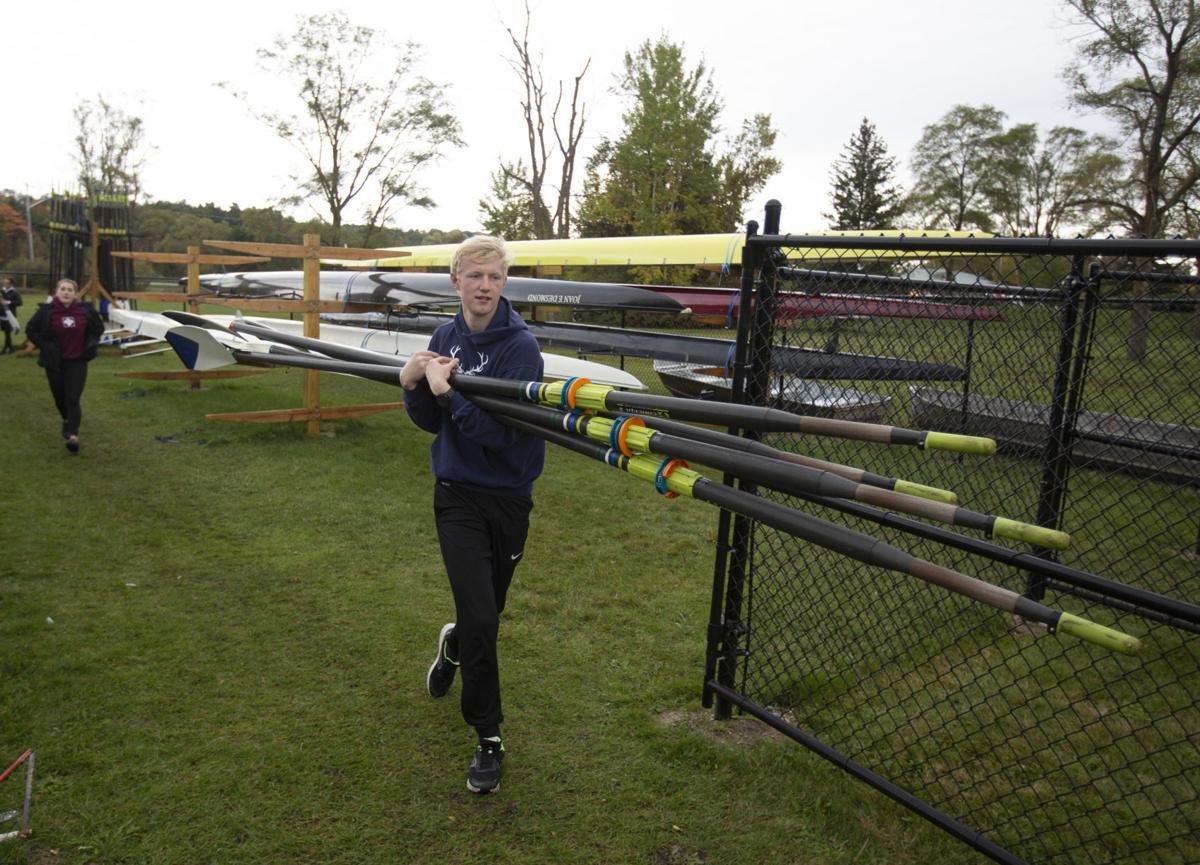 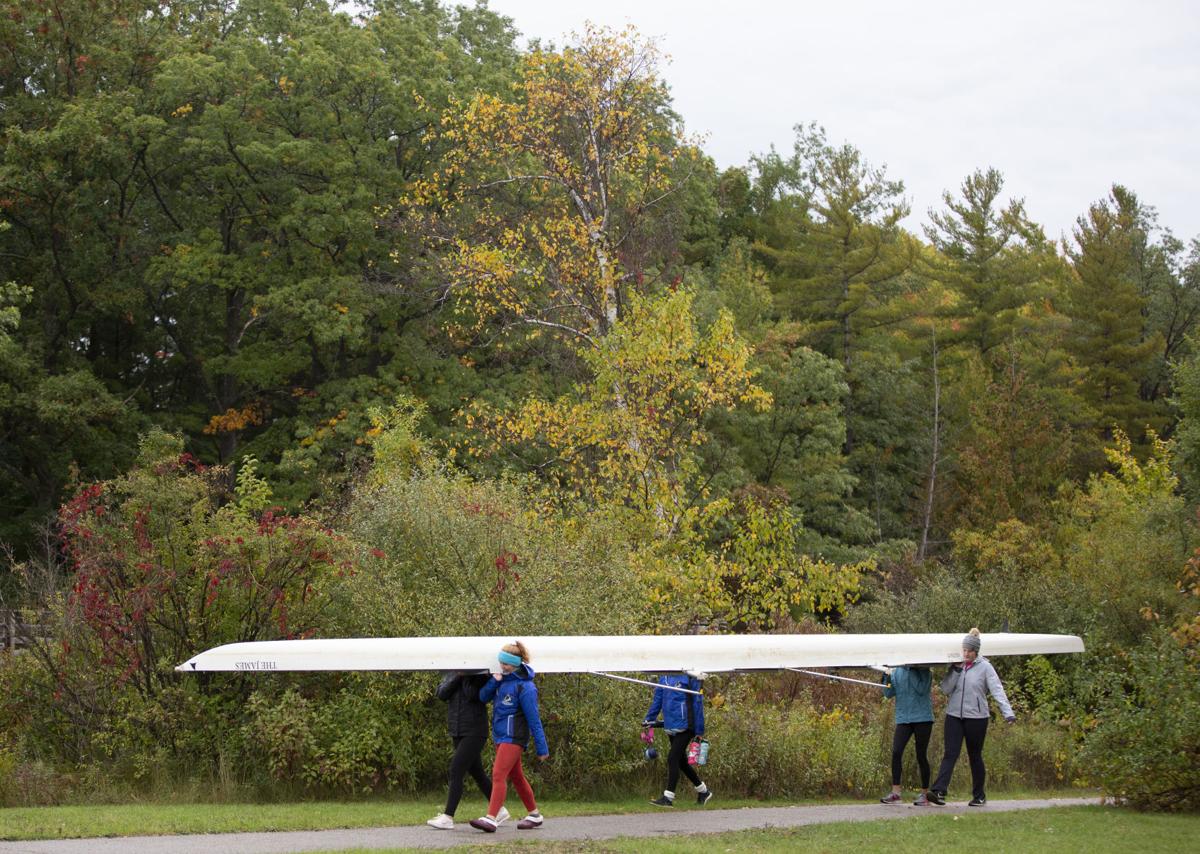 Members of the Traverse City Tritons Rowing team carry a boat to the water during a practice at Medalie Park in Traverse City on Tuesday.

Members of the Traverse City Tritons Rowing team carry a boat to the water during a practice at Medalie Park in Traverse City on Tuesday.

TRAVERSE CITY — Tell 51 teenagers to work together and it’s easy to assume someone’s not going to get along.

But that’s not the case with Traverse City Triton’s Rowing, said Carolynn Garner, 17, and Samantha Thoma, 16, two of the team’s leadership captains.

“This team has an incredible sense of community and friendship,” Garner said. “We have team bondings like every single weekend that we don’t have any (events). … As a team, we all get along. We’re all one big family.”

The Tritons is a co-op program offering competitive rowing for high school students and recreational rowing for middle schoolers in the Grand Traverse area, according to the organization’s website.

The high school team started as 17 members in 2017, head coach Chris Bott said. There’s 51 teens on the team this year, he said.

Rowing is a sport that demands teamwork in a way other sports can’t match, Bott said.

“In the sport, you need to get eight people rowing at essentially one-tenth of a second of each other with the same perfect time and power or the boat’s not going to feel good,” he said.

The difference in the amount of dependence on teamwork rowing requires compared to other sports is noticeable, Garner and Thoma said.

“I just like how calm and peaceful it can be mixed with how high-stakes and adrenaline-rushy it gets,” Thoma said when asked what she enjoys about rowing.

“There’s a really nice contrast where like some days it’ll be super calm out on the water and everybody has a super calm practice and then you get to the race and it’s like all the way up to 11 crazy adrenaline rush,” she said.

The more effortless it looks, the better the crew is, the faster the boat is going and the harder the rowers are working, Bott said. Rowing is a physically and mentally demanding sport using almost every major muscle group — plus a lot of cardio — in a short period of time, he said.

An eight-minute race puts rowers’ bodies through roughly the same amount of work that someone would get playing two full basketball games back-to-back with no timeouts or other breaks, Bott said.

The Tritons have competed in two regattas — which typically have about 22 events — this season, Bott said. Both were in Ann Arbor, he said.

“The two teams that beat us are teams that consistently medal in the Midwest Regional Championship in the spring each year,” Bott said. “To come in close behind them means we’re really starting to pick up some speed.”

The Tritons teamwork will be put to the test Sunday in the “Head of the North” regatta where they’ll face-off against five other teams in 20 events, he said.

“Head of the North” is the first regatta the Tritons have hosted, Bott said.

Thoma said she’s looking forward to her friends being able to see her race. Friends have said they’d love to come, but all the races are like four hours away, she said.

“I’m looking forward to my friends all being able to see me out there because they know I do it and I talk about it a lot,” Thoma said. “It’ll be cool for them to get a sense of what I’m actually out there doing.”

What: "Head of the North" regatta

Who: Open to the public