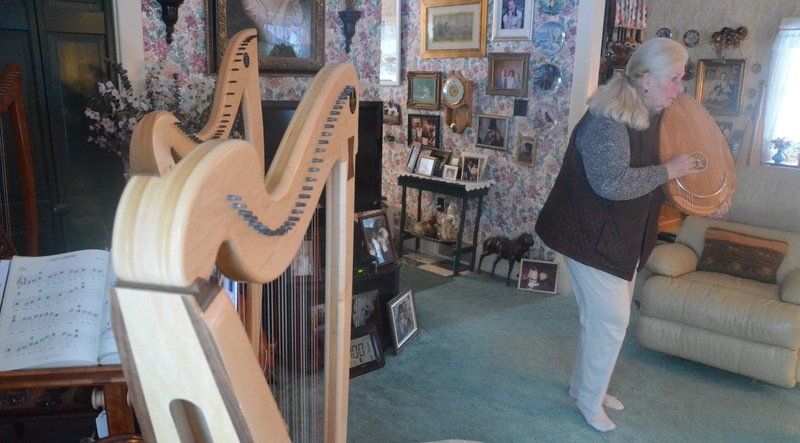 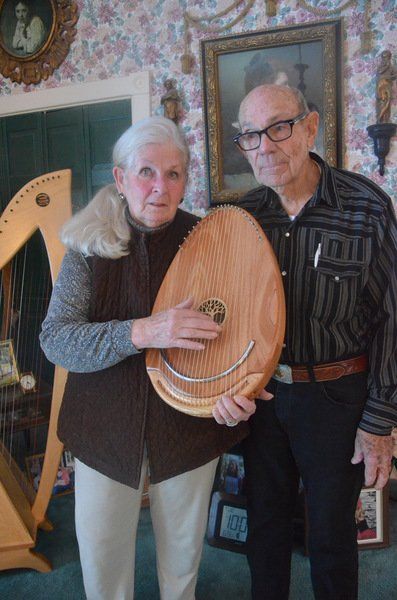 Record-Eagle/Allison BatdorffHarps entered Marilyn and Jerry Wares’ lives about a dozen years ago and the couple has since turned the instrument into a multifaceted pursuit. 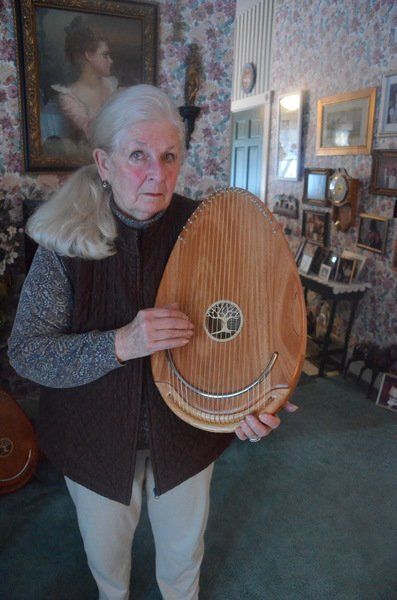 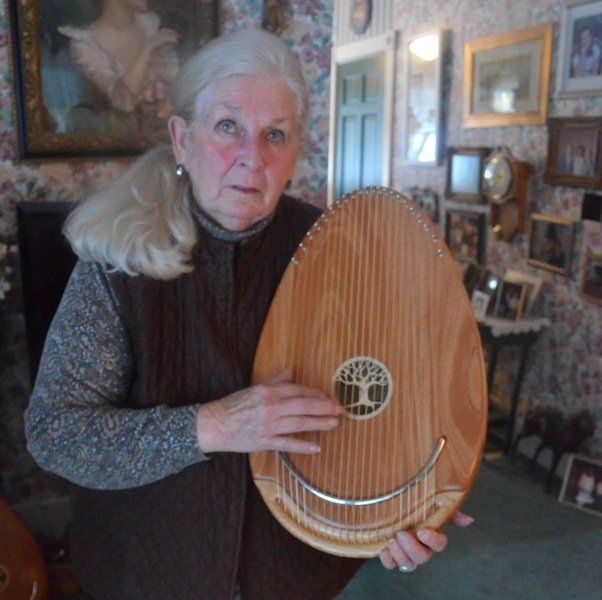 Record-Eagle/Allison BatdorffHarps entered Marilyn and Jerry Wares’ lives about a dozen years ago and the couple has since turned the instrument into a multifaceted pursuit.

TRAVERSE CITY — It’s still dark when Marilyn Wares sits at her harp in her living room window for her daily serenade.

“I play to my son everyday,” Marilyn, 79, said of Jason Wares, who died at 35 more than a decade ago. A daily dose of music and meditation brings him back into the room with her, she said.

“He wasn’t just a son; he was a best friend and (through the music) I feel like he’s still with me.”

The soothing serenade is also her husband of 50 years’ alarm clock. Jerry Wares drinks his morning coffee, savoring the sound.

The Wares happened upon the harp by accident. He — a retired business owner and real estate developer — and she — a former stewardess — had no idea it would strike an enduring chord when Marilyn picked one up on a whim after signing up for a six-week class for breast cancer survivors. Her cancer scare and consequent mastectomy happened on the heels of her son’s death, and Marilyn was searching for a way through the trauma and grief, she said.

“I needed something to help me heal,” Marilyn said.

The harp deeply resonated with Marilyn and she set to it — learning by modal method with a group of women she now calls her “harp sisters” and practicing an hour or more at home everyday. The method doesn’t require music literacy.

“You just allow the strings to sing to you,” Marilyn said.

There was one problem — the song wasn’t as sweet as the harp’s shiny finish seemed to promise.

“Frankly, it sounded crappy,” Jerry said. So the lifelong woodworker consulted the Internet and fashioned something better.

The resulting harp struck something deep in Jerry, too. Making harps, with their connection to heaven and healing, helped him as well, so he made a few more.

“I have no musical ability,” Jerry said. “I just like making something outstanding.”

Soon requests poured in — for Jerry to make harps and for Marilyn to play them. They launched a hobby business, Gabrielle Harps, at an age when many shift focus to golf and what’s on television.

“We were retired,” Marilyn said. “We had a pretty full life. We just like being around people.”

These days Marilyn teaches classes and does demonstrations on Jerry’s harps. She quilts custom carry bags for the ones he sells. His harps vary from the heavy duty, 6-foot-tall, 37-pound Ashley Harp ($2,995) to the tranquility harp ($450), a lightweight instrument that non-musicians can play in a prone position, like on a hospital bed.

The harps reinvigorated the couple’s sense of purpose and reinforced their ties to the world outside their somewhat isolated Old Mission Peninsula home, Marilyn said. They now pluck people’s heart strings nationwide, as harp music lifts people out of the daily grind and puts them onto the expressway to the spirit, they said.

“People tell me that their fingers can strum from a semi-comatose state, and that the music can bring them back,” Jerry said. He keeps a letter close that tells the story of a harp he built and donated to a musician. The instrument elevated an impoverished woman’s desperate cancer fight and squalid surroundings, uniting her with the musician in a way she hadn’t previously thought possible.

“The children stopped screaming and running around and listened to me describe you; they gently touched the harp as I started to play, all of the sudden there was a stillness to this world I had entered ... I played for 15 minutes and saw a tear run down a tired, scared face,” the letter said. “Your harp has taught me that even though this woman and I come from two different worlds we are the same in many ways ... we love ... we hope ... and dream.”

The harp exalts, too. It relaxes people as background music or way up close as Marilyn exhorts harp newbies to press their faces against the harp itself, feeling the vibration.

“It’s something wonderful,” Marilyn said. On a spring day the Wares’ wrap-around porch may be filled with harpists, the garden blooming with iris and the enjoyment of life all around.

Marilyn Wares will introduce the tranquility lap harp in a free class held at 3 p.m. Jan. 18 in downtown Traverse City. Class size is limited and registration is required. Call Wares at 231-223-4895 for more information.