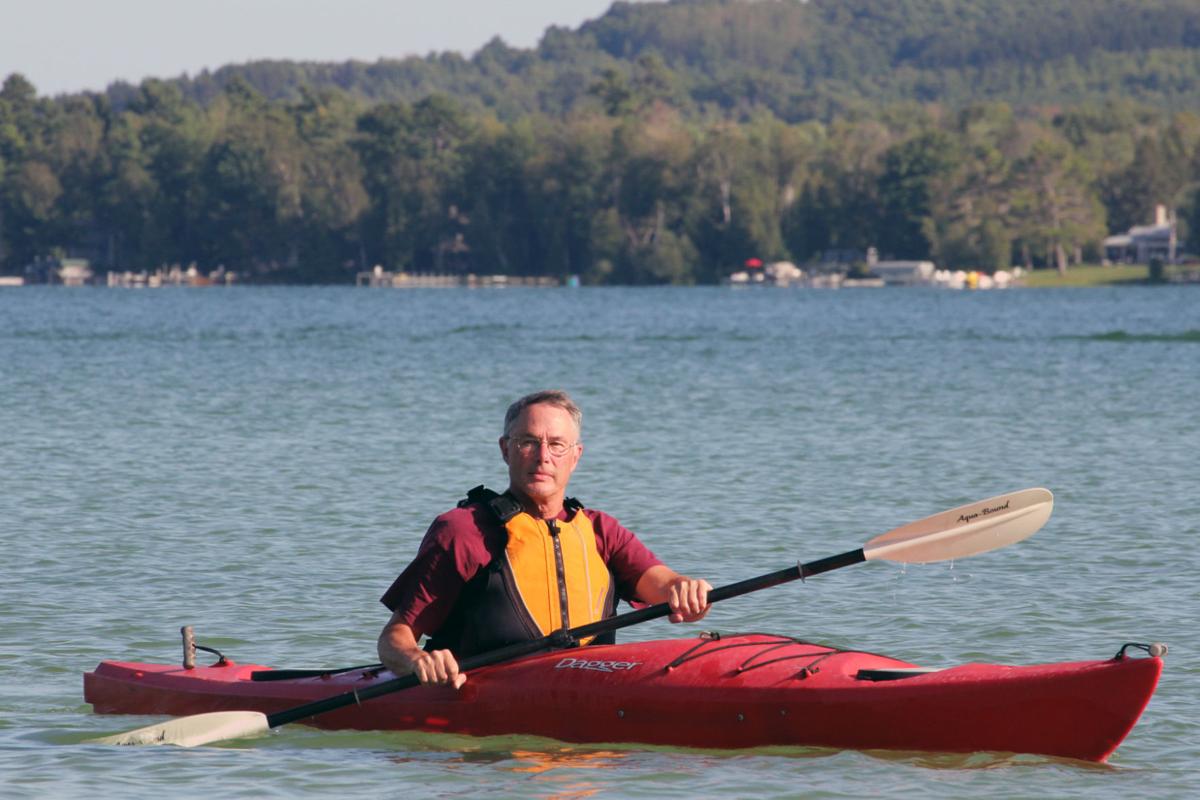 Jim Wysor is observing merganser populations and collecting fecal samples once a week on north Lake Leelanau this summer. Wysor also does a comprehensive bird survey around the north lake every two to three weeks, or more often in the spring and fall when there are migratory visitors. 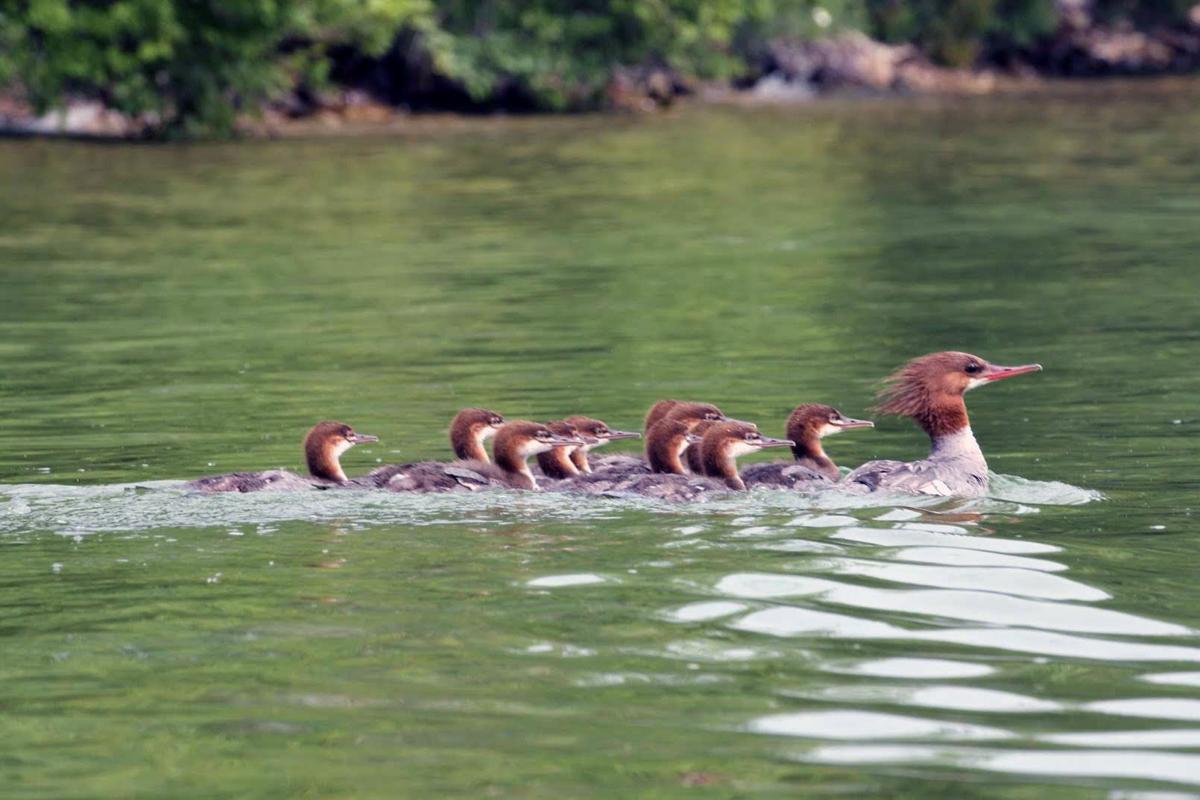 Jim Wysor is observing merganser populations and collecting fecal samples once a week on north Lake Leelanau this summer. Wysor also does a comprehensive bird survey around the north lake every two to three weeks, or more often in the spring and fall when there are migratory visitors.

LELAND — Jim Wysor might be as familiar with the nooks and crannies of north Lake Leelanau as anyone living.

This spring through fall, Wysor will log hundreds of miles on his kayak as a volunteer with the Lake Leelanau Lake Association.

Part of his weekly job: to find and count mergansers, a carrier of the parasite that causes swimmer’s itch, and to collect their droppings for lab analysis. He also conducts comprehensive bird surveys every two to three weeks — more during migratory bird visits.

“He’s the only guy that does that by kayak, so he gets close to the shore and he doesn’t miss anything,” said Brian Price, the lake association’s biologist. “I don’t know how he does this in a kayak, but you have to take careful notes … and you have to do it all in one run or the birds are going to move and you’ll be counting them twice.”

The work is part of a lake association and Michigan Swimmer’s Itch Partnership to address swimmer’s itch in area lakes. The swimmer’s itch cycle begins with a mature parasite, a type of flatworm, that is carried by mergansers and other birds and mammals like the raccoon. The worms produce eggs which drop into the water through fecal material. The eggs hatch in the water and the resulting early larva finds its way into snails. The snails then release the matured larva back into the water and the larva tries to burrow into unsuspecting swimmers’ skin.

“It’s itchy but it’s not serious,” said Wysor, a former family physician in Ohio who retired to northern Michigan this year. “It’s a nuisance, but it scares people if your lake reports swimmer’s itch.”

He said the north end of the lake currently boasts four broods of mergansers, each with about 10 chicks.

Wysor, 64, said his volunteer work is a happy confluence of personal interests, from photography and recreation to environmental advocacy. He said he prefers his kayak to a motorboat for making his rounds, though it’s a five-hour, 15-mile trip around the perimeter of north Lake Leelanau to perform the bird surveys.

“There’s a certain solitude in being out there in nature,” he said. “I’ve spent my life dealing with people and trying to help with problems. I liked that and hopefully I helped. But it’s relaxing not listening to anyone’s problems, just going out on the lake looking for birds, looking for photos.”

Wysor and his wife, Kit, have been coming to Leelanau County for 40 years, first to her family’s cottage on north Lake Leelanau, then to their own house in Leland starting 15 years ago — when they first bought and learned to use kayaks.

Five years ago they bought another Leland home — this time on north Lake Leelanau — where they moved permanently in January and joined the lake association to help preserve the quality of the lake water.

“You start to pay more attention to the environment and the quality of your water,” said Wysor, who also draws weekly water samples from two Lake Leelanau docks for lab analysis of the worm larva. ”And we became more of advocates.”

“It’s really important for us to have people who are trained observers and will volunteer to do things on a given schedule. Every Tuesday morning between 9 and 10 is when … they go out and get water samples. It’s integral to our understanding of what causes swimmer’s itch and how many of these itch-causing worms are in the water,” as well as what role variables like water temperature and quality play, Price said.

“Jim is an all-star. Hes a medical doctor by training so he gets the medical part, and he’s a careful observer. He’s a real find for us.”

Together with wife, Kit, Wysor also collects, sorts and counts trash weekly on Good Harbor Beach as part of the Friends of Sleeping Bear’s Adopt a Beach program. Yet another retirement occupation is working on an avian botulism project on the same stretch of beach.

“This has been perfect in terms of combining various interests,” he said of his volunteer work. “It’s not full time so I have time to do other things, like spend time with the children and grandchildren.”