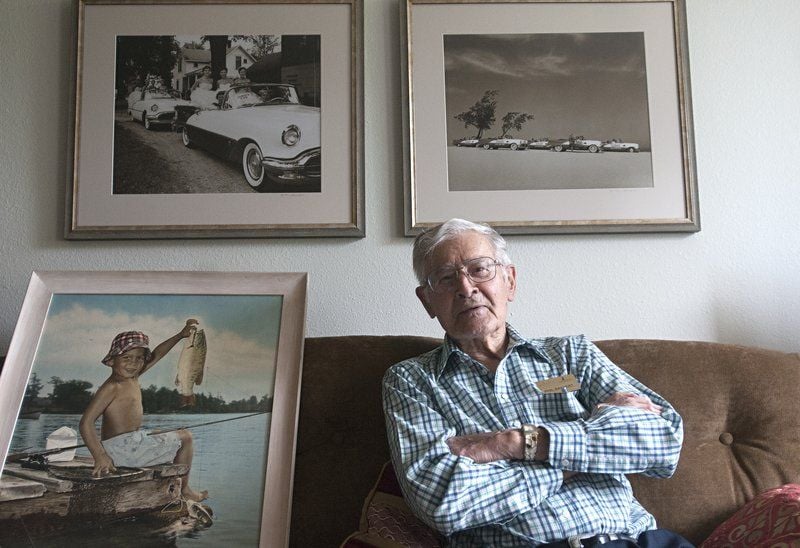 Phil Bayleat turns 100 later this month and continues to shoot photos of life happening in the world around him. 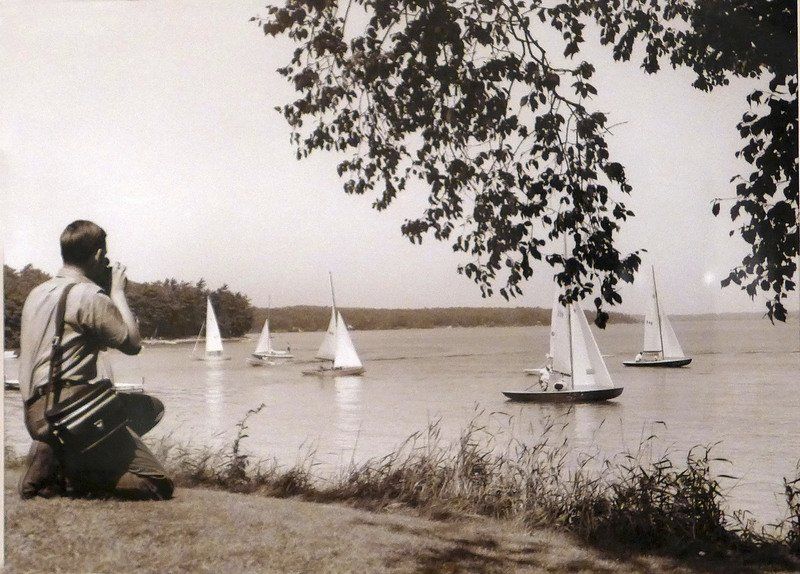 A young Allan Royce shoots sailboats at a northern Michigan lake in this copy of a photo by Phil Balyeat that hangs at the Park Place Hotel. Royce was one of several area young people the Traverse City photographer and Camera Shop founder mentored during his long career. Royce went on to become an illustrations editor at National Geographic magazine. 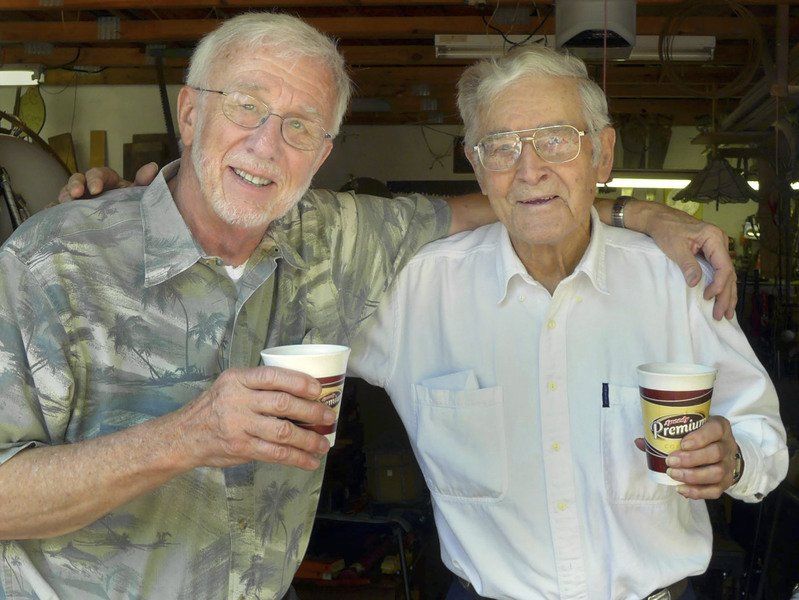 Phil Bayleat turns 100 later this month and continues to shoot photos of life happening in the world around him.

A young Allan Royce shoots sailboats at a northern Michigan lake in this copy of a photo by Phil Balyeat that hangs at the Park Place Hotel. Royce was one of several area young people the Traverse City photographer and Camera Shop founder mentored during his long career. Royce went on to become an illustrations editor at National Geographic magazine.

Yet the area’s flourishing tourism industry owes much to the freelance photographer who, from the 1940s to the 1960s, captured images of the then little-known region and spread them on everything from picture postcards to newspaper pages to hotel and restaurant walls.

“I never thought of myself as something special,” said Balyeat, who turns 100 on Monday and still shoots pictures nearly every day. “I just had a lot of fun. I was always happy when I had a camera in my pocket.”

Black-and-white photos of beach-bathing beauties and “dunesmobiles,” cherry farms and cherry queens all carry Balyeat’s unmistakable stamp. But some of his favorite images include the blue-and-white view from Empire Bluffs, a fiery red sunset over Bower’s Harbor, and a silver-and-red fireworks display reflected in West Grand Traverse Bay.

Balyeat first came to northern Michigan in 1938 for a summer job teaching swimming and lifesaving at Clinch Park. He was a track star at the University of Michigan and a former football player for Michigan State University.

He met a special girl his first day on the job and, after graduating, returned to Traverse City to teach school, coach track and marry that girl, named Onalee.

“Then the war came along,” said Balyeat, who spent the next four years teaching pilots lifesaving — including how to escape from a plane and swim in burning water — and hanging around base photo labs everywhere he was stationed.

He came back to northern Michigan after the war and switched his career from stressful coaching to soothing photography, a hobby he’d loved since childhood. He had a studio in an Omena boathouse before he and Onalee started the Camera Shop in downtown Traverse City in 1950. That’s where passersby could see proofs of his photographs and order prints to take home.

“My grandfather kindled my interest in photography but I have to say Phil Balyeat torched it up a good notch,” said Royce, of McLean, Virginia. “He hired me at a young age for after work and weekends, working the counter and doing photo finishing. But the real experience, that I can’t thank him enough for, is that we’d go out with our 4-by-5-inch Speed Graphics press cameras and sheet film and photograph sailboat races and sand dunes and everything under the sun. That was the cat’s meow as far as I was concerned.”

Martineau never worked at the shop but was exposed to Balyeat’s photography at a young age. He said even when shooting in the Oval Office his mentor’s influence still showed in everything from his timing to his composition.

“I hung around the shop and absorbed photo things like a sponge. Back in those days, Front Street was Traverse City so that was a place for me to hang out and explore the situation,” said Martineau, of Washington, D.C. “They had a darkroom in the basement and printed in black-and-white. Phil was a craftsman. His work shows that.”

Now Balyeat’s work is enjoying a resurgence. Recently he placed 10 large pieces in the Park Place Hotel and had others published in the new book “Vintage Views along Scenic M-22 including Sleeping Bear Dunes” by M. Christine Byron and Thomas R. Wilson.

His postcards also will be featured in the Traverse City Antique Postcard & Rare Paper Show on Aug.16 at the Hagerty Center.

Balyeat eventually went on to careers in antiques and real estate but photography remained his first love. His specialties included everything from weddings to sports, but scenic photography still is his favorite.

“I’m happiest with my postcard photos,” said the photographer, who recalls delivering boxes of them to the general store on Old Mission Peninsula in his Chris-Craft boat. “I always felt that when I distributed a couple million of my postcards, that brought more interest to Traverse City and the area than anything I’ve ever done.”

Balyeat still treasures the old cameras, but recently made the transition to digital photography.

“I didn’t think I’d ever care to own a digital camera but now I own six of them,” he said, pulling one out of his pocket. “In a way, I resent it. In the digital world, anybody can buy a camera for a few dollars and take amazing photos. In a way, it’s fascinating to me the hours and hours and hours I’ve spent in the dark in the darkroom.”

Friends near and far plan to turn out for his birthday celebration today at Elmbrook Golf Course, where Balyeat has golfed — and photographed — for 30 years.

“He represents for us that age doesn’t matter, that golf is a lifetime sport,” said Carolyn Olson, Elmbrook co-owner along with her husband, John, and brother Wes Nelson and his wife, Arlene. “We believe that golf actually extends your life and he’s a good example of that. He’s very active and he’s helped out over the years with photographing of charity and special events. Everything you can think of to do with golf, he’s photographed.”