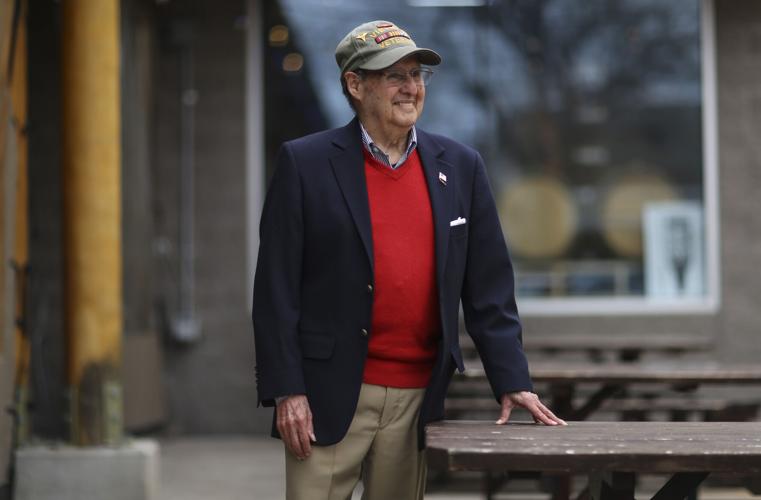 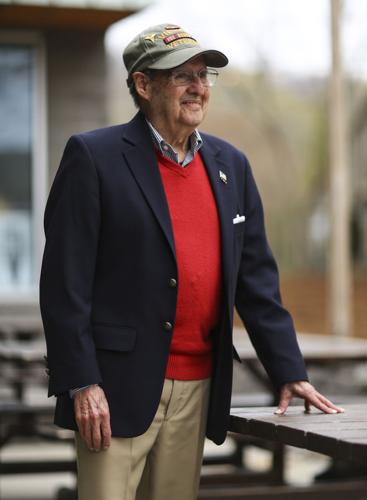 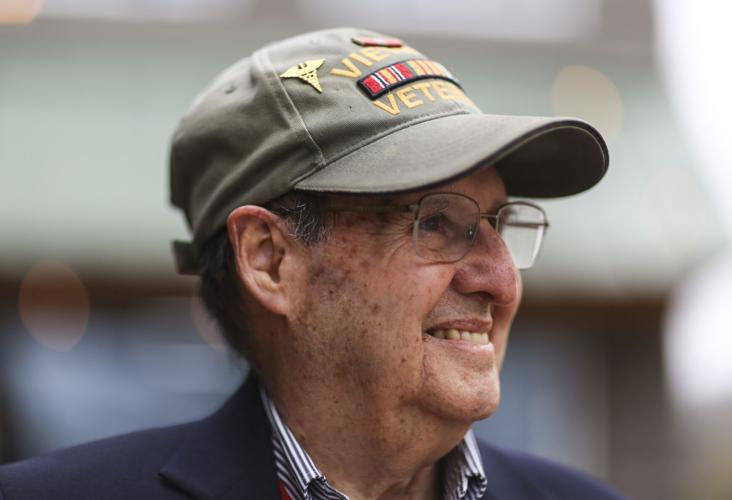 Dr. Anibal Pepper poses for a portrait outside of Stormcloud Brewing Company in Frankfort. 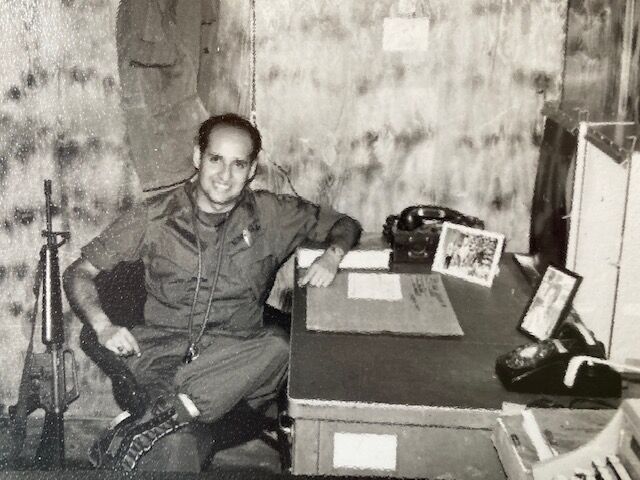 Maj. Anibal Pepper while deployed working at a MASH hospital in Vietnam. 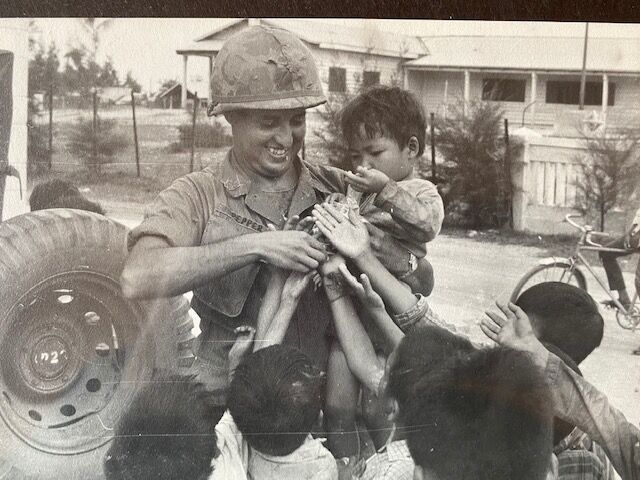 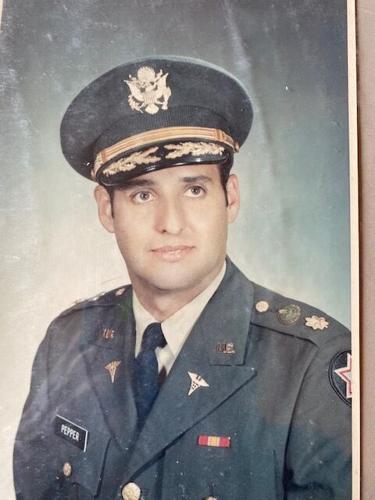 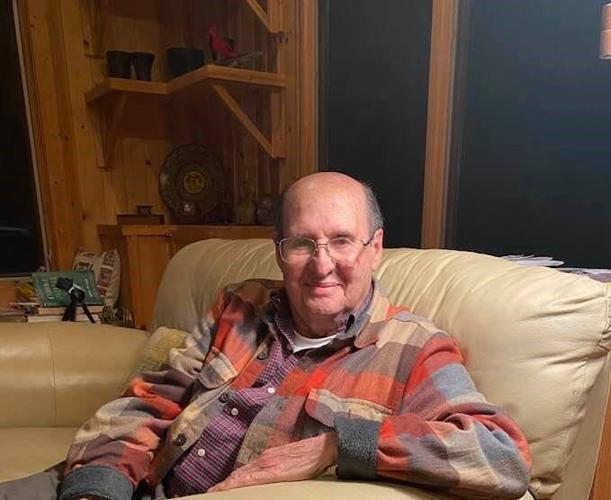 Dr. Anibal Pepper at his house in Frankfort.

Dr. Anibal Pepper poses for a portrait outside of Stormcloud Brewing Company in Frankfort.

Maj. Anibal Pepper while deployed working at a MASH hospital in Vietnam.

Dr. Anibal Pepper at his house in Frankfort.

The two fell in love, Pepper left his country for America on a visa, married Ann and moved to Illinois where he’d train to be a surgeon (again) and practice surgery. He had already finished medical school at the University of San Agustin Medical School, but to practice in the U.S., he had to do his certification there as well.

Then one day Pepper received a letter from President Richard Nixon inviting him to “volunteer” for service with the U.S. army in Vietnam.

Pepper, a Peruvian citizen with American residency, was being drafted.

That draft board gave him the option to refuse to join to the army because of his citizenship, but it would mean he’d have to return to Peru, leave his wife, and never come back.

“Married with an American, and being in the middle of my training, that was not really an option,” Pepper said. “In other words, they asked me to ‘volunteer’ and I couldn’t say no.”

Pepper, 29, thought his case was unique. The age limit to be drafted to be a G.I. was 26, but for a officer of the army and doctor it was 35. He’d serve two years, half, training in America and other half deployed to Vietnam.

When Pepper arrived for basic training at Fort Sam Houston in San Antonio, Texas he quickly realized he was not alone.

“There were like 200 doctors there when you’re getting in the Army and we were foreigners — like a foreign legion,” Pepper said.

Back in Chicago, Ann was eight months pregnant.

After combat training in Texas, he went to California for war surgery training. He begged the Army to let him stay a month or two, willing to stay in the Army for the equal length of time.

“They told me essentially this isn’t the Boy Scouts,” Pepper said, and he left the U.S. without seeing his child, realizing when he got to Vietnam — like most — Americans were being deceived of the country’s status in the war.

But after his service, and for the next 54 years, Pepper applied what he learned when he returned home.

Pepper, who now resides in Frankfort, has been named a recipient of the Daughters of the American Revolution’s Americanism Medal from the Job Winslow Chapter in Traverse City for his time spent in the war and his long, successful medical career that followed.

“Anibal is truly a man of trustworthiness, leadership, service, and patriotism,” Jeanne McMillian of the DAR’s Job Winslow chapter wrote in her letter of recommendation for Pepper. “It has been said that Dr. Anibal Pepper is the ‘poster boy’ of Americanism. I absolutely concur.”

The award will be presented April 28 at the Stormcloud patio on Main Street in Frankfort from 4 — 6 p.m.

Because of Pepper’s prior history in medicine he entered the Army as a major and commanding officer of one of the medical divisions, a.k.a. a MASH unit.

“My assigned place was in the middle of nowhere kind of in an underground facility,” Pepper said. “It was tough because we were in the perimeter, we were getting mortars and I was doing really emergency surgery — chest tubes, IVs and sending patients to the hospital.”

That lasted four months. Then Pepper learned news that quite literally shook the world in his home country.

It became known as the “Great Peruvian Earthquake,” the world’s deadliest avalanche, and affected most the Peruvian regions of Ancash and La Libertad.

Pepper left Vietnam on a Temporary Assigned Duty order with a stop in Chicago before heading back to Peru. That transfer at an Air Force base was significant. It gave Pepper a chance to see his newborn son, already 4 months old.

Previously all he knew about his son was from a Red Cross woman who talked to him mid-surgery: “Doc. Your son is born. And the son and the mother are well.”

When he arrived in Peru, Pepper’s message as a translator for the U.S. was simple. ”We are here to help,” Pepper said and he hopped on a helicopter and trekked through the Andes to find towns buried in debris. One village, Ranrahirca, had just 400 survivors in its entire population of about 20,000.

His TDY order ended after four weeks. He returned to work in another MASH hospital for 11 months. After that Pepper left Vietnam to finish his medical training in Chicago.

Loyola School of Medicine ended up giving Pepper a year’s worth of credit for his service in Vietnam to round out four years of training. He passed his exams and began practicing at Westlake Community Hospital in Melrose Park, Illinois which is affiliated of the Loyola medical system.

Pepper rose to Westlake's chairman of the emergency room because of his experience in Vietnam, helping organize a system of transporting patients by helicopter just as he learned from the war. That earned him a promotion to head of the Intensive Care Unit and 10 years later he became chief of surgery.

He became an American citizen but never lost sight of his home county in Peru.

Pepper joined the Peruvian American Medical Society, which has a membership of about 500, leading him to join dozens of trips back to Peru over 45 years to volunteer medical work back where where he was from.

That inspired him to establish a burn unit in the same Arequipa hospital Pepper became a surgeon in, Honorio Delgado Hospital. It’s now Peru’s best.

“In one of my trips, talking with my professor, I found that with the bacterial problems with the burns, if a patient is burned and has more than 30 percent of burns on their body, they will die,” Pepper said. “I said this can not be true.”

Ann Pepper, along with the other doctors’ wives from the Peruvian American Medical Society, worked with local schools to donate school supplies and laptops. At the time their children were still going to school in Chicago. The U.S. and Peruvian Elohim School became sister schools and learned about the other’s culture and education by being pen pals.

When the Peppers retired in Frankfort after taking vacation trips to Crystal Lake to see Ann’s family, the sister school program expanded to northern Michigan.

Pepper, now with a daughter who practices medicine in Oregon, still makes trips back to Peru to volunteer medical work and live the culture he grew up in. Pepper donated all of his medical equipment and surgical supplies to the Chicago Community Health Center.

At present time the Peruvian American Medical Society’s goal has turned to helping the country through the coronavirus pandemic, which Pepper plays a role in.

“Now the entire Peruvian healthcare has collapsed,” Pepper said. “They don’t have oxygen sometimes. The people are practically dying in the parking lot of the hospital because they don’t have ICU beds. So we’re trying to help. And that is what we’re doing now.”

Editor's note: This article has been corrected because of incorrect information given to the Record-Eagle. Dr. Anibal Pepper rose to chief surgery at Westlake Community Hospital in Melrose Park, Ill., which is affiliated with the Loyola School of Medicine System.