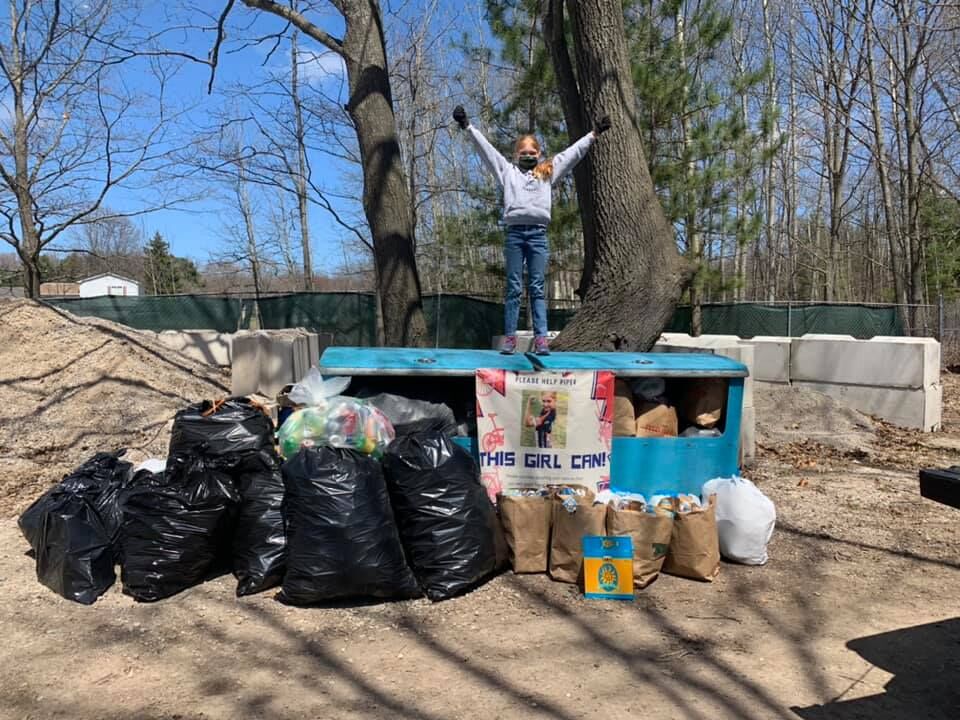 This is Piper Shumar’s second can drive. 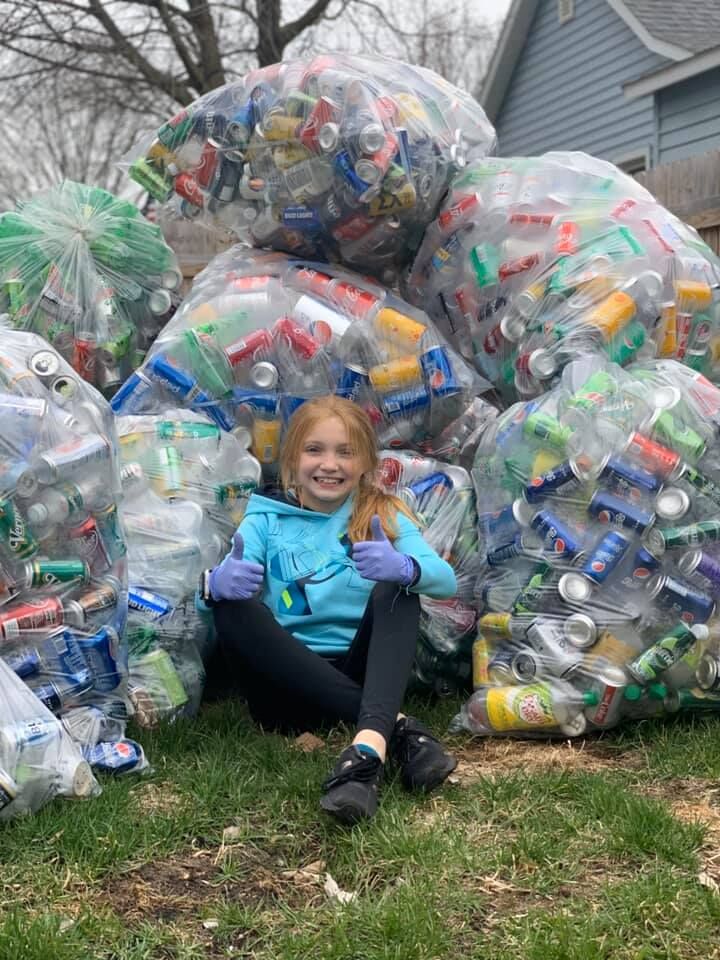 Piper Shumar, a 9-year-old Grand Traverse Academy student, collected far more cans for charity than she expected because of COVID-19 restrictions. She’ll be able to start returning them mid-month.

This is Piper Shumar’s second can drive.

Piper Shumar, a 9-year-old Grand Traverse Academy student, collected far more cans for charity than she expected because of COVID-19 restrictions. She’ll be able to start returning them mid-month.

TRAVERSE CITY — It might take Piper Shumar three months to redeem $25 worth of cans per day.

But she said she’d do it.

Shumar, a 9-year-old fourth- grader at Grand Traverse Academy, has a collection of cans in at least 10 storage locations the size words can not describe.

While the coronavirus caused bottle return facilities to shut down in grocery stores like Meijer and Walmart, Shumar seized on the opportunity to exponentially grow “Piper’s Project This Girl Can” over the course of the last three months.

Last year, she was able to buy 130 bikes for Bikes for Tikes.

Her goal this year is to collect enough to redeem and purchase 200 bikes by Christmas.

It’s safe to say she’ll meet that without a problem.

“I didn’t know what was gonna happen,” Shumar said. “They just kept going to Timber Ridge and they still let us do it.”

Shumar extended the offer to pick up bags of cans curbside throughout the month of April. After weeks of the pandemic’s stay at home order in Michigan, Shumar started to have calls and requests pile up.

Social distancing recommendations discouraged in-person meetings, but that didn’t stop the donors from expressing their gratitude toward Shumar and her project.

“They would leave notes,” she said. “They would say things like ‘You’re such an inspiration’ or ‘Thank you for what you’re doing.’ Some of the people we know would write longer ones.”

That got too big.

She organized contact-free collection sites at Timber Ridge RV Park and Resort and Brickyard Towing, which to this date still house cans stacked several feet above the ground.

“You could go through the bins but they were overflowing,” Shumar said.

Ron Leix, public information officer for the Treasury Department, said enacting a $25 limit would be at the discretion of the retailer accepting bottle returns. State law permits retailers to do so, but if they decide to, they do not have to oblige.

Shumar said she planned to redeem cans once the opportunity arises a “truckload at a time,” which she said could take up to an hour and a half.

But there’s a good chance you won’t be waiting behind her in line.

Beverage distributors such as Pepsi, Coke and Anheisur-Busch accept cans from party stores directly at the time they receive their shipment.

George Shumar, Piper’s dad, said The Beverage Company already agreed to accept cans if they are sorted prior to dropping them off. It makes the process smoother for both parties.

That’s going to take a lot of work, both admitted.

“I’m not going to be that type of guy that’s gonna say ‘if it’s open, let’s take 400 bags back to this one store,” George Shumar said. “We’ll call ahead if they could take a couple, we’ll take a couple.”