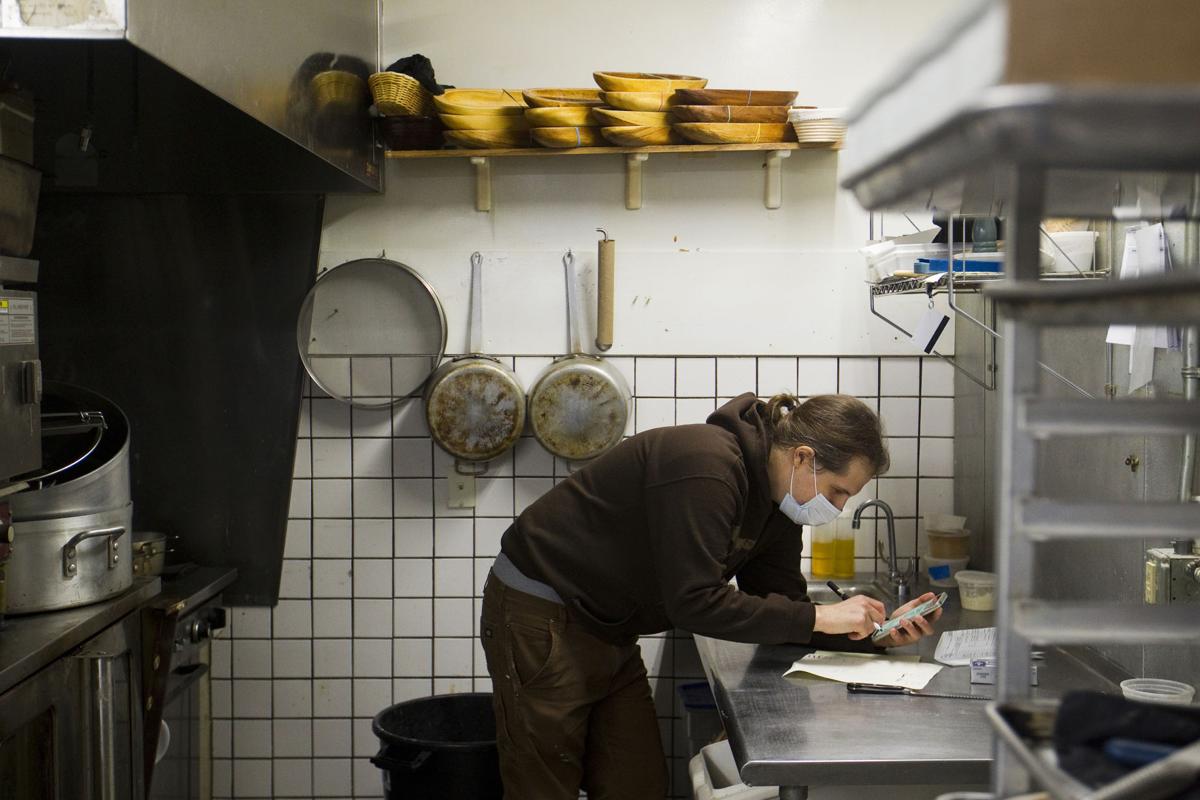 Terrain co-owner and chef Randy Minish works on a menu while contacting suppliers. 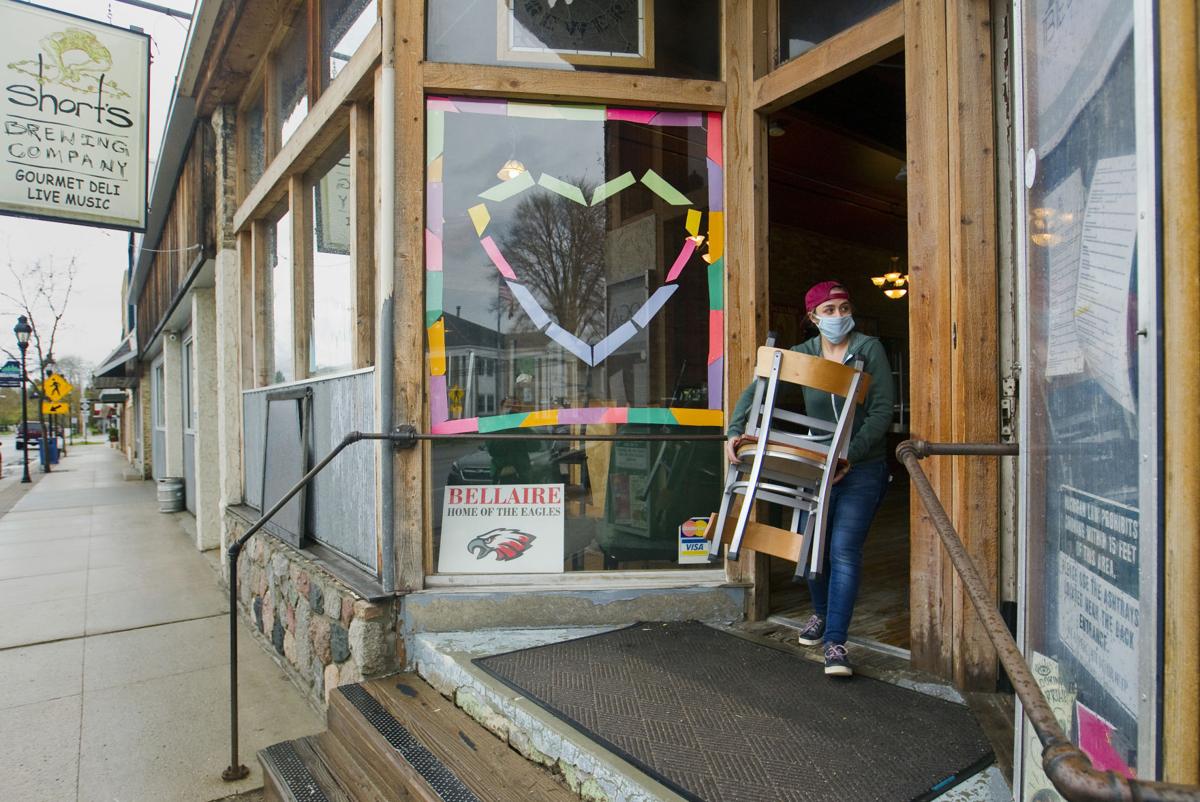 Jordan Scholl carries chairs out of Short’s Brewing Company before restaurants were closed for indoor dining. 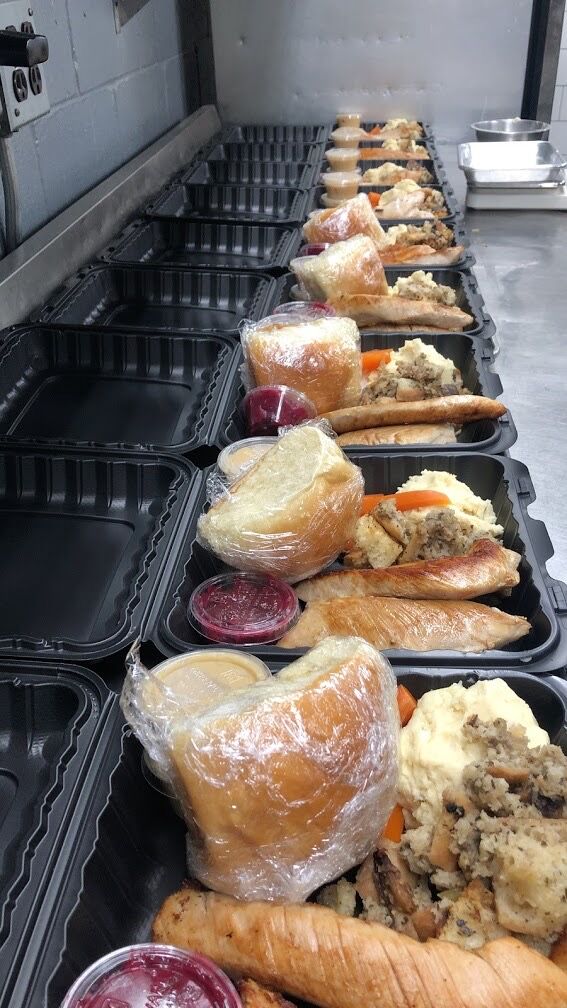 Thanksgiving dinners stretch down the kitchen at Terrain restaurant the eve of Nov. 26.

Terrain co-owner and chef Randy Minish works on a menu while contacting suppliers.

Jordan Scholl carries chairs out of Short’s Brewing Company before restaurants were closed for indoor dining.

Thanksgiving dinners stretch down the kitchen at Terrain restaurant the eve of Nov. 26.

But Sutherland and co-owner Maggie Antcliff had more than three dozen neighbors lined up outside their door that joined them in a common goal — keep the lights on by doing things different in 2020.

Three restaurants in Bellaire — Terrain, Short’s Brewing and Corner Bistro — are cooking and selling full course holiday dinners to-go after the community asked for it, and in return, their support is keeping their lights on.

One owner said people picked up a side or two from each business during Thanksgiving.

“We were laughing when people were coming to pick stuff up,” Terrain owner Shana Minish said. “It was something that I thought was very nice: small communities helping each other.”

One resident called Minish at the restaurant the Tuesday before the holiday frantic because their oven broke. Another said an appliance wouldn’t work the day they planned to cook. Some forgot to make plans and ordered takeout last-minute, others were groups of two that simply didn’t want to cook.

Minish said in the past the restaurant had talked about offering holiday takeout, but didn’t want to put resources in place for something she wasn’t sure the demand was there for.

She received her answer pretty quick.

“We’re probably going to do something very similar for Christmas,” Minish said. “Kind of a thing like ‘Don’t feel like cooking?’ Pick up some dishes to go.’”

Maggie Antcliff, co-owner of Corner Bistro, said the Thanksgiving takeout menu sold out. She said the amount of dinners they sold from Thanksgiving — five times their required margin — likely allowed the restaurant to keep the lights on for three weeks. The restaurant received 55 total orders.

“It’s really hard to cook like 40 turkeys though,” Antcliff said.

Every single sale the restaurant gets makes a difference, Antcliff said. She said she appreciates each one and sees those who go out of their way to order takeout as people, not just names on reservations. It’s part of the reason why the business’ phone number on Google Maps is also Antcliff’s cell phone.

“I heard repeatedly, ‘It’s because we want to see you here when it’s all over with. We want to help,’” Antcliff said.

To very little surprise, each of the three restaurants is now offering Christmas takeout.

Antcliff said she already has a plan for a full-course New Year’s Eve dinner. Short’s is offering a Holiday Take & Bake Menu that feeds four to six people by pre-order for pickup up until 5 p.m. Christmas Eve.

“We did find that the Thanksgiving Take & Bake did really well,” said Erin Kuethe, General Manager of Short’s Bellaire restaurant. “I think a lot of people aren’t spending the holidays as they normally would. To not have to cook and dishes and all those things was kind of a relief. A lot of people were just grateful for that.”

Kuethe said a few have already placed their orders. She anticipates the most popular item to be the Christmas Breakfast — which has quiches and homemade cinnamon rolls — that performed well when the restaurant was offered takeout Easter and Mother’s Day.

Terrain has a menu that includes a “dinner for one” with ham, stuffing, salad, brussel sprouts, mashed potatoes and gravy. Pickup is Dec. 23.

Corner Bistro is has a “magical meal to go” that serves two, a choice between a 16 Oz. Ham or 16 Oz. Roasted Prime Rib. Sides are also available for pickup Christmas Eve.