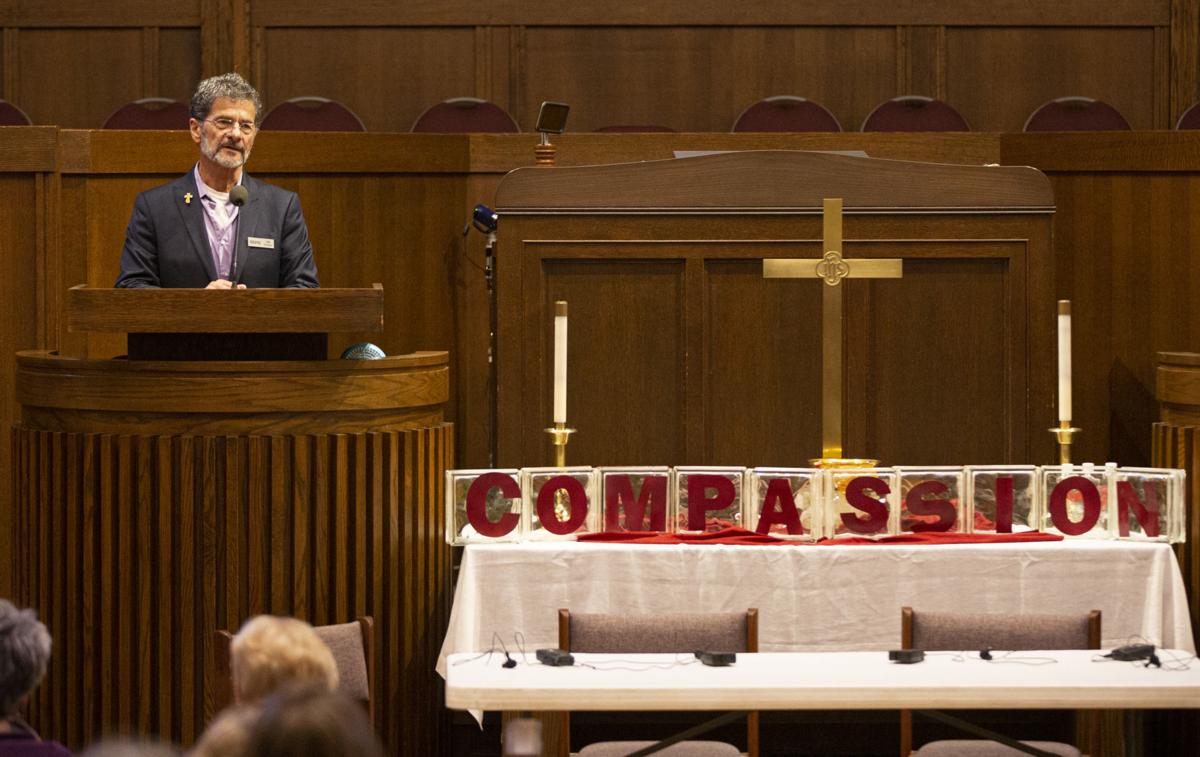 Tom Bousamra speaks during an event by Before, During and After Incarceration at Central United Methodist Church in Traverse City before the COVID-19 pandemic. The event featured speakers and a panel of criminal justice officials. 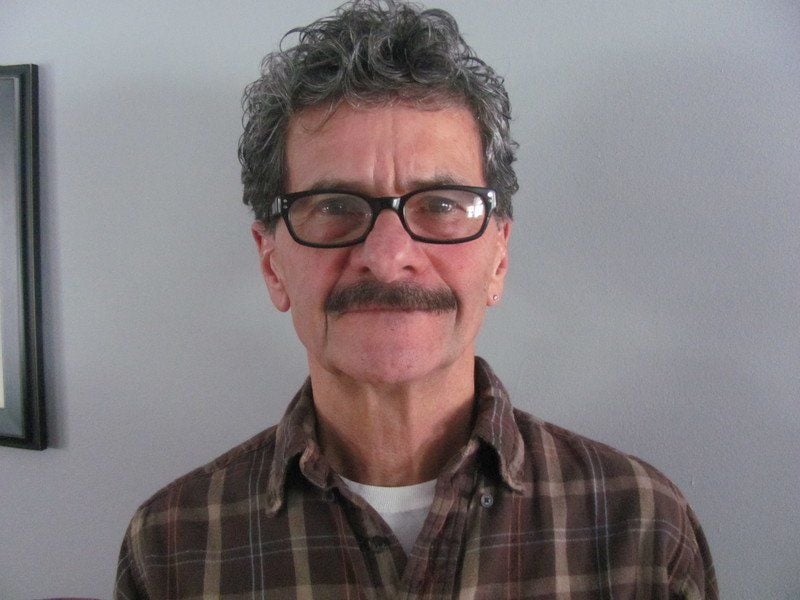 Tom Bousamra: “They would like their law enforcement officers to have an alternative instead of taking someone to jail; some better place to take them where things could get sorted out.”

TRAVERSE CITY — Tom Bousamra had known about it since February.

A reception was planned for March 14, but the presentation of the award was delayed until December because of the coronavirus pandemic.

The award is named in honor of Hardy, who established the Human Rights Commission more than 30 years ago. It recognizes Hardy’s contributions to the community by honoring an individual who exemplifies the ideals of the commission.

Bousamra is the president of the Before, During, and After Incarcerated organization.

“To me the award is as much recognition to the work we’re doing there for the last four years, and last two years officially as a nonprofit,” Bousamra said.

BDAI supports those who are in jail and those once in jail, but also provides resources to keep people out of jail.

Bousamra has a background as the jail’s minister for 34 years, offering worship services every Sunday. He’d come back to counsel inmates on Sunday night. When Bousamra retired, he was inspired with an idea to become more involved to improve the lives of those incarcerated.

“I said, ‘You know, we should be able to improve the life of inmates and help their families, perhaps divert people from jail and support them when they’re coming out of jail,’” Bousamra said. “The title just kind of grew naturally.”

Susan Odgers, chairwoman of the Traverse City Human Rights commission, said there were several people nominated and everyone on the committee felt real good about Bousamra getting the award.

It’s estimated that 86 percent of jail residents suffer from a mental disturbance or mental illness, and that’s concurrent with substance abuse. Bousamra said that there’s a need to strengthen mental health services and providing support for those who have substance abuse disorders.

That’s why BDAI’s latest project is a grant that would fund a crisis stabilization/de-escalation center intended to bring together about a dozen local entities.

How the center would function is based off a 25-page log of police calls where Bousamra observed hundreds regarding psychological or emotional problems.

The grant could be issued as early as next year.

Other projects include grants to fund transitional housing costs, BETA transportation vouchers for food and coaching for inmates to reintegrate with society.

BDAI also hosts a monthly dinner for families of those incarcerated that’s open to those who have previously been incarcerated. The dinner has, at times, garnered 30 attendees. Some have received help through connections they made because they attended the dinners.

The 2020 family support dinner was not able to happen because of the coronavirus pandemic, but it has still hosted Zoom meetings in place.