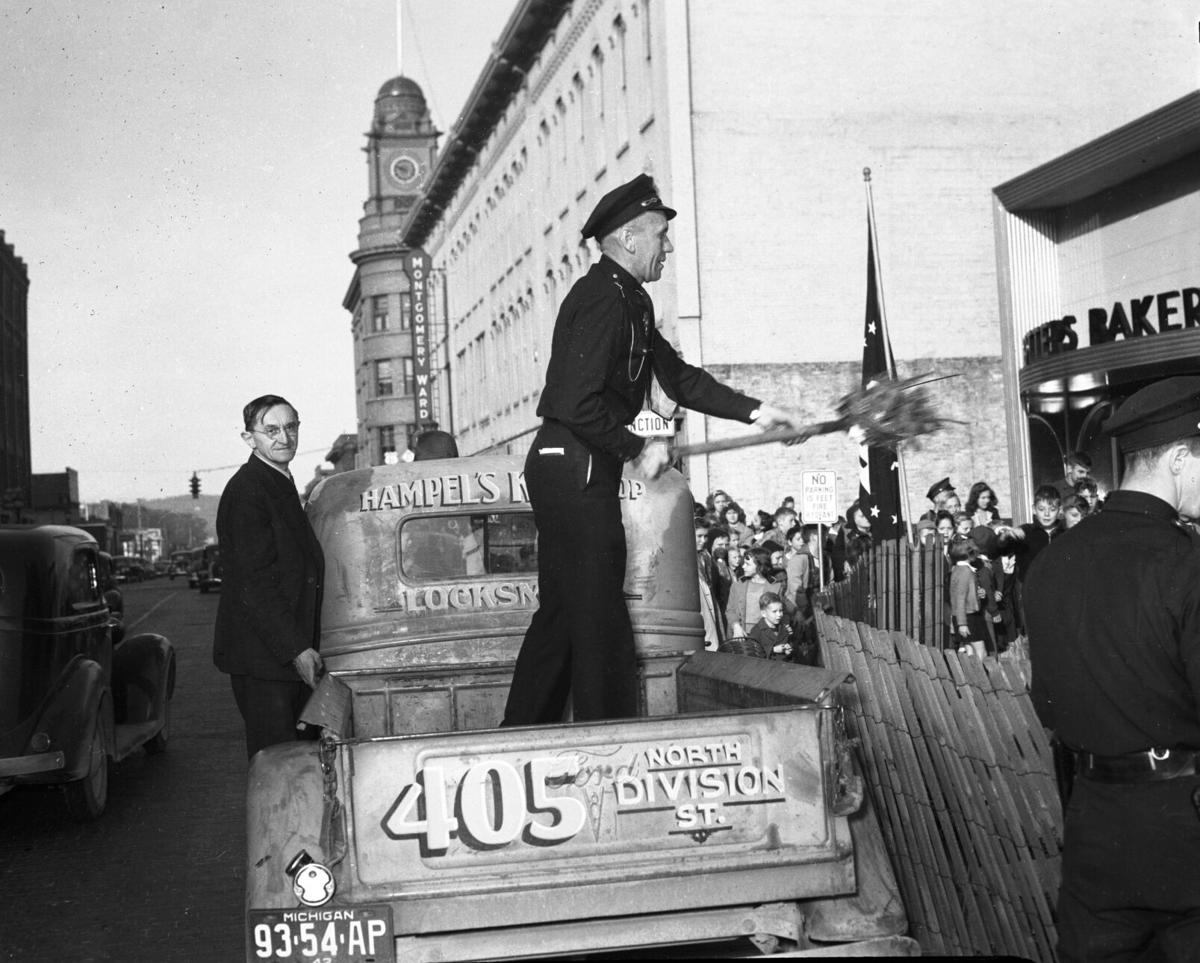 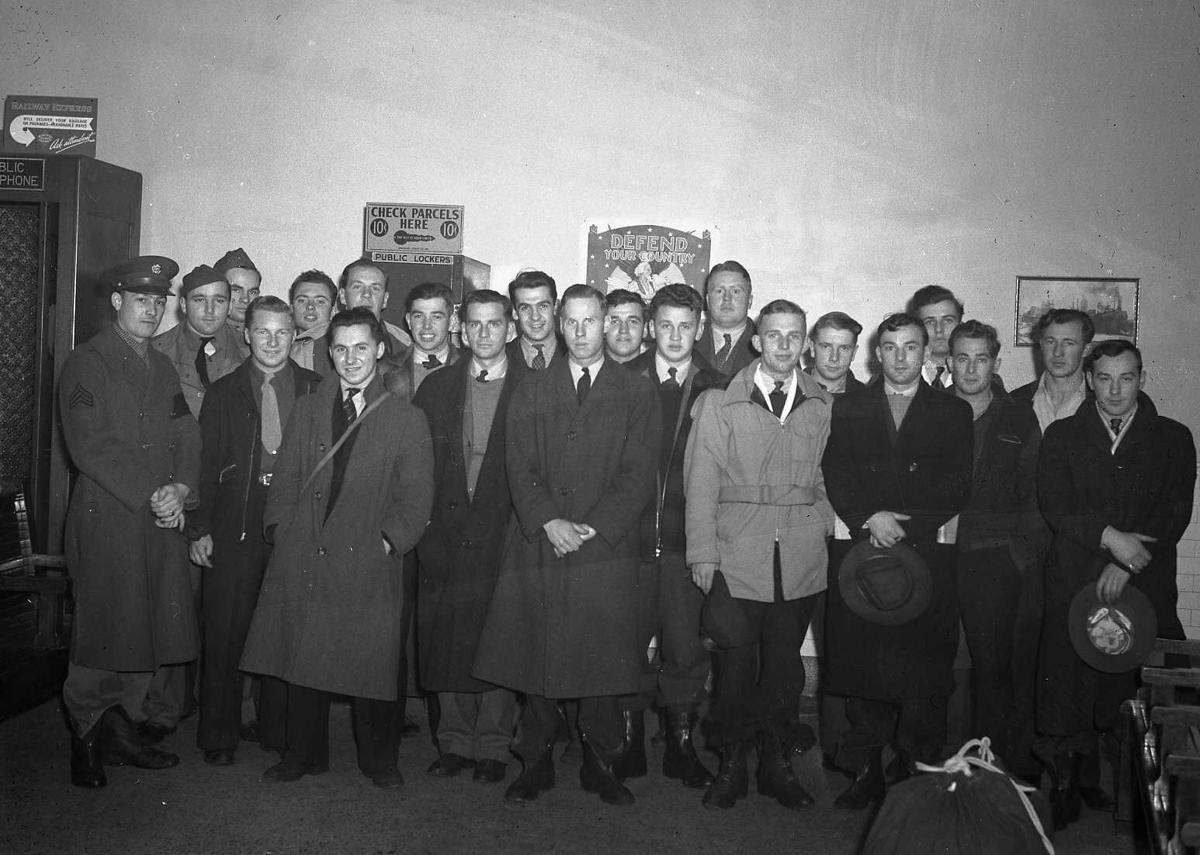 Recruits “remembered Pearl Harbor” by enlisting in the military. This photo was taken on January 5th, 1942 in the Pere Marquette Railway Depot, which sat south and east of the intersection of Union and Sixth streets. This group had enlisted in the Army. 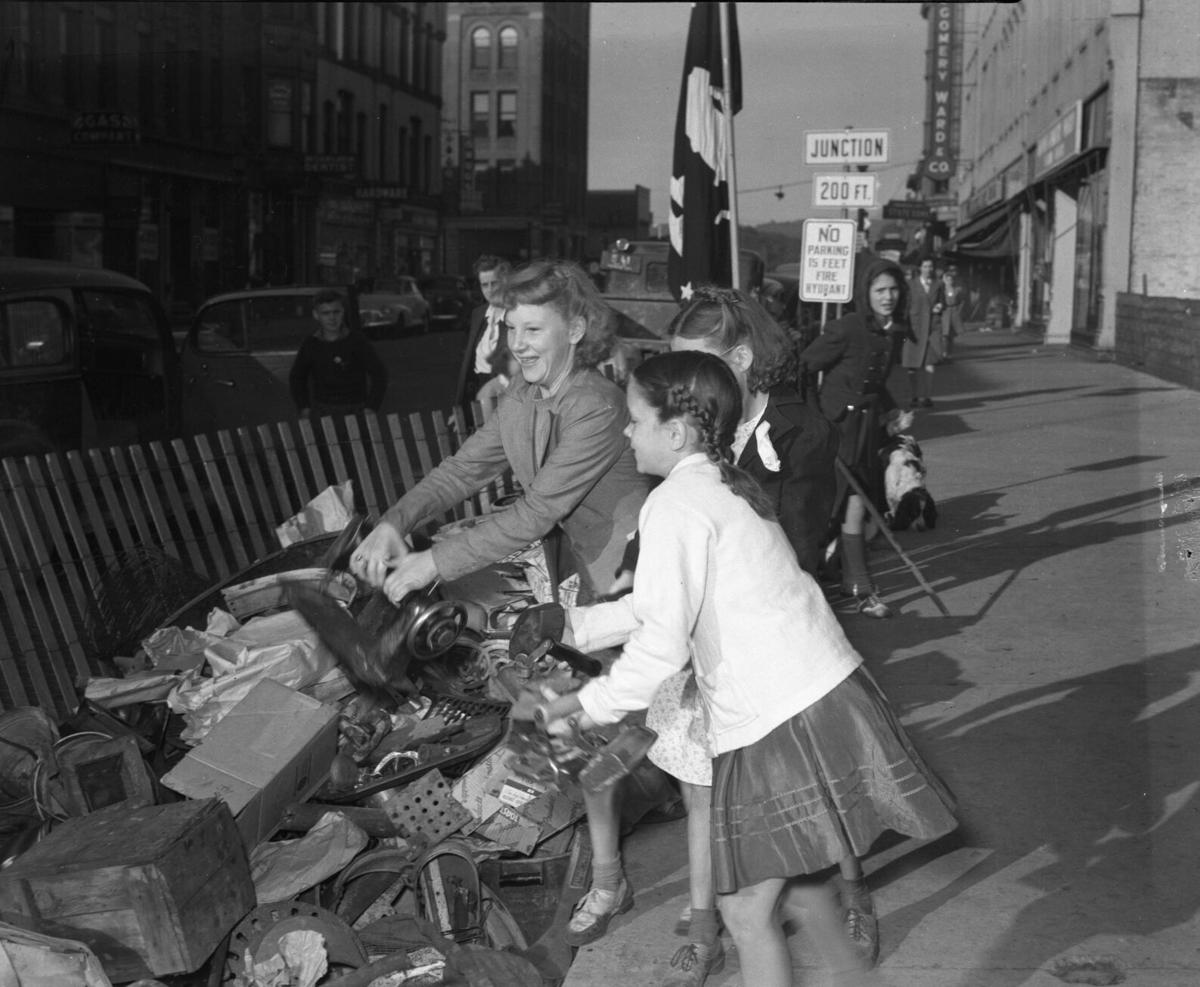 Here you see a World War II, Traverse City scrap drive. Taken in the early 1940s, the image looks west towards the intersection of Front and Union streets.

Recruits “remembered Pearl Harbor” by enlisting in the military. This photo was taken on January 5th, 1942 in the Pere Marquette Railway Depot, which sat south and east of the intersection of Union and Sixth streets. This group had enlisted in the Army.

Here you see a World War II, Traverse City scrap drive. Taken in the early 1940s, the image looks west towards the intersection of Front and Union streets.

Eight months ago Americans again had their lives upended as they watched state after state cascade into shutdowns meant to stem the spread of COVID-19.

In both eras life suddenly seemed out of control. People respond to such “new normals” in many ways. One such response is the creation of new language.

Today think of “coronapocalypse” or “coronageddon.” During World War II phrases like “situation normal all fouled up” (SNAFU), and “fouled up beyond all recognition” (FUBAR) were coined. Come to think of it, they fit 2020 as well as they did the early 1940s.

Much of 2020s’ vocabulary, such as “PPE” and “bending the curve,” is serious in tone. However many of today’s new words, and those of the 1940s, actually reveal a wry sense of humor. “Quarantini,” “moo juice” (milk), “maskne” (acne caused by facial masks) and “dogface” (a soldier in the army) come to mind.

These words are a type of gallows humor: Language which treats serious matters such as death, war or disease in a light or satirical fashion. Gallows humor enables people to laugh in the face of danger.

“Language, once learned, can be a way to wrest control over chaotic situations ... language inventions and creative tropes and figures deployed for comic relief can help people assert their resilience in dark times,” says Nicholas Pici, lecturer at the University of Miami.

To understand why such language appears, consider how sudden catastrophe churns one’s emotions.

Think back to mid-March. Try to remember how you first heard that Michigan had been shut down. Were you watching the evening news? Or perhaps you were web surfing. The closures were announced, and the world as you knew it changed. Did your stomach drop, did you catch your breath, or perhaps did you utter “Oh my God, it’s really here?”

Now imagine your parents or grandparents on the mid-afternoon of Sunday Dec. 7, 1941. Perhaps an announcer broke into their radio program, or the phone rang. Pearl Harbor had been bombed by the Japanese. The world as they knew it also had changed.

Adaptive language is one of the ways a society deals with such upheaval.

“The pandemic isn’t just about ‘community spread’ in terms of illness; rather the virus also has created a spread of words and phrases. Some playful, some serious, they help us make sense of this precarious moment. This is what language does. It allows us to create what we need when we need it,” says Dr. Deidre Mahoney, professor of English at Northwestern Michigan College.

The aforementioned “SNAFU” originated with the Marines, and “FUBAR” with the Army. In both cases the “F” originally stood for what many euphemistically refer to as the “F-word.” As those acronyms moved into the wider society the “F-word” morphed into “fouled.”

Ironically, the roots of some of today’s COVID-19 slang stretch back to World War II.

For instance, the 2020 phrase “covid nazi” refers to Americans who tightly follow the guidelines offered by most health departments.

It is particularly applied to those who express the feeling that everyone else should be behaving in the same way.

The phrase probably originated among those who feel such guidelines go to far. And the “covid-nazis’ reacted to that reaction by coining their own words, including “covidiot” and “moronavirus’.”

During World War II Americans also used words disparaging those with whom they disagreed. A “cracked egg” was a silly or stupid person, a “dead battery” an irritable or gloomy person.

And of course, the war gave Americans true enemies with whom to deal. Today the words coined to refer to those long-ago foes may make people cringe, but they served a purpose at the time.

The Japanese were “Japs,” and the Germans were “krauts” (from sauerkraut) and “ratzies” (a blend of rat and nazi).

“Hamsterkauf” is another piece of COVID slang with roots going back to World War II. Meaning “panic buying,” it is widely used in Germany and has begun to catch on in parts of the United States. It was originally coined by the Nazi Minister of Propaganda, Joseph Goebbels, referencing people who were hoarding supplies in a selfish manner.

“Pig Snout” is World War II slang applied to the gas masks worn at the time. Perhaps one small bright side of the current pandemic is that COVID-19 masks generally are more stylish than the gas masks of World War II.

With soon-to-be introduced vaccines appearing, the world may be seeing the light at the end of the tunnel in its fight against COVID-19.

The years after the pandemic will reveal which pandemic slang stays in the language, and which fades away.

In the meantime, readers could fill a few “shut-down moments” by using Google to translate the following World War II slang-filled sentence: The writer of this article will now “get cracking’’ and “roll up her flaps” and stop “beating her gums.” She hopes she has not “browned off” anyone, and while she is “bailing out” she is not “going AWOL” nor is she a “corner turner.”

“Here’s looking at you kid,” and hoping for a brighter future.