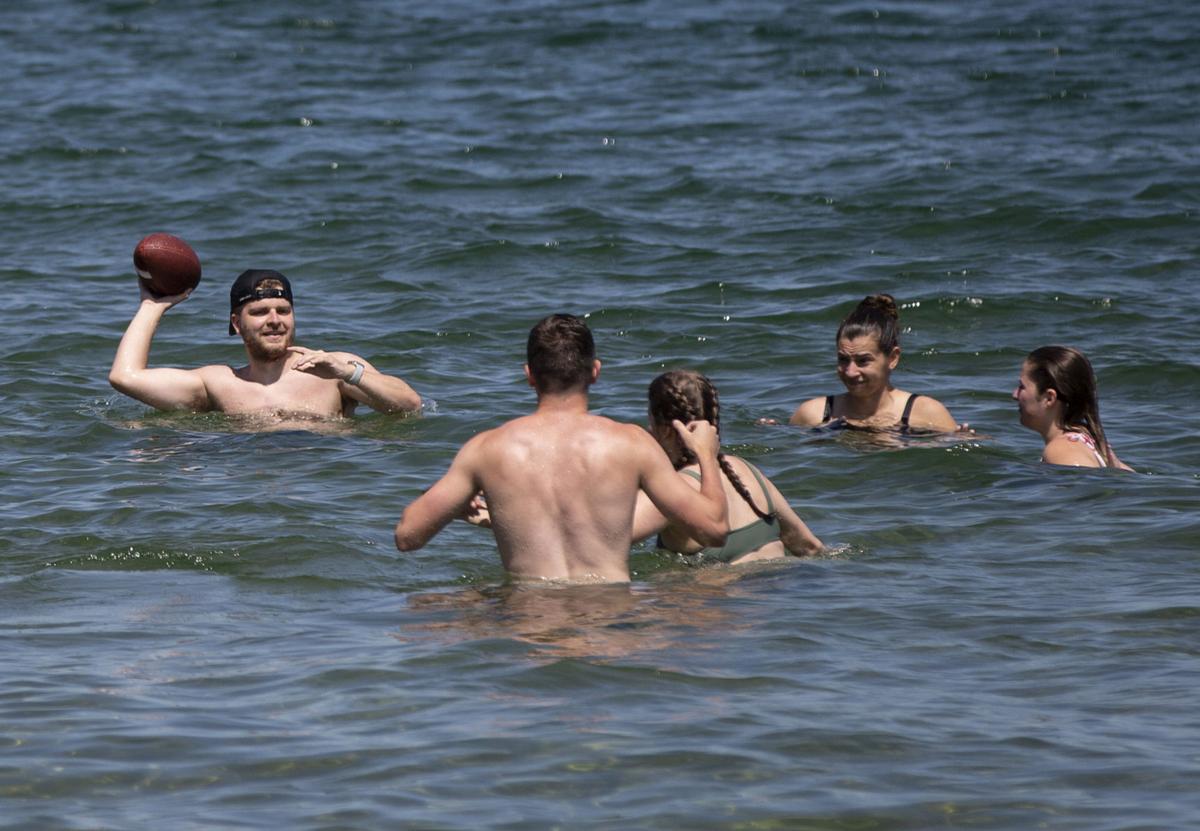 Swimmers play in the West Arm of the Grand Traverse Bay in Traverse City. 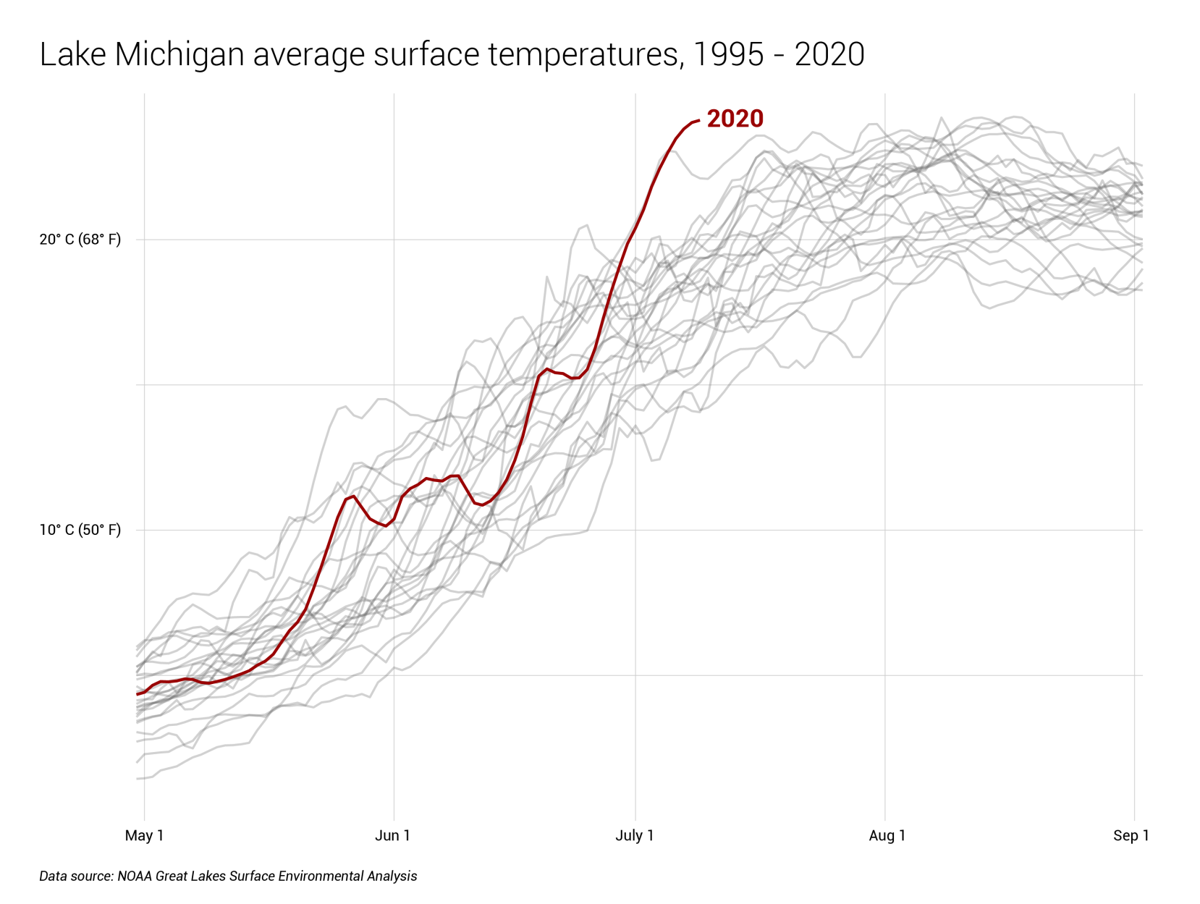 This graph shows average surface temperatures on Lake Michigan for the summers of 1995 — 2020. Each line represents one year of temperature data.

Swimmers play in the West Arm of the Grand Traverse Bay in Traverse City.

This graph shows average surface temperatures on Lake Michigan for the summers of 1995 — 2020. Each line represents one year of temperature data.

TRAVERSE CITY — An unusually long stretch of warm weather nudged surface water temperatures on Lake Michigan past July records last week, and to within half a degree of the warmest lake-wide average ever recorded.

Surface temperatures on Lake Michigan usually peak in August, but Thursday’s average was already close to the all-time high of 24.2 degrees Celsius (75.6 degrees F), recorded in August of 2016.

That record will likely be broken this year, said Andrea Vanderwoude, a physical scientist at the NOAA Great Lakes Environmental Research Lab.

Temperatures in Grand Traverse Bay were in the upper 70s last week.

“I’m loving this,” said Whitney Miller, a Traverse City-based swim instructor who gives lessons at the beach. “Last year I was in a wetsuit up through the 15th of July ... I was a popsicle.”

Rapidly increasing temperatures on the lake coincided with warm weather that hung over much of the Midwest from the end of June through the beginning of July.

Warm temperatures were essentially trapped in the region by an atmospheric system to the east, said Matt Gillen, a meteorologist with the National Weather Service in Gaylord.

Maximum temperatures in Traverse City reached 87-plus for 11 days in a row, the longest such instance in 125 years of record-keeping according to data from the Midwest Regional Climate Center.

“It’s a rare occurrence up here to get that long of a stretch of that weather and not cool down at least for a day or two,” said Gillen.

Climate change is expected to increase the number of hot days in Michigan along with water temperatures on the Great Lakes.

“As we see long-term warming trends across the United States and increased warming during the summer months, this could become the new norm,” Vanderwoude said.

Warmer water on the Great Lakes has far-ranging ecological impacts, including an increased risk of harmful algal blooms and avian botulism.

The EPA has said specifically that climate change is likely to harm water quality in Lakes Michigan and Erie.