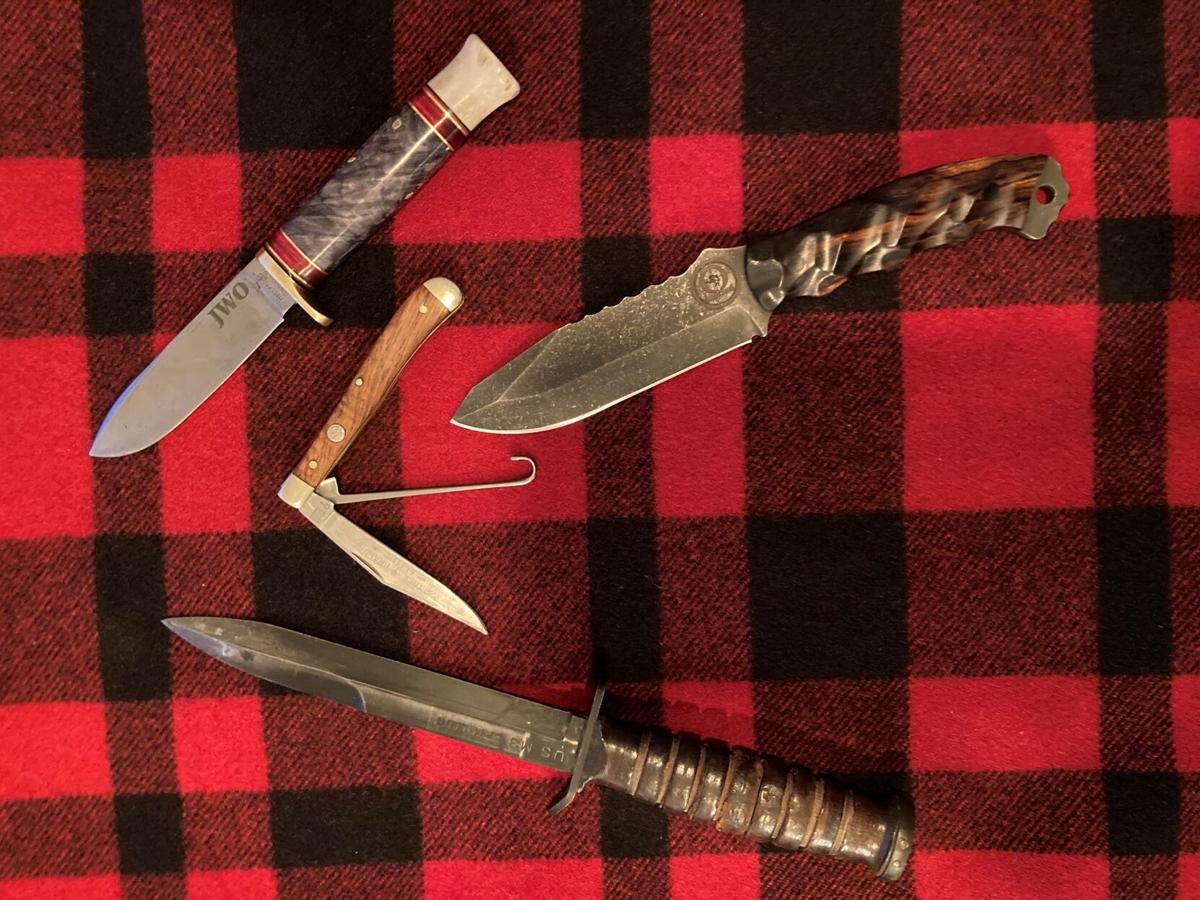 Captain Deyoung’s M3, the Boker, and a few other friends. 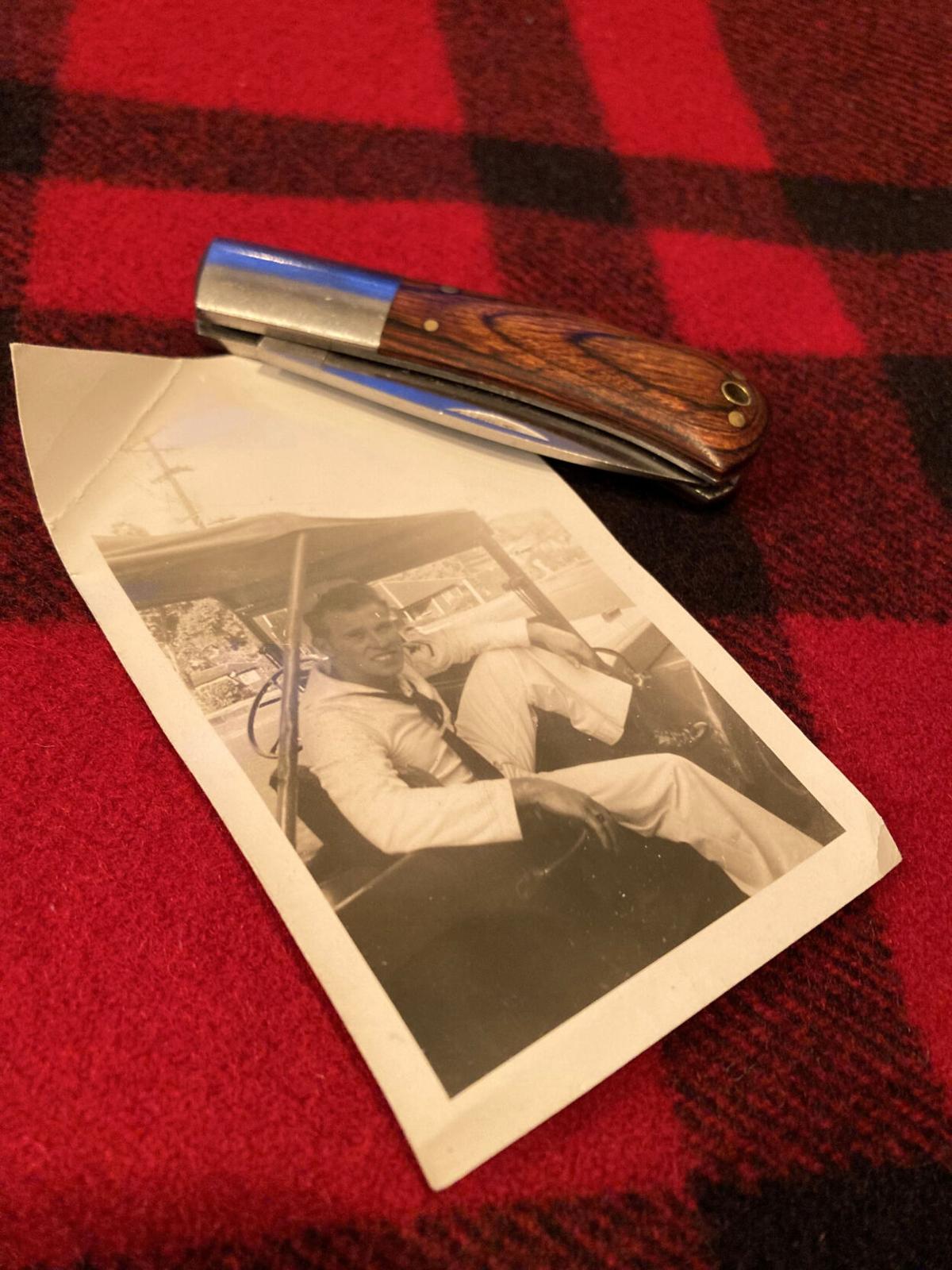 Grandpa Floyd during his Navy days. 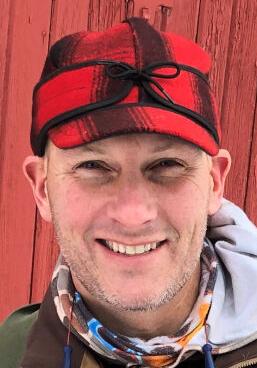 Captain Deyoung’s M3, the Boker, and a few other friends.

Grandpa Floyd during his Navy days.

Knives are among mankind’s first tools, with some of the earliest examples dating back 251 million years. And although blade designs have evolved over the millennia, our reliance upon them has remained steadfast, especially among the hunting and fishing crowd. After all, where would deer hunters be without a sturdy belt blade? How would anglers get along without a flexible fillet knife? What would wing shooters do without a pocketknife to field dress birds?

And knives aren’t germane only to sportsmen. To wit, a conversation overheard recently in a local hardware store, where a teenage salesclerk was struggling to unwrap a box. Overcome by frustration, the lad asked an older coworker if he had a knife handy. The gray-haired gent responded indignantly, like the answer should have been obvious:

Fact of the matter is some folks simply wouldn’t consider leaving home without a trusty blade. My grandpa agreed. As a career farmer, he carried a Case-brand pocketknife everywhere he went — to the point that its outline had permanently worn into the front pocket of his jeans. What’s more, the blade had been sharpened so many times, it was skinny as an icepick. Far from fancy, yet a tool to be respected.

“A blade is for cutting,” Grandpa instructed. “A screwdriver is for tightening screws.”

In other words, don’t ever confuse the two.

One day, Grandpa and I were running errands when a car in front of us struck a deer. With nary a second thought, Grandpa flicked on the flashers and pulled over. Then, he deftly withdrew the trusty penknife and disappeared into the ditch, where he delivered a swift coup de gras. Wiping his hands off on a greasy mechanic’s rag, he stated matter-of-factly:

“Jonny, that buck just experienced a ‘Case of Good Judgment.’”

Finally, I learned why Grandpa, who didn’t hunt, always had a freezer full of venison. When we got home, he applied a few drops of oil to the blade.

“Nothing rusts steel quicker than blood,” he said, before restoring the Case back to its rightful place in his pants pocket.

My lesson in “Case Law” coincided with my 8th birthday. At my party, my dad dropped an oblong box into my hands. I tore away the paper and tape, revealing an antler-handled, fixed-blade bowie knife in a leather sheath. It looked like something Davy Crockett would have wielded at the Alamo.

While Dad was beaming, Mom looked more like the concerned mother in “The Christmas Story,” after Ralphie unwrapped the long-awaited BB gun.

“I still say those things are dangerous.”

Knives are a bit dangerous, but that’s part of their allure. I paraded around the neighborhood with that bowie strapped to my belt, carving branches, cutting rope, and occasionally slipping up and cutting myself — confident in the knowledge that I’d joined the world of men by the ripe age of 8.

Years passed, and eventually I began upland hunting. Even in my teens I knew wing shooting was a gentleman’s pursuit, and the job of cleaning birds called for something classy. A large, fixed blade knife seemed too crude for the job, so I began searching for a slim little folder, like Grandpa’s Case, only more refined.

At the time, LL Bean carried a Boker penknife with a slender folding blade and gut hook. The handle (or, scales, as aficionados call them) incorporated walnut trimmed with brass. It was expensive, but my job as a grocery store bagboy allowed for the occasional extravagance. Since then, I’ve used the Boker to clean countless game birds. It occupies a permanent place upon my hunting vest, and quite frankly, I’d feel a little lost without it.

Hunting is one thing, but war is altogether different, a lesson I learned from a next-door neighbor. He was a soft-spoken older fellow who maintained a tidy lawn and enjoyed puttering around among his rose bushes. To my curiosity, he often wore a stocking cap whenever the temperature dipped below 70 degrees.

“He’s just cold all the time,” his wife explained solemnly. “After the war, he just could never seem to warm up.”

Burrell Deyoung was an Army captain at the Battle of the Bulge, where Hitler’s Axis forces had attempted to split the Allied lines and force their surrender. According to those who’d been there, conditions had been deplorable. Troops often froze to death and the fighting had been fierce and relentless.

Captain Deyoung had been issued the Camillus M3 trench knife, and when he passed away in his 80s, his wife offered it to me.

“He’d want you to have it,” she said softly, pressing the sheath into my palm. I withdrew the double-edged blade like it was Excalibur. The bluing was faded, though the edge was keen and free from rust, even after 50-odd years. How often had the old captain rummaged through some hidden trunk, wiping oil on the blade, and reminiscing in silence over hard truths? The history riding that steel is tangible, mysterious, and worth preserving.

Hence, I’ve known a few knives through the years. Where the one from my 8th birthday wound up is anyone’s guess, but the Boker, the trench knife, and numerous other blades have endured through the decades. They rank right up there among the simplest and most useful tools in a sportsman’s arsenal. Like Grandpa, I wouldn’t leave home without one

As Russian author Yevgeny Zamyatin put it, “The knife is the most permanent, the most immortal, the most ingenious of all man’s creations.”

As a co-conspirator in The Lost Branch Sportsman’s Club, Jon Osborn can often be found fly fishing, bird hunting, or just plain daydreaming. Born a century too late, he prefers waxed cotton over nylon, bamboo fly rods over graphite, and old double-guns over autoloaders. All that aside, he considers himself blessed to call Michigan home. Reach him at lostbranchsportsmansclub@gmail.com.