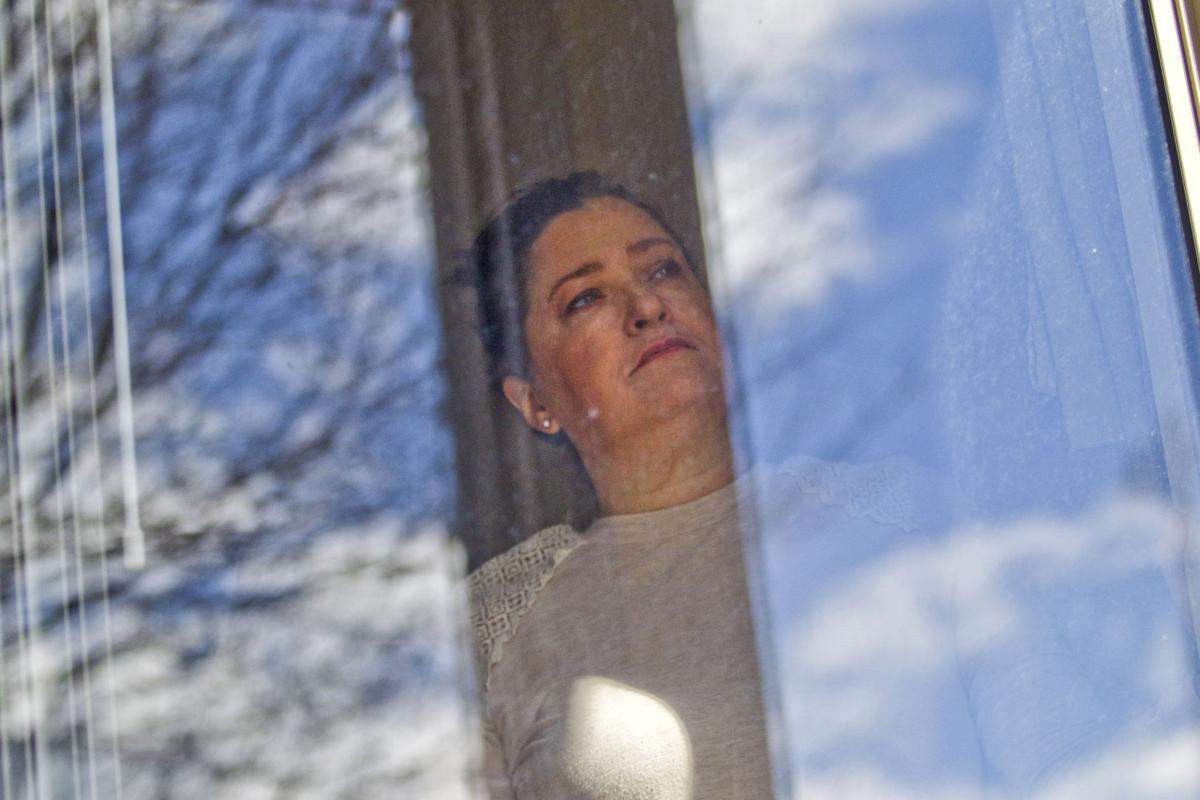 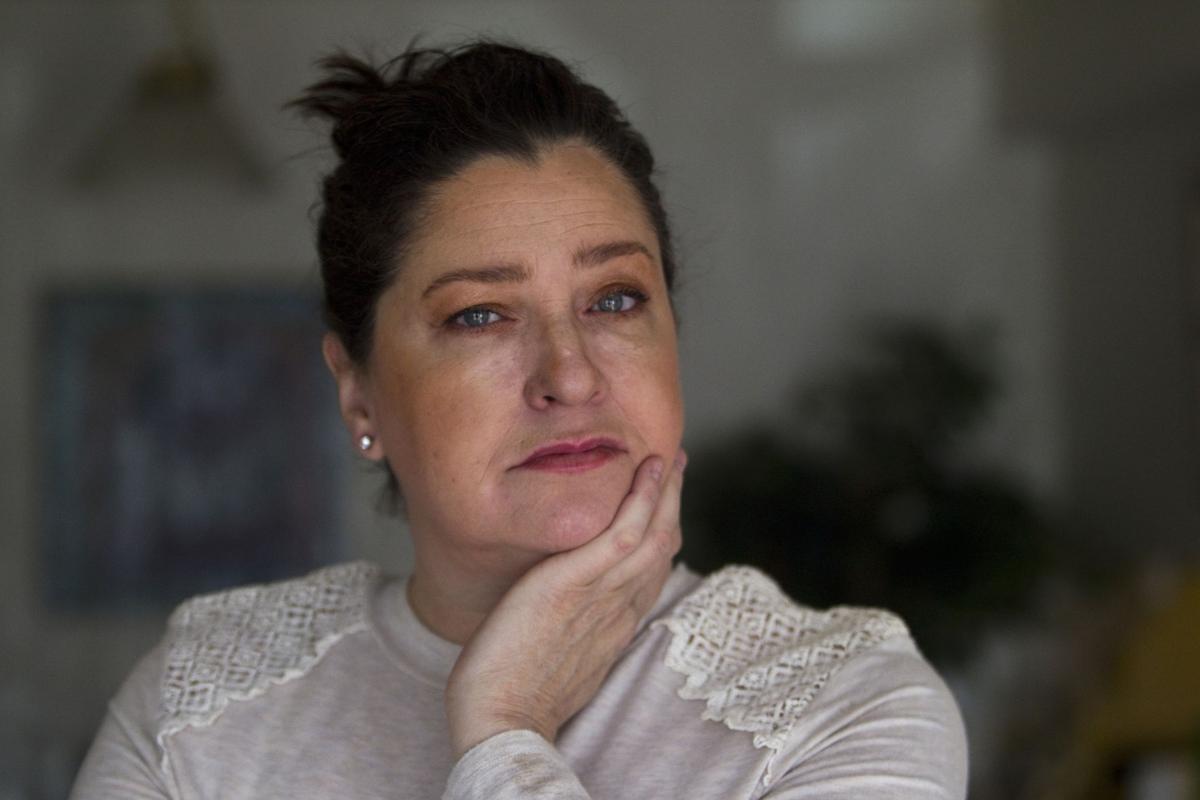 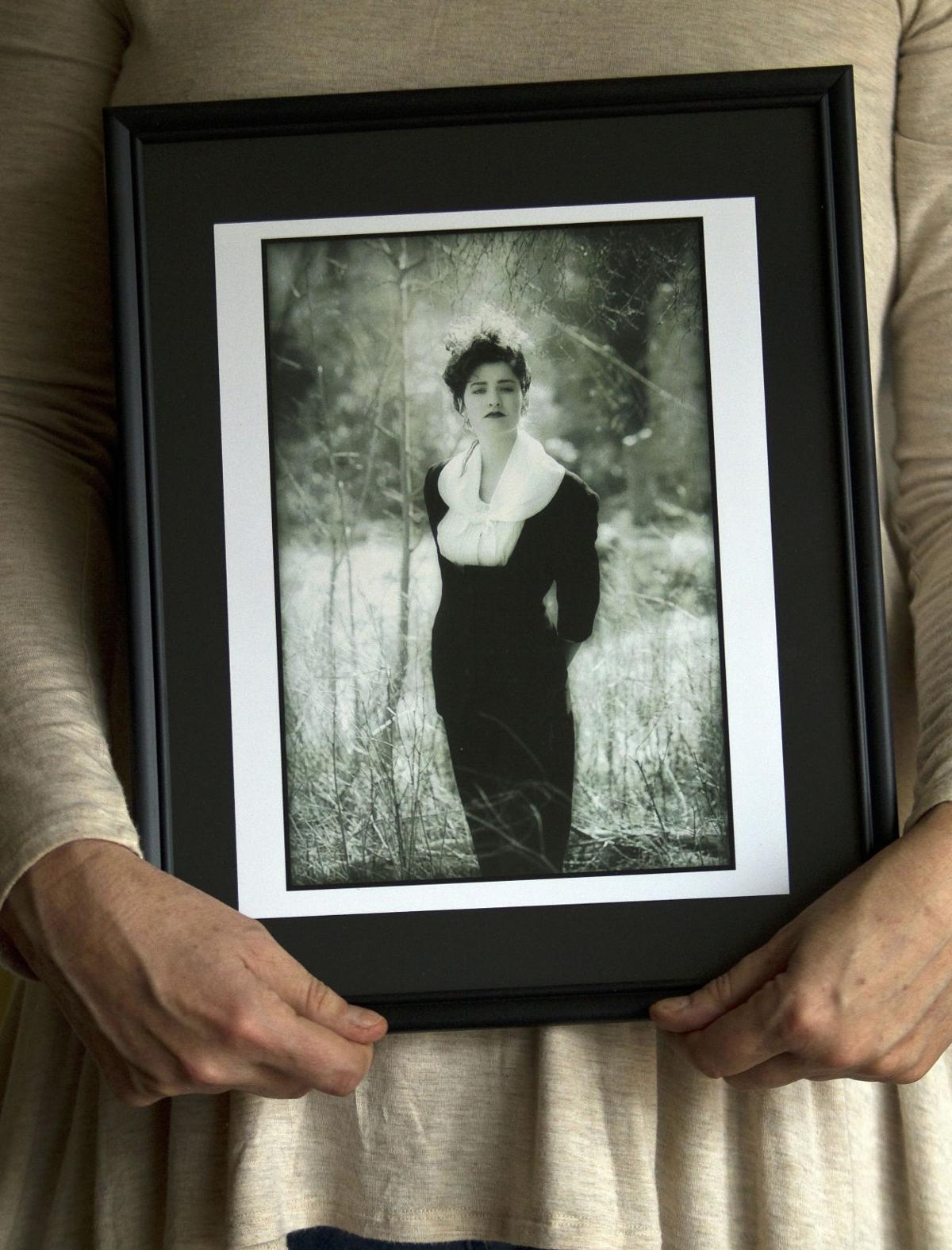 Sarah Hammond holds a picture of herself from her days as a model.

Sarah Hammond holds a picture of herself from her days as a model.

TRAVERSE CITY — The bipolar beast made its first visit to Sarah Hammond 30 years ago. It took another 25 years to get an accurate diagnosis.

Her early episodes were relatively tame. She felt suicidal and didn’t know why. She was put on antidepressants.

More serious episodes followed. She went on impulse-fueled trips across the country, visiting countless emergency rooms on the way, plagued with the desire to kill herself.

She got arrested, once finding a paper clip while being booked into the Santa Rosa, Calif., jail. She sharpened it to a point on the concrete floor and began jabbing it into her arm, wiping the blood across her cell window.

“They all came running,” Hammond said. “They put me in this padded room with the suicide smock and gave me a shot.”

Then they sent her home.

A mental health crisis center would likely have given Hammond and countless others the help they needed.

A coalition of groups that include county and city law enforcement agencies, Northern Michigan Community Mental Health, Addiction Treatment Services, Goodwill Industries and more have been working to make such a center a reality in the Grand Traverse area.

The center envisioned for the community would have crisis stabilization services and inpatient beds in addition to a jail diversion program that would evaluate people for placement in the center or send them to a drug and alcohol treatment center.

Kate Dahlstrom sits on the boards of Before During and After Incarceration, which advocates for jail diversion programs, and the local chapter of the National Alliance on Mental Illness, which runs support groups for those with mental illness or their families.

Dahlstom and others from the group recently met with state Rep. Mary Whiteford, chair of the Michigan Department of Health and Human Services appropriations subcommittee, to ask for funding for the center.

Tom Bousamra, co-founder and president of BDAI, said the group also will seek grants. A Catholic deacon who has been doing jail ministry in Grand Traverse County for 35 years, Bousamra said the need for the center is clear.

He talks about one man with mental illness and substance use disorder who has been in jail more than 30 times. The man is ready for help, Bousamra said.

“Where’s the help up here in northern Michigan?” Bousamra said. “When mental illness is combined with substance abuse a deeper treatment is needed to really free people out of that.”

No estimate has yet been done on the cost of either building a center or rehabbing a building, but the group is looking at Traverse City- and Garfield Township-owned properties near the Commons and hopes for an in-kind donation of a site.

The group also is eyeing $18 million in American Rescue Plan dollars that will be given to Grand Traverse County and plans to make a presentation to the county board. A presentation will be made to Traverse City Commission at its meeting Monday.

“We definitely need it,” Dahlstrom said of the center. “Nobody can find a bed for their child or adult when they need help. Untreated mental illness generally just gets worse. Having the center is better for public safety and will diminish the cost of law enforcement.”

According to the MDHHS, the 18-county northern lower Michigan Region 7 has 32 licensed adult psychiatric beds — 17 at Munson Medical Center and 15 at Alpena General Hospital. There are no beds for children and adolescents.

The numbers leave an unmet need of 69 adult beds and 17 for children and teens in the region, according to the agency.

Leelanau County Sheriff Mike Borkovich was assaulted last year by a mentally unstable inmate who jammed his thumb into Borkovich’s eye socket, sliced his eye and left him with permanent vision loss. The man had previously been arrested 17 times for violent behavior and refused to take any medications.

Borkovich and others on the receiving end of people suffering from untreated mental illness who are warehoused in local jails are sounding the alarm.

A study by the Michigan Joint Task Force on Jail and Pretrial Incarceration found that jail populations tripled during the past last 40 years, even as crime rates dropped to a 50-year low.

Twenty three percent of people entering Michigan’s jails have a serious mental illness, the study found. In rural areas that number jumps to one in three.

Other studies suggest that up to 80 percent of people in jail have some history of mental illness. Many of them also have substance use disorder.

A Record-Eagle data collection effort that compiled 10 years of local jail death records from Michigan’s 83 counties showed suicide, by far, is the leading cause of death in local jails.

“I like it because it’s a different approach to solving community problems,” Barsheff said.

The original intent of jails was to keep the community safe and many who are now ending up in cells are not a danger to the public, he said.

The concept of a center has been talked about for a long time, but is still in its infancy, Barsheff said.

“This is a broader community problem that needs to be focused on,” Barsheff said. “It needs buy-in from the community.”

Barsheff said if county officials and board members evaluate their priorities and determine that mental health is important in the area, he would certainly support using county Rescue Plan money to build a crisis center.

“There’s an option they didn’t have before COVID,” Barsheff said.

In 2019 the jail implemented a program for inmates who need mental health services. A two-year contract with CMH was not renewed when the two entities could not agree on what type of services are needed. A study done in July found that the CMH program, which housed all participants in one six-man cell, did not reach enough inmates.

The jail is seeking a new provider and is getting ready to send out requests for proposals, Barsheff said.

ALTERNATIVESProsecutors have the discretion to recommend treatment for people who are mentally ill or have substance use disorder or both. But there aren’t enough beds.{/div}“We can make all the recommendations in the world, but unless there are people and infrastructure to support these recommendations these people fall by the wayside,” said Leelanau County Prosecutor Joseph T. Hubbell.

They are easily forgotten, marginalized and preyed on, he said.

“We treat our animals better than we sometimes treat our people who are mentally ill,” Hubbell said.

State legislation passed within the last year supports jail diversion and other justice system reforms, following recommendations from the study, but more needs to be done.

Dr. Michelle Kuster, who has medical contracts with jails in Benzie, Mason and Manistee counties, said jail often is the place where the first connection with people suffering from mental illness takes place.

They often get picked up for things like trespassing, drunk and disorderly behavior or for a probation violation from a previous charge.

“They’re in jail because they are not properly managed,” Kuster said. “There is just no crisis management of mental illness.”

Kuster supports establishing a crisis center that would be accessible 24/7, not just during bankers’ hours. She envisions a world where people with mental illness don’t bounce from crisis to crisis in an unending cycle that more often than not lands them in jail.

Her program aims to stabilize people who have been arrested and are in crisis or are going through drug or alcohol withdrawal. It is only after a person is calm that she can talk to them, get a medical history and begin to manage their care.

Kuster also runs Connexion Point, which provides follow-up care for addicts getting out of jail. They are seen every day until they are stable, with care including counseling and medication assisted treatment to transition them into recovery and peer support, with groups meeting regularly at Kuster’s Ludington medical clinic.

It’s a model she thinks would also work for people with mental illness.

“We have to offer more,” Kuster said. “We have to be caring and compassionate towards these people.”

Hammond’s history is a messy timeline that veers from minor episodes to complete breakdowns.

Even after six years of stability it’s hard to talk about. She has trouble with the retelling as the details are fuzzy.

She doesn’t fully understand it and she doesn’t want to remember it all.

“I just needed help and they didn’t see that,” Hammond said.

TRAVERSE CITY — Michigan may have closed many of its state-run asylums during the past several decades, but the doors are still slamming shut …