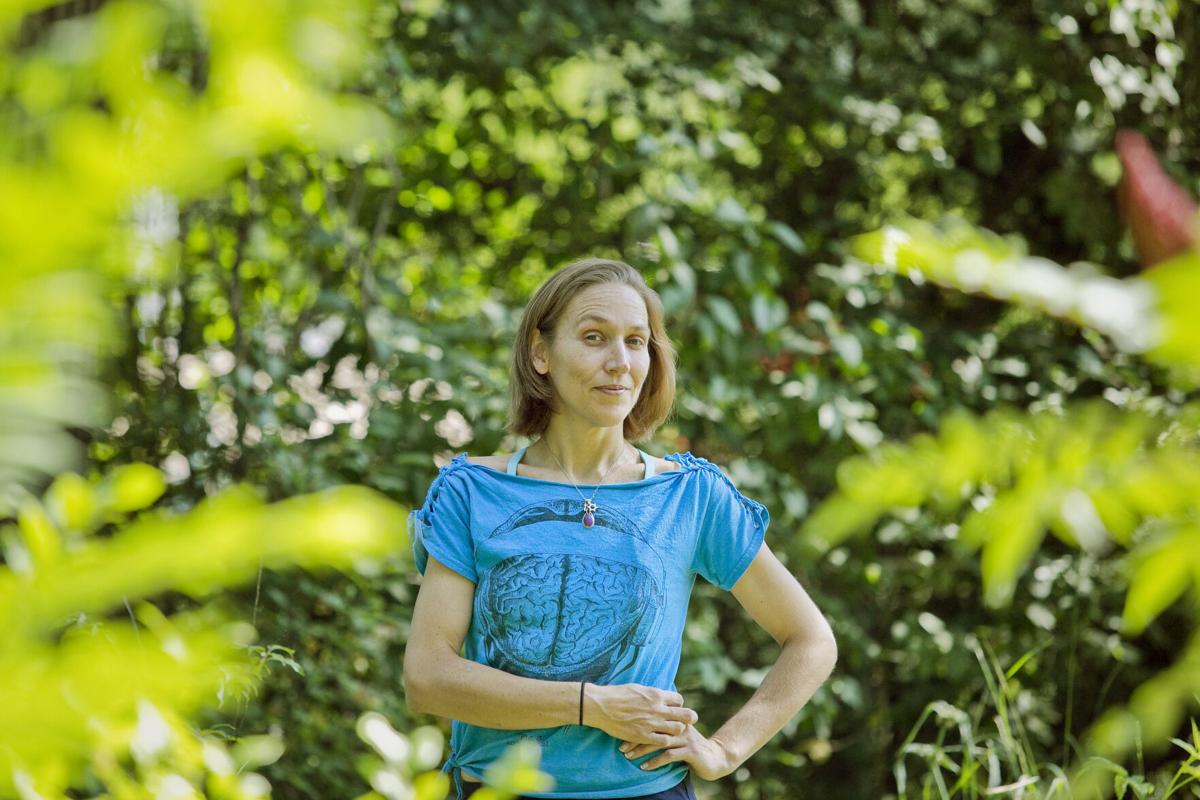 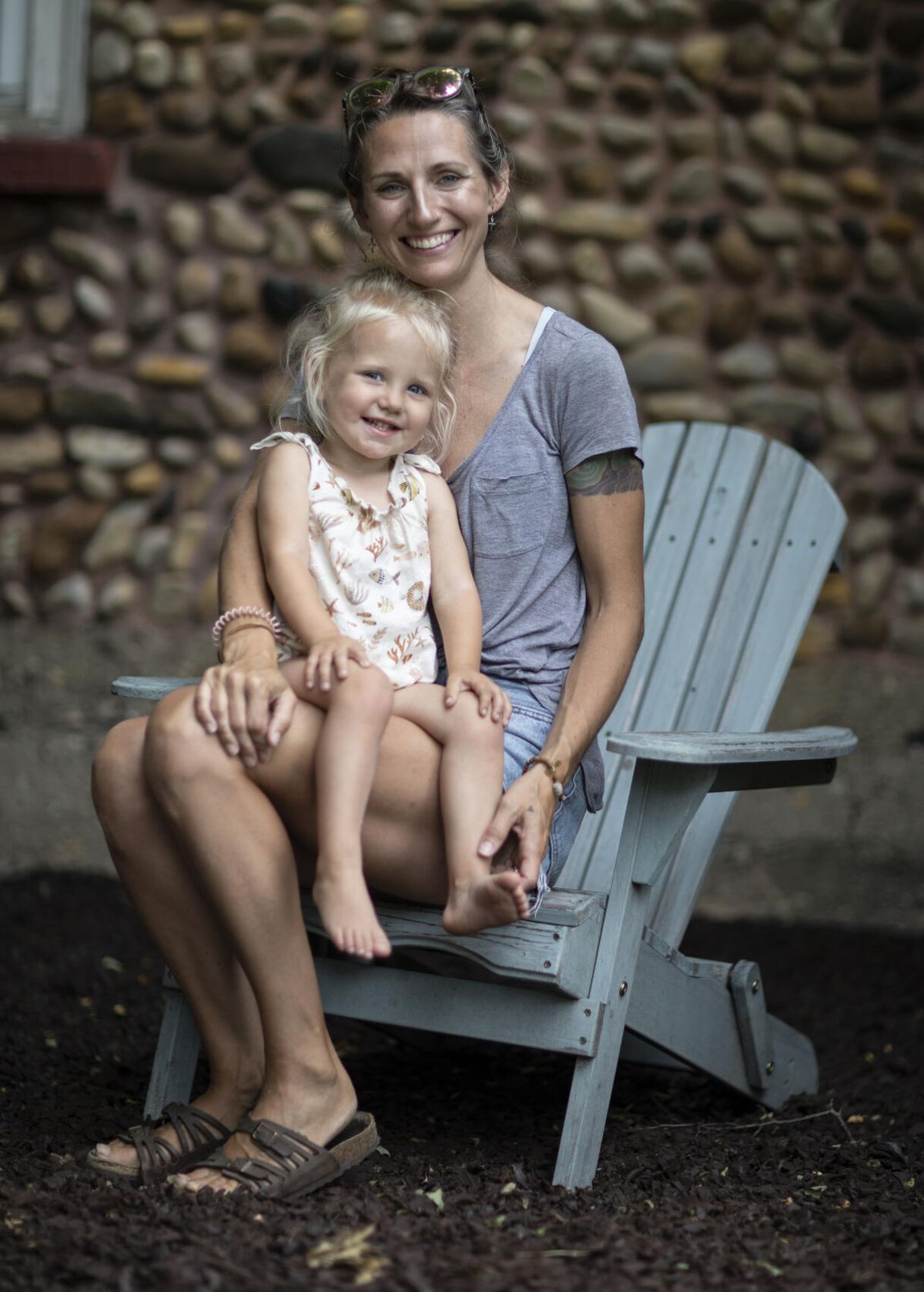 Taylor and Perrin, 2, Webb pose for a portrait at their home in Elk Rapids on July 23.

Taylor and Perrin, 2, Webb pose for a portrait at their home in Elk Rapids on July 23.

TRAVERSE CITY — After Taylor Webb gave birth to her first child, she worked with the Munson Medical Center billing department to sort out a $4,000 hospital bill, paying close to half of it up front and agreeing with a billing agent to pay the rest in installments of $101.

But nine months after giving birth, Webb walked to her mailbox to find she’d been served a court summons. Apparently, she’d paid on only a portion of her bills from the childbirth, she said. The billing agents who confirmed her payment plan hadn’t explained the distinction and, without warning, the hospital passed her debt to an interstate collections agency, tacking on fees for the transfer and adding the frustration of being sued to her early months as a mother.

For the past several years, one of the most common plaintiffs to sue in Grand Traverse County civil court has been Munson Medical Center, the nonprofit hospital located in Traverse City that serves as the center point for Munson Healthcare’s network of nine community hospitals.

In the past three years, Munson issued hundreds of lawsuits to patients of all stripes, suing for debts as small as $190, to debts as large as $126,000. In some cases, billing methods frustrated patients who say they were sued despite being on a payment plan, or that the hospital failed to bill them at all before outsourcing their debt to collections. The hospital also continued to sue patients throughout the pandemic, even as the nonprofit received federal aid.

Since January of 2018, Munson has won 361 judgments worth more than $2.3 million against patients who couldn’t or wouldn’t pay medical bills. The number of actual lawsuits the hospital issued — which would include cases dismissed by the courts — is substantially larger.

In a majority of cases, a collections agency representing the hospital won the right to garnish paychecks, allowing the hospital to periodically divert up to 25 percent of a former patient’s paycheck. Sometimes, the agency garnished state tax returns.

In exactly 100 other cases the hospital placed liens on patients’ homes. Liens are legal claims that can be placed against a debtor’s assets to make sure the debt they owe is repaid.

The hospital sued auto engineers, restaurant owners, real estate agents and corrections workers. The hospital sued patients crowdfunding their medical expenses online. In one case Munson sued a former employee, leading lawyers to issue a garnishment on paychecks issued by the hospital itself.

More often than not, the debtors were nonprofit hospitals suing for small claims, according to research conducted by Johns Hopkins University, which looked at hospital debt collection in Texas. The study found hospitals sued patients for slivers of their total revenue, and often sued in counties where large portions of residents lived below the poverty line.

“The thing is, these aren’t rich people who aren’t trying to pay their bills,” Christi Walsh, one of the study’s lead authors, told NPR. “I’ve been on the ground in the courthouses. These are people who don’t have the money to pay it.”

Webb said she didn’t know she’d had a problem with Munson, given that she’d paid half of her bill up front and set up a payment plan for the remaining $2,300. She said the suit felt unethical, and like the hospital had no patience for her.

“I don’t have $2,000 just to throw at somebody,” said Webb, who works at Bay View Bar and Grill and lives in Elk Rapids. “These people are expecting you to pay the whole medical bill, otherwise you’re tied to them forever.”

In 2017, Munson sued Sharen Choate, a home health worker who underwent a series of mammograms. Choate, who is uninsured, said she was told repeatedly that the X-rays she was receiving were covered by a local nonprofit. In 2019, the hospital sued her again for a series of outstanding physical therapy visits. Choate said she called the billing department several times to sort out the charges — instead of a response she received a summons.

“I couldn’t get a call back,” Choate said. “I was prepared to start making a payment right then and there. I know I owe money. I’m willing to pay.”

A year before, Munson sued Brett Bilak, weeks after the birth of her first son. The hospital won a judgment for a little more than $1,300, and attempted to garnish her wages as well.

Coincidentally, at the time of her pregnancy, Bilak worked in Munson’s billing department, in the division which litigates no-fault claims with auto insurance companies.

But after working there for years, she said she had to leave to take care of her newborn. The garnishment issued against her wound up naming Munson as her employer. Bilak said she’s not sure how, or if, the debt was ever collected.

“It definitely feels very callous,” said Bilak, who went off her insurance when she left her job. “Really it’s the poor people that they’re suing.”

Bilak said while the hospital does a good job of trying to shield people from crushing debts, it slips when it comes to small claims.

Civil suits tack on fees to the original debt, which can add several hundred dollars that must be paid by the patient. In her case, the suit added $158.

“On the small bills, they’re pretty much pushing it off to a company that gets money on the dollar to get that money. Munson is paying them for results,” Bilak said. “That’s how that company makes their profits.”

A spokesperson for Munson Medical Center, Brian Lawson, said significantly less than 1 percent of bills end up in a lawsuit. Litigation exists as a last recourse for rare cases in which patients don’t collaborate or don’t respond, he said.

“Munson Healthcare believes in working with patients, including those who are uninsured, under-insured or low-income, to discuss payment plans and financial-assistance options suited to their financial circumstances,” Lawson said.

For a majority of its debts, Munson outsources collections to an interstate firm called Velo Law, which is based in Michigan but has outposts in several other states.

In many cases, Velo won court judgments against non-paying patients, which allowed them garnish wages involuntarily.

Velo Law is named in a number of complaints in the Consumer Financial Protection Bureau’s database. All allege aggravating interactions with Velo. One complainant detailed how Velo tacked on almost $400 in court fees. “For a $610 debt I have paid $1,000,” the complainant alleged. “I paid the debt almost twice.”

“What’s the point of garnishing someone who’s unemployed?” Renner said. “It’s about the people who don’t try to pay their bills.”

Renner also detailed a laundry list of steps that agencies take before going to court, including numerous phone calls and letters. He said both Velo and Munson added restrictions to their collections process during the worst of COVID-19.

But filing dates from Grand Traverse County’s 86th District Court records show the pandemic did not stop the hospital’s collections process. Munson Medical Center won at least 94 garnishment decisions since mid-March of 2020. In 2020, the number of garnishments won nearly doubled from the year before.

It’s not clear how Munson’s bill collection activity compares to that of other hospitals in the region. In northern Michigan, many county court record-keeping systems are not yet digitized, and the Record-Eagle has only aggregated data from cases filed in Grand Traverse County’s 86th District and 13th Circuit courts.

Renner, who works with other hospitals in the state, said Munson’s collections were on “the middle-to-low” side of the scale, when compared to hospitals in Detroit.

Still, the data offer a look at one of the largest medical care providers in northern Michigan. Munson Medical Center is a part of Munson Healthcare, a larger hospital network that runs eight other hospitals across several counties. It’s Traverse City location often receives referrals from satellite hospitals for more complex medical procedures.

In recent years, Munson has been largely financially successful. It records year-over-year profits and sits on $630 million in assets. Since 2016, the hospital has grown its endowment by $100 million, according to publicly available financial records.

Contained in its financial filings, the hospital tells the IRS that it accepts all patients, regardless of an ability to pay.

Today, Taylor Webb splits her days between shifts at the restaurant and caring for her now 2-year-old. Nobody likes getting sued, but dealing with a collections lawyer in her first months as a mother left a particularly bad taste in her mouth.

“Your life changes on a whole different axis,” Webb said. “These people were unwilling to help.”

Did you get hit by a puzzling medical bill or court summons? The Record-Eagle is committed to reporting on the hospitals that care for our readers. You can help us report by telling us your story. Reach out by email at renewsroom@record-eagle.com or by phone at 203-543-1094.