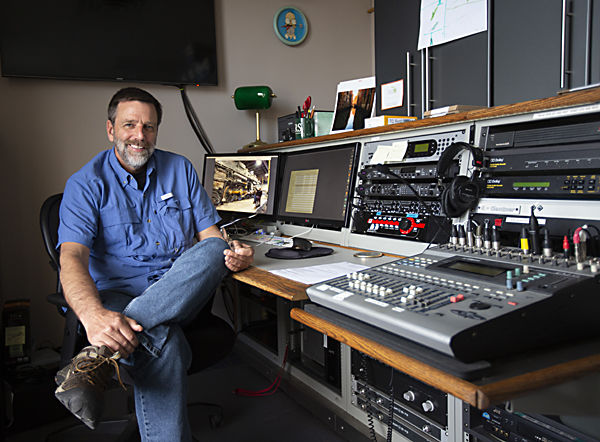 Rich Bauer poses for a portrait on Tuesday, June 18, 2019, at his studio, in downtown Traverse City. 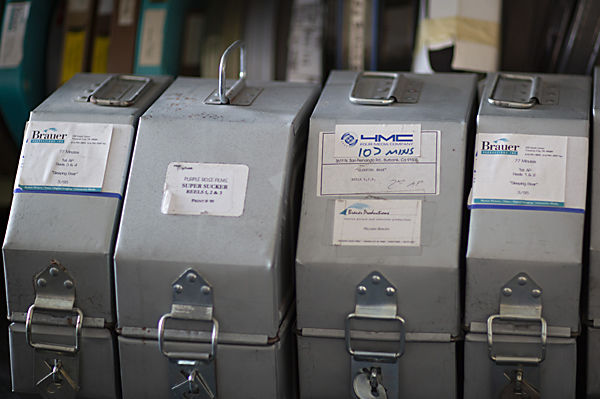 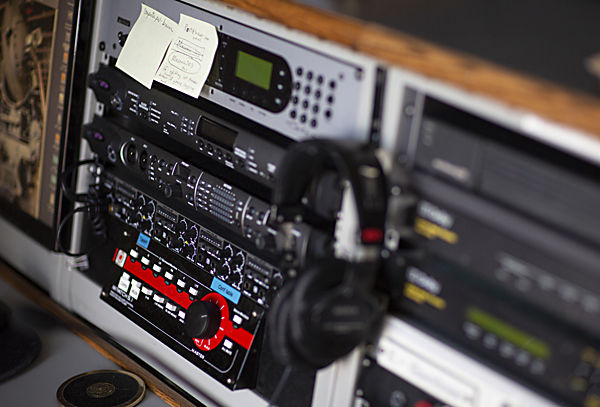 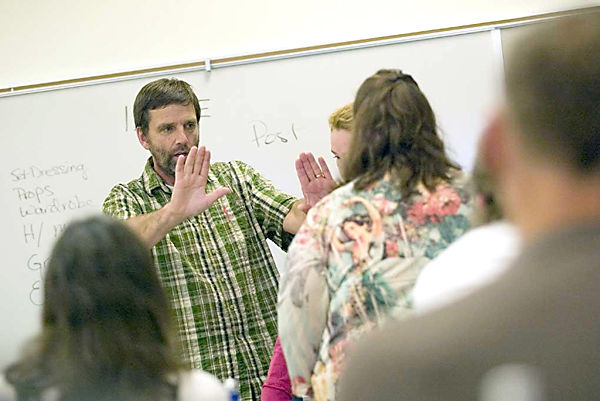 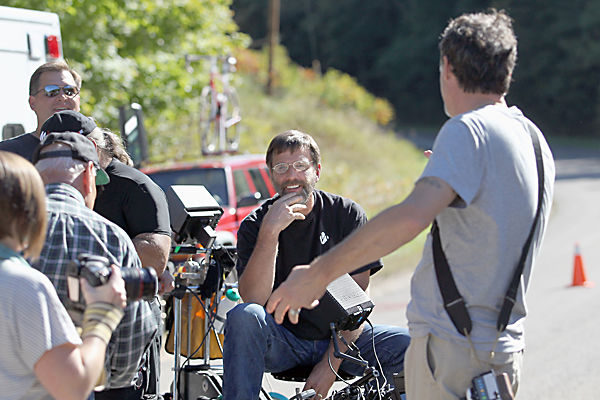 Record-Eagle/Jan-Michael Stump Filmmaker Rich Brauer, center, and first assistant camera Henry Joy joke around between shooting scenes for "Dogman 2: Wrath of the Litter," on Narrow Gauge Road near Beulah in 2013. The movie is a sequel to 2012's "Dogman," about a legendary northern Michigan beast. 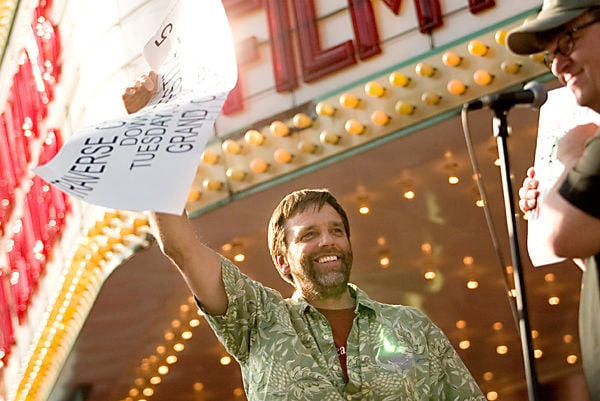 Traverse City filmmaker Rich Brauer tears the ceremonial first ticket after being presented the Michigan Filmmaker Award at the opening cermonies of the fifth annual Traverse City Film Festival outside the State Theatre in 2009.

Rich Bauer poses for a portrait on Tuesday, June 18, 2019, at his studio, in downtown Traverse City.

Record-Eagle/Jan-Michael Stump Filmmaker Rich Brauer, center, and first assistant camera Henry Joy joke around between shooting scenes for "Dogman 2: Wrath of the Litter," on Narrow Gauge Road near Beulah in 2013. The movie is a sequel to 2012's "Dogman," about a legendary northern Michigan beast.

Traverse City filmmaker Rich Brauer tears the ceremonial first ticket after being presented the Michigan Filmmaker Award at the opening cermonies of the fifth annual Traverse City Film Festival outside the State Theatre in 2009.

TRAVERSE CITY — Rich Brauer isn’t one of those people who is counting down the days until he can retire.

In fact, the Traverse City-based filmmaker and producer is knee deep in the planning of his next film.

“After 42 years I’m not interested in retirement, golfing or going to Florida,” said Brauer from his office in downtown Traverse City. Instead, he plans to make movies for as long as he is able.

“I love the collaboration. Nothing is more rewarding than bringing a team of technicians and artists together for one common goal,” Brauer said. “It’s worth all the work to see something that brings people together from all over the country to do something super-cool that outlives us all.”

Brauer founded Brauer Productions, Inc., an independent film production company, in 1977. For more than 20 years it was housed in a refurbished home on the corner of 9th and Union Streets. But as fewer clients required his services, he decided to downsize to his current office suite.

Over the decades, commercial work has been Brauer’s bread and butter. He has directed hundreds of corporate, nonprofit, educational and commercial projects. But technological advances like smartphones with built-in cameras opened up a world of possibilities for aspiring filmmakers and nearly made businesses like Brauer’s obsolete.

“A high school class can produce a video and it costs the client nothing,” he said, adding that another thing that’s changed about the industry is the need for a big building with staff.

“We used to cook lunches when the client would come to watch their videos,” he reminisced. “We’d have tablecloths, wine, a baked chicken and vegetables and we’d sit and watch a 15-minute video and talk about it. I loved the respect then. I loved how it mattered.”

“I knew people loved the first one and it wasn’t until I was asked to do another that I thought about it,” he said.

Brauer tried to fund the film with a $175,000 Kickstarter campaign, but fell short of the goal. He’s decided to go ahead with it anyway because so many people said they would still donate.

Now the producer finds himself doing what his staff once did: tasks like outlining the production schedule, finding resources and props, and lining up meals and lodging. But he doesn’t mind.

“It’s a labor of love, I can’t not do this picture,” he said. “This movie has to happen because the people who love the original movie feel like family to me.”

“That was when people showed up in town,” Brauer recalled. “Clint Eastwood shot “Gran Torino.” It was a wonderful idea.”

Michigan’s treasury didn’t see a return on the investment and decided the money could be better used to fix roads. It nixed the film credit ve program in 2015.

Brauer feels it was a shortsighted decision.

“It was working, people were making a green artistic career of science tech and industry. Our youth were staying in the state, buying houses and having kids.”

Since then, he said, the film industry has moved on to other states with incentives like Louisiana and Georgia.

When the Traverse City Film Festival came to town 14 years ago Brauer, who was a pioneer in the local film field, was thrilled.

“I thought I’m not alone here, there’s a whole town that kinda likes the idea of making movies,” said the filmmaker, who received the festival’s 2009 Michigan Filmmaker of the Year award. “I’d never seen that kind of enthusiasm before. I was kind of overjoyed.”

Brauer has volunteered with the festival but has never been involved in its management. He’s also a big proponent of local filmmaking.

He sits on the advisory board for TBAISD Career Tech Center’s Film and New Media program and recently produced a short film for Project Cinema MI, a nonprofit community filmmaking project.

When “Frozen Stupid 2” wraps later this year, Brauer has another script ready to go. He wrote it during a two-week stay as artist-in-residence in the Porcupine Mountains Wilderness State Park in July 2017.

“I look forward to making this movie and the one after that, whatever it might be,” he said. “When I work on these movies and I see everyone looking at how we can make something better, it is just the best and it’s worth all the work to see that camaraderie.“