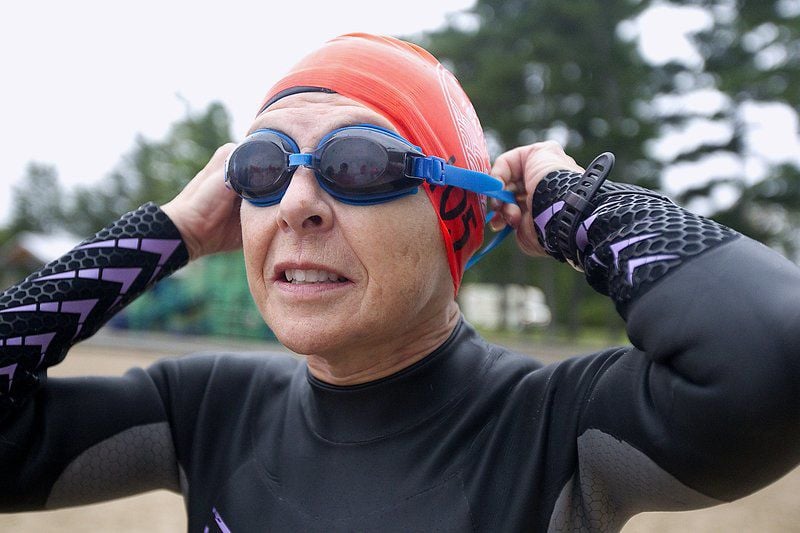 Jean Bolley adjusts her goggles before a Swim for Grand Traverse Bay. 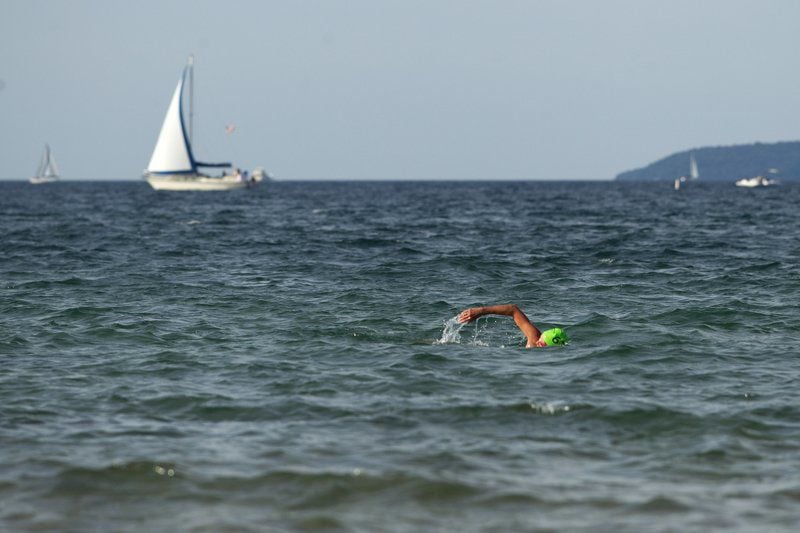 Swimmers head toward the finish of the Kids Swim for Grand Traverse Bay, a half-mile swim along the shore from Traverse City’s West End Beach to the volleyball courts. 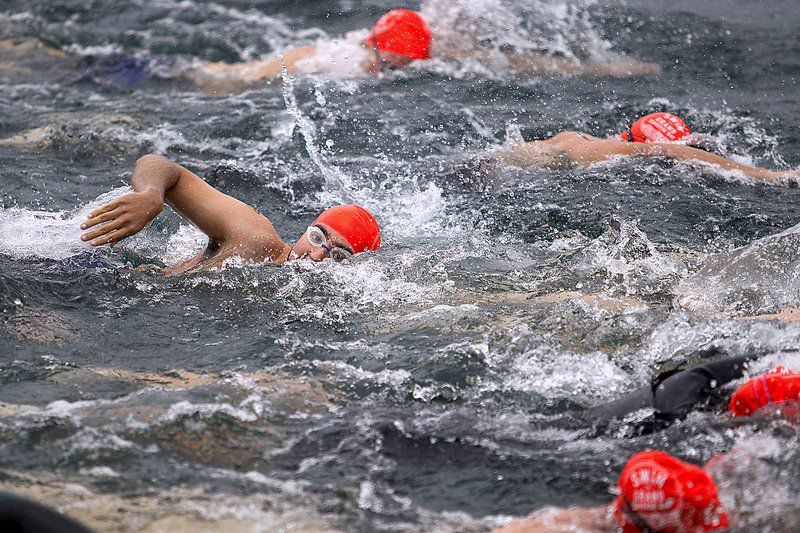 Jean Bolley adjusts her goggles before a Swim for Grand Traverse Bay.

Swimmers head toward the finish of the Kids Swim for Grand Traverse Bay, a half-mile swim along the shore from Traverse City’s West End Beach to the volleyball courts.

“I’ve always felt free in the water,” the Traverse City woman said. “I don’t remember not swimming — it’s always been something I loved.”

The longtime swimmer and 42-year-old mother of two carries a passion for long-distance, open-water challenges.

She’s swum through each of the past three Swim for Grand Traverse Bay races, and looks forward to marking a fourth this August.

The race runs bright and early on Aug. 10 and challenges participants to a 2-mile point-to-point dash beginning at Grielickville Harbor Park and ending at the West End Park Beach Volleyball Courts in Traverse City. It benefits the Watershed Center Grand Traverse Bay, an advocacy group working to protect the bay and its watershed.

A Kids Swim for Grand Traverse Bay joins the event on Aug. 9. Swimmers in the regular race must raise $150 for the cause to participate, but younger swimmers in the Aug. 9 race need just pay a registration fee.

“The effort of training for it and doing the event is the least I can do for the watershed center and the work they do,” Walter said.

The two-hour event is tailored to fit serious competitors, fairly casual swimmers and everyone in between, said Shelli DeFranco, race director and Watershed Center director of community engagement.

“We have people who finish in 45 minutes, people who get close to that two-hour mark,” she said. “The swim is really great for people looking for a timed athletic event and, this year, for people practicing for the Ironman.”

Others opt for challenges like the Mighty Mac Swim, an epic 4-mile swim each August across the Straits of Mackinac between Michigan’s Upper and Lower Peninsulas or, new to Traverse City this summer, the Ironman Triathlon.

Ironman races, held globally, consist of a 2.4-mile swim, a 112-mile bicycle ride and a 26-mile marathon, typically in that order.

“It’s really cool to see people who’ve dedicated themselves toward these swimming events, biking, running,” said Trevor Tkach, president and CEO of Traverse City Tourism, who worked with race representatives to bring the event to Traverse City. “It’s an event with a lot of energy and excitement around it.”

“It’s pretty remarkable that there’s that many people who can do that,” Tkach said. “It really fits who we are.”

It’s best to train before hitting the water for a 2- to 4-mile swim, Walter warns.

But it’s worth the effort.

“I love open water swimming — it’s very challenging, you never know what you’re getting into with the waves and wind,” she said. “You’re just out there, without much of a safety net. When you’re running, you can always stop.

Walter’s long considered tackling other swims, but for now sticks to her beloved bay.

She suggests anyone looking to take the challenge practice first. Such a swim requires built-up endurance and lung capacity.

Walter trains with a team of friends — indoors in the winter and, starting in June, in the chilly Grand Traverse Bay in wetsuits.

“It’s very different than swimming in a pool — you don’t have a wall, or a layline or anything to follow,” she said.

The friends don’t stick together during the race, but share support and encouragement — and prayers for good weather — before, during and after racetime.

Walter’s family always comes out to support her, too.

“For sure I’ve got some cheerleaders,” she said with a laugh.

DeFranco hopes to see a strong turnout for this year’s swim, which has grown steadily every year since its inception. Last year’s race drew about 110 participants.

“I encourage people to do it,” Walter said. “It’s unlike any other way to experience where we live.”