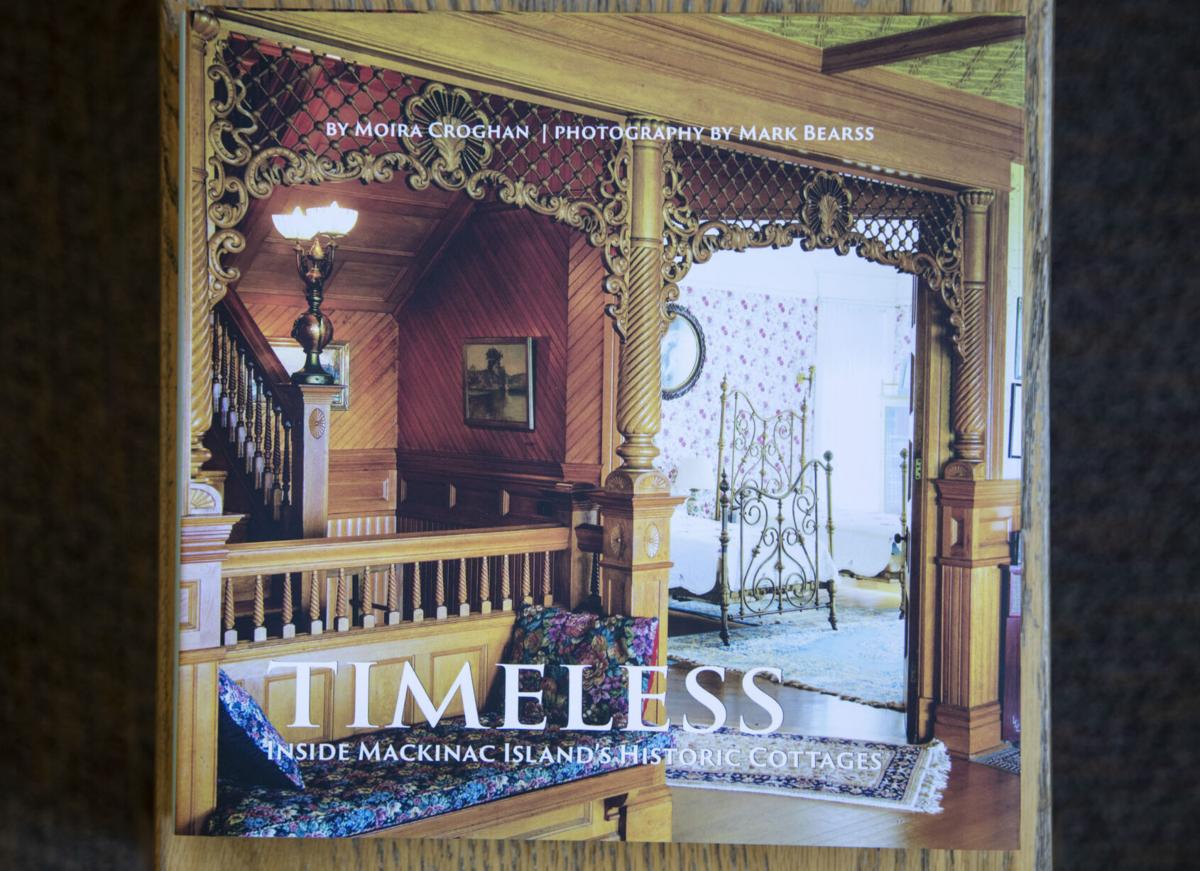 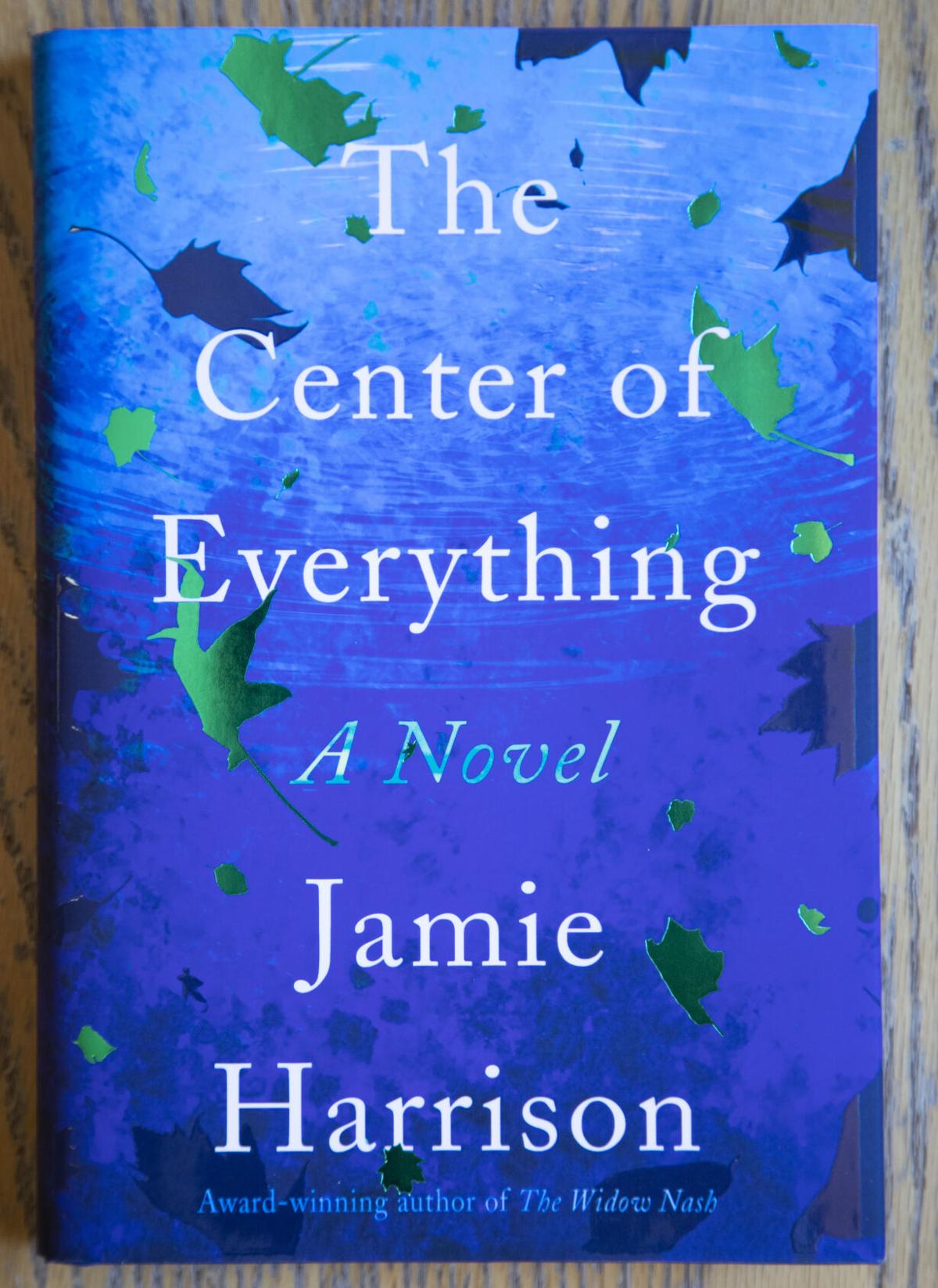 “The Center of Everything” by Jamie Harrison at Horizon Books in Traverse City on Wednesday, June 16.

“The Center of Everything” by Jamie Harrison at Horizon Books in Traverse City on Wednesday, June 16.

Step inside Mackinac Island’s timeless historic cottages. Mackinac Island is known as the jewel of the Great Lakes for its temperate summer climate, beautiful landscapes and rich history. One of the island’s truest treasures is its well-preserved collection of Victorian cottages. Stylistically, Mackinac’s historic cottages are a variety of designs, from Carpenter Gothic, to Shingle, Stick and Queen Anne. Some are simply a beautiful mix of styles that were designed and built using local materials and known approaches to constructions. The pages of “Timeless” will take you inside 33 of these homes, carefully preserved for future generations by the adventurous few willing and able to take on the stewardship of a home built more than a century ago.

This is a limited edition in celebration of the 10th anniversary release of Michigan’s beloved and official children’s book and comes with an animated CD with the story narrated by Jeff Daniels.

It started with a mother’s love ... fleeing from a forest fire, a mother bear urges her two cubs into the watery shelter of a vast body of water. Though it will be difficult, she knows if they can swim across to the opposite shore, they will be safe. With calls of encouragement and steadfast love, Mother Bear guides her cubs across the great lake, Lake Michigan. And the story of what happens once Mother Bear reaches the far shore becomes the legend behind the natural wonder known as Sleeping Bear Dune.

We have traveled here, sometimes for generations, and created memories of family vacations, weddings, canoe trips, campfires, and hikes. Some of us had family homes and farms that are now part of the Sleeping Bear Dunes National Lakeshore.

”Picture-Perfect Sleeping Bear” features the beauty of Sleeping Bear country, which has enchanted people for centuries. It highlights the fun-filled activities that bring people to visit here by the millions. It shows the area as it was when settlers came here to lumber and to farm. And, it explores how Sleeping Bear has been preserved and protected since the National Lakeshore was established 50 years ago.

On The Trails of Northern Michigan: A Guide for All Seasons

“On the Trails of Northern Michigan” is your passport to some of the best hiking trails found in the region, as reported by Mike Terrell in the Traverse City Record-Eagle. It covers a smorgasbord of trails found in state parks and and national forests, along Sleeping Bear National Lakeshore and throughout Grand Traverse Regional Land Conservancy, Leelanau Conservancy and Little Traverse Conservancy holdings. There’s a 70-plus collection of trails including some waterway river trails for kayaking and canoeing that covers all the seasons. Trails that lead you to some of the best spring wildflower displays in northern Michigan. Let it lead you to cool cathedrals of pine and old growth forests to hike under during summer’s heat. Hike to stunning windswept vistas of Lake Michigan, inland lakes, forests and river valleys. Find fall hikes that lead to colorful panoramas, and winter trails that take you on a hushed day trip through snow-covered forests and fields.

The Center of Everything

In this compelling family drama set against the dangerous beauty of the Yellowstone, Polly is still trying to get her life back on track after a recent accident, not always trusting reality.

For Polly, the town of Livingston, Montana, is a land charmed by natural beauty and a close network of family extending back generations. But a recent head injury has scattered her perception of the present, surfacing events from 30 years ago and half a country away. As Polly’s relatives arrive for a family reunion during the Fourth of July holiday, a beloved friend goes missing on the Yellowstone River, dredging up difficult memories for a family well acquainted with tragedy.

Authentico Foods Inc. has been a part of Detroit’s Mexicantown for more than 30 years, grown from a home kitchen business to a city block-long facility that supplies Mexican tortillas to restaurants throughout the Midwest. August Snow has been invited for a business meeting at Authentico Foods. Its owner, Ronaldo Ochoa, is dying, and is being blackmailed into selling the company to an anonymous entity. Worried about his employees, Ochoa wants August to buy it. August has no interest in running a tortilla empire, but he does want to know who’s threatening his neighborhood. Quickly, his investigation takes a devastating turn and he and his loved ones find themselves ensnared in a dangerous net of ruthless billionaire developers. August Snow must fight not only for his life, but for the soul of Mexicantown itself.

Beyond Beyond: A Lute Bapcat Mystery by Joseph Heywood

From the author of the popular “Woods Cop Mystery” series comes the next historical mystery thriller in the Lute Bapcat series. Lute Bapcat, one of Michigan first game wardens, and Pinkhus Zakov had been partners in the far northern counties of Michigan’s Upper Peninsula for years when in early 1917, Zakov suddenly disappeared. A year later, Bapcat and Jordy (now 18) get a summons to Marquette by former President Teddy Roosevelt. (Bapcat had served as a Roughrider with Roosevelt back in the day.) Roosevelt tells them that Zakov was sent to Russia by the U.S. government to find Russian Tsar Nicholas II, who abdicated and disappeared. Zakov went into Russia in April 1917 and had been feared dead, until an urgent message comes through a Swedish diplomat: Zakov wants Bapcat and Jordy sent to Russia to assist him. In the midst of the flu epidemic, a strange, Russian-born American marine major named Dodge is assigned to lead them into and across Russia until they locate Zakov. They dive deep into the heart of the Russian Fatherland as the Revolution of 1917 turns into a full out Civil War, with a level of chaos, random violence, and blood-letting far beyond Bapcat’s imagination.

Twelve years after a young woman’s family is killed by the mob, she orchestrates an ambitious revenge plot in Gruley’s action-packed novel.

Jubilee Rathman was just 17 when her parents and sister were murdered days after the Detroit Times ran a story implying that her father was a money launderer for the local mob. Former reporter Michaela “Mikey” Deming has carried the guilt for what happened to the Rathmans ever since. Twelve years after the hit, Jubilee lives behind protective walls on a private island in Purgatory Bay near Bleak Harbor, Michigan, where she has been remorselessly planning a complicated revenge scheme to punish all those she believes were involved in her family’s deaths. Bleak Harbor police chief Katya Malone, still reeling from her failure to find a kidnapped boy, leads the investigation. She’s determined to keep history from repeating, but Jubilee is more cunning than Malone can imagine. In Bleak Harbor, nothing is what it seems, and no one can be trusted. As an ominous end draws ever nearer, the women must face the misdeeds of the past to find the kidnapping victims before it’s too late.

Who buried Helen Lockwood in a shallow grave on South Manitou Island?

Helen Lockwood’s boat was found drifting off Sleeping Bear Dunes with no one aboard. A year later her body was found in a shallow grave on South Manitou Island. She’d been in court, fighting with the Park Service who had condemned her family’s four hundred-acre orchard to make it part of the new Sleeping Bear Dunes National Lakeshore. Burr Lafayette, her lawyer, had kept the Park Service at bay for seven years, with no end in sight. Until Helen disappeared.

After her body was found, her husband, Tommy, was arrested for her murder. It turns out that he’d been trying to sell the orchards to the Park Service ever since Helen went missing.The prosecutor has damning evidence and Tommy may not have been the perfect husband, but Helen had many enemies. Burr Lafayette takes up his defense. Burr is convinced there’s a clue somewhere in the dunes that will unlock the truth.