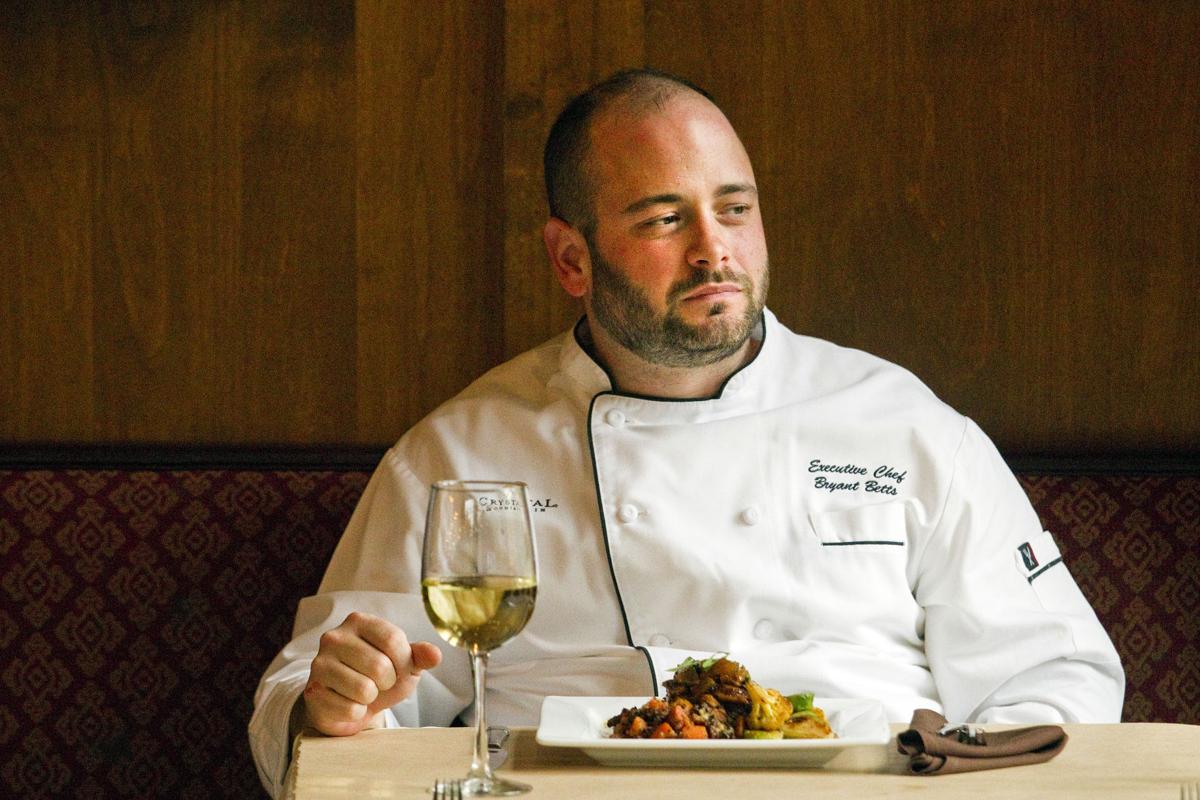 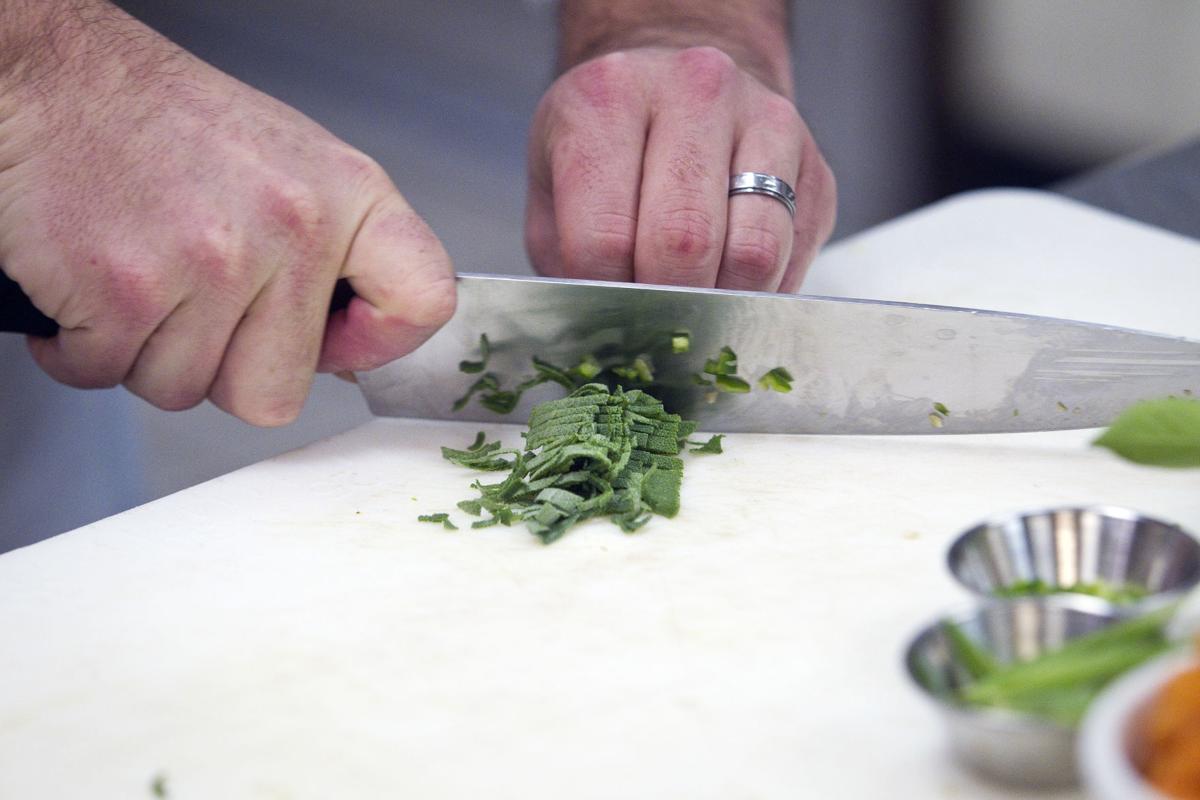 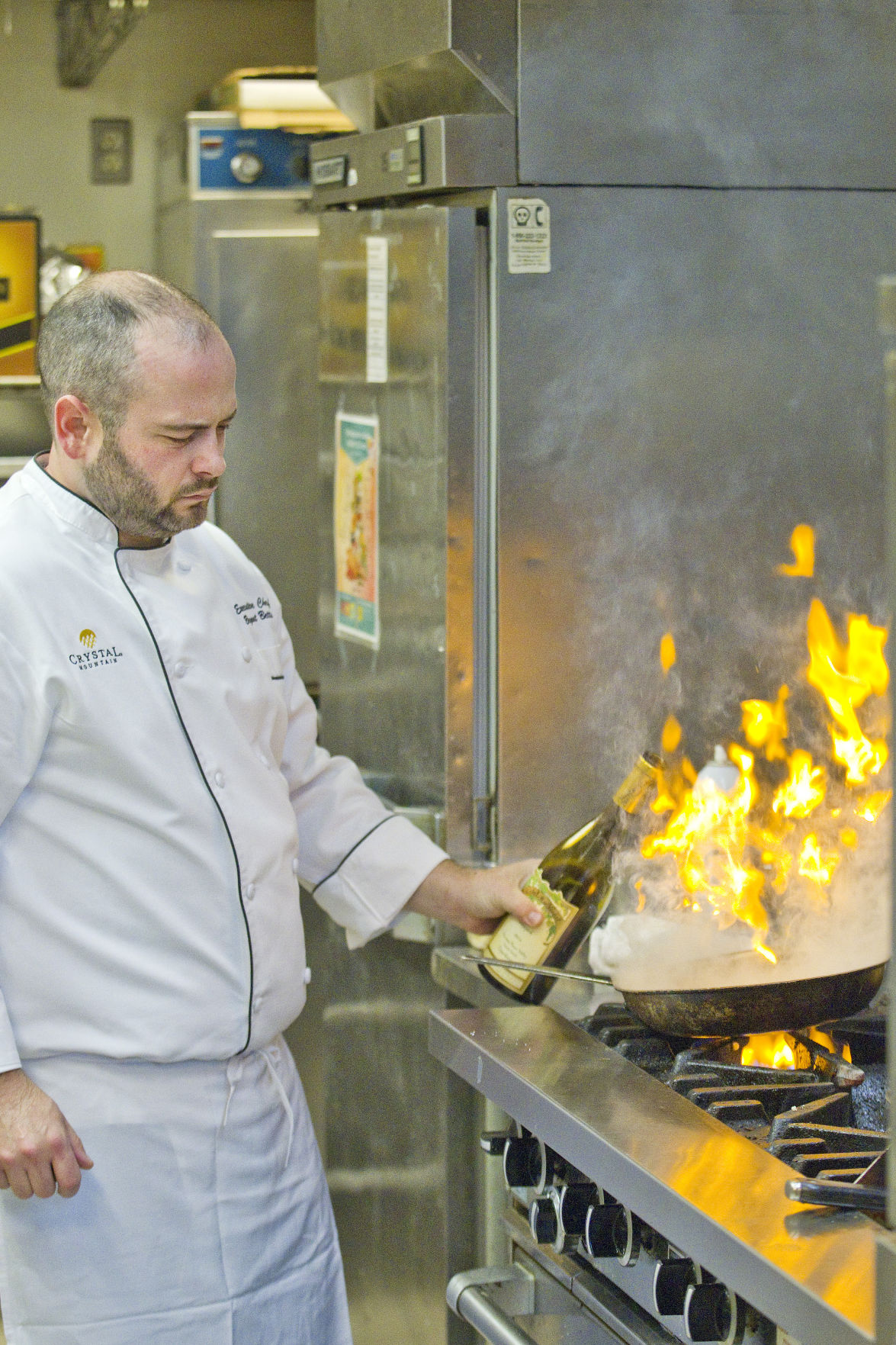 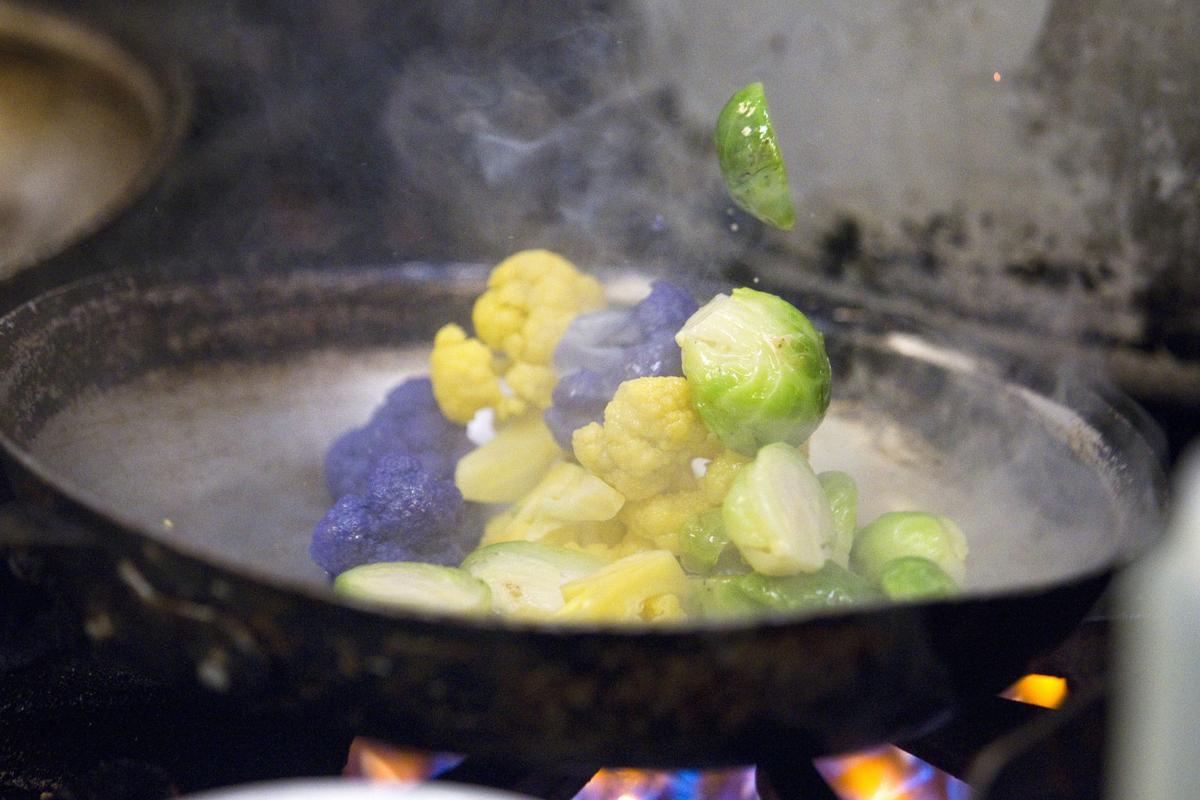 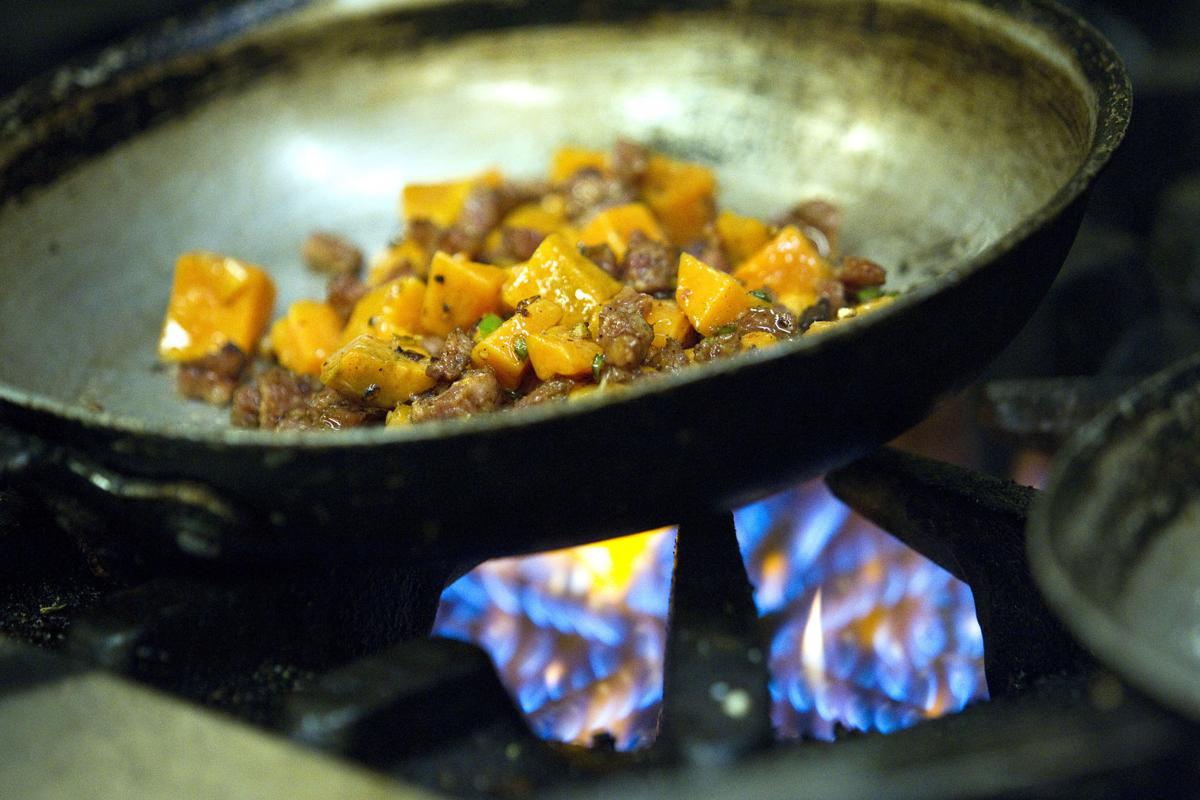 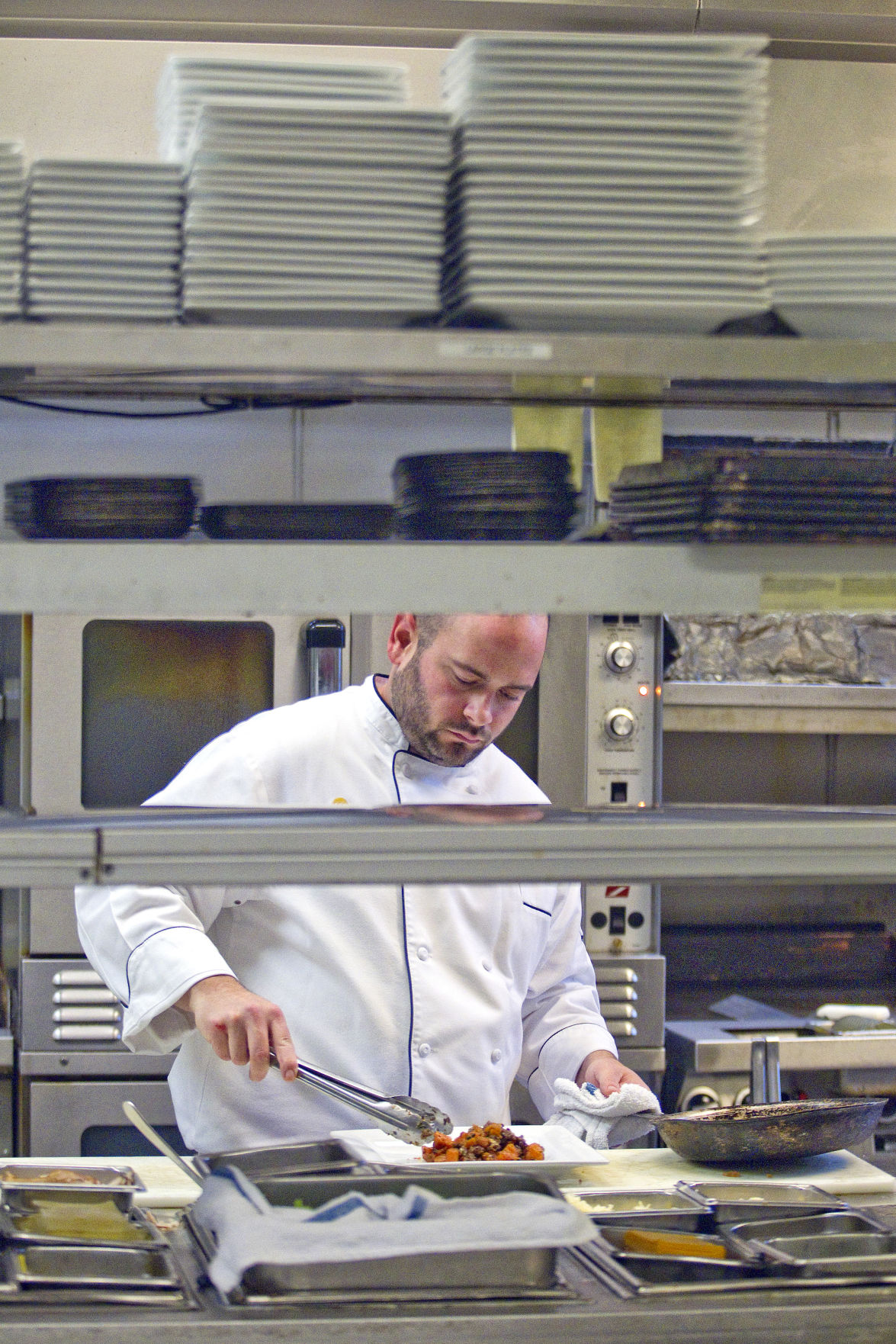 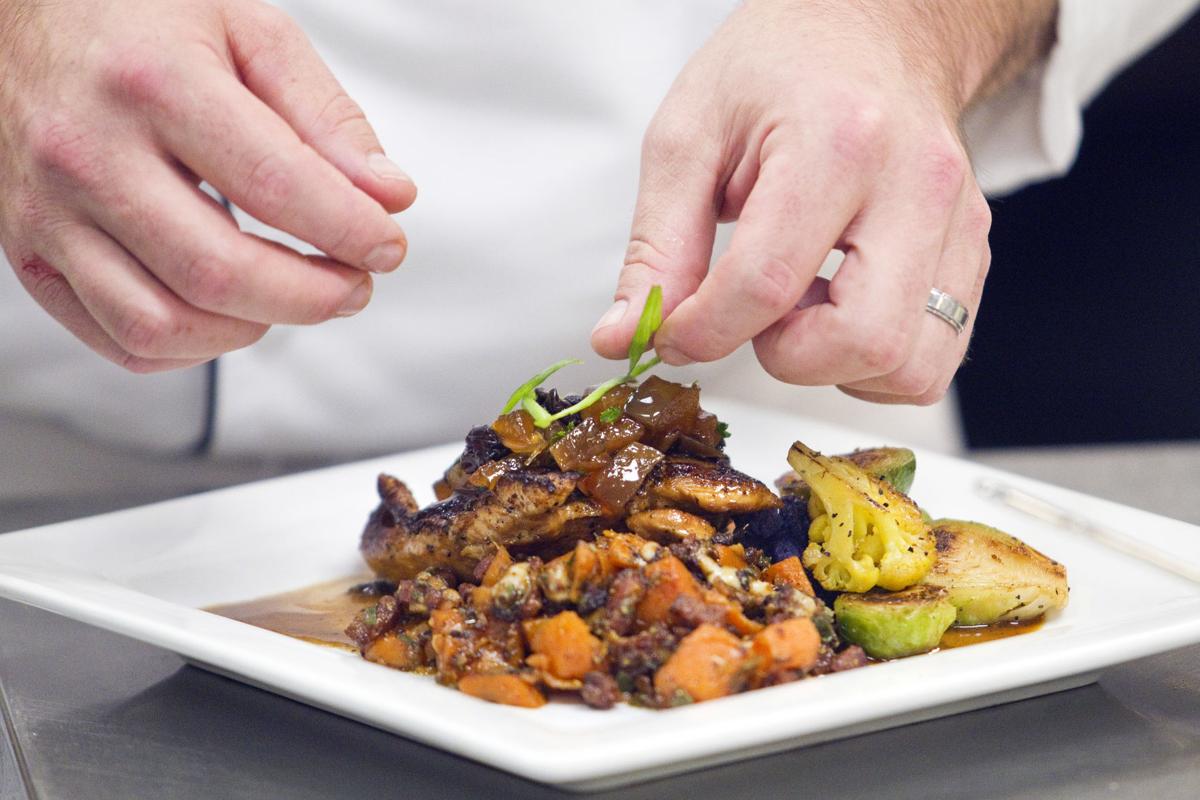 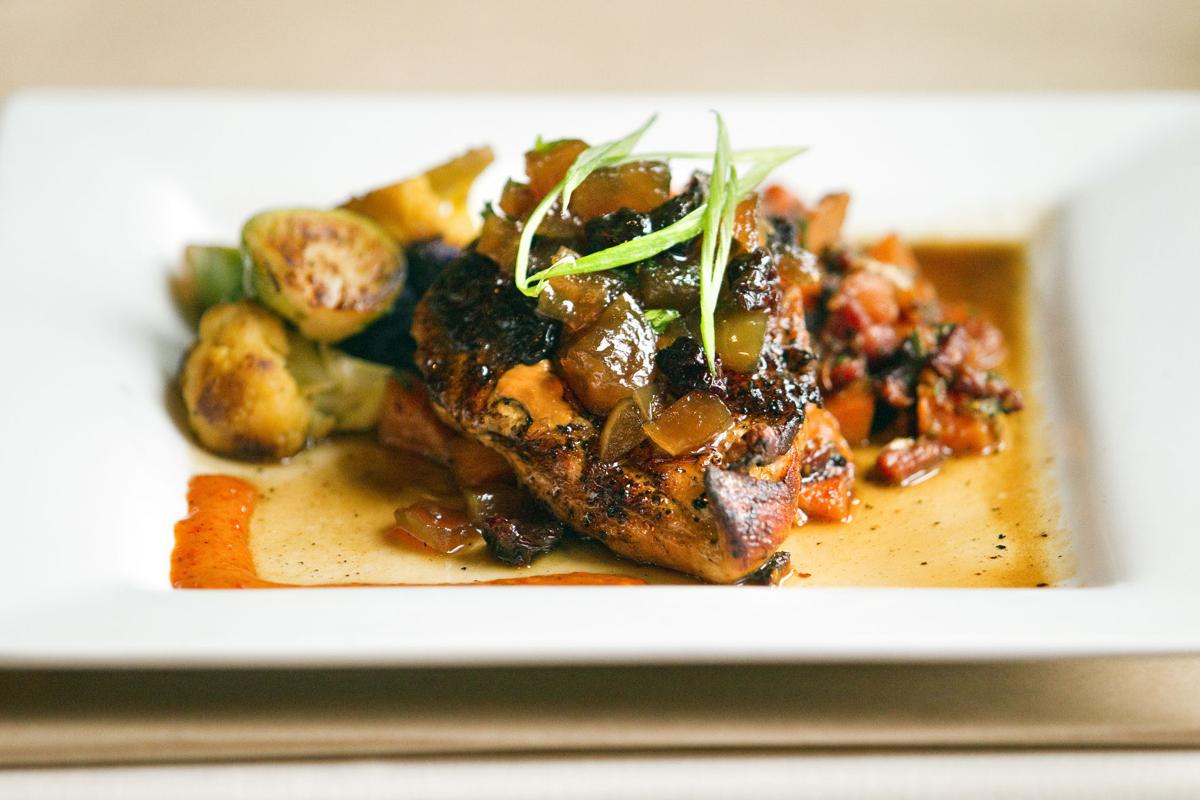 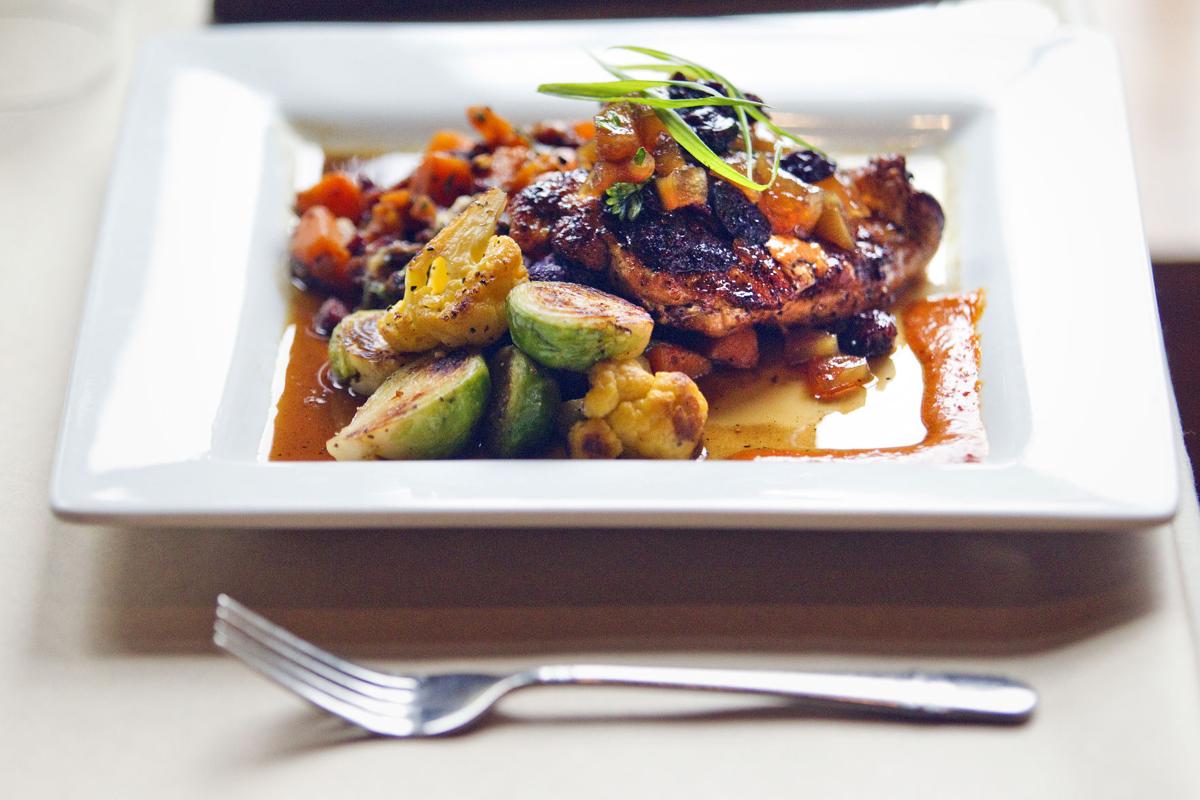 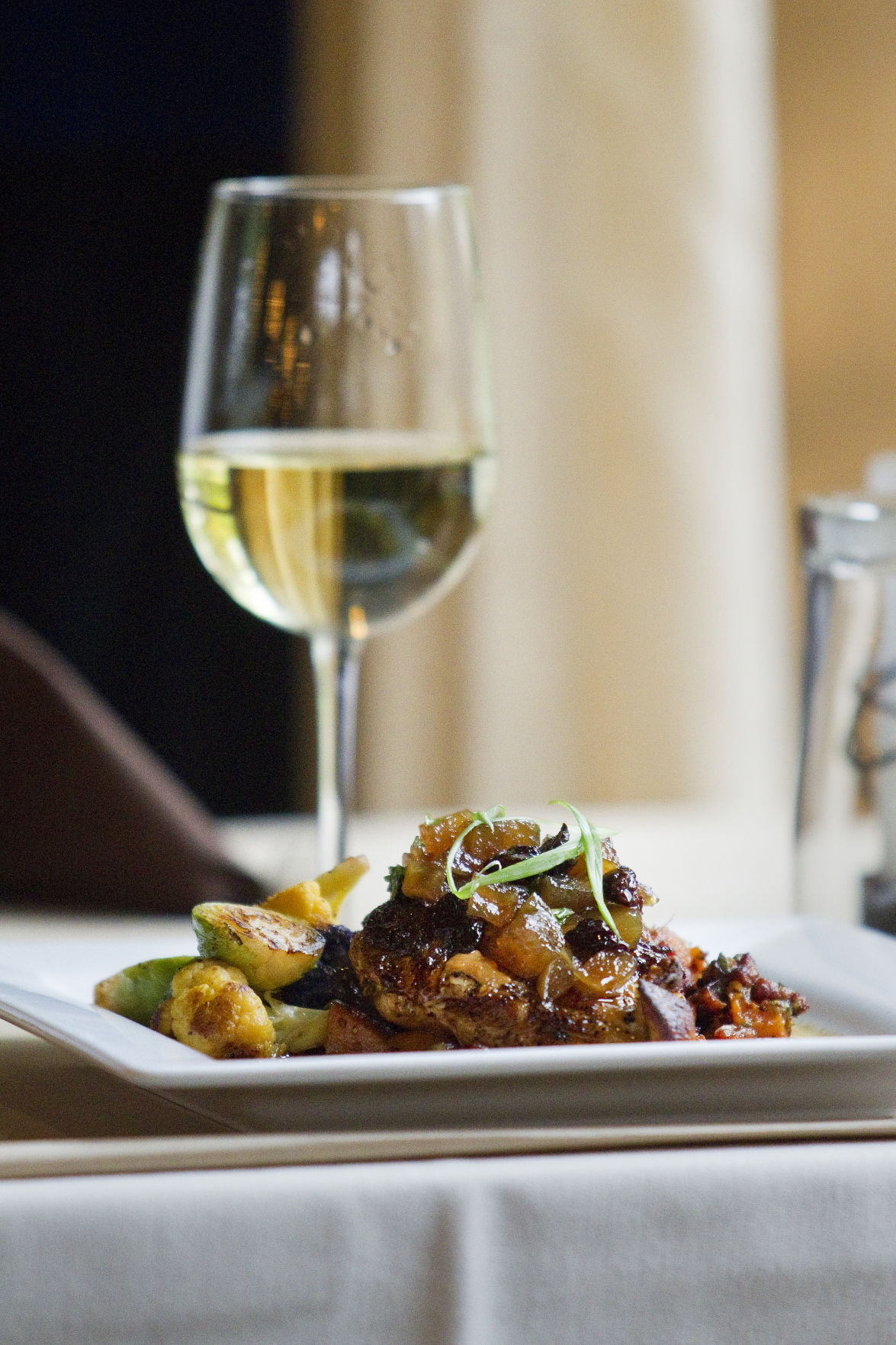 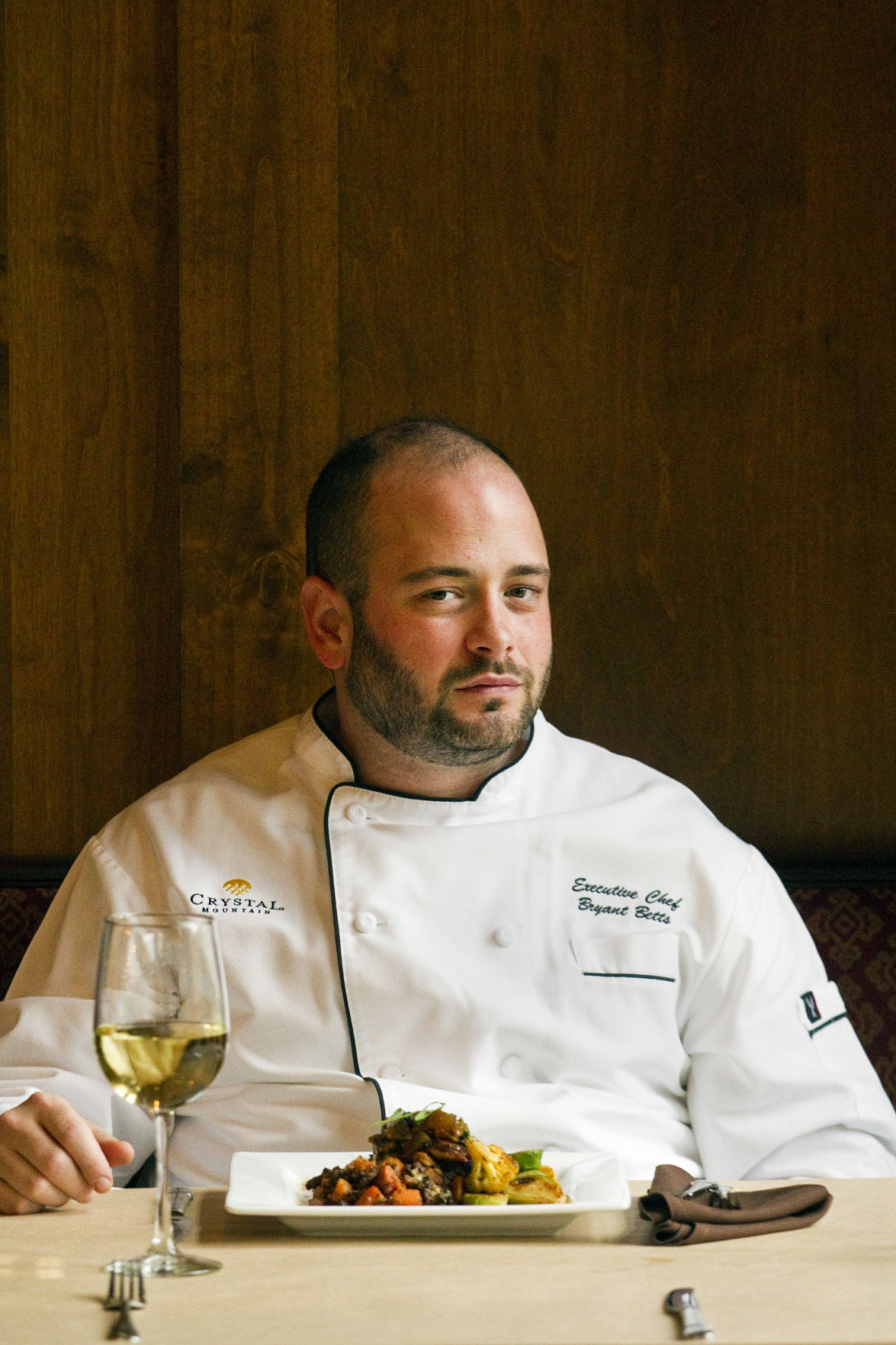 Born in: Alma, raised in Mt. Pleasant, moved to Mississippi at age 13

First break: I’ve had a love for food ever since I was a kid. Just ask my 93-year-old grandmother. I was always fascinated with hotels and hospitality and thought, why not put it together?

I was working at a restaurant at age 17 when the chef told me, ‘You’re doing well. Mississippi isn’t going to take you anywhere. Why not go to the big city?’ New Orleans was close, so I went there. My first job in New Orleans was cleaning the Super Bowl.

Culinary training and mentors: All of my culinary training was on the job. I have no formal training. My first real mentor was John Pinkstaff at the Fairmont Hotel in New Orleans. He took me under his wings (2003-05) and showed me the ropes. My other mentor was Hans Burtscher, executive chef at the Grand Hotel (2009-12). He taught me about different cultures and cuisine.

Impact of Hurricane Katrina on career: When Hurricane Katrina came in 2005, I was working at the Fairmont. I was new to the hurricane scene. Since I had the day off, I went home to my family home in Mississippi.

After I returned, I was out of work for months. The Fairmont (closed due to storm damage) paid employees for six months, even though we weren’t working. I lived just west of the French Quarter and spent time helping neighbors and friends in the community until I took a job at a steak house.

The Fairmont never reopened. It was repaired and opened as a Waldorf Astoria hotel. I ended up landing a position as executive sous chef at Le Pavillon (historic luxury hotel, 2005-08).

How arrived at Crystal Mountain Resort: I met my (now) wife outside Mt. Pleasant and then again in New Orleans and she wanted to be closer to family (in Michigan). I was offered two jobs in Michigan ... so I took the one at the Grand Hotel on Mackinac Island. I went from there to Crystal Mountain.

Key culinary philosophy: My philosophy is to use the best and freshest ingredients possible. We work with a lot of farmers. The local food movement is everywhere but is biggest in the Midwest. It’s demanded in Michigan. It’s not a trend — it’s necessary. Customers expect it and that’s a good thing.

How fearlessness influences work in the kitchen: You’ve got to go for it and do it. We have many challenges at Crystal. I’ve worked hand-in-hand with staff. You have to always be willing to do what is needed to make sure something gets done.

Favorite dishes: I’m a wild game man so venison is near the top of the list. For Thanksgiving I like a simple sage and sausage stuffing.

I enjoy playing with different flavors, trying new things, and putting a different take on things like a different twist with fish.

About the event: We’ve grown our Thanksgiving business since I started six years ago. We’re up from 350 to 800. A lot of people come back year after year. They recognize me and our staff, interact, and we enjoy the familiarity.

Favorite thing about job: I enjoy the camaraderie in the kitchen, the atmosphere and being able to teach people new things. I definitely enjoy the cooking aspect.

Best professional memory: I was working at the Fairmont when there was a charity benefit at the Ritz-Carlton in New Orleans. All hotels in the area came together to donate food. I remember rolling racks across Canal Street to the Ritz-Carlton, cooking and setting up. It was an experience.

Chef whose cuisine would like most to eat: It would be the godfather of molecular gastronomy, Ferran Adrià. He had the restaurant elBulli in (Barcelona) Spain. I’m interested in his approach to modernist cuisine and the way he collaborated.

Generously season both sides of chicken with salt and pepper. In a hot saute pan melt half the butter and place chicken in pan skin-side down, allowing skin to get crispy brown. Reduce heat to low, turn chicken over and continue to saute for a few minutes. Remove chicken and deglaze pan with white wine by cooking and stirring the wine over moderate heat to dissolve the drippings left on the bottom of the pan. Let liquid reduce by half, mount remainder of the butter by dropping and swirling it in the pan. Pour pan sauce over chicken, top with chutney and serve with hash.

In boiling water on medium heat cook sweet potatoes and squash until tender but still firm to the bite. Drain. In separate pan cook onion, garlic and half the butter for a few minutes until onions are tender, then add andouille and fresh herbs. When andouille is hot, add parboiled sweet potatoes and squash and remaining butter. Sautee until fully incorporated and hot. Add chicken stock and mustard and cook until most liquid is absorbed.

In a saucepan combine all ingredients. Cover and bring to a boil, then reduce heat to low and continue to cook until mixture is thick.