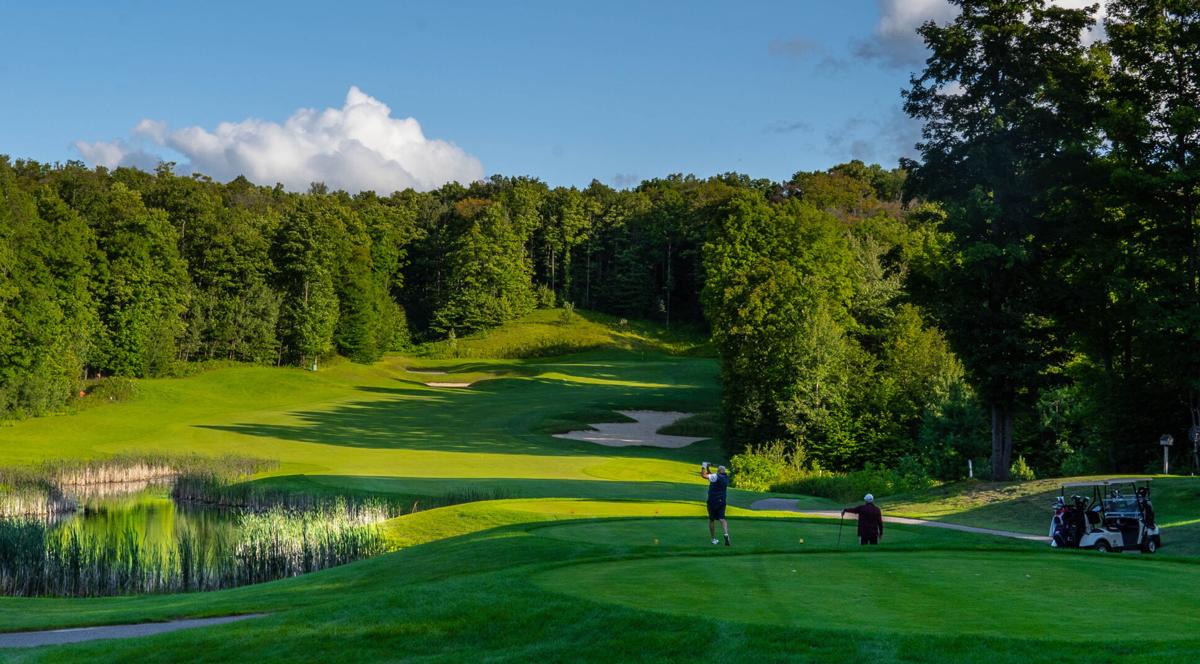 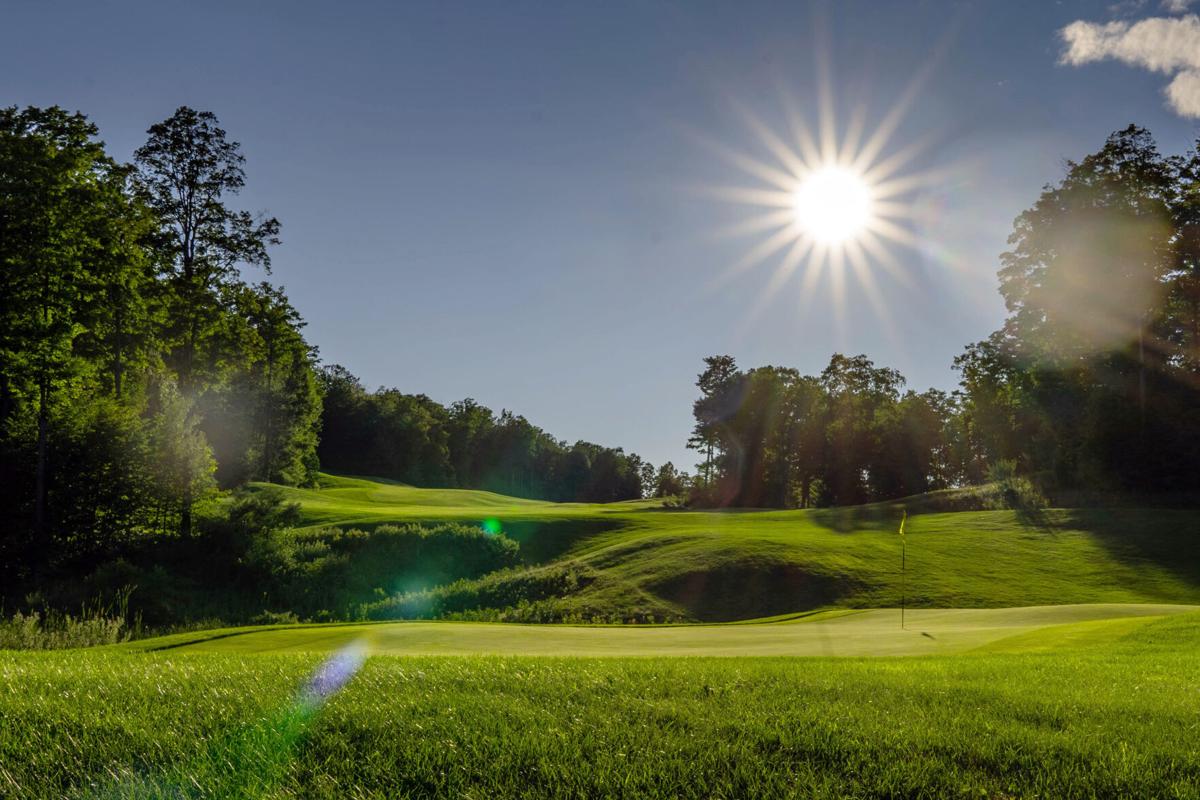 With 90 holes at one destination, Shanty Creek becomes the largest golf resort in Michigan and throughout the Midwest. 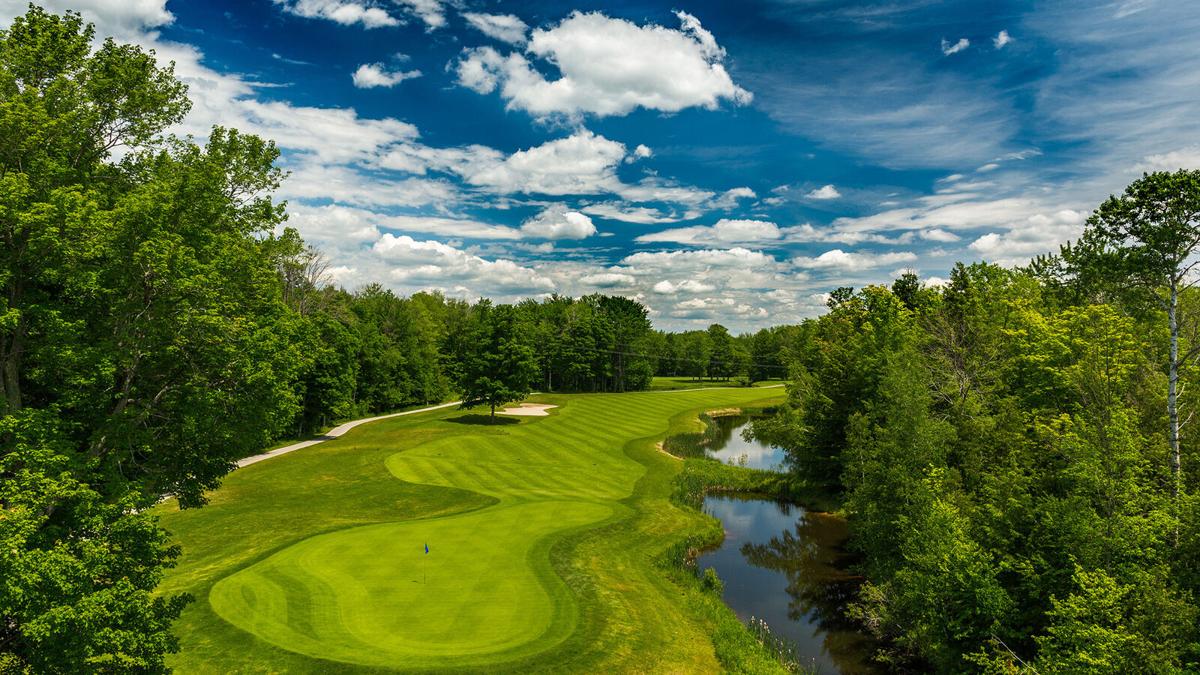 Crystal Mountain allows junior golfers, 17 and under, to golf free Monday through Thursday after 3 p.m. on the Betsie Valley course when accompanied by a full paying adult. 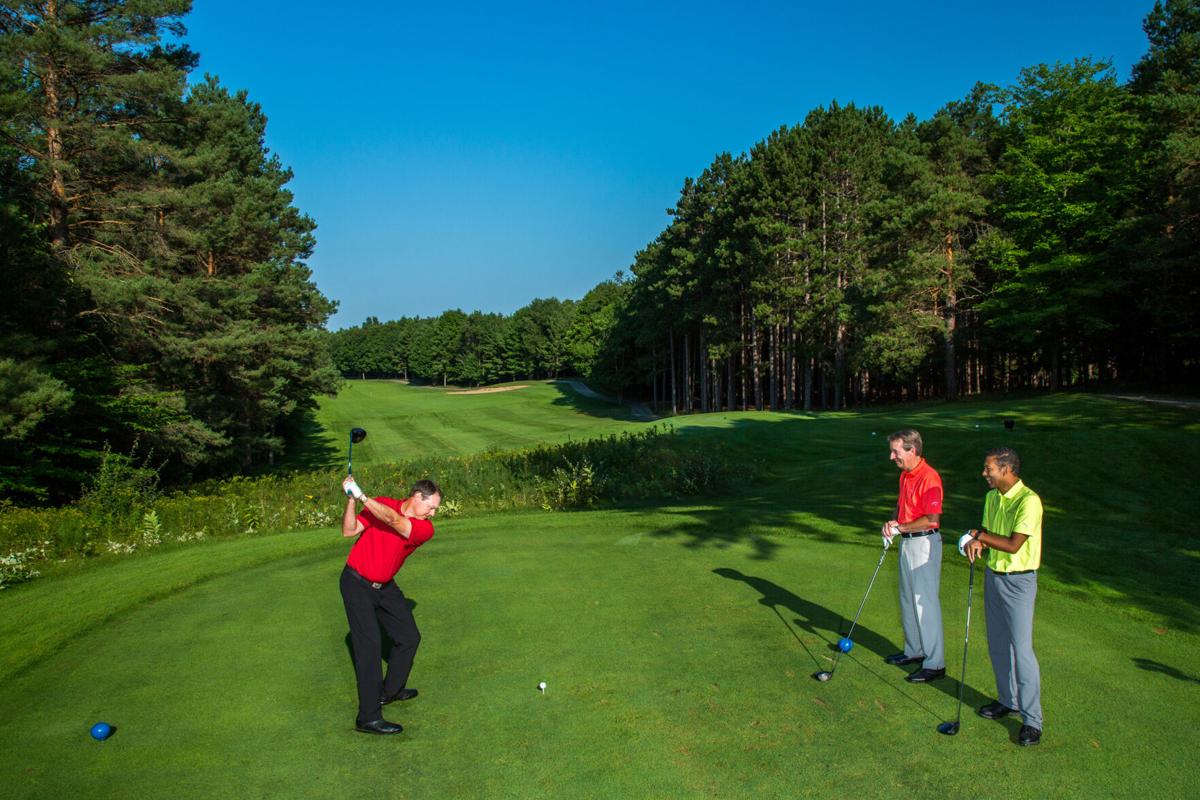 The Light Up The Night Concert Series happens Sundays on the Elmbrook patio with Kenny Olson and friends. 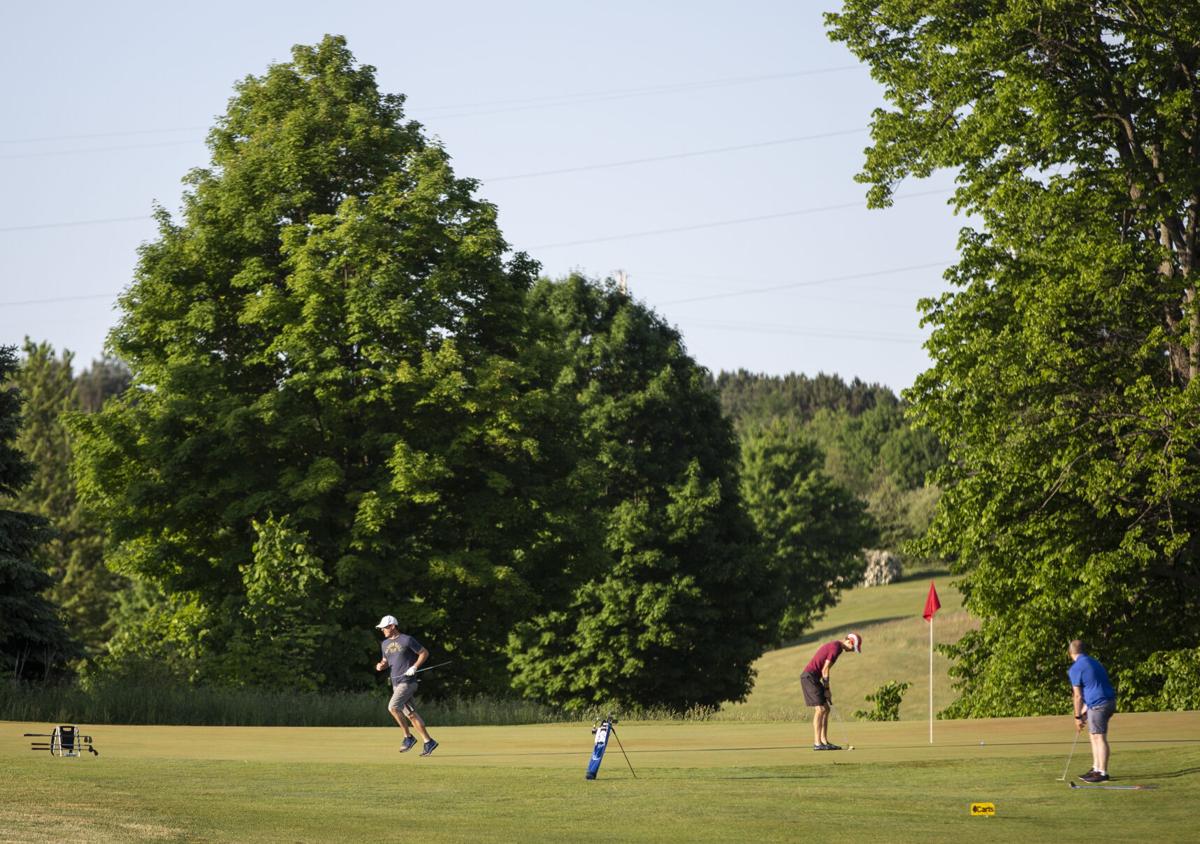 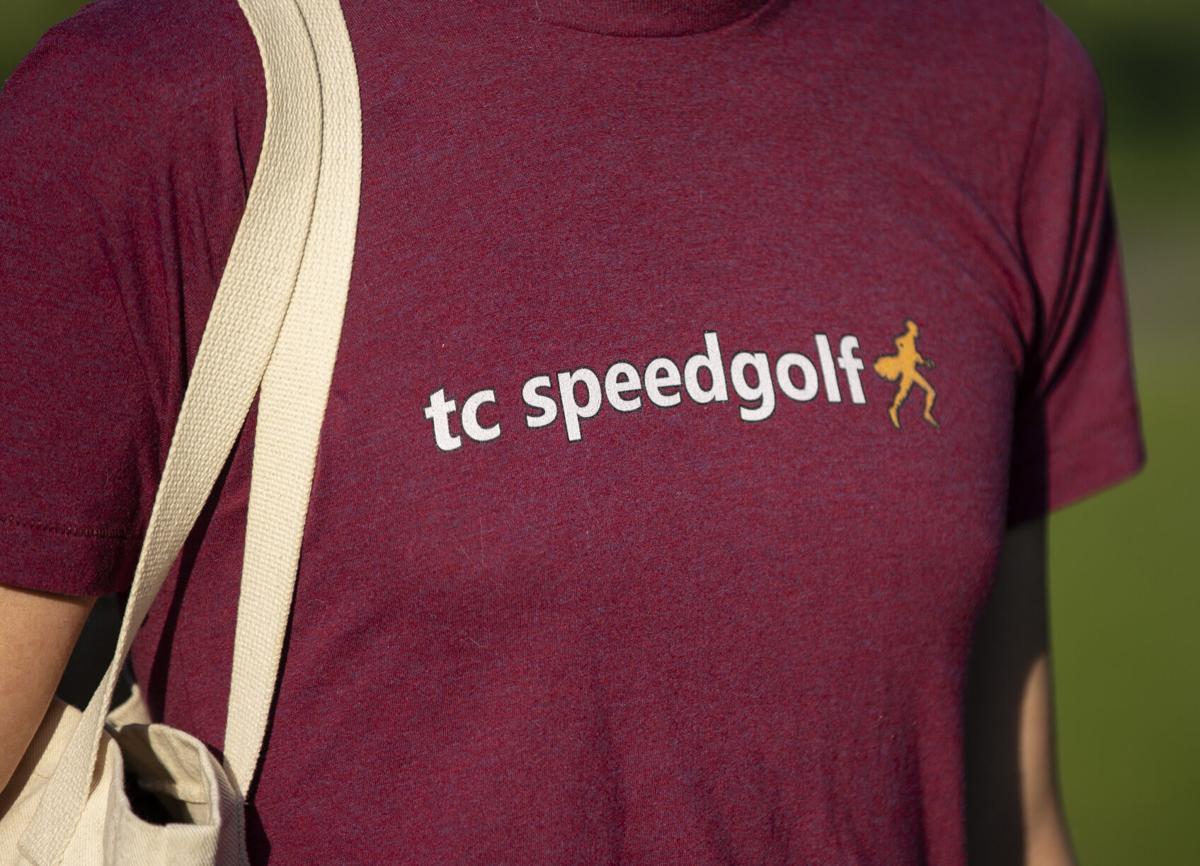 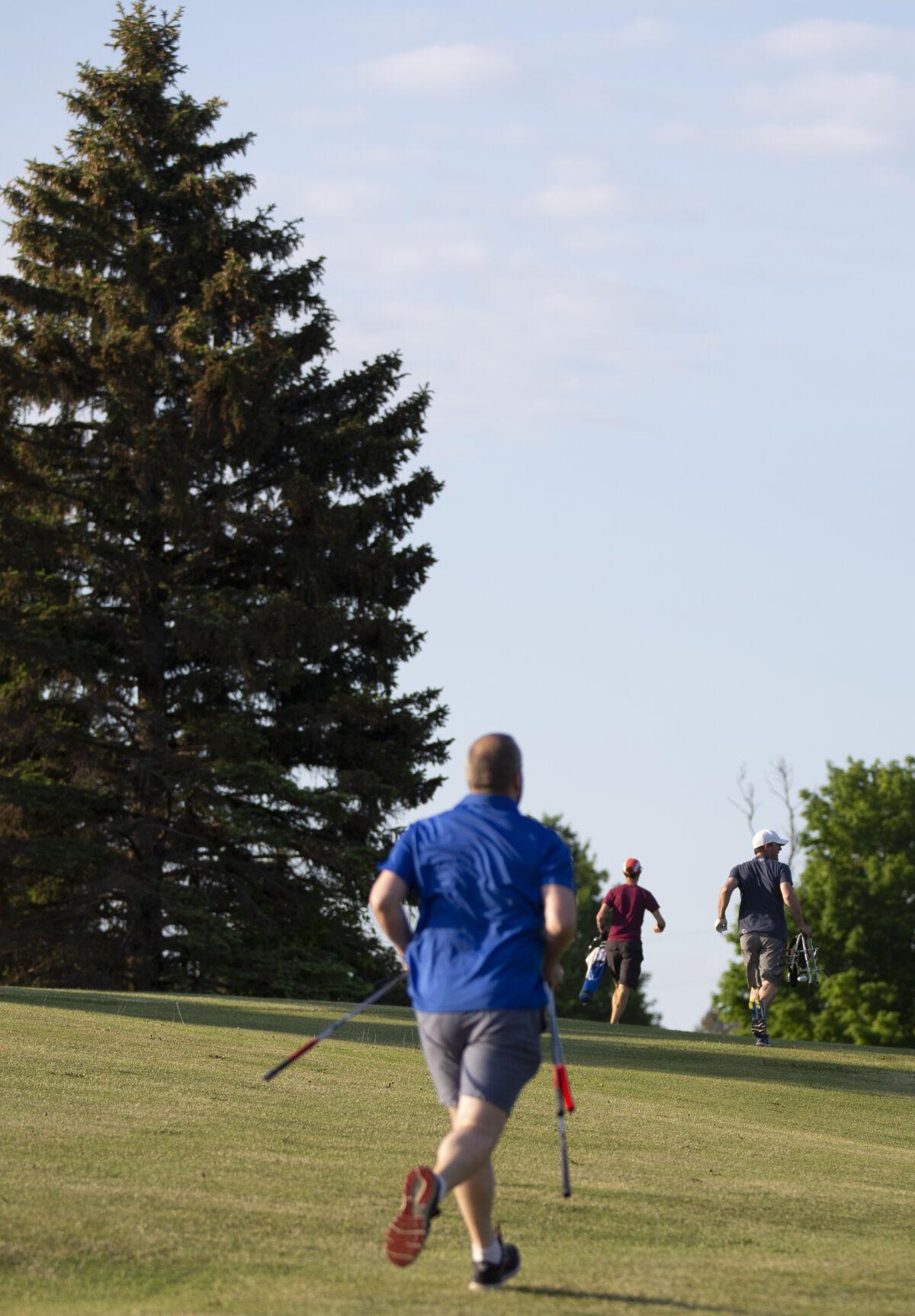 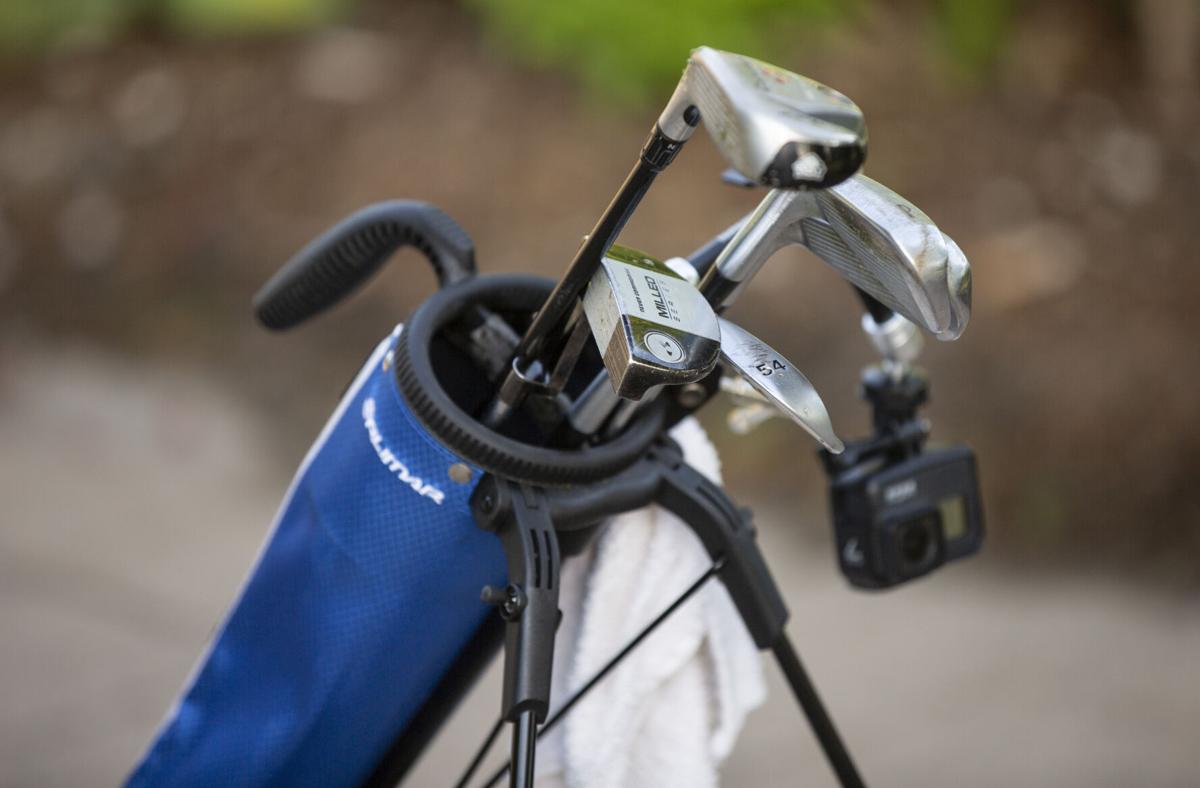 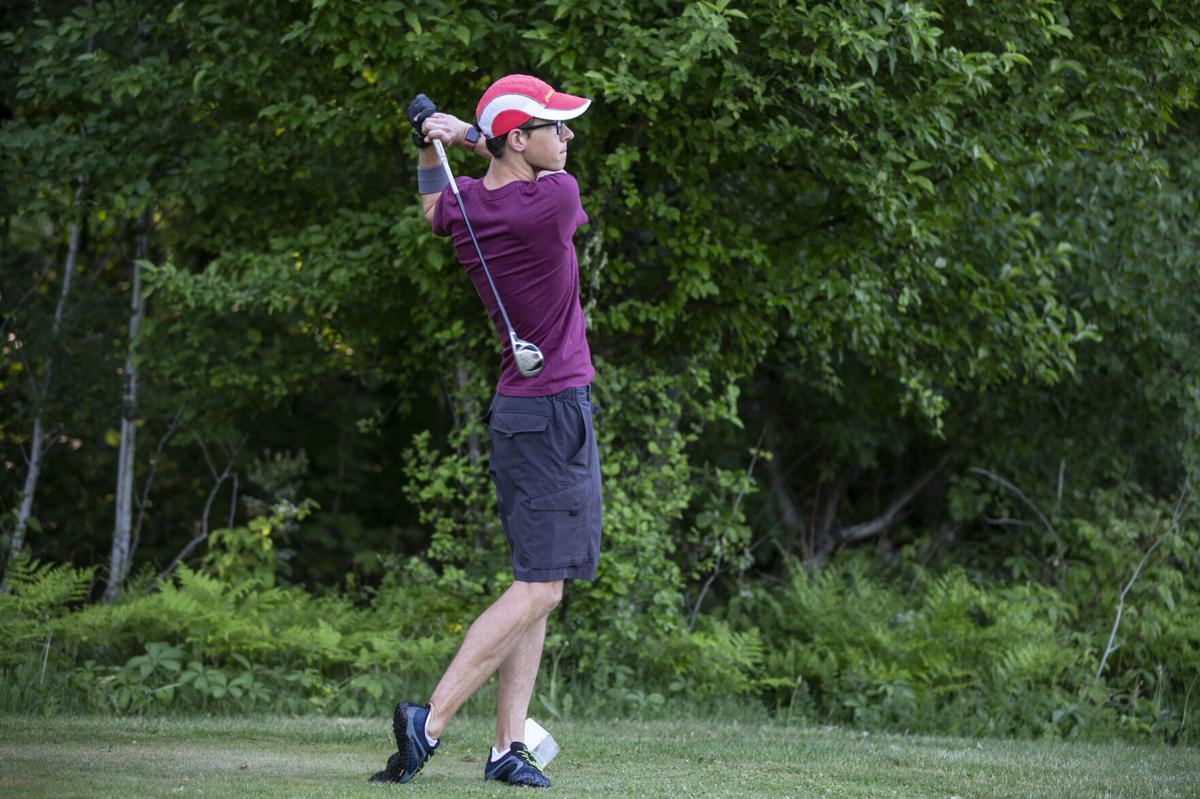 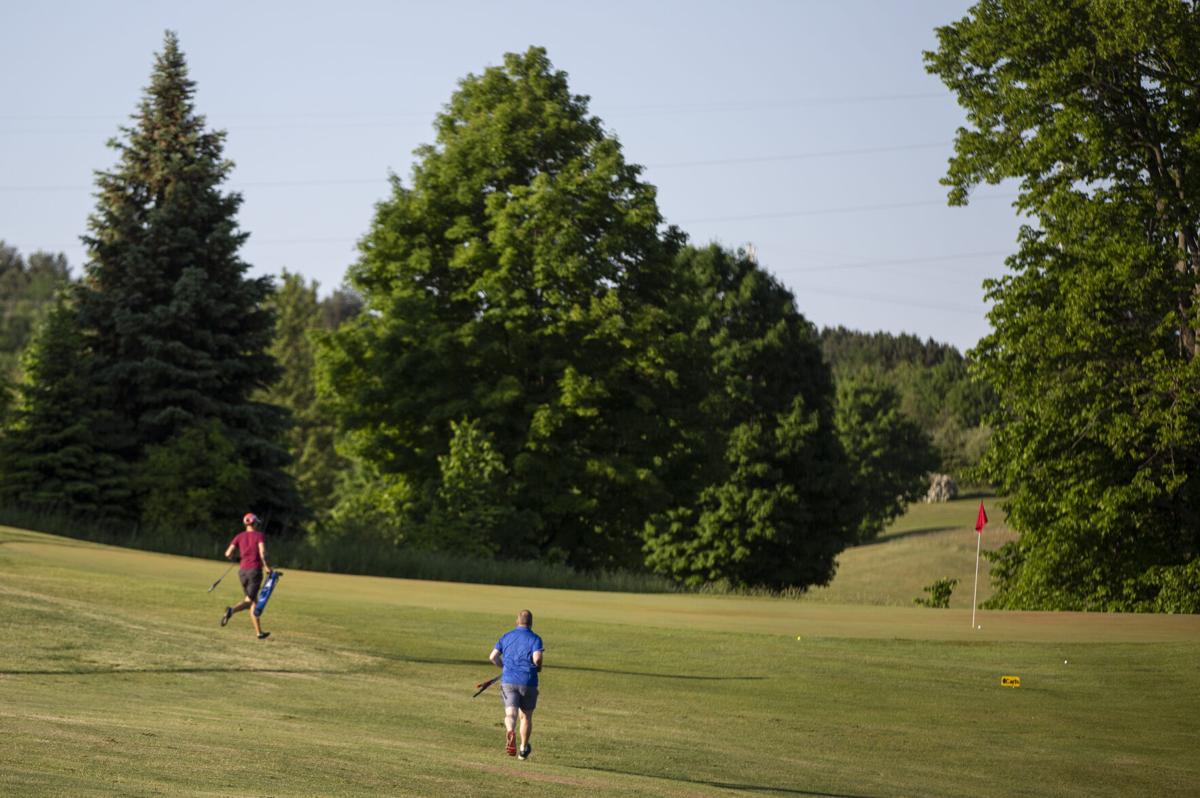 With 90 holes at one destination, Shanty Creek becomes the largest golf resort in Michigan and throughout the Midwest.

Crystal Mountain allows junior golfers, 17 and under, to golf free Monday through Thursday after 3 p.m. on the Betsie Valley course when accompanied by a full paying adult.

The Light Up The Night Concert Series happens Sundays on the Elmbrook patio with Kenny Olson and friends.

Despite the pandemic, area golf courses ended the season last year in good shape. Many with one of their better years, and the feeling around the Grand Traverse Regional golf scene is that 2021 may be one the best years ever.

Shanty Creek Resort recently announced the acquisition of Hawk’s Eye Golf Course giving it 90 holes at one destination and ranking it among the top 10 largest golf resorts in North America.

“Despite the pandemic last year was one of Shanty Creek’s best golfing years ever. Despite losing much of May and June, the rest of the season was very strong,” said Chris Hale, Vice President of Sales and Marketing, when we spoke recently. “Being able to add Hawk’s Eye is testament to our success. Our early season bookings have been our best ever, and I expect this coming golfing season to be our best ever.”

The resort offers daily shuttles between the five courses. Shanty also added a new fleet of golf carts for the coming season and a Topgolf Swing Suite golf simulator in the River Bistro.

Grand Traverse Resort’s longtime director of golfing operations, Tom McGee, had much the same opinion when asked about the coming season.

“We just finished our best May ever and online tee-time reservations for the coming summer are 100-percent ahead of this time in any previous year. Last year finished strong after June and that trend is continuing. We may be headed for our best golfing season ever at the resort,” he said with a smile in his voice.

The resort is again offering the popular Golf Your Daylights Out special June 20-27. The event provides unlimited golf on all of their courses including The Bear. Get in as many holes as you can. It’s some of the longest days of the year. The cost is $149 for non-resort guests. Book early. They are also offering the National Cherry Festival Golf Special July 3-11. The cost to play The Bear or Wolverine is $109 and $69 for Spruce Run for 18-holes with cart.

A-Ga-Ming Golf Resort has added a fourth course to its stable with the acquisition of Charlevoix Country Club, joining the two original courses The Torch and Sundance overlooking Torch Lake and Antrim Dells located about halfway between. They’ve opened a new clubhouse at A-Ga-Ming with a patio Pizzeria and wood-fired stone oven. A new brick cart barn was added on the Sundance Course that resembles an old countryside barn fitting in with the links style course.

South of town Elmbrook Golf Course remains open for this season while a sale is pending for one of the area’s oldest courses that opened in 1964. Elmbrook, in addition to golf, has a full slate of evening events including night golf and Wine and Dine events on their calendar for this year. Sunday Shambles, scheduled Sunday evenings, including golf and a musical concert.

At Bay Meadows they added 650 yards of length to the course and new tees over the last couple of years, according to owner Mike Husby. Also added were several new tees, including grass turf tees, to the driving range, and Trackman 4 Technology, which is used by the pros, is a new addition to their learning center.

“We were really happy to learn that our longtime instructor Scott Wilson recently received the PGA Instructor of Youth Development Player of the Year National Award. It’s quite an honor,” Husby proudly pointed out. “We’re seeing a real uptick in youth golf, a lot of interest. It’s great for the sport.”

In Leelanau County, Bahle Farms is under new ownership, which occurred at the start of the season, according to Melissa Obis, who is spokesperson for owner Crosby Duckman.

“We were able to take over from the start of the season, and it’s working well. The season is off to a great start and the course is in great shape. It’s looking like a really busy season shaping up,” she enthused.

They’ve concentrated on improving the grill and enlarging the patio outside to offer more seating. The menu will be expanding with additional items being added for evening meals. The other change was moving leagues to late afternoon and early evening to free the golf course up for daytime public play. Fruit growing operations will continue on the family homestead that has been farmed since the 1940s. It’s part of the unique charm of this hillside course with orchards growing next to fairways.

Brad Dean, owner of Interlochen Golf Course, has the old course in the best shape it has been in recent years.

Since taking over the course a couple of years ago he has changed all the bunker sand, taken out trees that needed to be removed, redone many of the greens and tees and upgraded maintenance. Bradley’s restaurant, open every night for dining, has added outdoor seating under tent pavilions.

“It just needed some tender loving care. It has responded, and so have the golfers. We ended up with a great year last season, and the first couple of months this season have been packed every day,” said the PGA Pro. “We saw lots of new members join last year and that’s continuing this season. There were more kids and young adults playing than I’ve seen in previous years.”

Crystal Mountain saw a renewed interest among area golfers and new golfers, according to Sammie Lukaskiewicz, Vice President of Marketing and Communications. They also saw a boost from kids last summer when many organized sports were canceled, and hope to continue that trend. The resort allows junior golfers, 17 and under, to golf free Monday through Thursday after 3 p.m. on the Betsie Valley course when accompanied by a full paying adult.

TRAVERSE CITY — When Adam Lorton had kids, he could no longer justify being out of the house for 4.5 hours at a time to play an 18-hole round of golf.

So he found out about speedgolf, where golfers play nine holes in 30 minutes.

That allowed him to maintain his fitness goal and still play the game.

They tee off at 7 a.m. Fridays to give golfers a workout with enough time to get to work later in the day.

“Speedgolf is exactly what it sounds like: it’s golf plus running,” Lorton said.

A golfer’s score is the number of strokes they finish nine holes in, plus the time in minutes it took them to complete the holes. For example: 36 strokes in 30 minutes would yield a score of 76.

Lorton said competitive speedgolfers can finish the front nine at Elmbrook in about 20 minutes.

“30 minutes is not an unreasonable promise,” Lorton said. “With three of us — two guys who had never played speedgolf before and me — we got around in 42 minutes.”

Many golfers approach speedgolf expecting both their scores to tank and the relaxation element of the game to go away.

Lorton said to his surprise and delight, neither of those things turned out to be true.

“It turns out, my scores are about the same when I play speed golf, and because of playing sped up, I think my regular golf game has got better,” Lorton said. “And there’s still plenty of time to enjoy the enjoy the scenery, enjoy the outdoors, even when you’re playing speedgolf.”

He said why that may be is although speedgolfers lose shots with the pace of play, they also gain shots by thinking less about them.

Cameron Rondeau, 35, played with Lorton at the inaugural round of speedgolf at Elmbrook May 21.

Rondeau said he liked golfing and running, but wasn’t great at either.

“It sounded like the best of both worlds,” said Rondeau, who works as an accountant at Munson Medical Center. “By nine holes I’m usually ready to be done, and usually after a few miles I’m ready to be done running. So a quick 45 minute round of golf getting a few miles of running in sounded pretty fun to me.”

Rondeau said he didn’t even know what he shot or how long it took him to complete the course. Lorton kept score. By the time he reached the ninth hole, he didn’t even realize the round was over.

“You hit and you don’t have time to be upset about how bad it was,” Rondeau said.

Competitive speedgolf has a small, but dedicated, following.

Last year Lorton played in weekend 36-hole tournaments in Kentucky and Minnesota. In those, tournament managers will typically set a par time for the course.

Worldwide the sport has been played in England, France, Switzerland, Sweden, Finland, Australia, New Zealand and Japan, according to US Speedgolf.

Lorton partnered with Elmbrook to be the first course in northern Michigan to offer the variant. They were the obvious partner for a number of reasons.

“By offering speedgolf, we can fill more early morning tee times,” said Cindy Johnson, general manager of Elmbrook Golf Course. “At Elmbrook, we are always working to keep the game fresh and fun. Whether it’s speedgolf, foot golf, night golf, or disc golf, you can find it at Elmbrook.”

Lorton said he had to check with the maintenance managers at Elmbrook just to make sure if they wouldn’t mind golfers running on the fairways in golf spikes as they approach their balls.

“They said ‘we think you guys are nuts, we can’t imagine why anyone would really want to do this, but sure, go for it,’” Lorton recalled.

The league at Elmbrook tees off around 7 a.m. Fridays.